Once I reached Fountain City, I felt like I was back on the Flood Run.  After only a brief ride on WI-35N, I took another excursion.  I like County Road O near Red Wing so much that I decided to check out County Road O (a totally different road) near Cochrane, WI.  It's yet another fun curvy road.  These shots were taken where it meets WI-88. 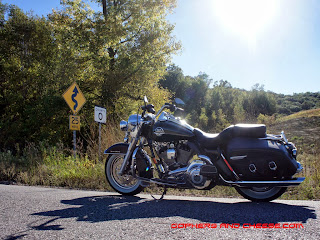 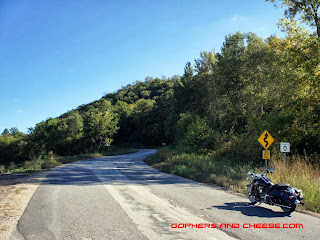 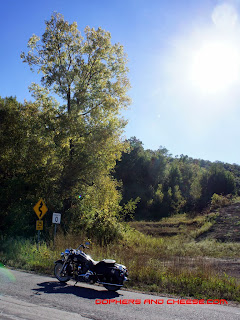 I rejoined WI-35N and followed it all the way back to Prescott.  The ride back was really nice now that the sun was out and the sky was clear. 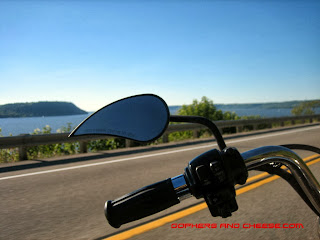 Once in Prescott, the No Name Saloon was packed. 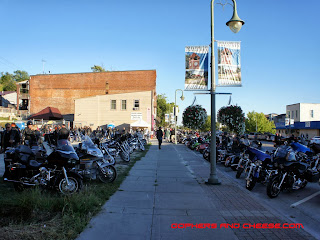 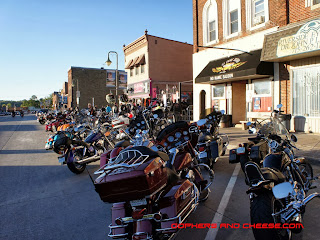 I think this is Donnie Smith's bike. 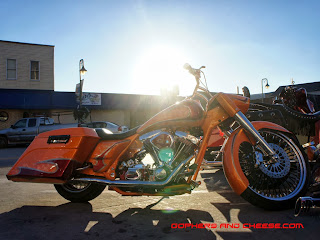 I tend to prefer more classic paint but these skulls were well done. 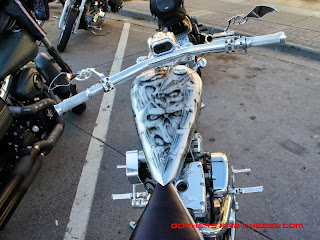 These appeared to be homemade saddlebags. 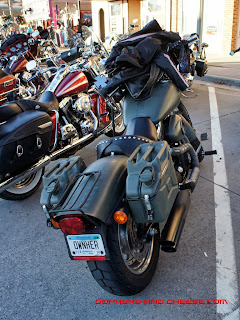 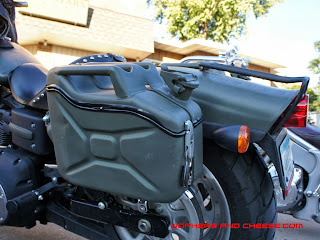 I crossed back into Minnesota at Prescott and rode through the cities to get home.  Here's Minneapolis as the sun was getting close to setting. 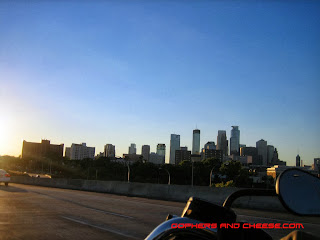 Like I said, start-to-finish was 435 miles over about 11 hours.  I didn't stop at my normal Flood Run stops, I didn't eat & drink my usual Flood Run food & beverages, and I didn't do my typical Flood Run things but it was a lot of fun and a nice way to spend the day.  At least I bought a Flood Run wristband. 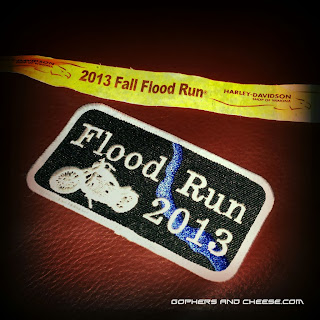