For 20 years, The Joint has hosted a pre-Sturgis party called the Hog Feed.  I have attended 4 of the last 5 years.  It's usually a big gathering with music, beer, free food, and bike games.  Since 2012 was the 20th, The Joint put on an even bigger spectacle than normal.  It was held on July 29th and the weather was beautiful and the event got a great turnout. 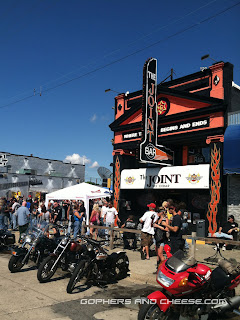 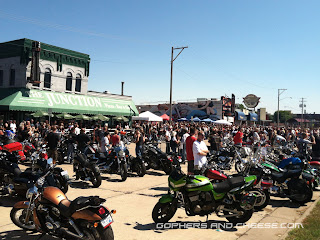 The first thing I noticed were ramps set up for motocross-style jumps and tricks.  The guys put on a great show. 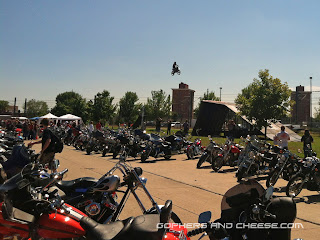 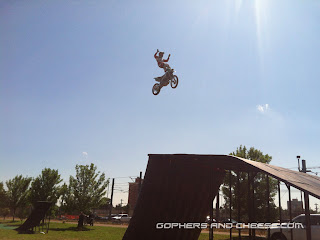 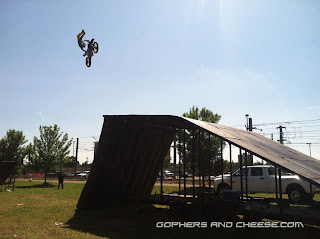 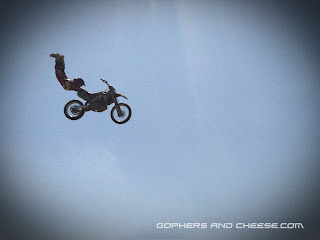 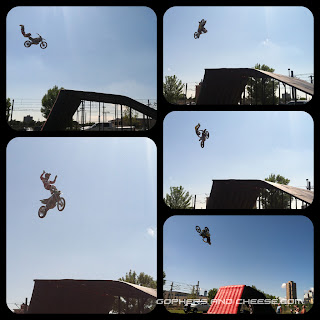 In addition to the motocross bikes, there were sportbikes stunting too. 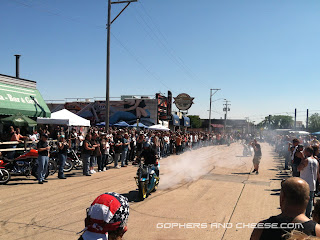 There were multiple attempts to do a stoppie and have the rear wheel then smash a can of soda.  This guy finally succeeded. 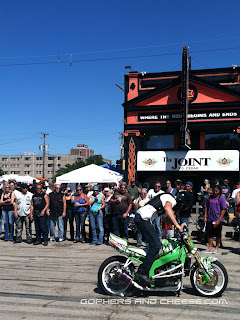 Come back for photos of bikes spotted at the event in part 2.

Email ThisBlogThis!Share to TwitterShare to FacebookShare to Pinterest
Labels: Minneapolis, Stunting, The Joint