Here is a pair of Sportsters with names from the 2011 Donnie Smith Bike Show.

This one is called "Jackwagon".  It's a 2000 XL1200C with a hardtail frame, springer front end, and right-side hand shift.  This is an awesome set up.  I really like the hand shifter and the fact that the owner didn't convert to a foot clutch.  The headlight and headlight guard / grill are nice too.  There are lots of awesome details on this one. 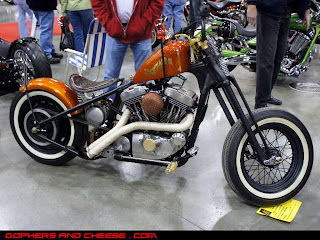 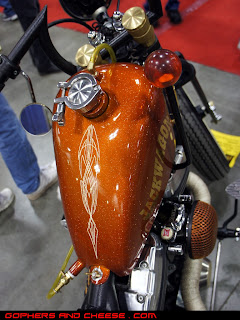 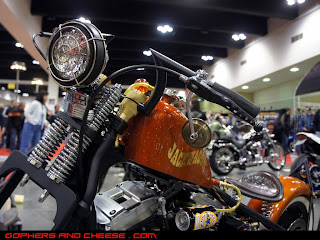 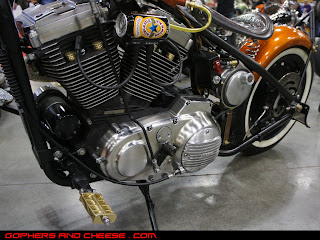 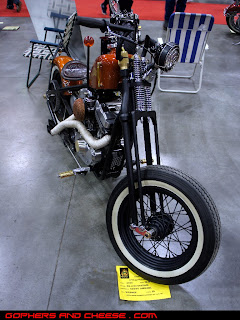 This is a 1999 Sportster named "Kill It".  The blue paint with ghosted skulls and blue anodized touches made this one stand out. 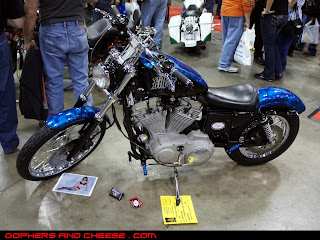 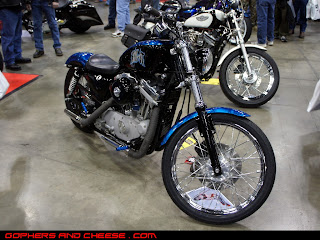 This is another cool bike with a name, but it's not a Sportster.  "Charlie Horse" has an 80" evo motor in a Paucho frame with a Revtech kicker, Ultima belt drive, and Hunt magneto.  The chromed out leaf spring front end is really nice. 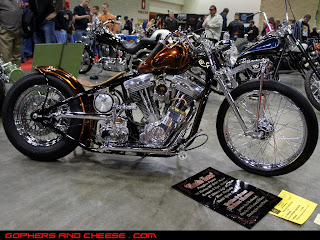