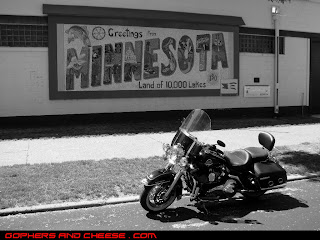 Not only are there about 150 bikes on display, you may see a few ridden out behind the building.  There's also a swap meet out back too.  Almost as impressive as the bikes on display are the bikes in the parking lot. 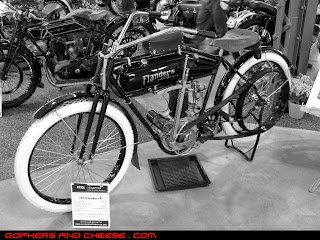 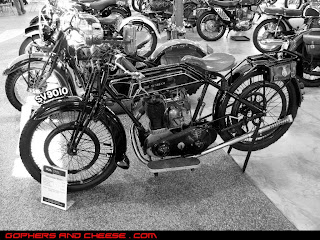 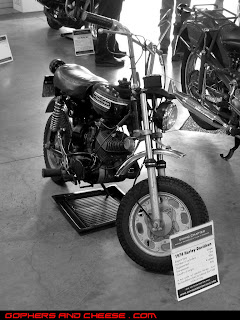 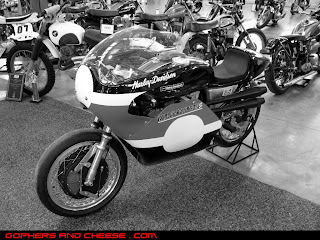 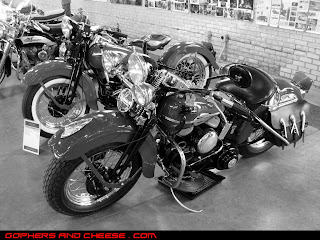 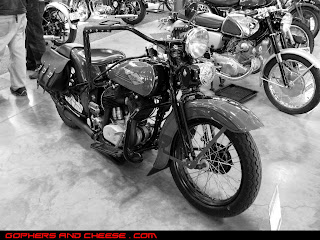 One view of the floor: 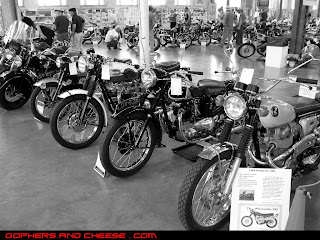 A trio of AMF Harleys: 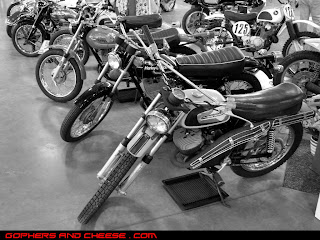 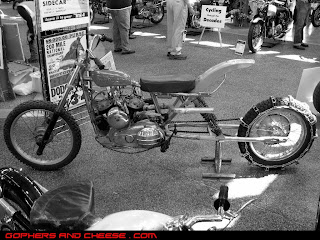 Here's one of the vintage bikes out back participating in some games: 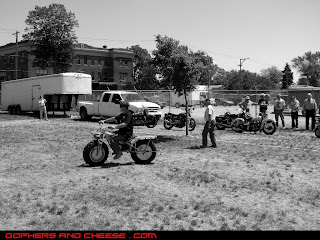