The 2010 Donnie Smith Bike Show is this weekend at the St. Paul RiverCentre.  This will be my third year attending the show.  Here are just a few highlights from the 2009 show (all photos taken March 28th, 2009).

Here is a shot of the crowd checking out the custom bikes and vendors.  There is another room to the left with a large swap meet. 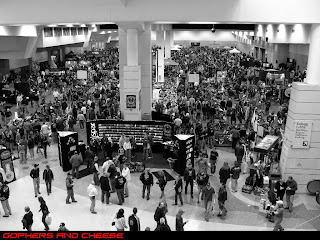 If I had to pick one, this was my favorite bike at the show.  It is beautiful mix of black and copper and it's name is, not surprisingly, "Black Copper".  It was built by Jay's Garage.  I think it's very tastefully done and is the kind of bike I would happily ride home. 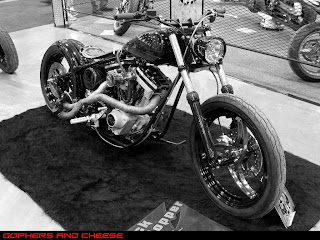 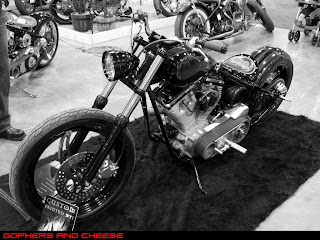 This was a close second in terms of my favorites.  Its name is Luo37 and was created by Leroy Thompson Choppers of Mentor, OH.  This one's a bit too weird to ride daily but I think it's really creative. 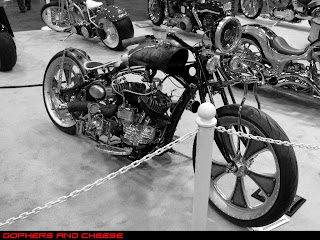 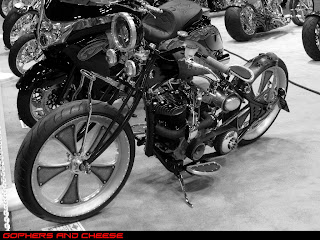 In terms of paint, the airbrush work on this tank was incredible.  The paint was done by Sprockets and the bike's name is Pin'd Up.  It was the second time I've seen the bike as it was also there in 2008. 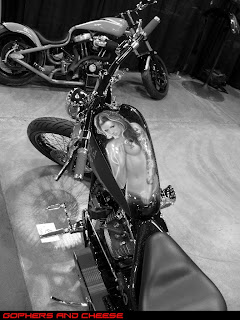 Here's a pair of bikes with some very cool details. 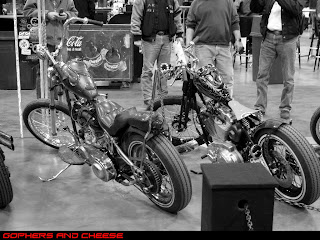 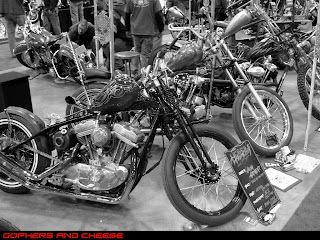 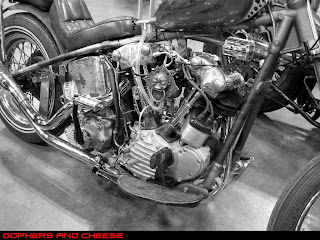 I first saw this rather strange-looking bike at the O'Reilly World of Wheels car show in the rat rod section and it made another showing here.  It is/was a 1977 Kawasaki KZ650. 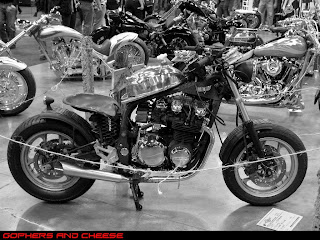 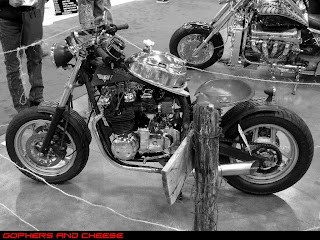 The Viking Chapter of the Antique Motorcycle Club of America always has a good presence at this show.  They have their own show at the Minnesota State Fairgrounds later each year.  It is definitely worth checking out if you like old bikes.  Here's a sampling of BSAs, a Triumph, a 1967 Sporty, and a very cool 1922 Harley Davidson JD. 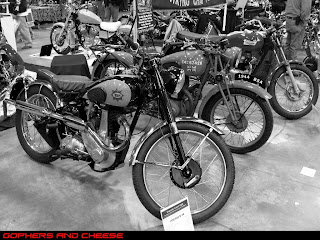 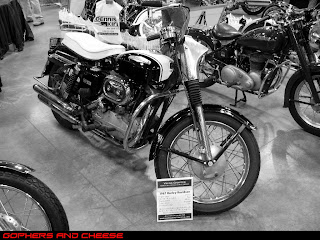 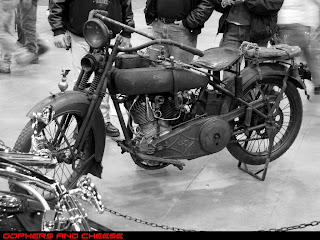 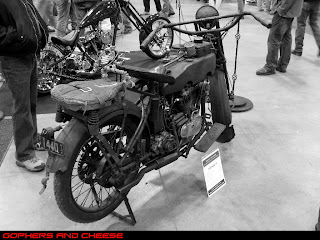 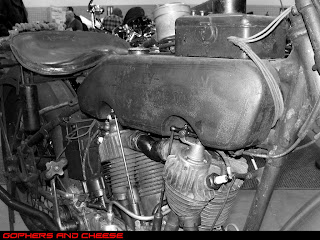 For Beginners A Complete Guide To Cycling Cyclato