The 20th Annual Ma Rad's Rumble on the Deck took place on July 9th, 2015 in Stillwater, MN at the Freight House.  While Tom Rad always puts on a good show, the venue just didn't feel as cool as past years because the setup was so different.  The show bikes ended up in the parking lot next to the Freight House instead of actually being on the deck. 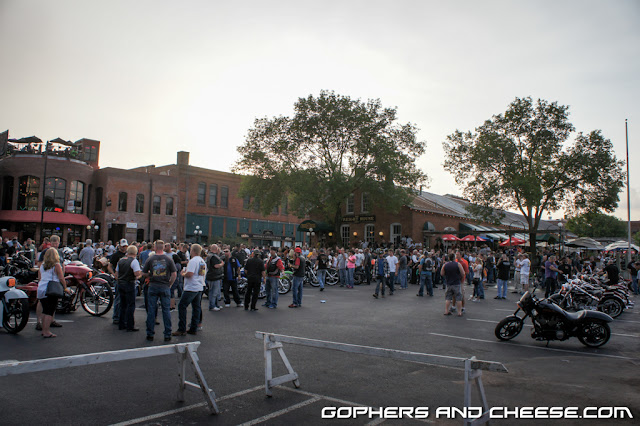 Since a lot of parking space was reserved for the show, parking for spectators was limited and I saw the cops ticketing lots of people who found space but were apparently parked illegally.  Even these two motorized scooters got tickets!!! 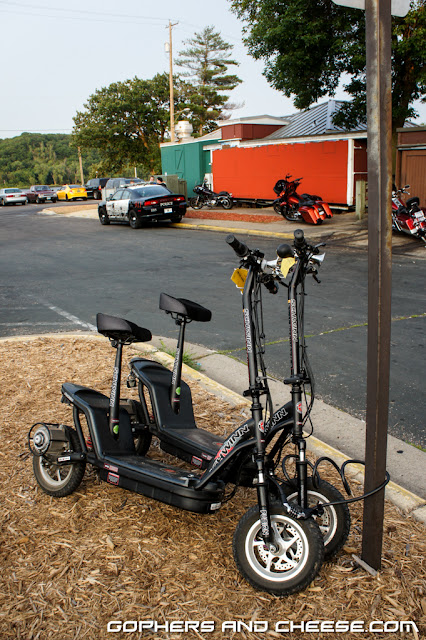 Tom's a really nice guy and I was excited to hear he was looking for a new home for the Rumble, likely outside of Stillwater.  Here he is, pen and paper in hand, hard at work making sure everything is going OK. 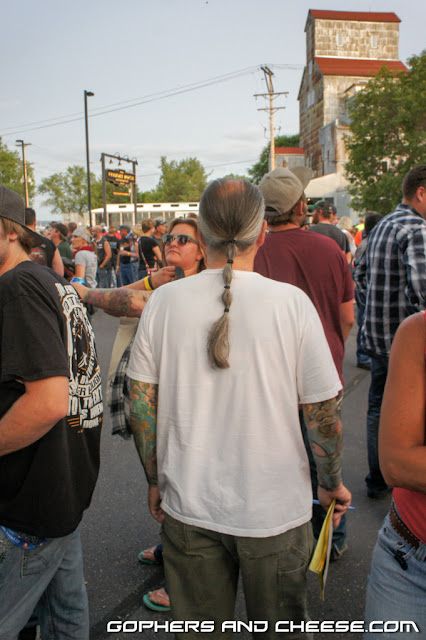 Anyway, on to the bikes! 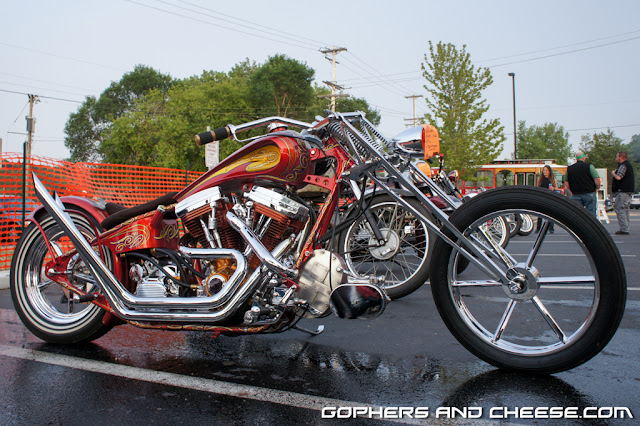 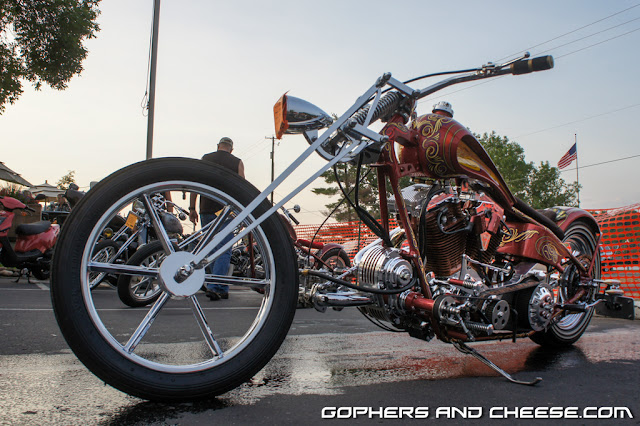 In addition to the one above, this is another one of Gilby's bikes: 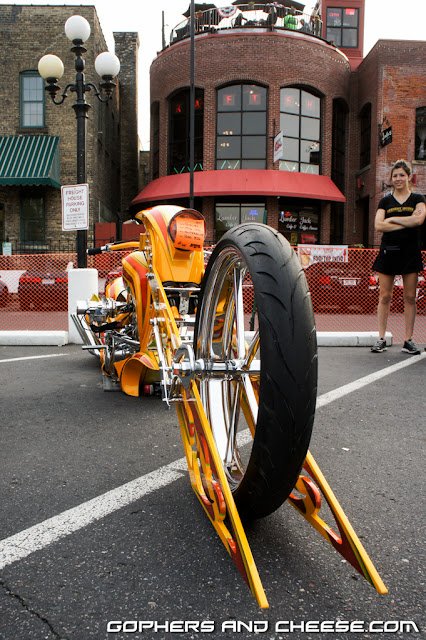 Do you love Willie G?  Well, even if you said yes, it's not as much as they guy who owns this bike: 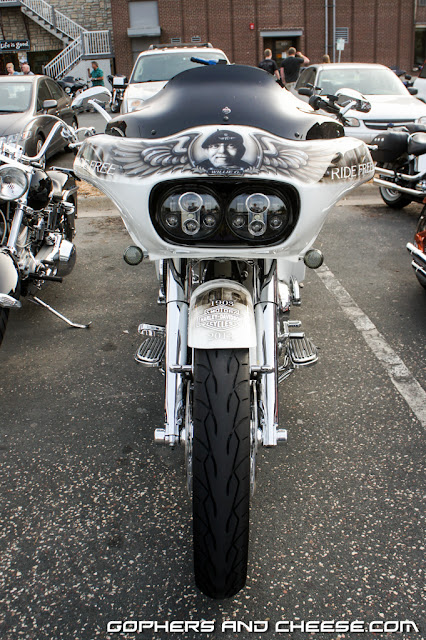 This bike is understated compared to some at the show. 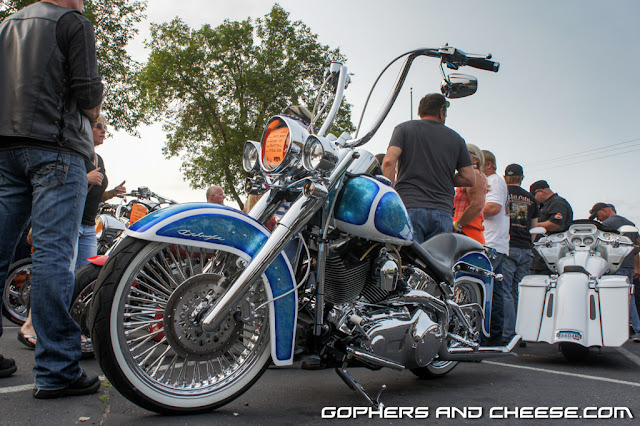 You know what's not understated?  Tigers. 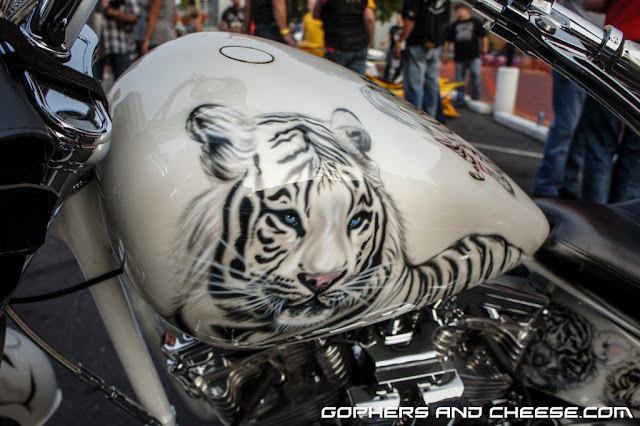 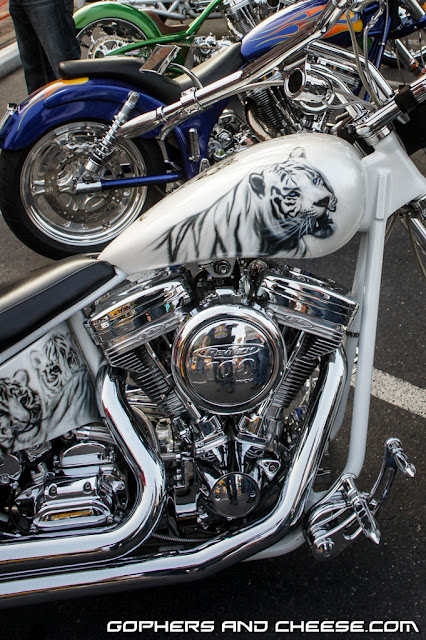 Also, not understated... when you bring your own blanket to park on. 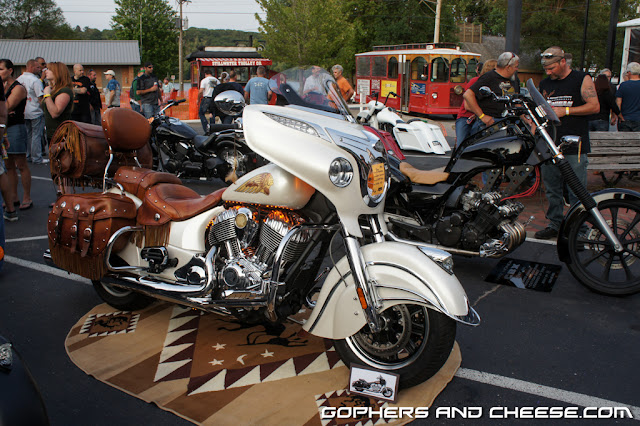 If someone were to give me a super-expensive custom bagger (since I would never buy one), there are a lot of ugly options out there.  However, I could probably get used to this one.  I just don't think I could take care of that matte paintjob.  I barely ever wash my bikes as it is. 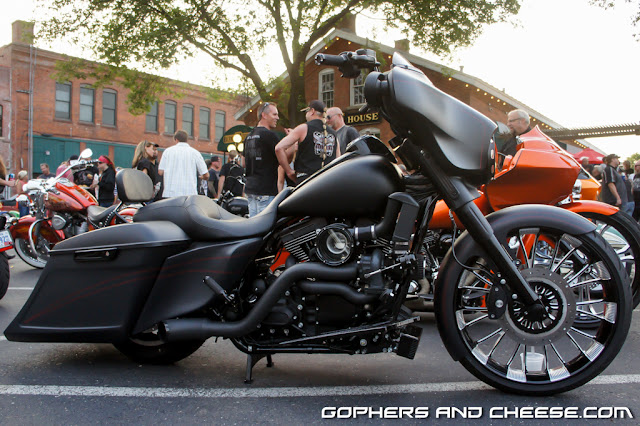 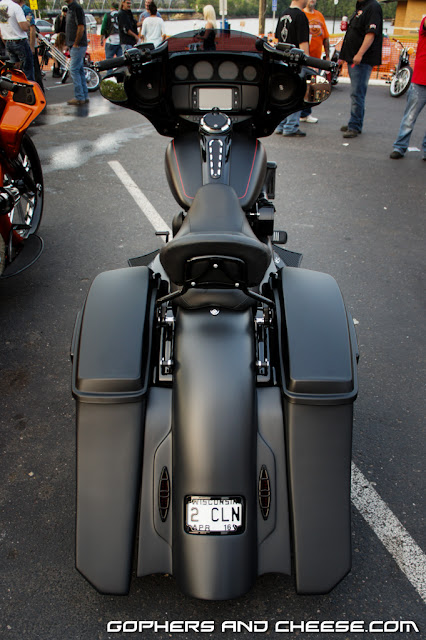 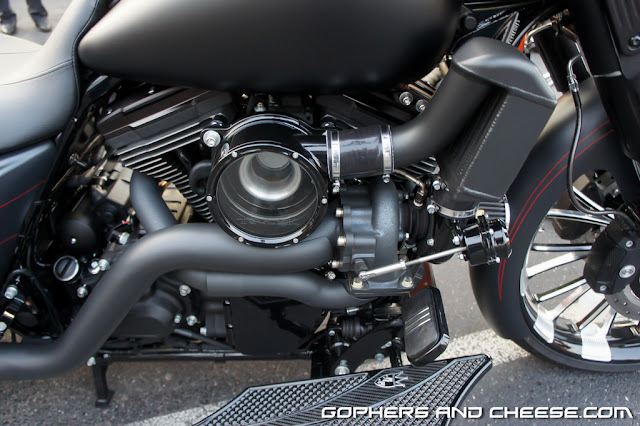 If you prefer function over form, here's a 140hp Polaris motor in a bike that did 152.30mph at the salt flats. 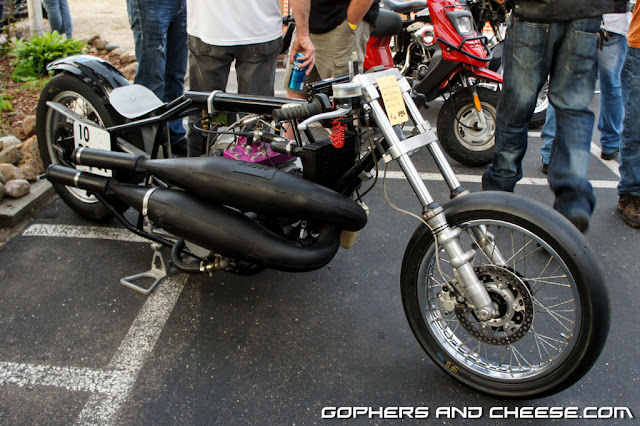 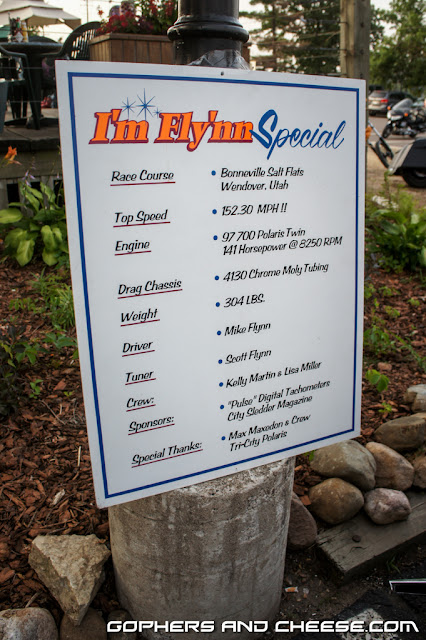 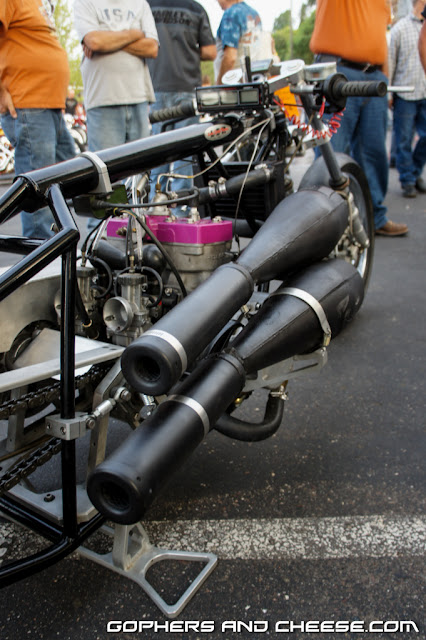 Some cool old vintage bikes are up tomorrow.

Email ThisBlogThis!Share to TwitterShare to FacebookShare to Pinterest
Labels: Bike Show, Rumble On The Deck, Stillwater