There were a few after parties following Mama Tried.  After grabbing a bite to eat across the street, I headed into Club Garibaldi. 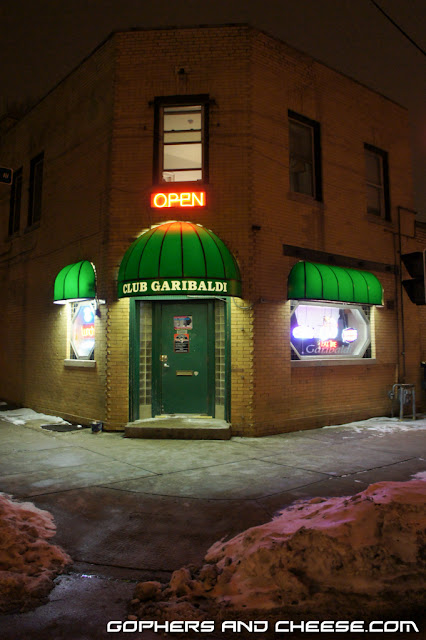 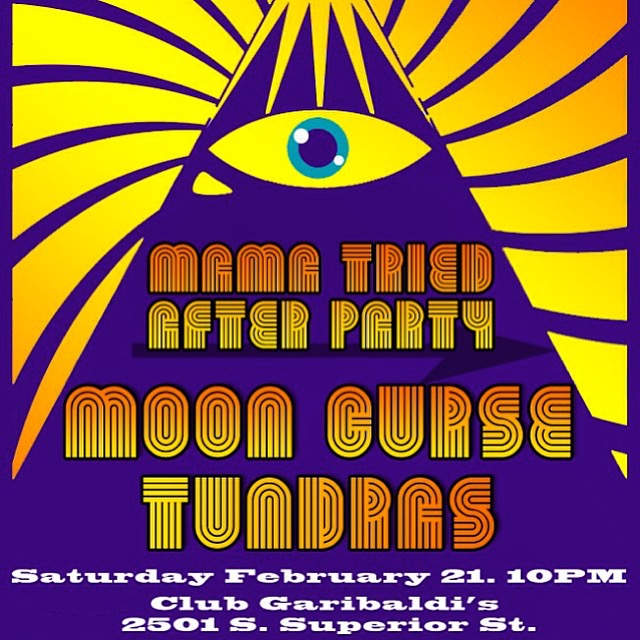 I got there a bit early as the stage was empty at first. 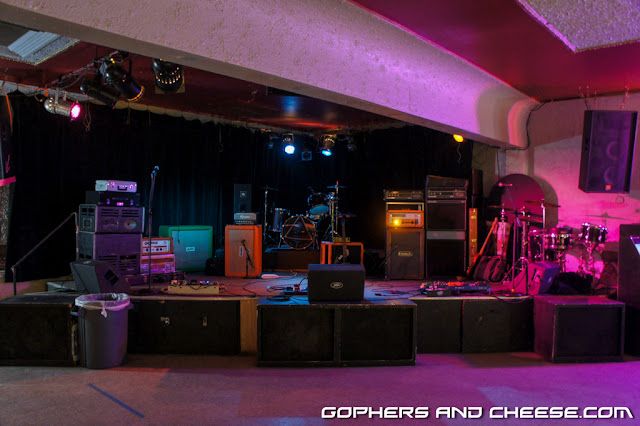 However, it wasn't long before Tundras took the stage.  The music was good and heavy but (for better or worse) it was all instrumental. 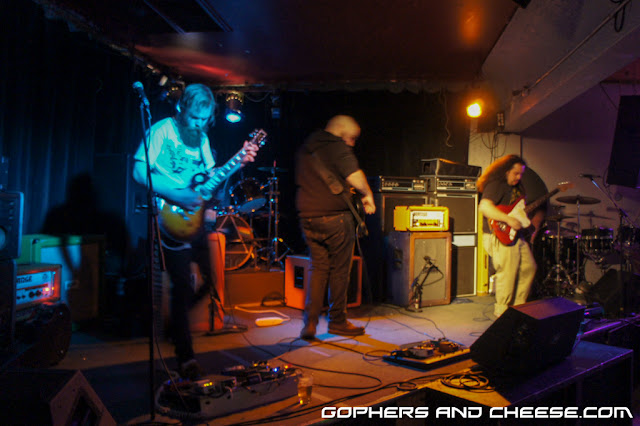 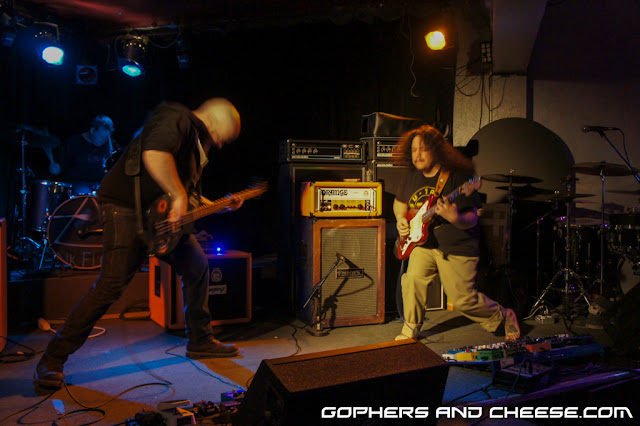 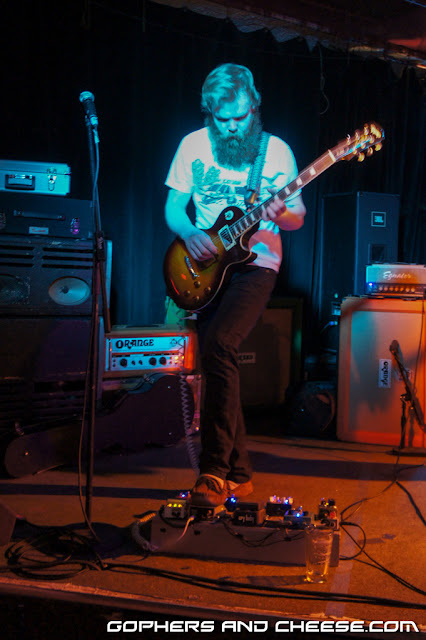 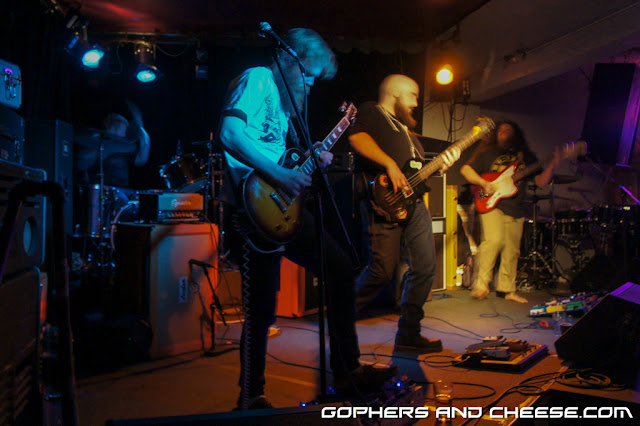 This dude played barefoot, likely so he had greater control of all the knobs and buttons. 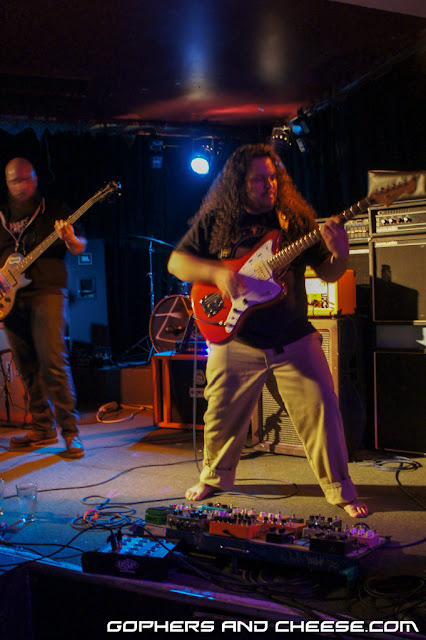 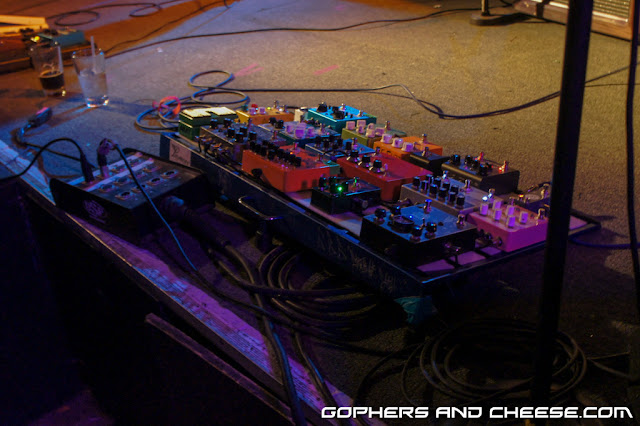 Moon Curse played after them.  They had a much more distinct doom metal vibe.  Moon Curse is headlining the 2016 pre-party at the Harley Davidson Museum. 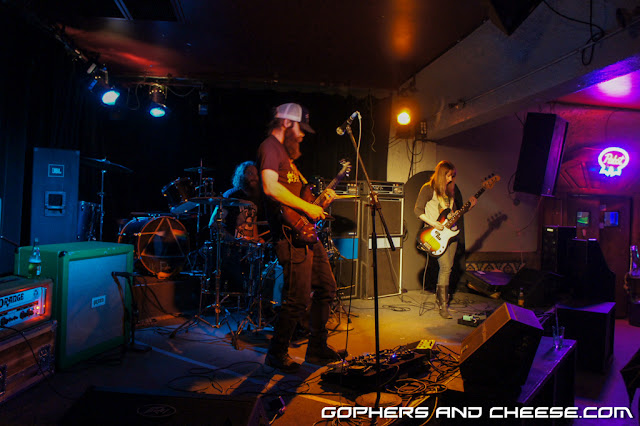 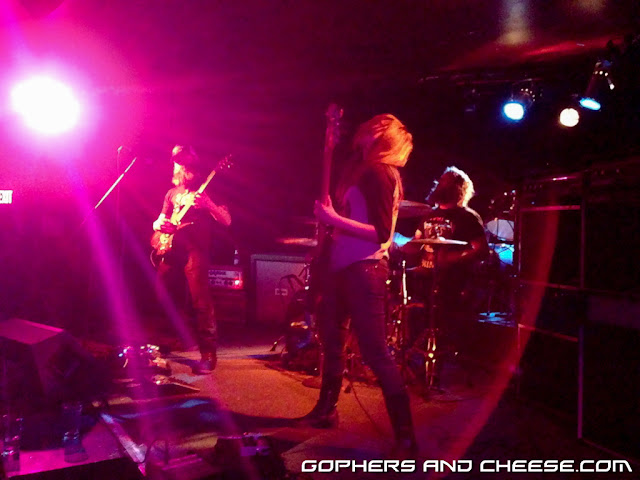 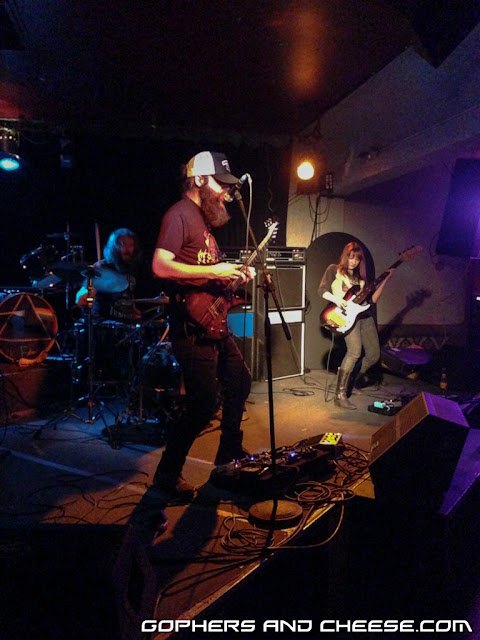 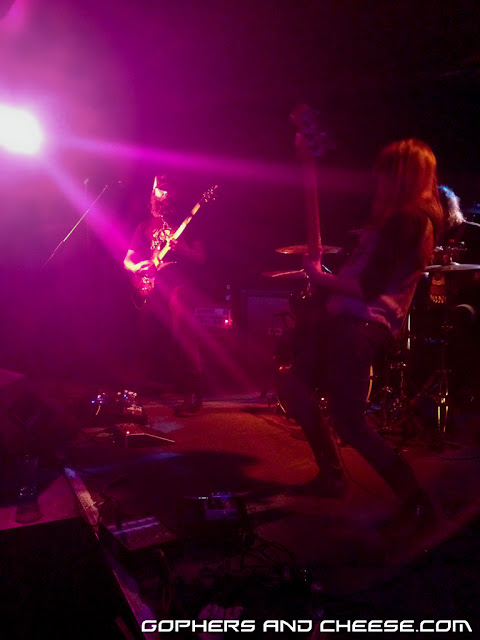 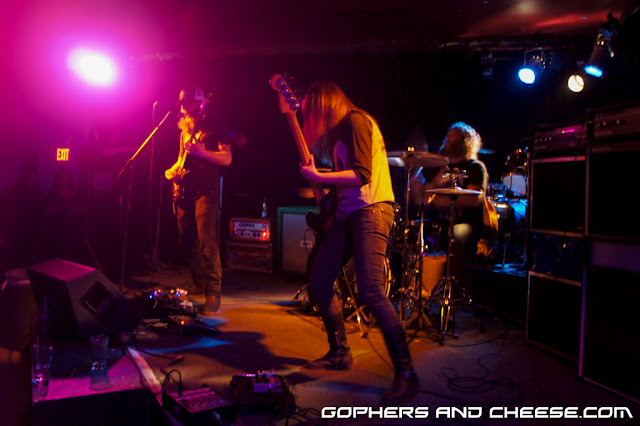 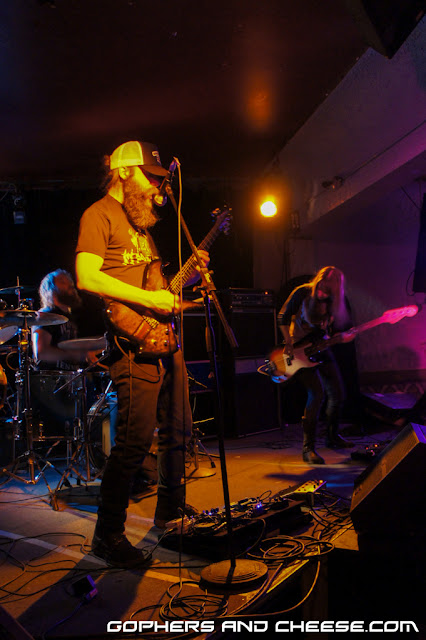 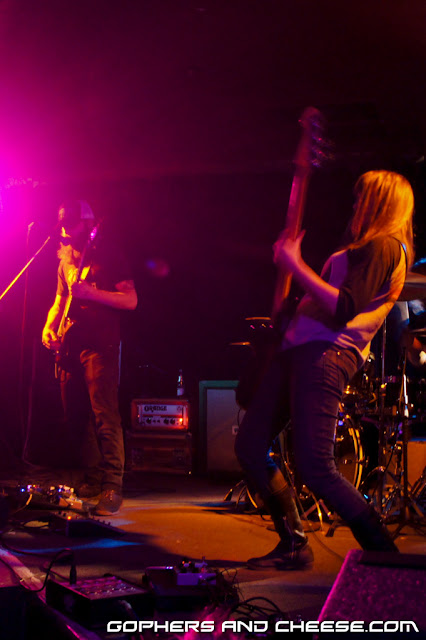 Ice riding is next!!!