I Bought Another Sportster

If you've been following this blog for even a short amount of time, you know I love Sportsters.  Well, I bought another one.  This is my (new to me) 2003 XL883R (Roadster). 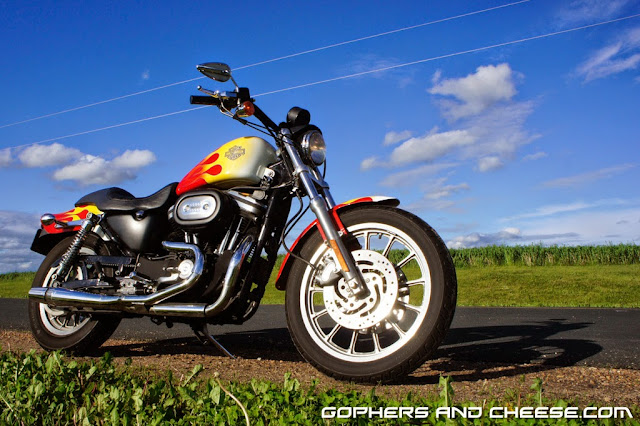 I am REALLY excited about the Moto Mania event happening August 1st at a dirt track in Owatonna and I really didn't want to risk taking my 2004 XL1200C on the track so I got it in my head that I wanted some sort of dirt bike / scrambler / dirt tracker.  Before you start thinking I bought the bike for only one day of craziness, I didn't.  I really do plan to use it long after the Moto Mania event is over.

I have been trolling Craigslist for a few weeks and came to the realization that I could get an older 883 Sportster for a little more than a nice dirt bike.  Maybe I've watched one too many Rusty Butcher videos, but this seemed like a GREAT idea to me.  After checking out one [sketchy] 2004 XL883 about a week ago and not making an offer, I went to see this one on Monday and really liked it.  Amazingly, it had just under 10,000 miles on it (that's less than 1,000 miles a year!).  The price was right for both me and the seller so I pulled the trigger. 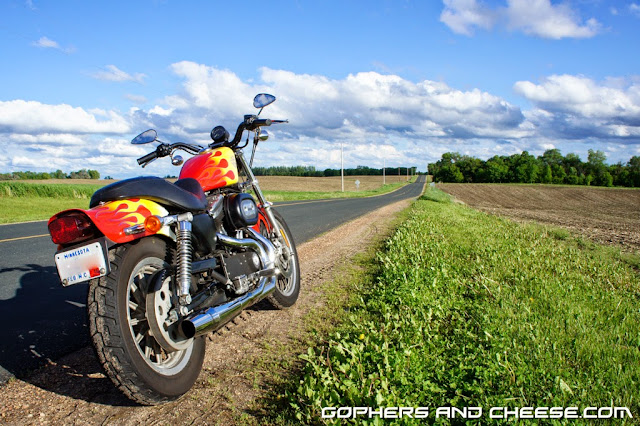 You might be wondering, why another Sportster?  How is it any different than the one I have?  I know my wife was thinking such things (among others).   There are a few significant differences from my 2004 including the fact this one has: 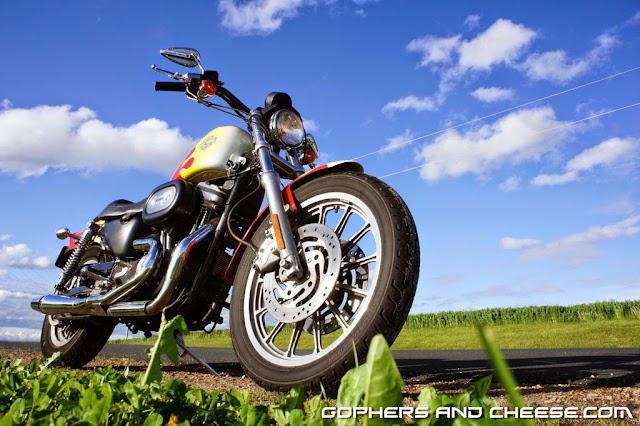 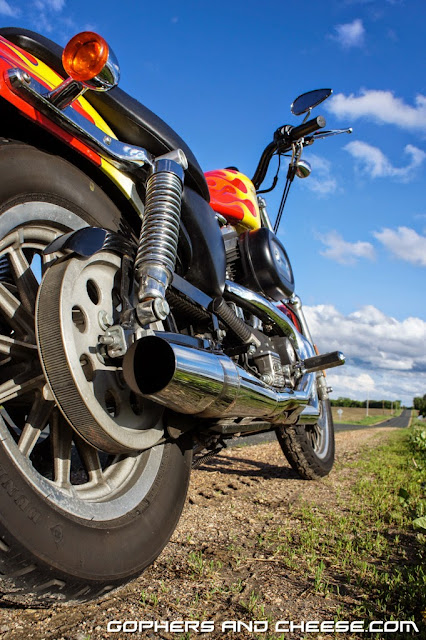 The mid-controls took only seconds for me to adjust to and were kinda fun to use.  Even though I'm 6 feet tall, the mids were still very comfortable.  I can't say whether I'd say the same thing after a few hundred miles but we'll see.  The 883 motor will get you to 70 or 75mph just fine (um... allegedly) but I think it will really struggle after that.  Being used to a 1200, the 883 performed better than I expected it to.  I think the air cleaner might be stock (strange, given the pipes) so opening up the air flow could help significantly.  Between the mid-controls and the vibration from the rigid-mounted engine, the bike had a distinctly retro or vintage feel. 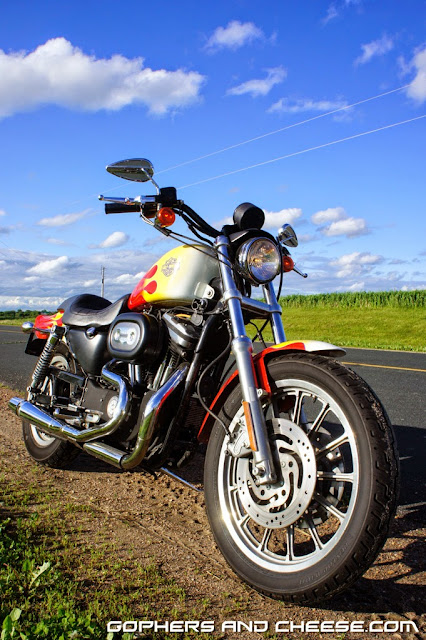 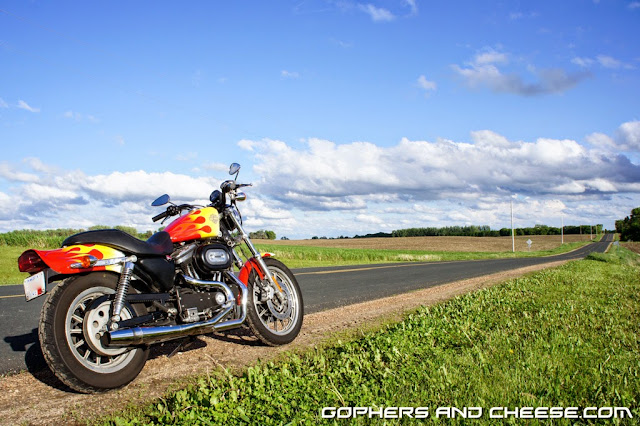 The bike also features a factory limited edition custom paint job with bobtail fender.  Sadly the tank has a small dent and the front fender is chipped and was repaired rather poorly.  I bought the bike with full intentions of running aftermarket tins but the flame job is kinda cool.  However, I will likely remove them and sell them as a set.  The damage will likely hurt the resale value. 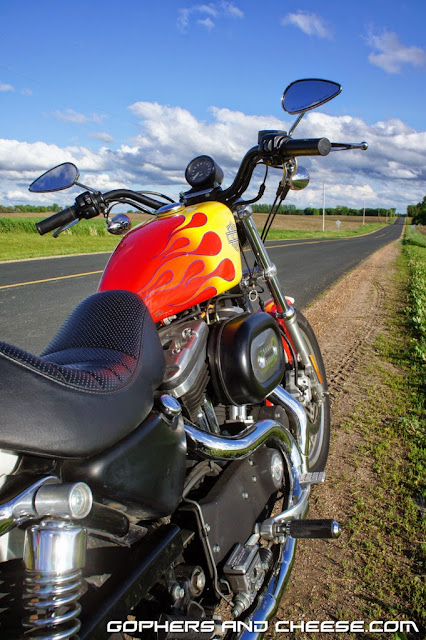 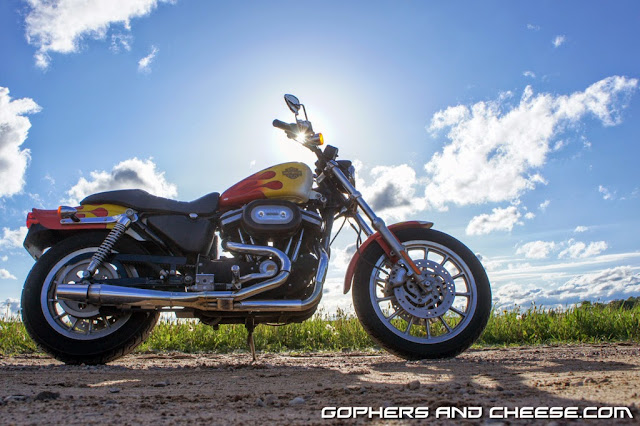 I have a lot of plans for this bike but these pictures turned out so nice, I'm sort of falling in love with it as-is.  I won't spoil the surprise, but I have a lot of things I'm planning to change.  While long term, this bike could become a 1200 or 1250, that's too expensive and complicated of an upgrade right now so it will remain eight hundred and eighty-three cubic inches of fury for the foreseeable future.  I hope to reveal the bike down in Owatonna but maybe sooner depending on how efficient I can be over the next 2 months.  We'll see.  I have a blog and an active Instagram account that must be fed regularly so it will be difficult to keep any secrets. 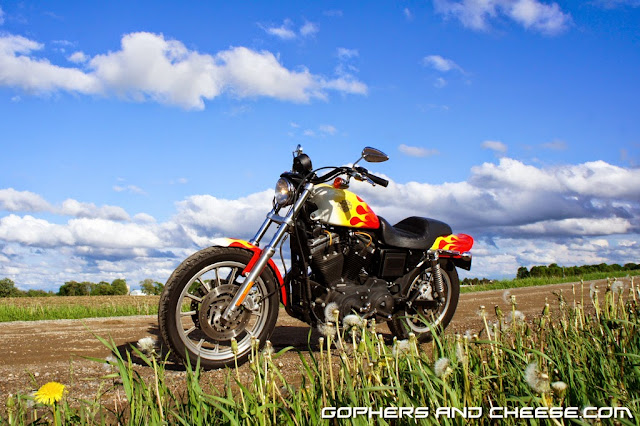 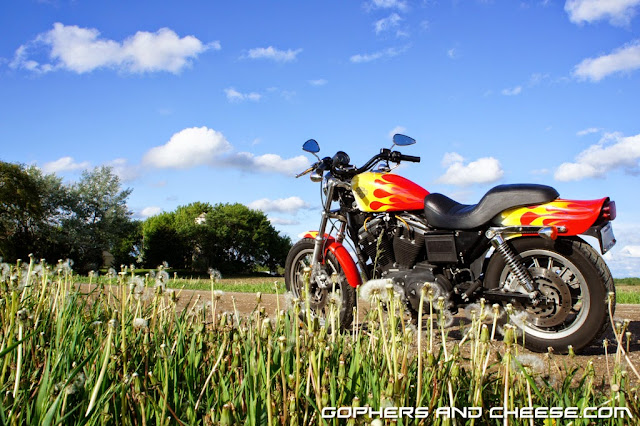 I really enjoy modifying my bikes but, since my 2004 is pretty much exactly the way I want it and I want to leave my Road King pretty close to stock for reliability reasons, my garage has been relatively quiet lately.  I'm glad that's about to change. 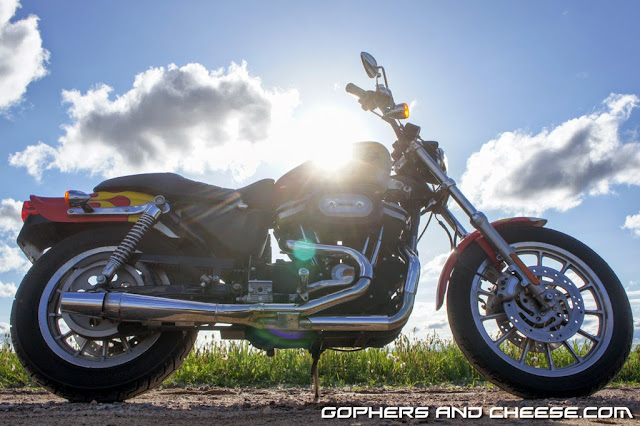 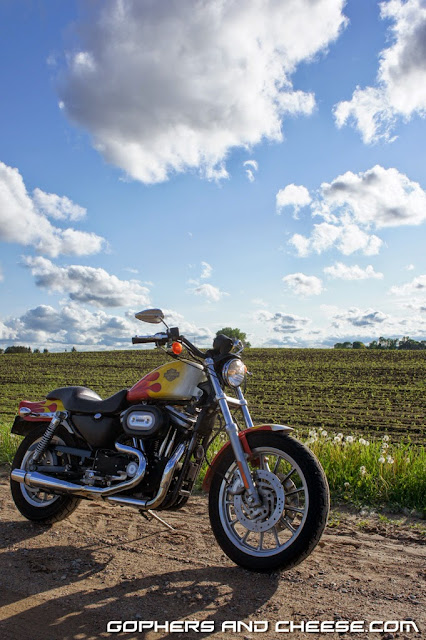 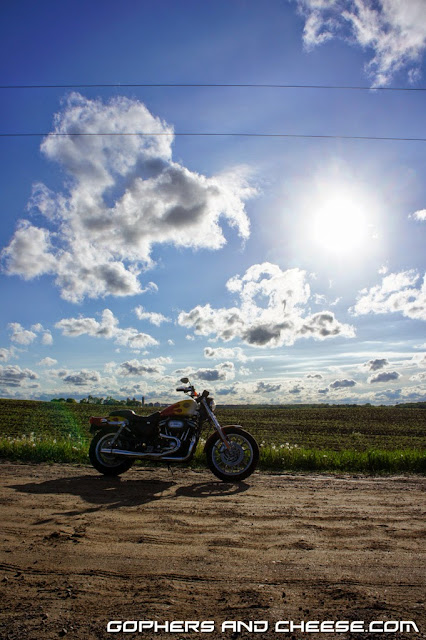 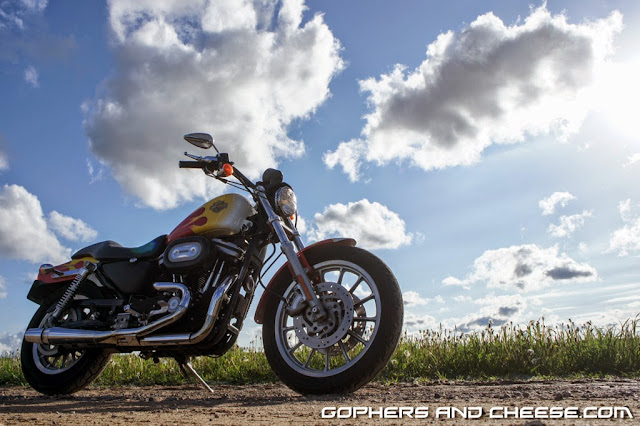 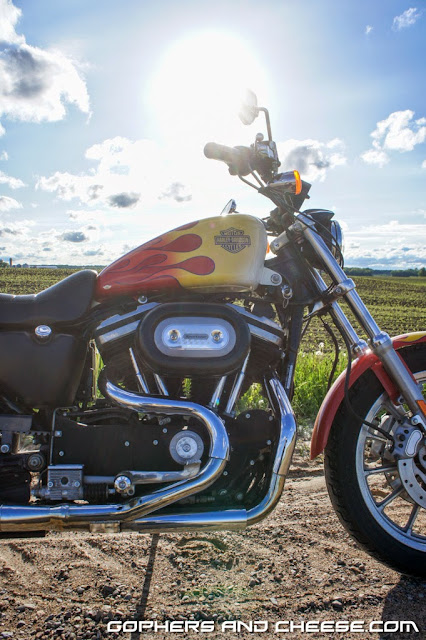 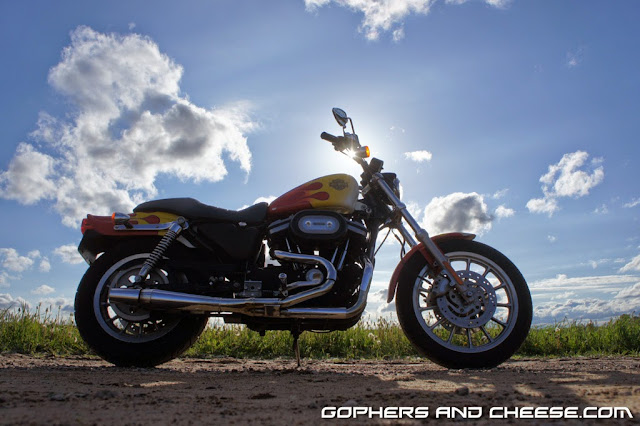 I am definitely looking forward to having some fun with this bike this year. Email ThisBlogThis!Share to TwitterShare to FacebookShare to Pinterest
Labels: XL883R

oh i was looking for a bike shop but i did not found one. so if some one wants to play a bike game is much more realstic fun then Clcik here to download and it is all free for you