The sun began to set on Dirty Rotten Bikerfest but the fun was far from over. 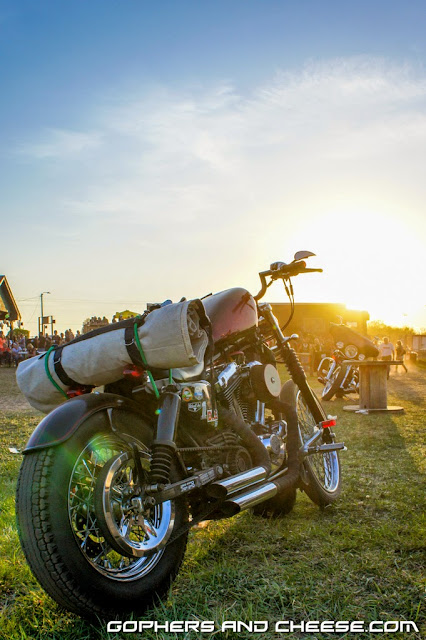 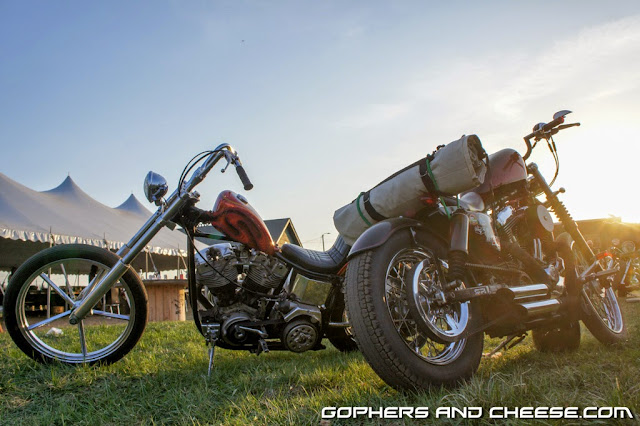 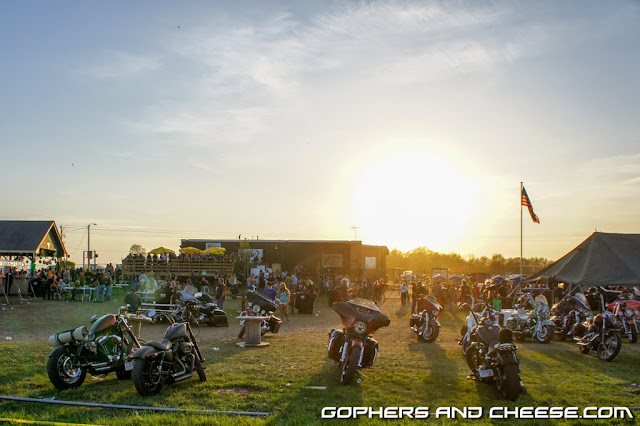 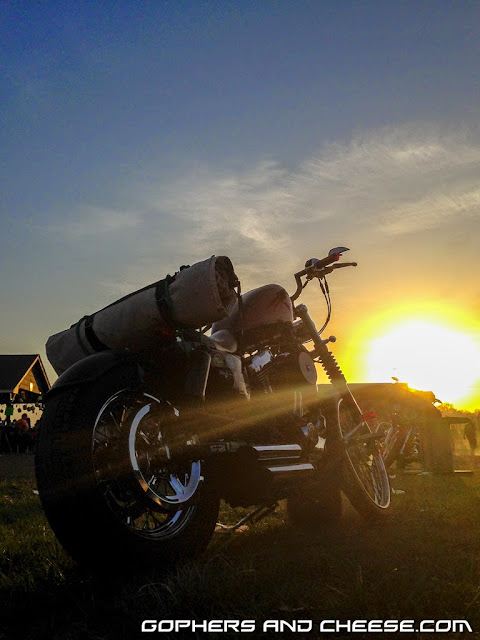 I found a good place to make camp and set up my Gorgeous George Dirt Nap Tent Roll.  Only two stakes and a pair of ties later, I was all set. 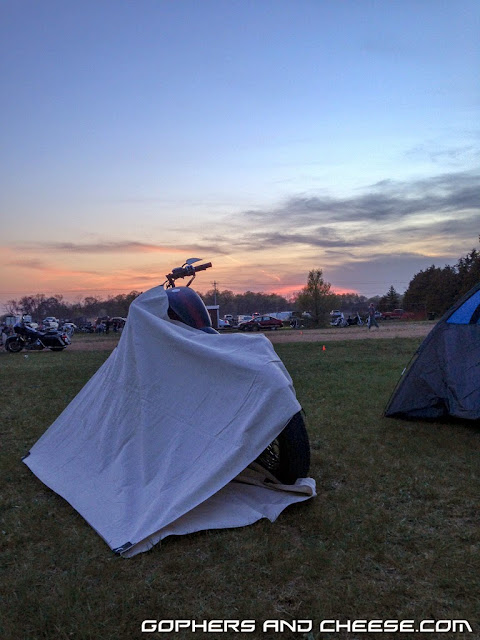 Back near the bar, Crankshaft set up and started playing.  I've seen him a few times before and I really like his one-man-band style of music.  Check him out if you get the chance. 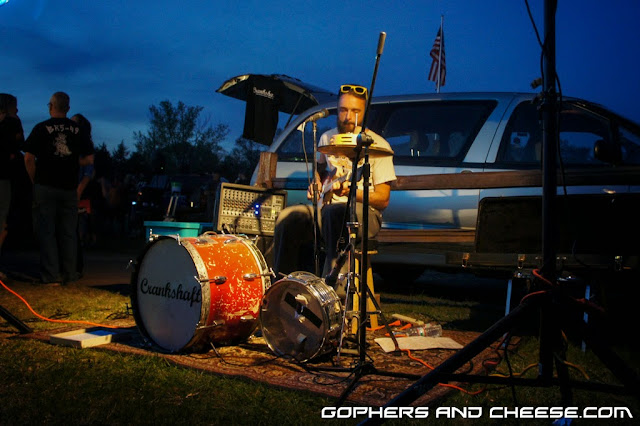 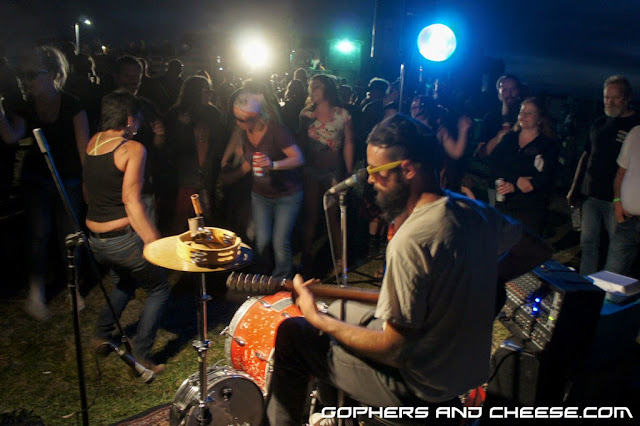 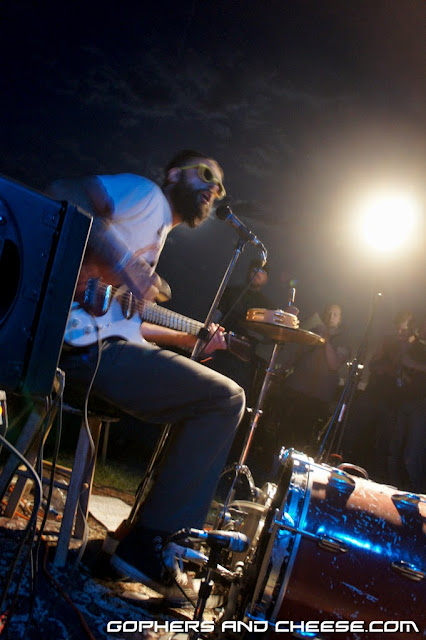 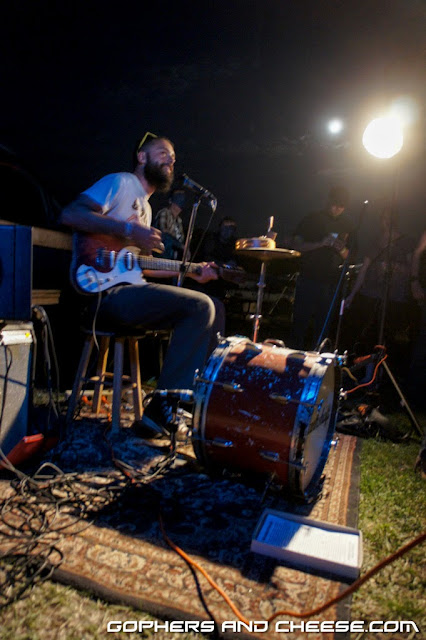 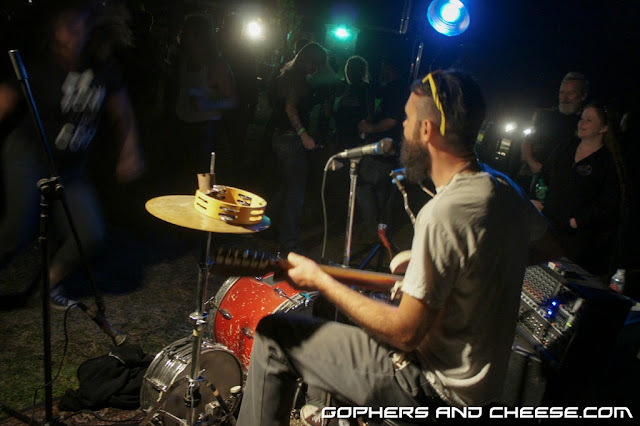 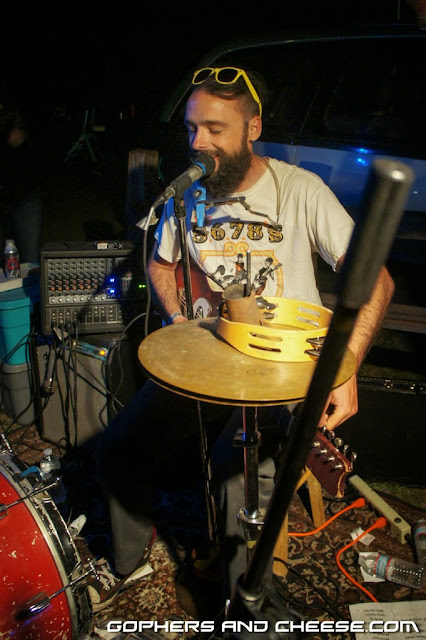 Crankshaft also played live during the Daisy Duke competition... up next.