There was a lot to see and do at the 2nd annual Dirty Rotten Bikerfest.  The beer chug was fun. They poured free beer until they emptied the keg.  I had a cup in each hand and probably got more than my fair share. 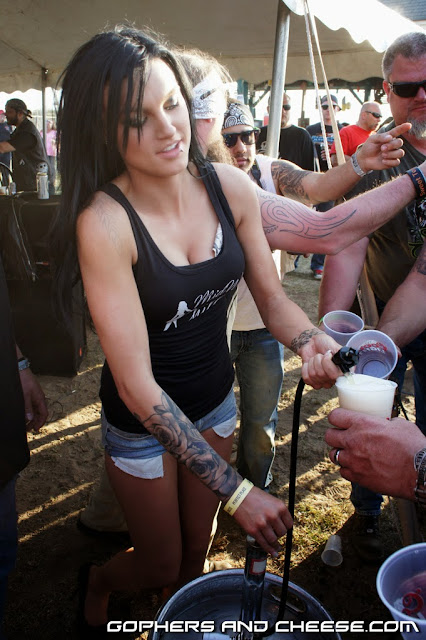 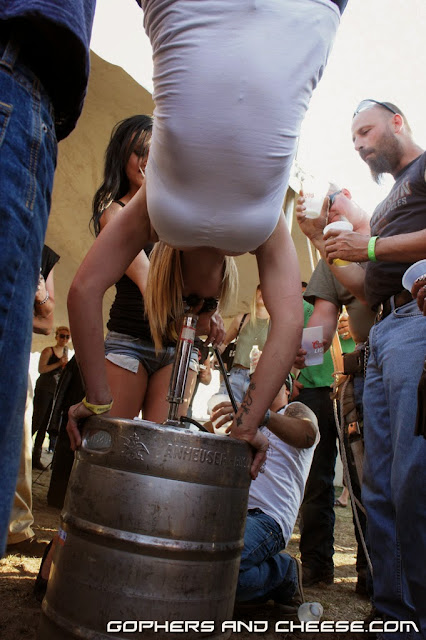 If you didn't get enough free beer, you could buy shots: 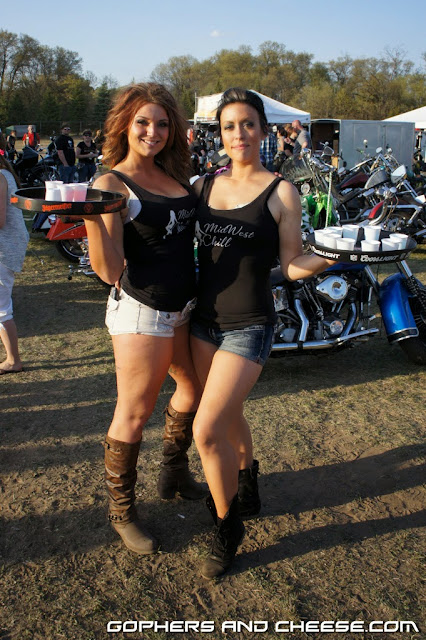 There were raffles throughout the day.  This lucky lady won a giant knife. 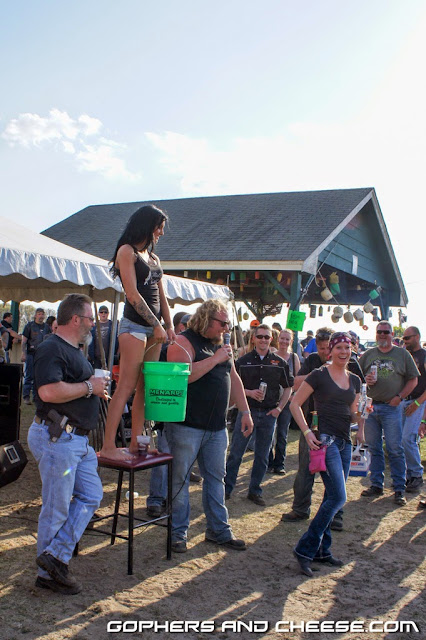 It took a while for them to find a winner for this shotgun. 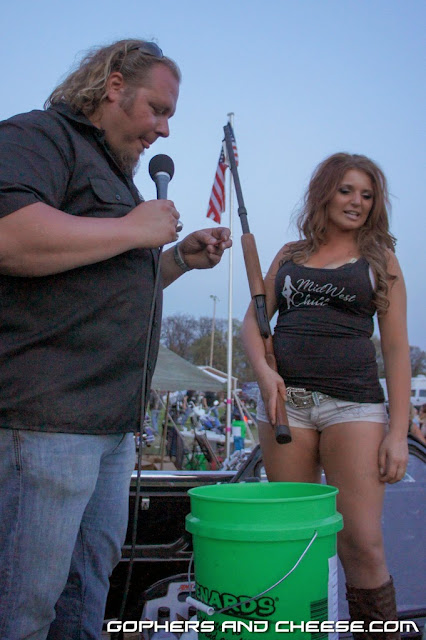 You had to be present to win and if they called your number and you weren't there, they burned the ticket. 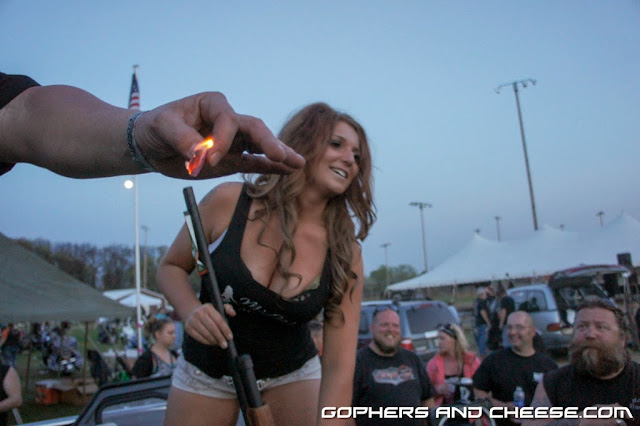 They burned a lot of tickets. 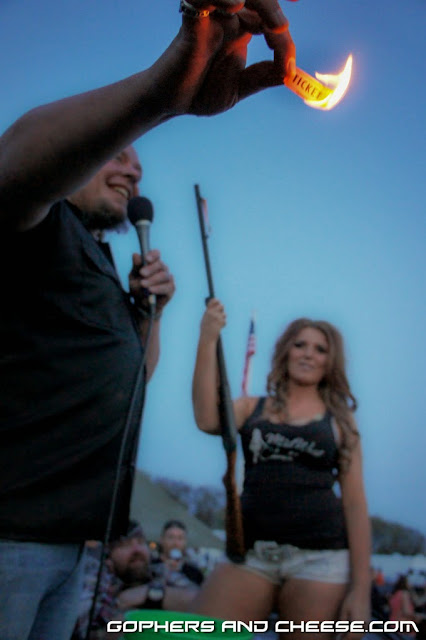 One of the more unique attractions was the motorcycle tractor pull.  Guys were hitching their bikes to what I believe was a 900-1000 pound weight to see if they could drag it across the field.  Many tried multiple times.  Having a passenger weigh down the rear tire seemed to help a lot.  You can see dudes deliberately avoiding the nuts-to-butts position. 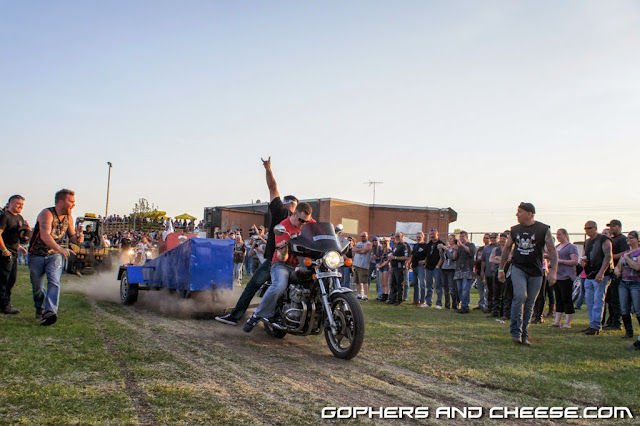 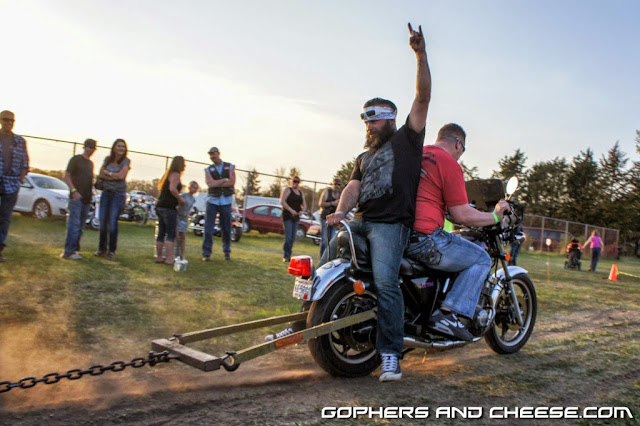 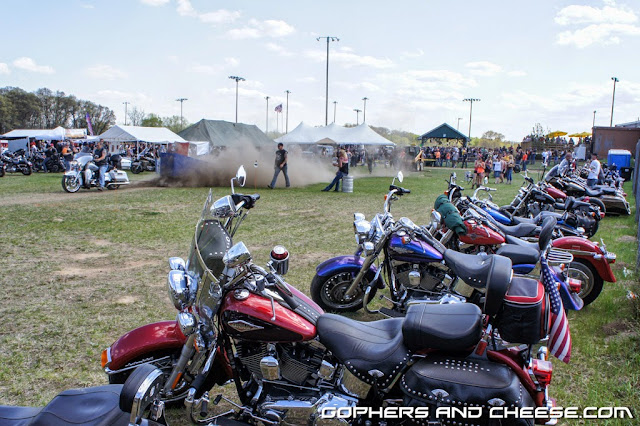 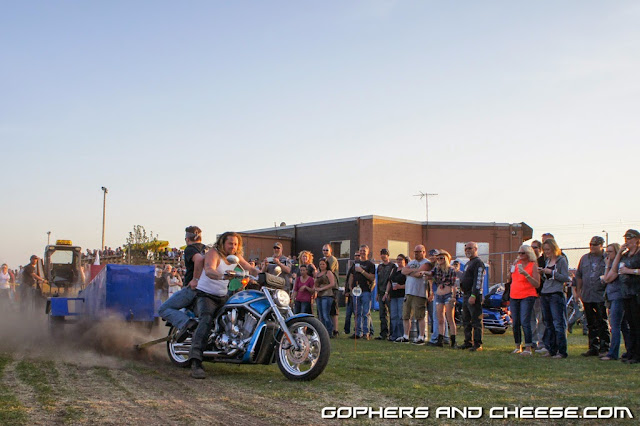 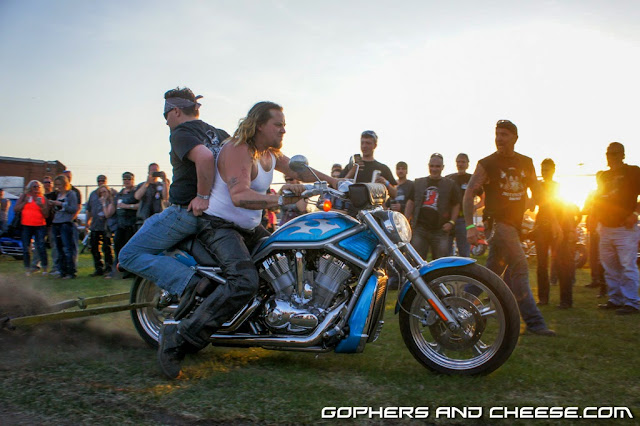 Even a guy on a chopped Sportster got in on the action. 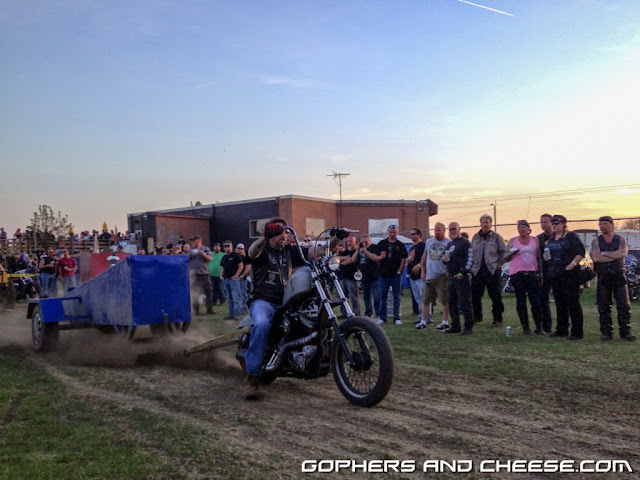 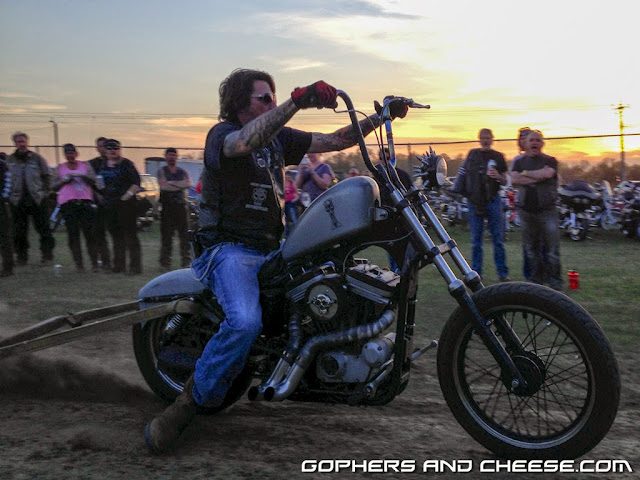 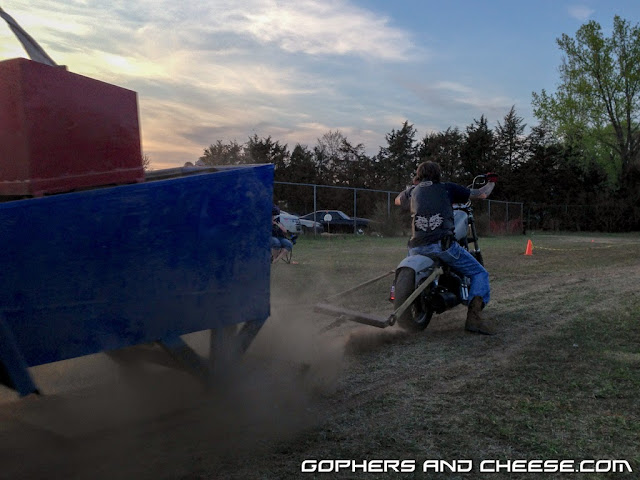 I mentioned there was a lot of beer right?  This guy seemed to have a fair bit... (allegedly).  This photo was taken moments before he made me take a picture of his butt because someone signed it.  I'll spare you that photo. 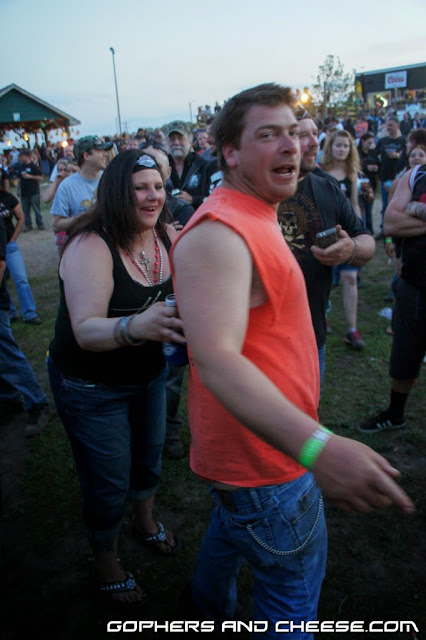 However, earlier in the day, that same dude (I think it was the same guy) did the tractor pull with his Sportster and took the weight all the way to the fence.  It was awesome.  Here's a short video compilation of a few of the pulls including his.