Believe it or not, this is my 1,000th blogpost.  I've spent a lot of my recent posts looking back and reflecting on the past 5+ years so I'm good with the nostalgia for a while and I'm just going to jump right into Dirty Rotten Bikerfest coverage.  It turned out to be a lot more fun than I thought it would be. 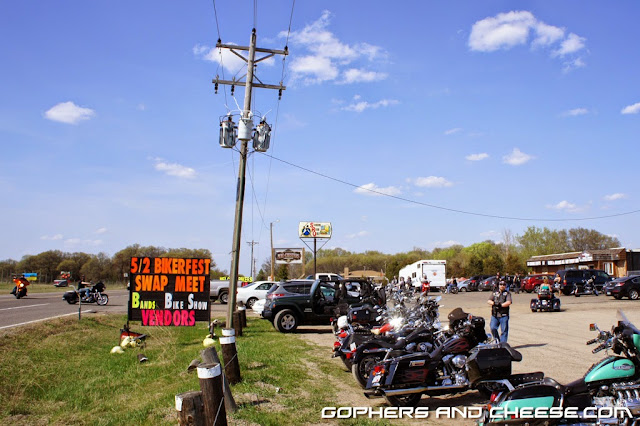 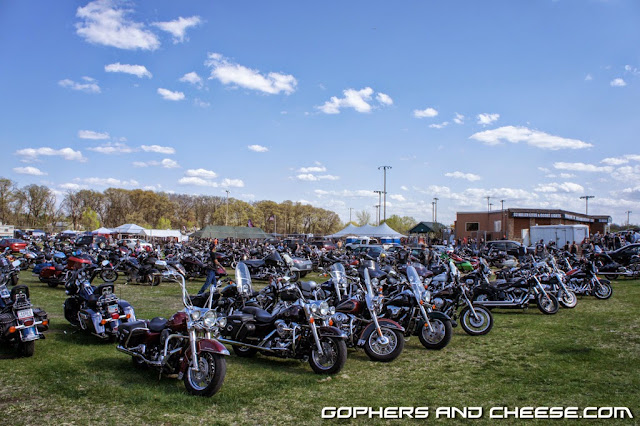 That last comment wasn't intended to be offensive to the organizers or anything.  I didn't go last year and based on the flyers it was difficult to know exactly what kind of event it was and how big it was.  I was worried a handful of guys on custom baggers would show up and no one else.  Thankfully my worries were unfounded.  Sure there were custom baggers and guys in fancy jeans & bandanas walking around but it wasn't ONLY custom baggers, fancy jeans, and bandanas.

There was a huge turnout and the event was all set up behind Mac & Chester's SRO (Standing Room Only).  The whole thing took place in a big field behind a bar & grill with vendors, music, bike games, and another outdoor bar. 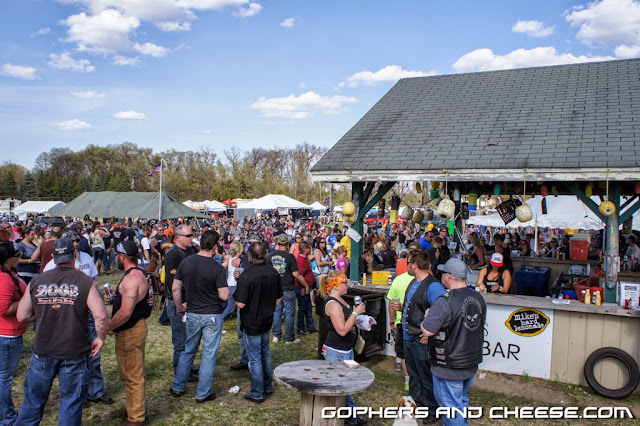 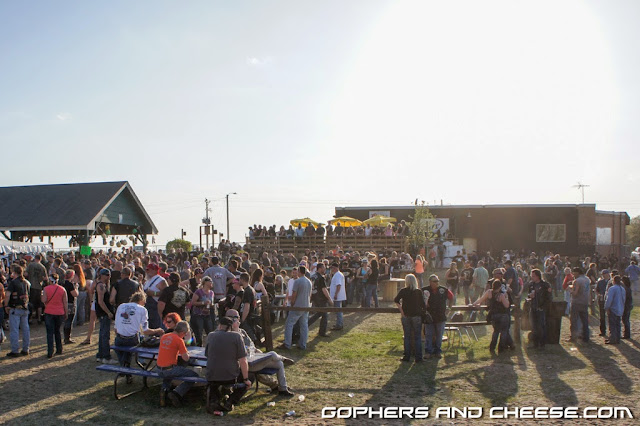 I rode my Sportster and packed my (never before used) Gorgeous George Dirt Nap Tent Roll.  Camping was free and I was planning to have a few beers.  The weather was perfect so I didn't need to pack much more.  I parked near the road temporarily while I scoped the place out. 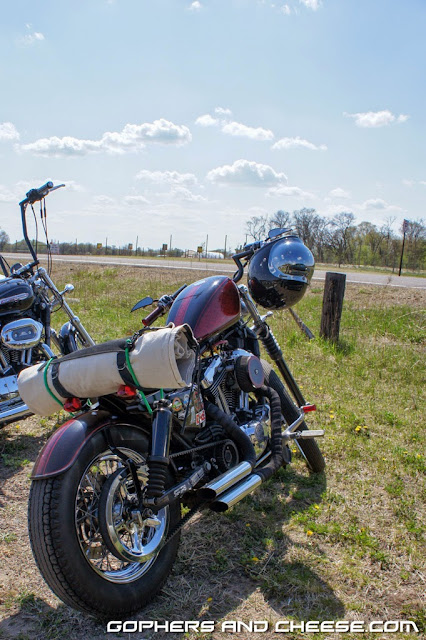 I decided to throw my bike in the bike show for the heck of it.  I put it in the Open class and parked it next to Eric's shovel. 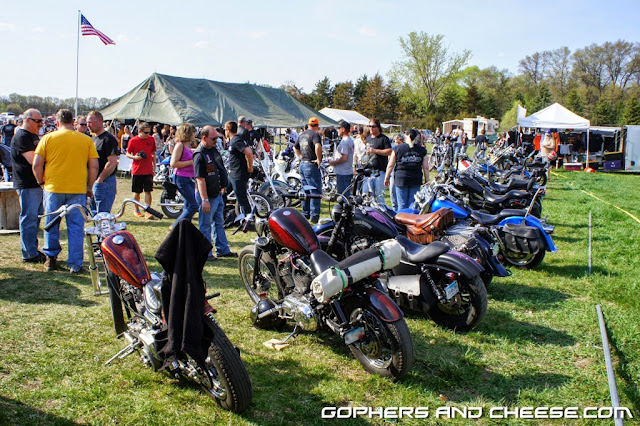 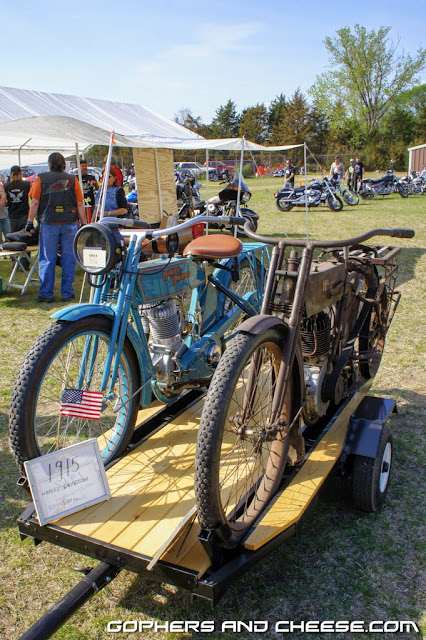 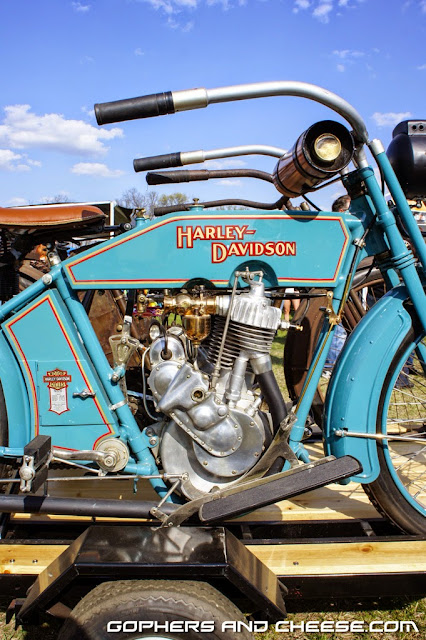 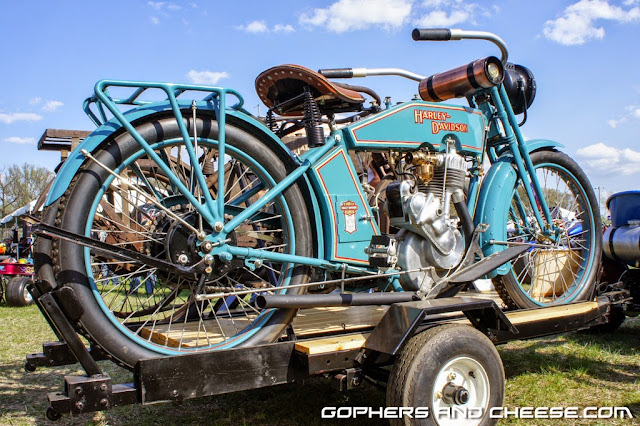 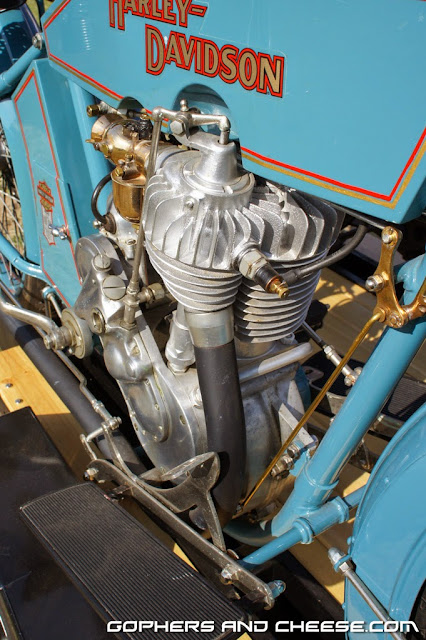 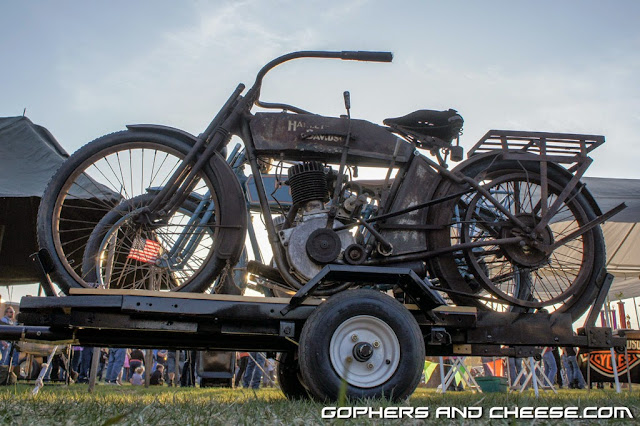 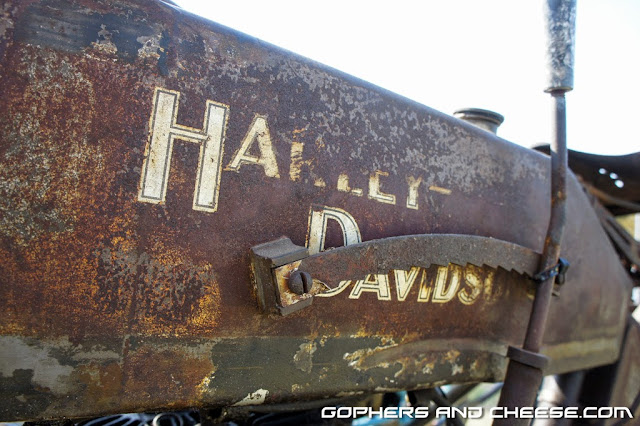 Custom bikes in the show are up next!

Awesome Blog and Thanks for posting!!! We worked hard to make this event a success! Glad you had a blast! See you next year! Bigger Badder Better!!