Indian Motorcycles had a large display at the 2015 Progressive International Motorcycle Show.  Alongside their current line, they had a few vintage Indians (which I personally prefer aesthetically over the new stuff) and some interesting customs.  First up is the Wall of Death inspired Scout. 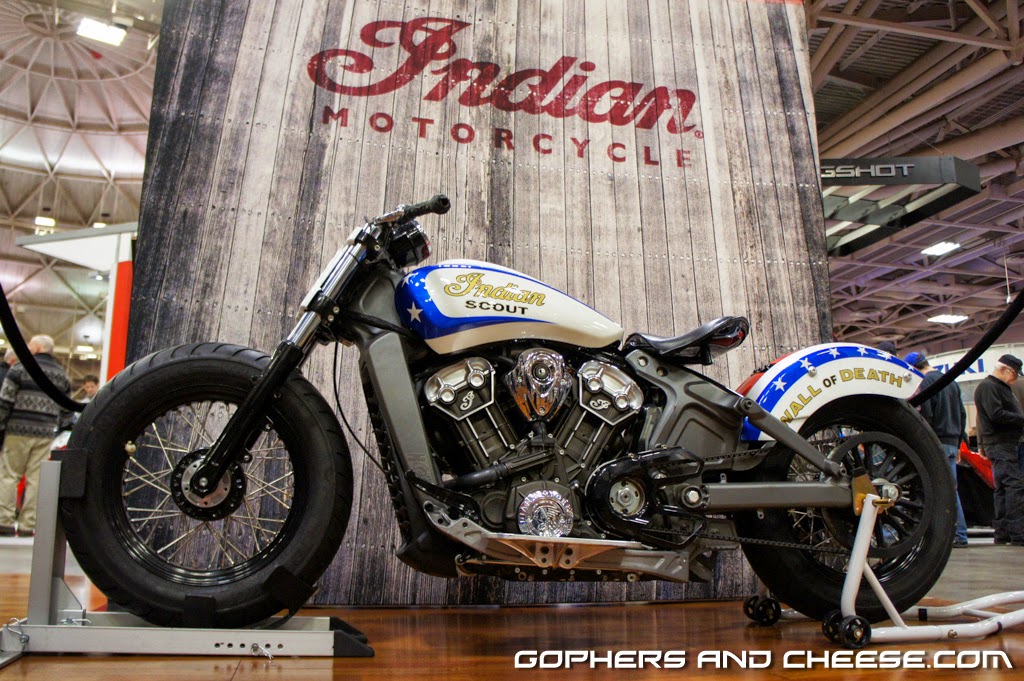 In spite of all its apparent superiority on paper versus a Sportster, I would still choose a Sportster over a Scout every time.  I shared more detail in this post, which is from when I first saw the new Scout in person. 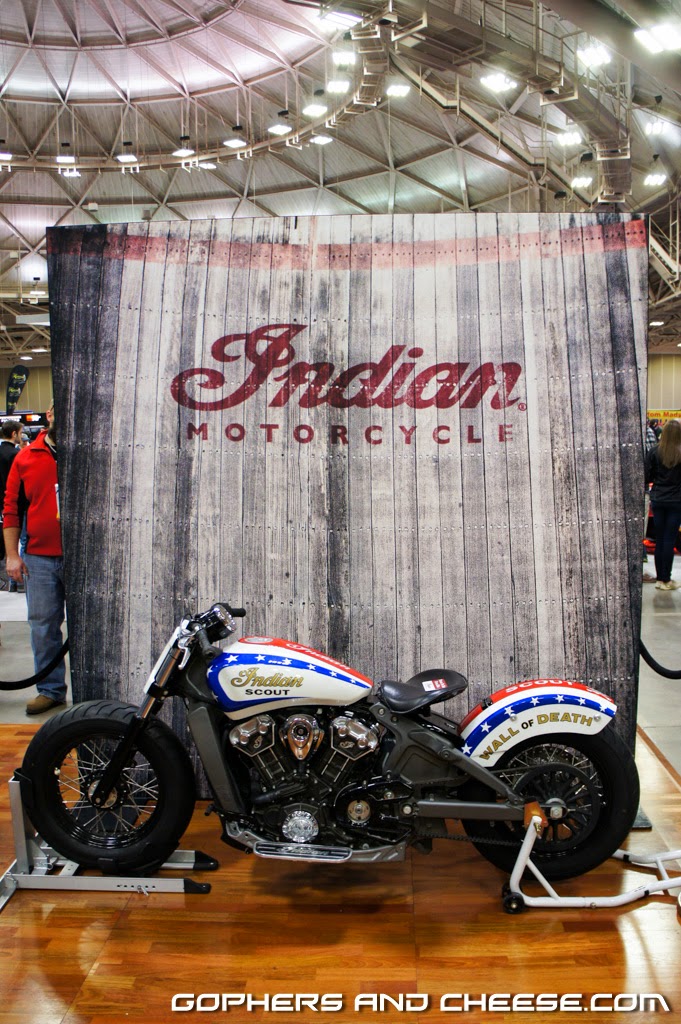 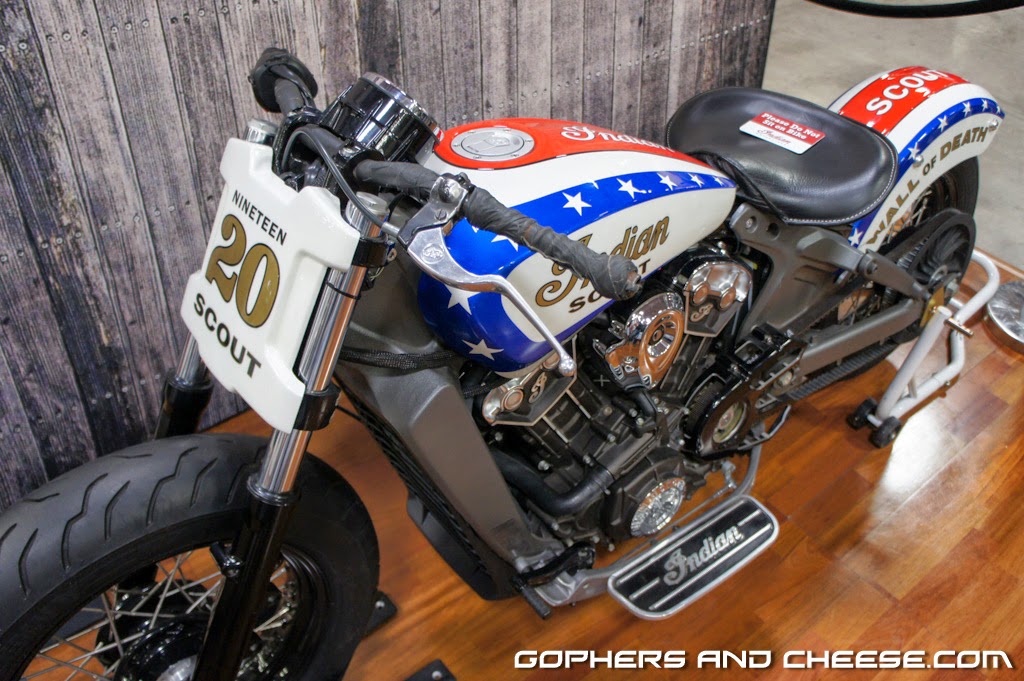 Not only was the bike inspired by the Wall of Death, it was actually used in the Wall of Death during the Scout unveiling in Sturgis last year (skip ahead in the video to 5m 20s to see it).


They had a cutaway version of the Scout's new engine on display. 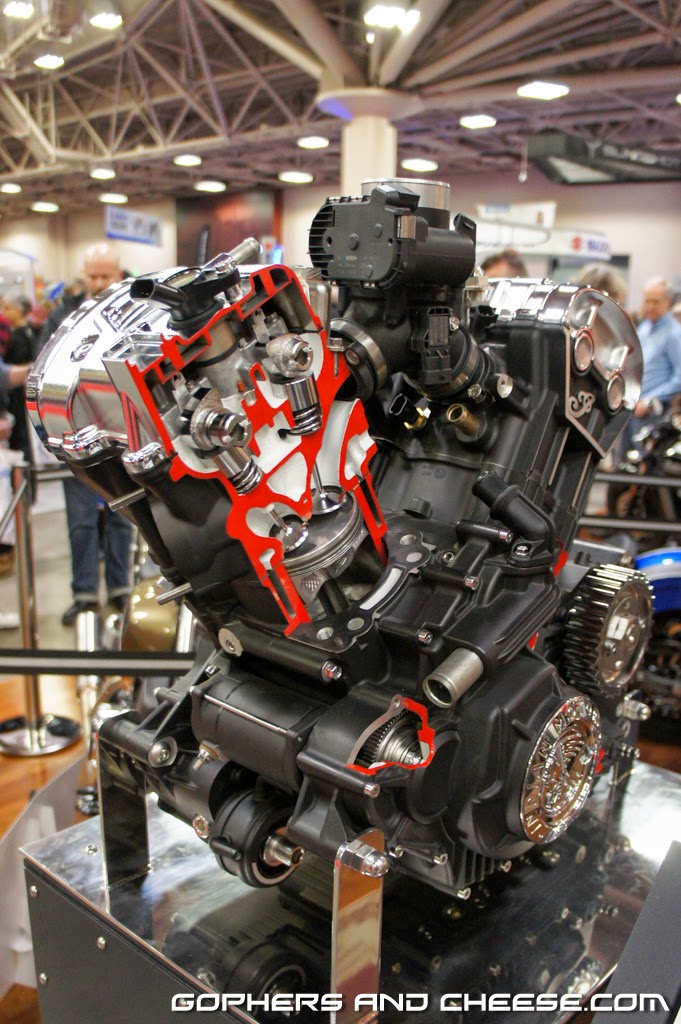 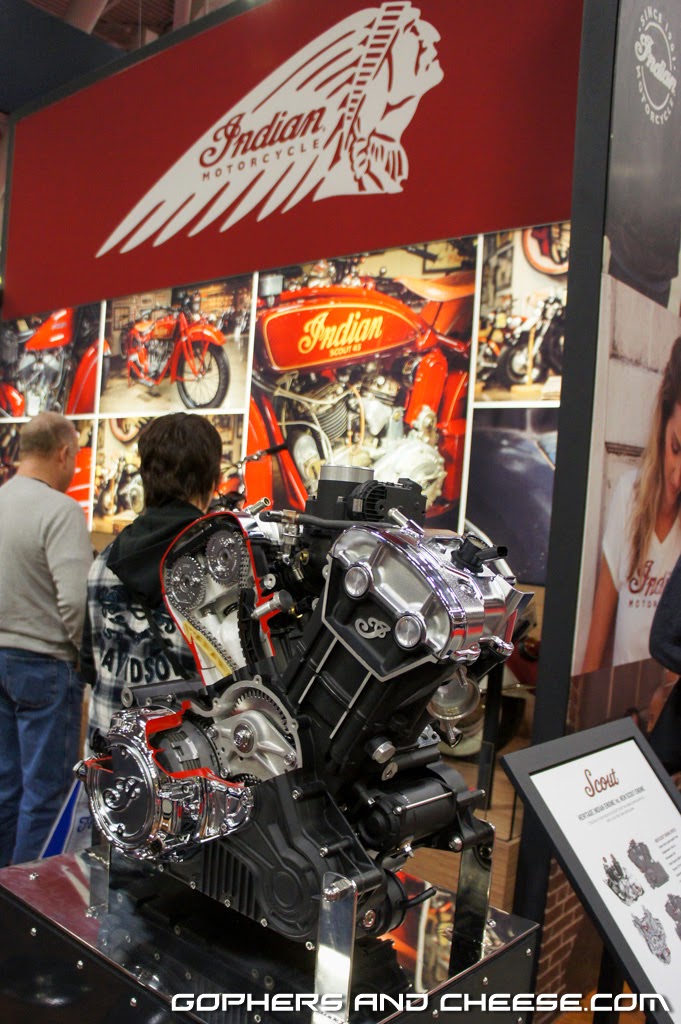 Roland Sands' custom Indian Track Chief was on display too.  I wish they had it displayed differently so both sides were visible.  I've seen photos of the other side of the bike and the Thunder Stroke engine just looks way more impressive from the other side. 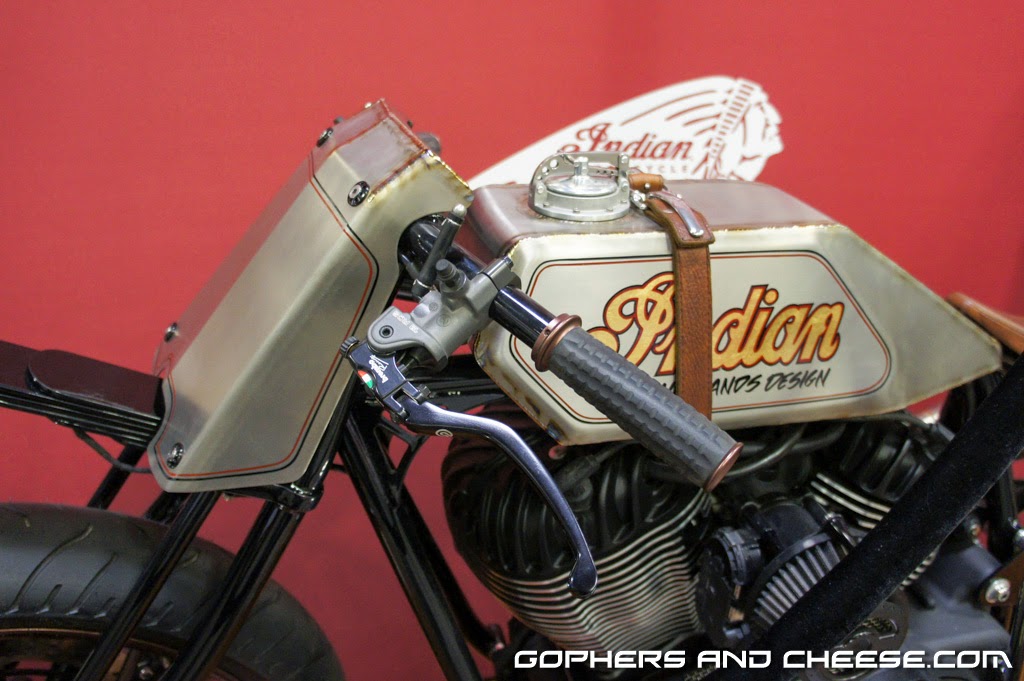 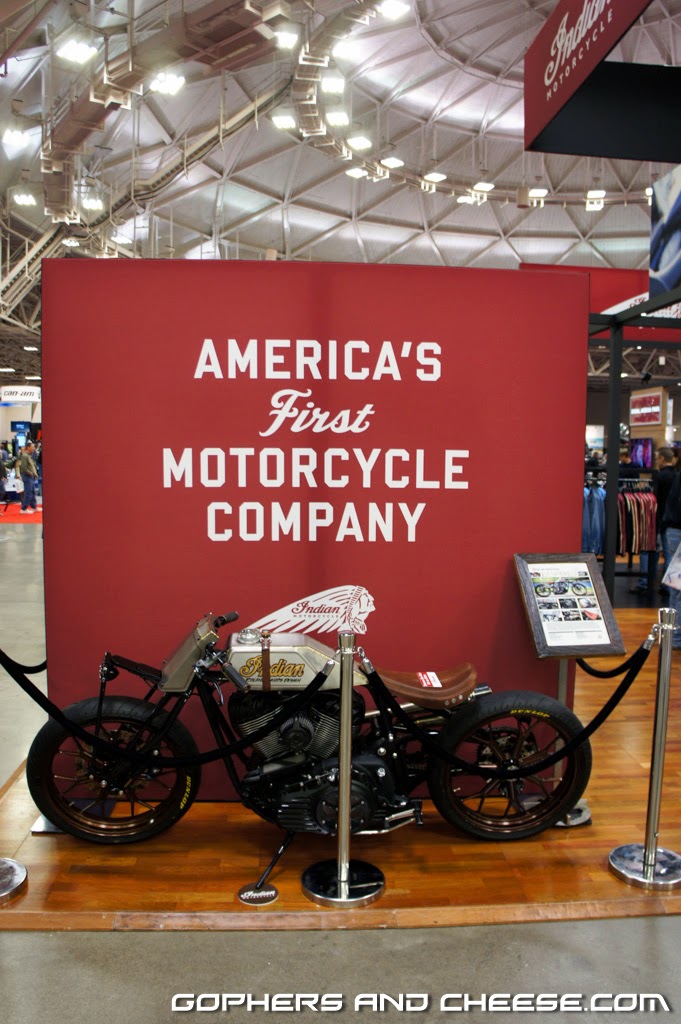 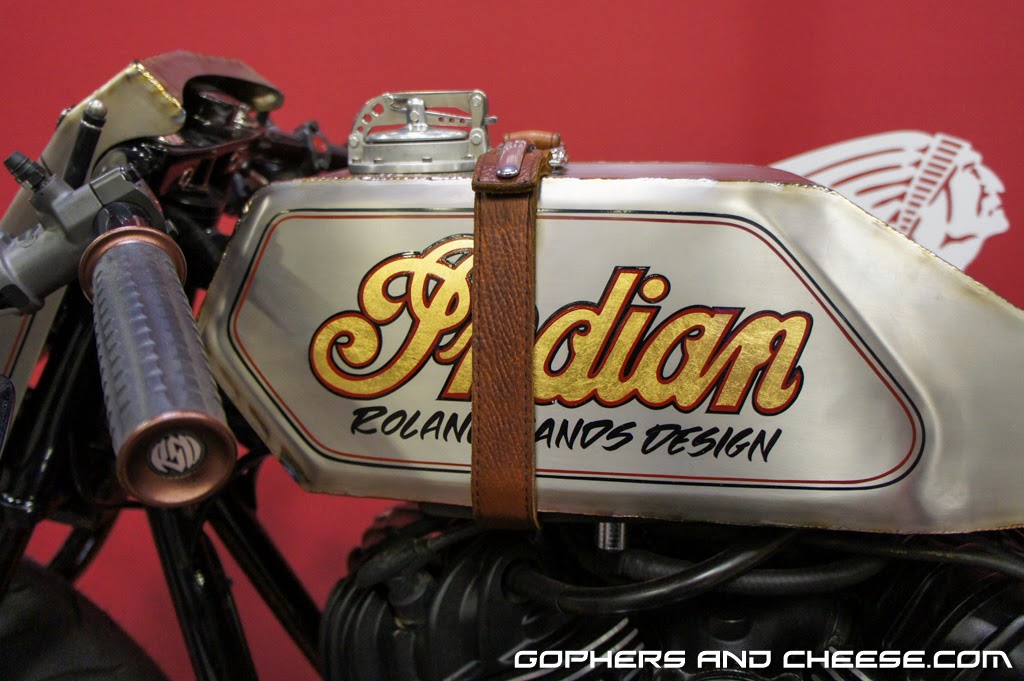 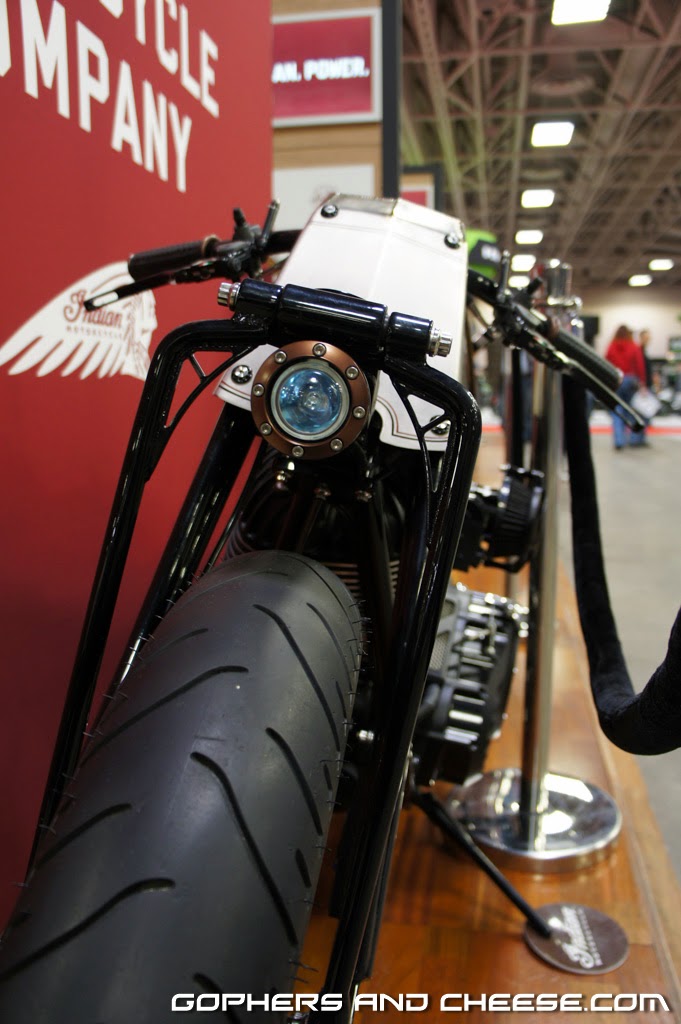 As usual, Indian also had a pin-up model posing for photos.  They play up the nostalgia and it works well for their brand. 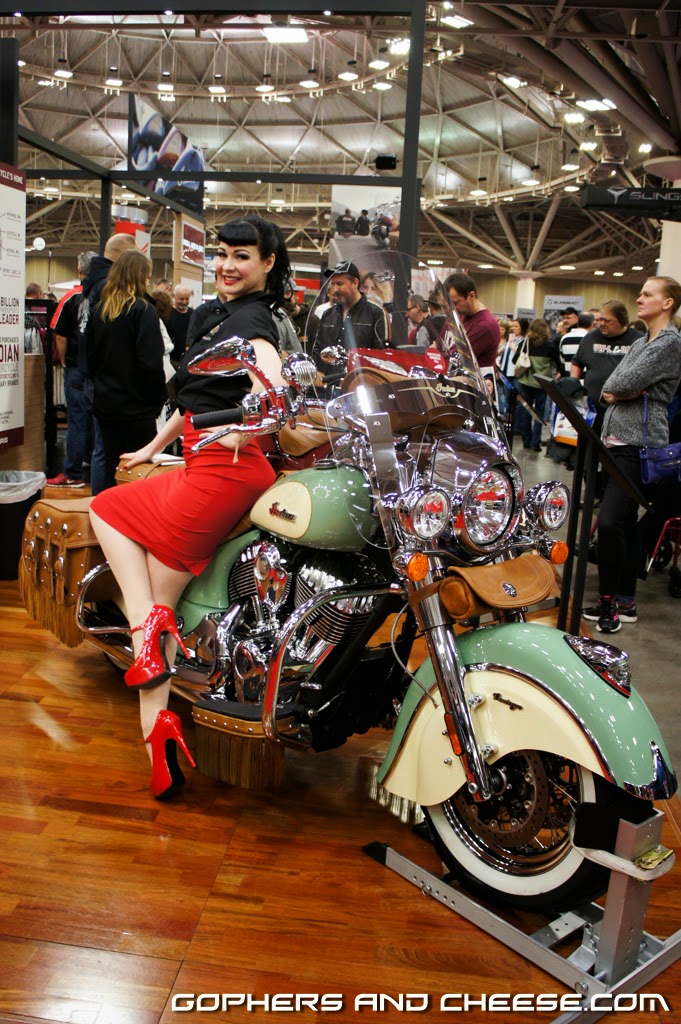 Harleys are up next.