The thing I was most excited about at the 2015 Progressive International Motorcycle Show was that Harley Davidson brought a few of their electric Project LiveWire bikes and had one set up on rollers to try.  Others have said it before, but these prototypes really do look like production bikes. 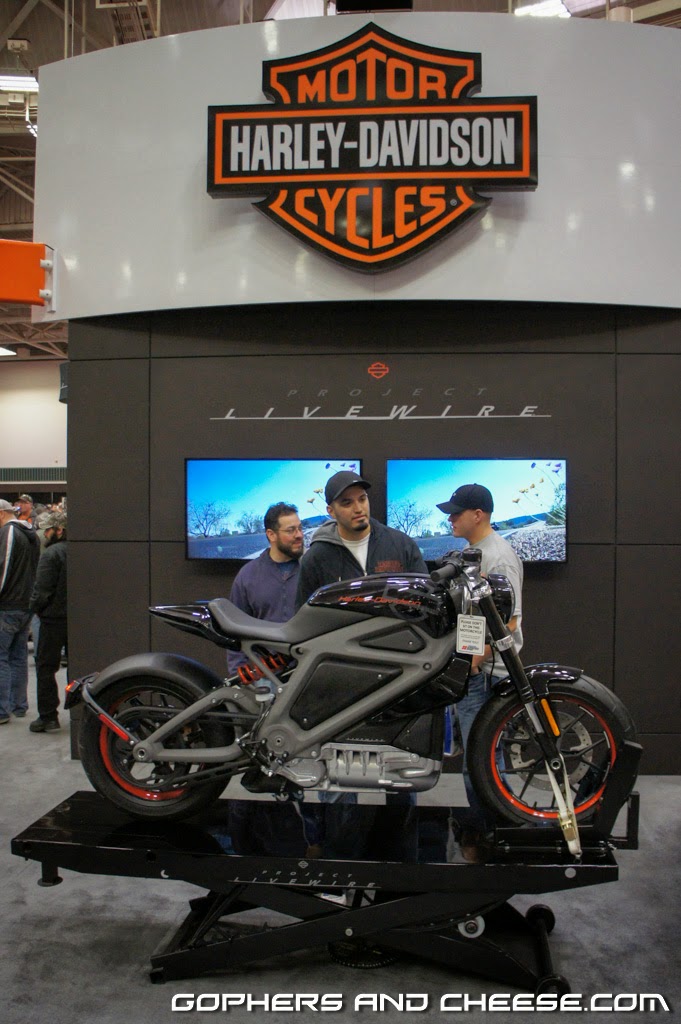 I got in line early when it was short (the line was huge later on in the day) and I watched these two guys try it out first. 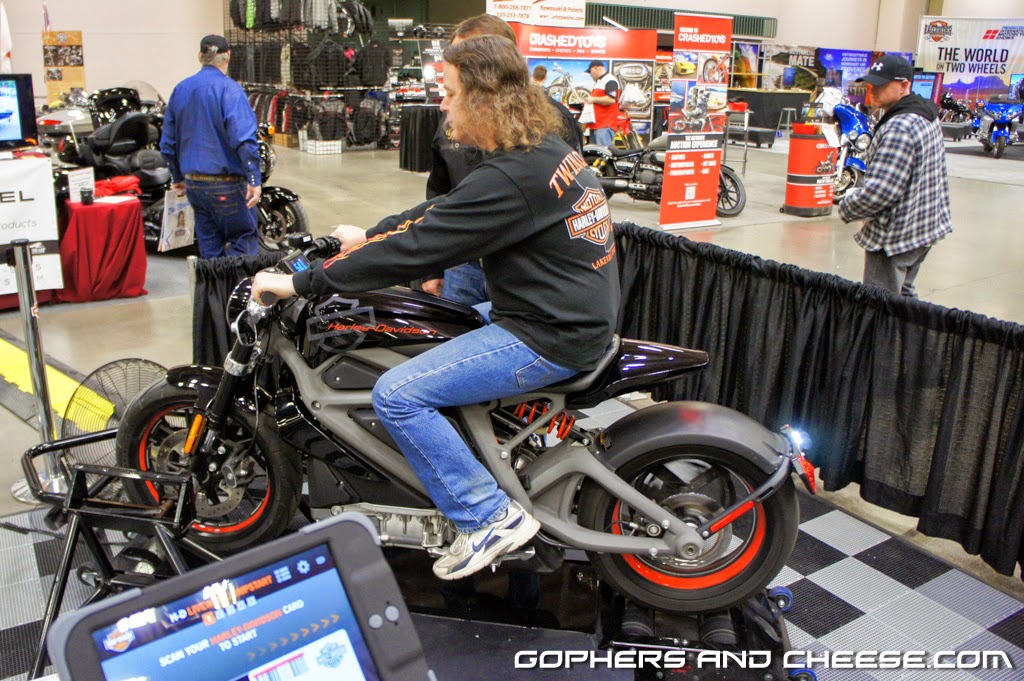 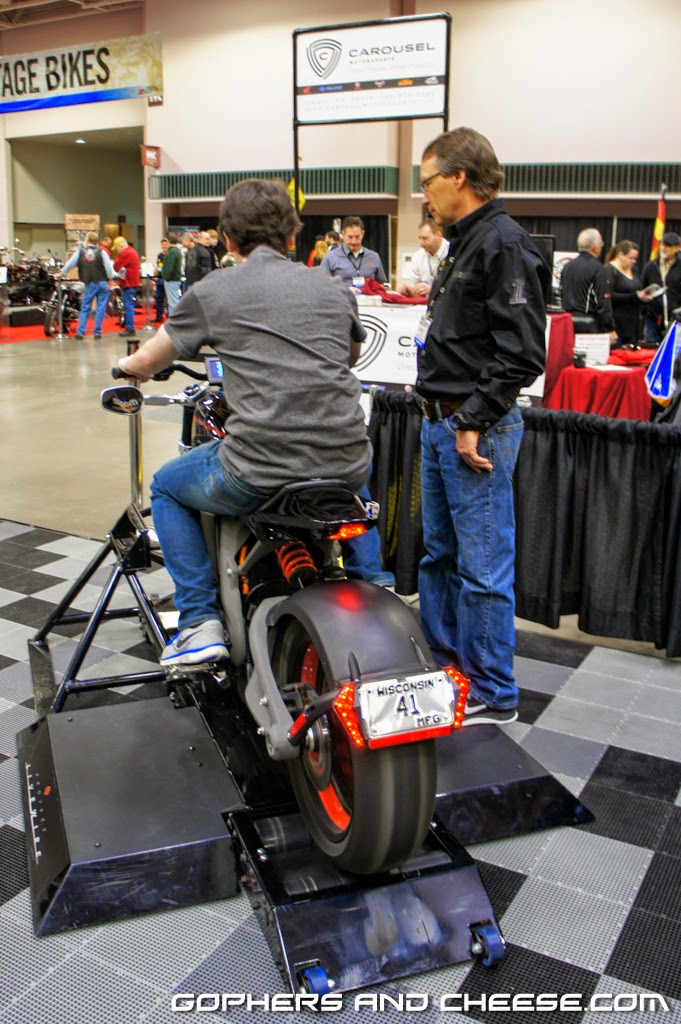 First the guy from Harley Davidson explained how to turn the bike on and start it.  Then he made me put in range mode.  Range mode will give you over 100 miles while power mode is closer to 30 miles.  I was then told the rollers can handle up to 60mph so try to keep it under that.  Then he had me accelerate and hold it at relatively low speed before backing off the throttle.  Then I could pull it up to about 60mph.  It's difficult to gauge how fast the bike would be on real asphalt versus rollers but it accelerated VERY quickly.  It's weird not having a clutch or gears.  The engine also brakes as you back off the throttle, which is strange but sort of nice. 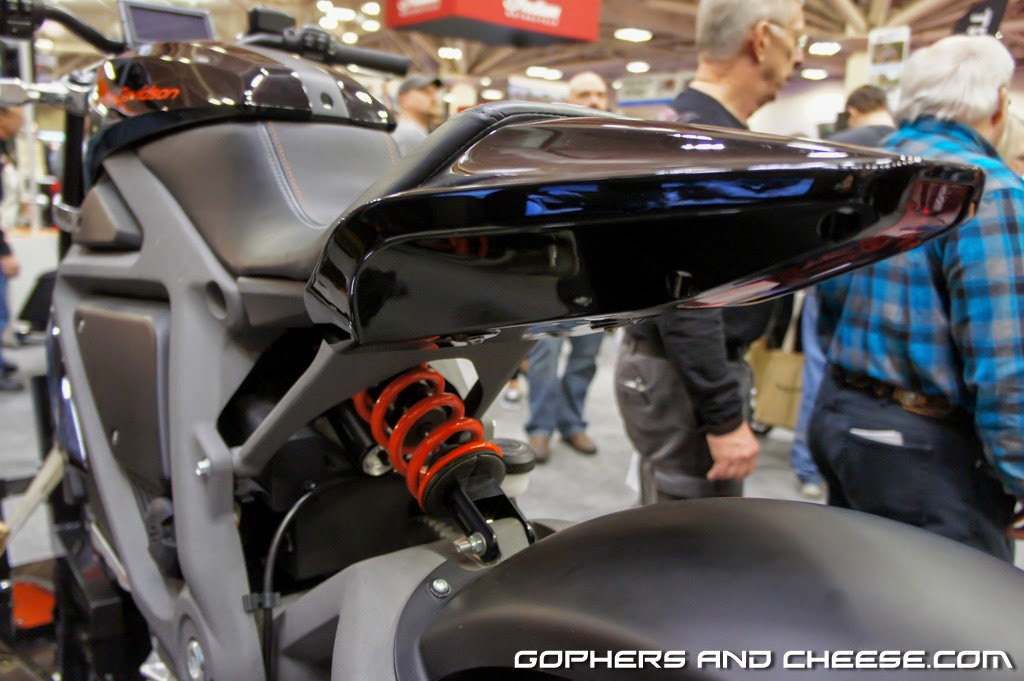 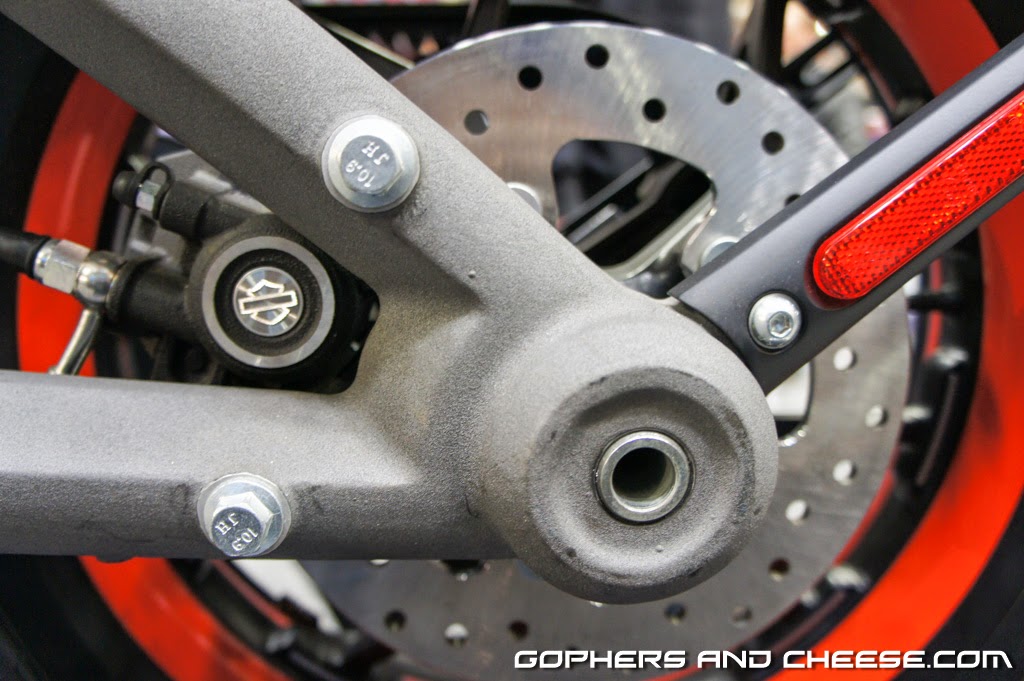 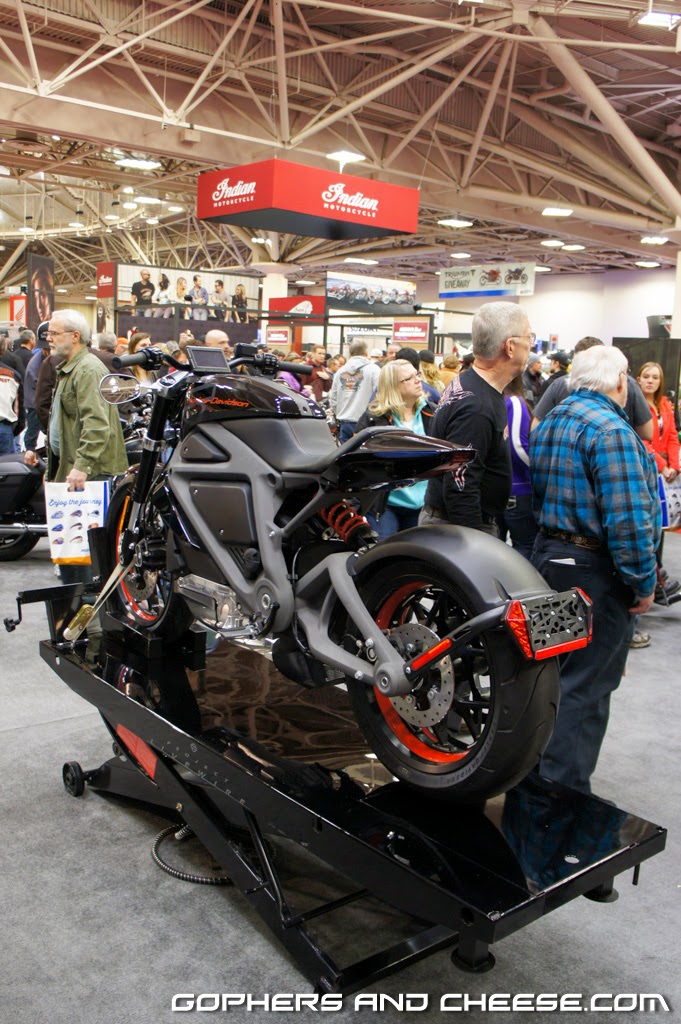 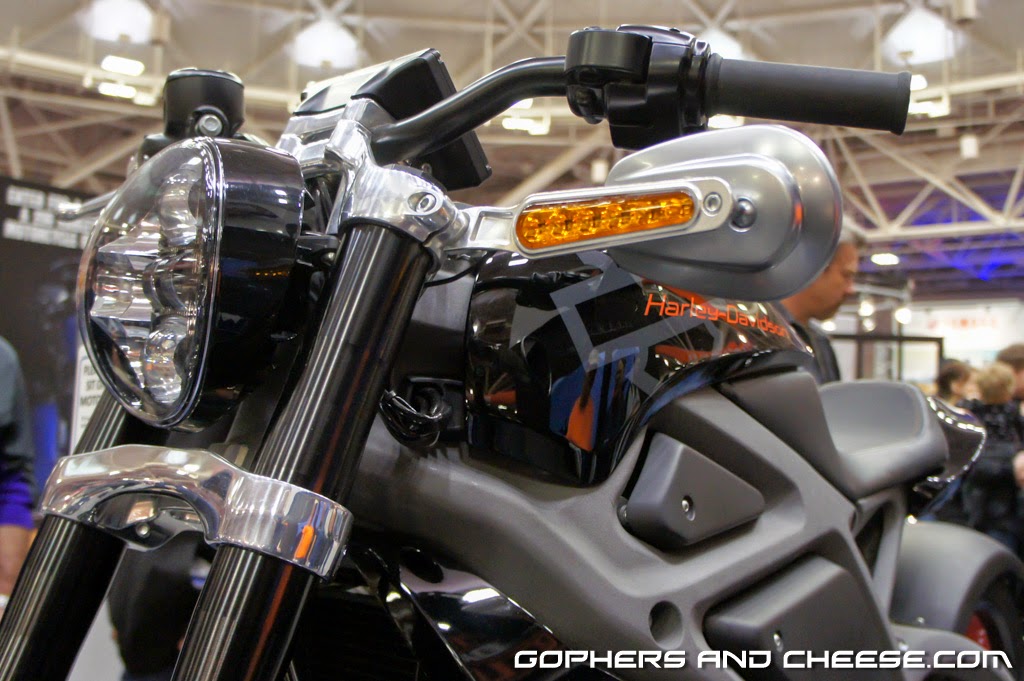 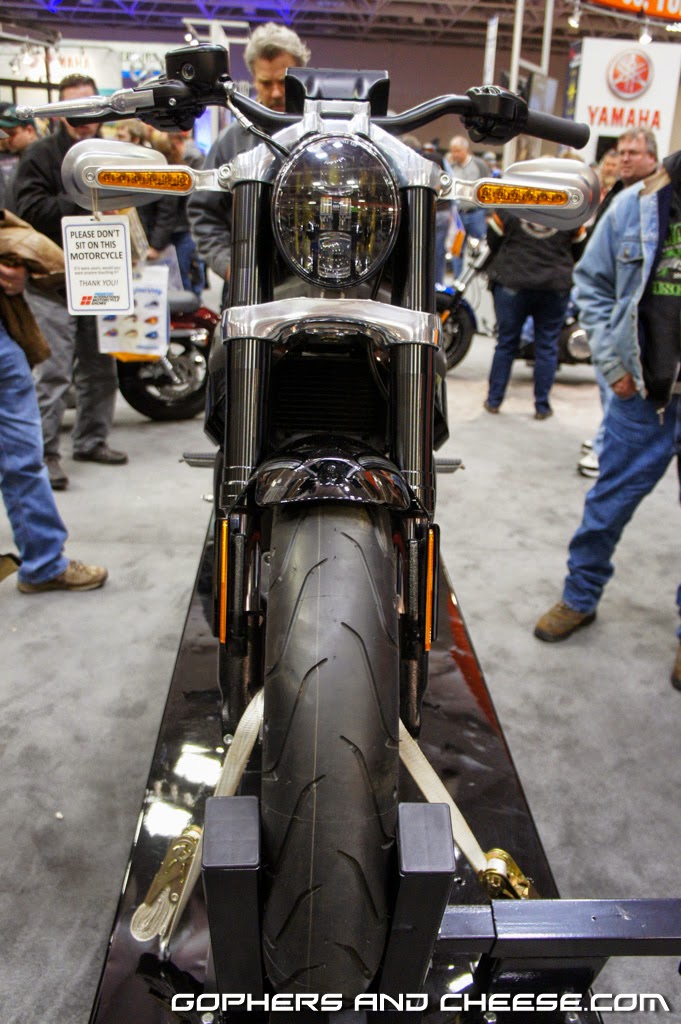 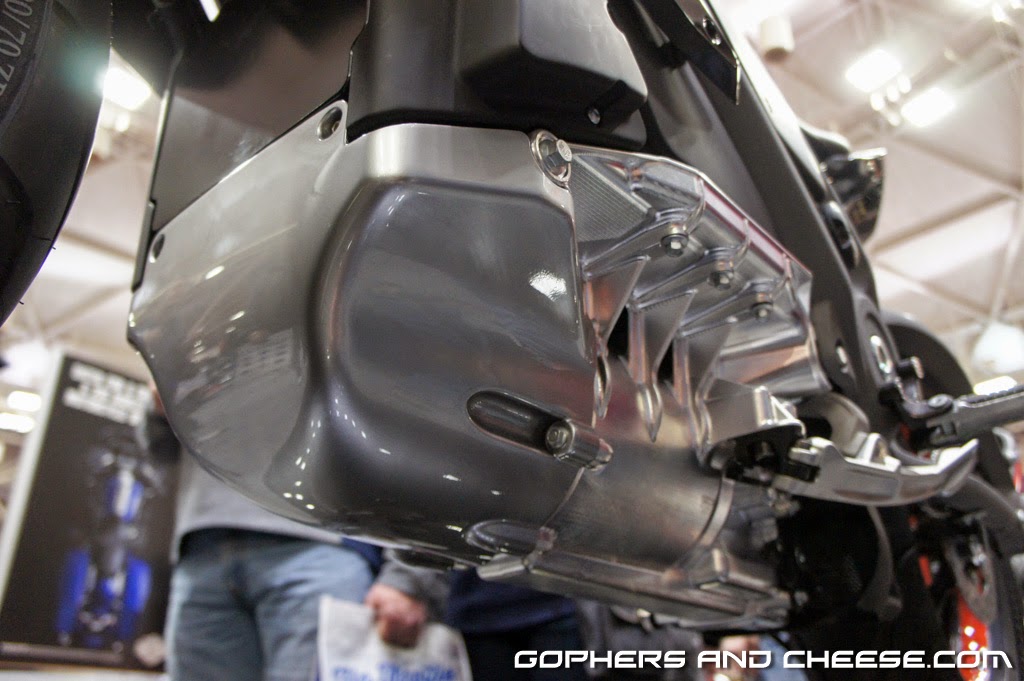 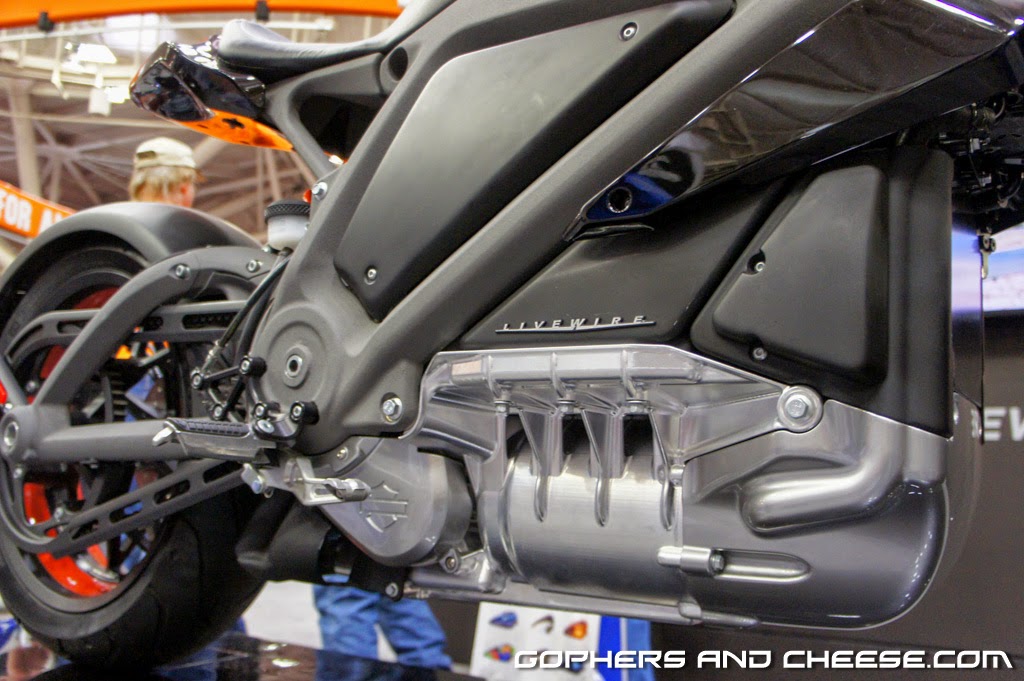 Overall it was very cool and I would love to try one on the street.  Would I trade my Sporty for it?  Hell no.  Given the range, this isn't exactly a freedom machine and couldn't be your primary bike unless you only like really short trips.  That said, the battery and charging technology and infrastructure should only get better.

More photos from the show are next.