The 67th Annual I-Cycle Derby (aka Icicle Derby) was held earlier today in Minneapolis.  That's right, for 67 years in a row, there's been a motorcycle ride in Minnesota on January 1st and it's never been cancelled. 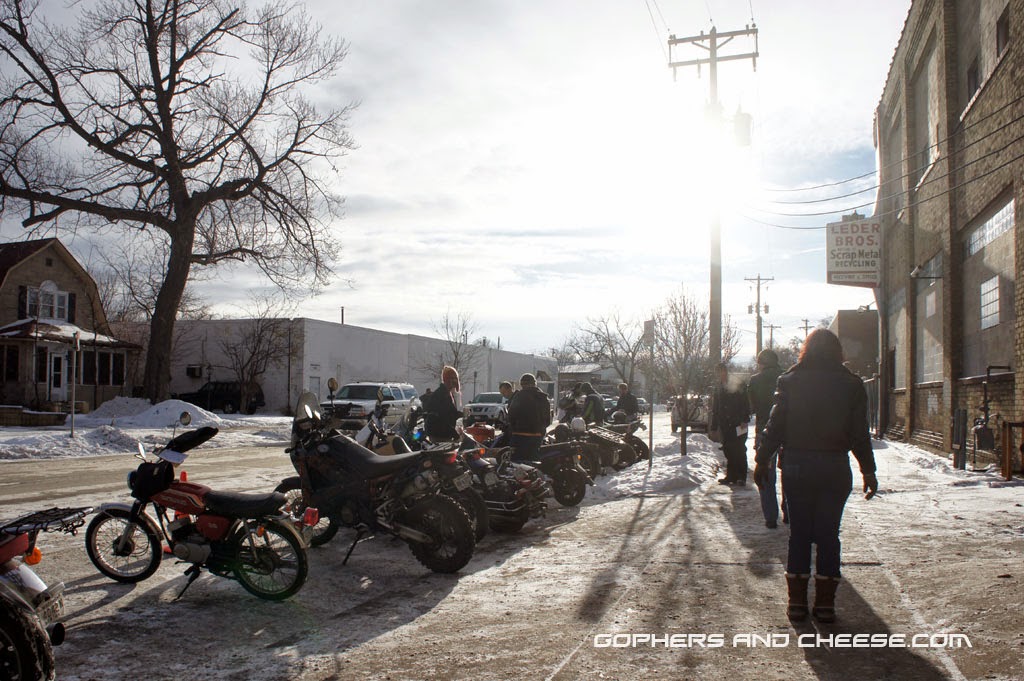 The event has changed hands a few times but is currently organized by Team Strange and started & ended at Roy's Repair.  A reporter from KARE11 (NBC) was there and posted an article and 2-minute video about the event (here).  Not to be outdone, WCCO (CBS) also covered the event with their own 2-minute video (here). 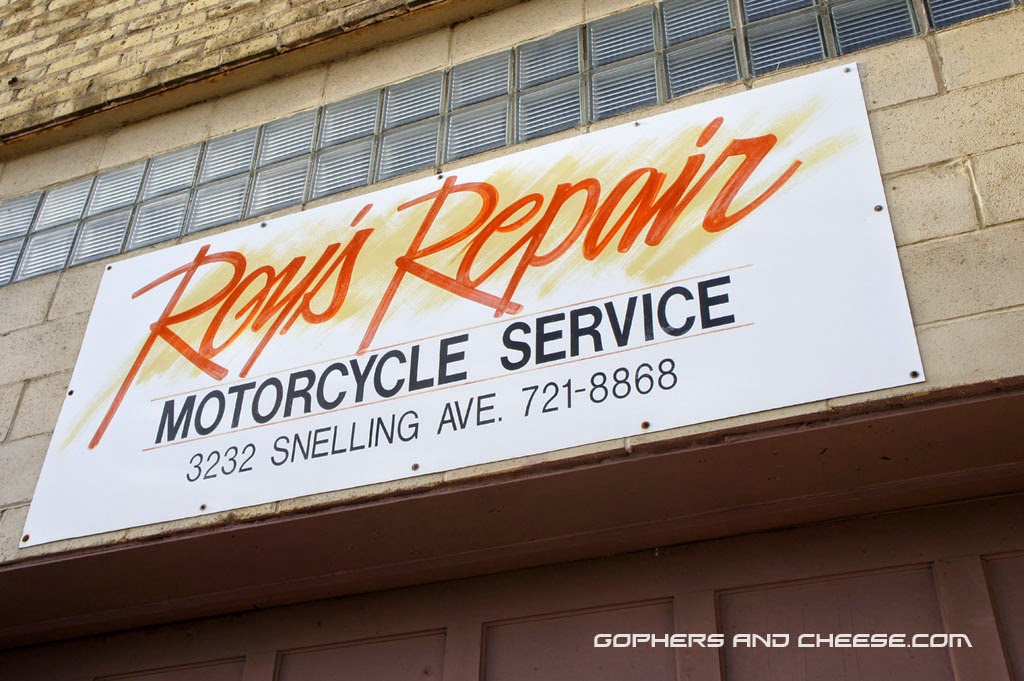 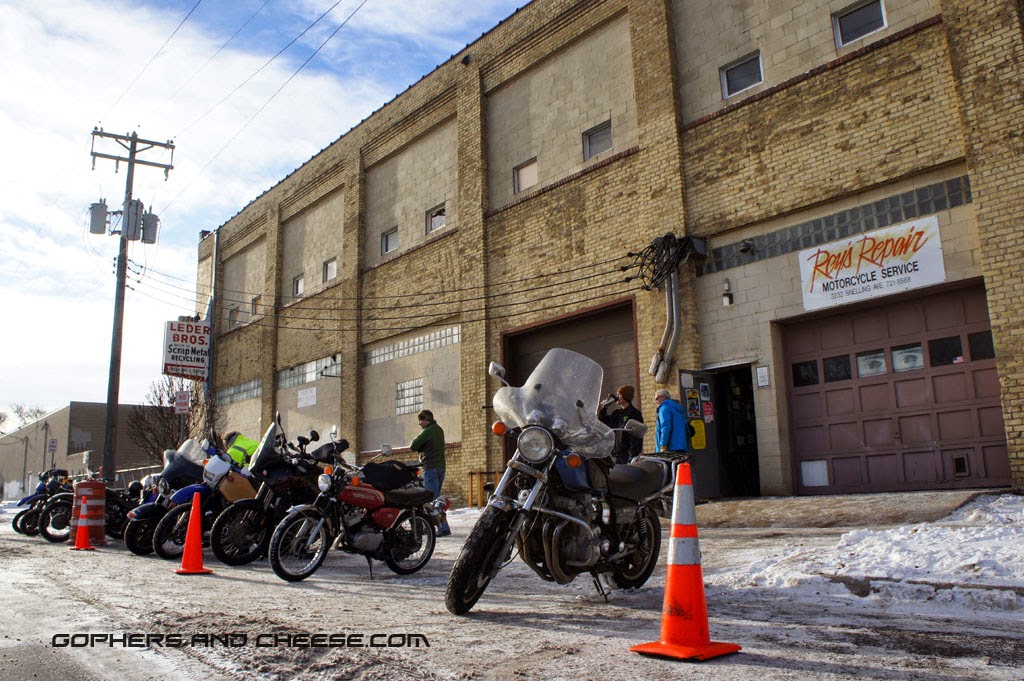 It was my first time attending the event.  The weather was about as good as you could expect for January in Minnesota, nearly 30F and sunny!  While main roads were mostly clear, side streets still had packed snow and ice.  In spite of that, 17 brave (crazy?) riders and one passenger came out to take part in the event, most on only 2 wheels!  There were two Urals with sidecars but I didn't see anyone with studded tires.  I just showed up to check it out and take photos, not ride.  There were quite a few spectators and organizers on hand too.

Here are some of the riders arriving: 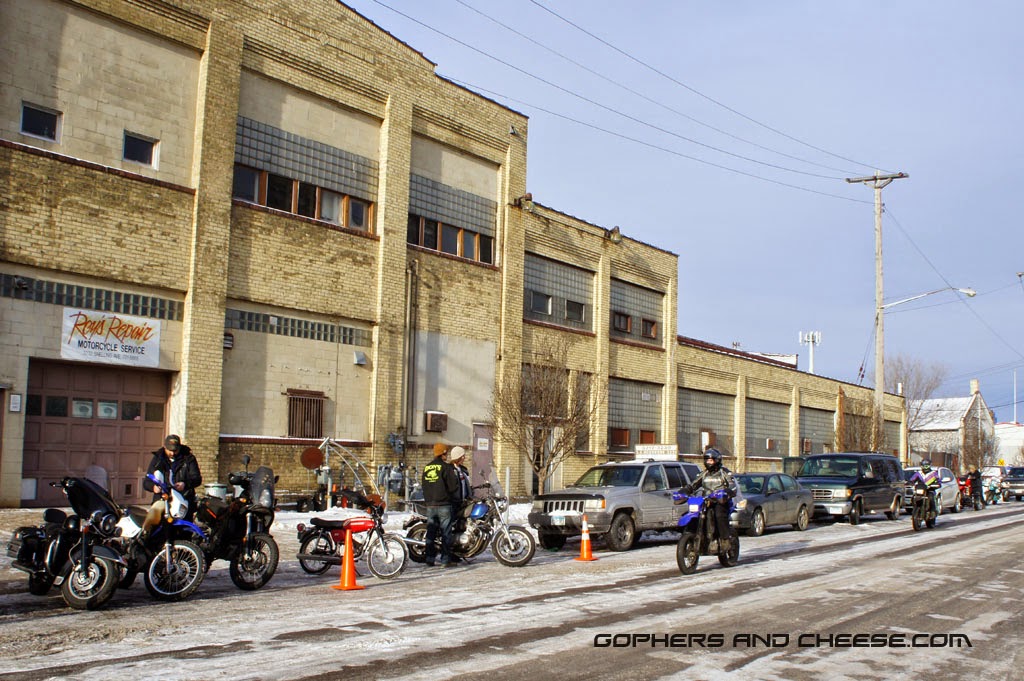 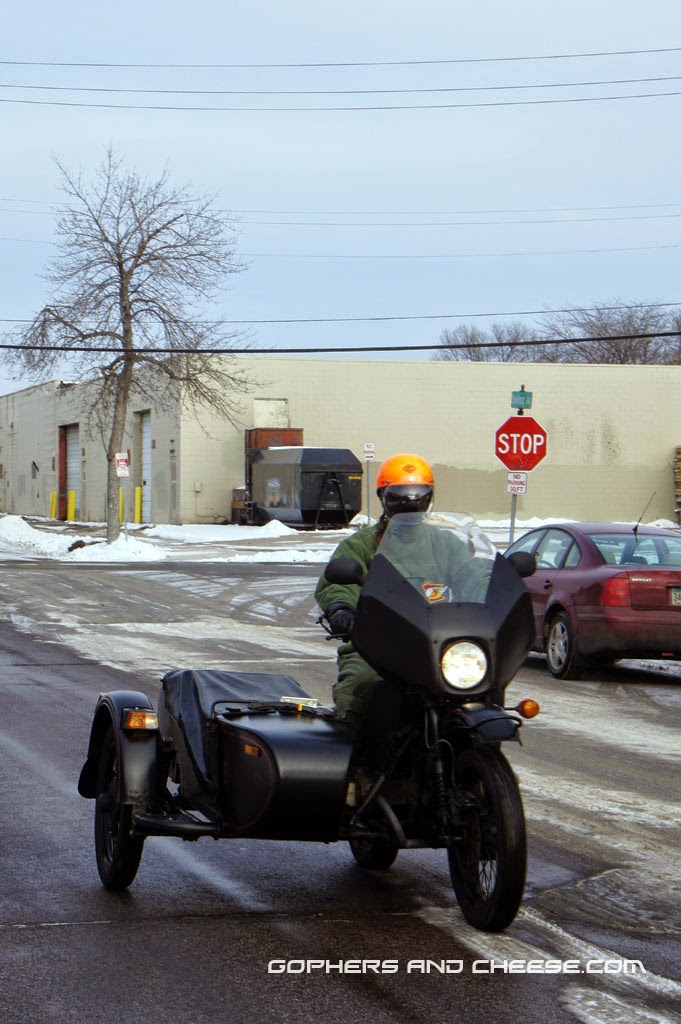 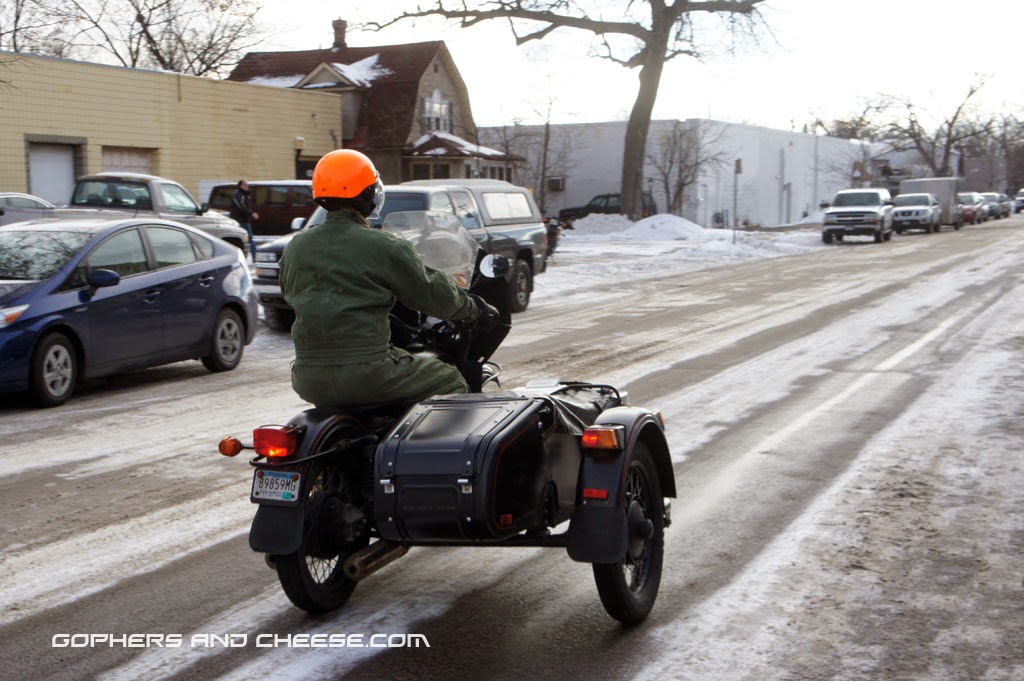 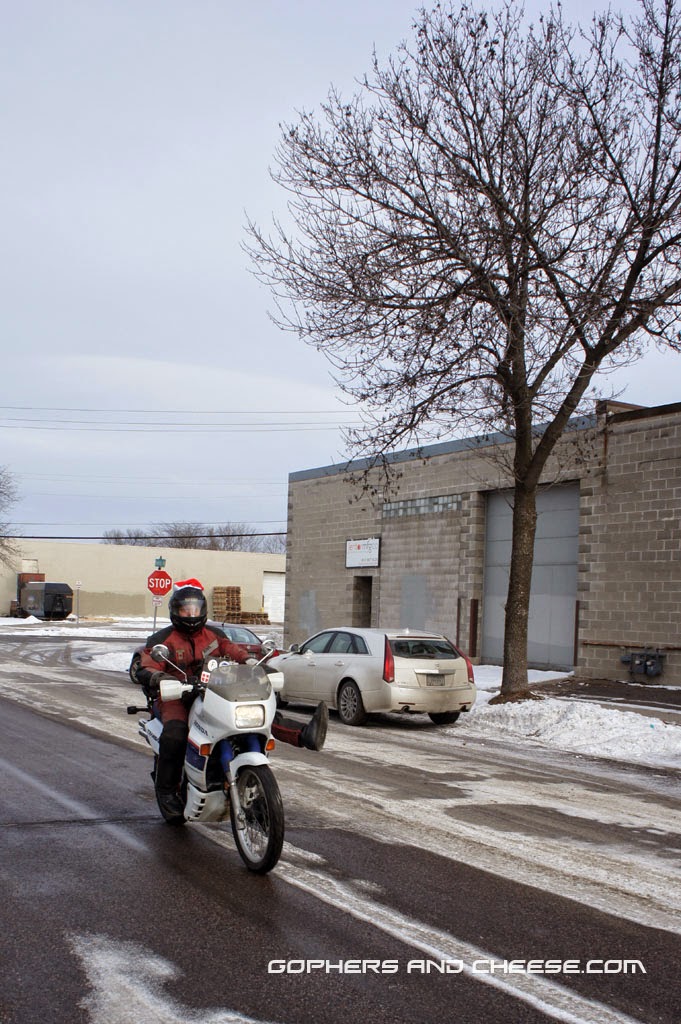 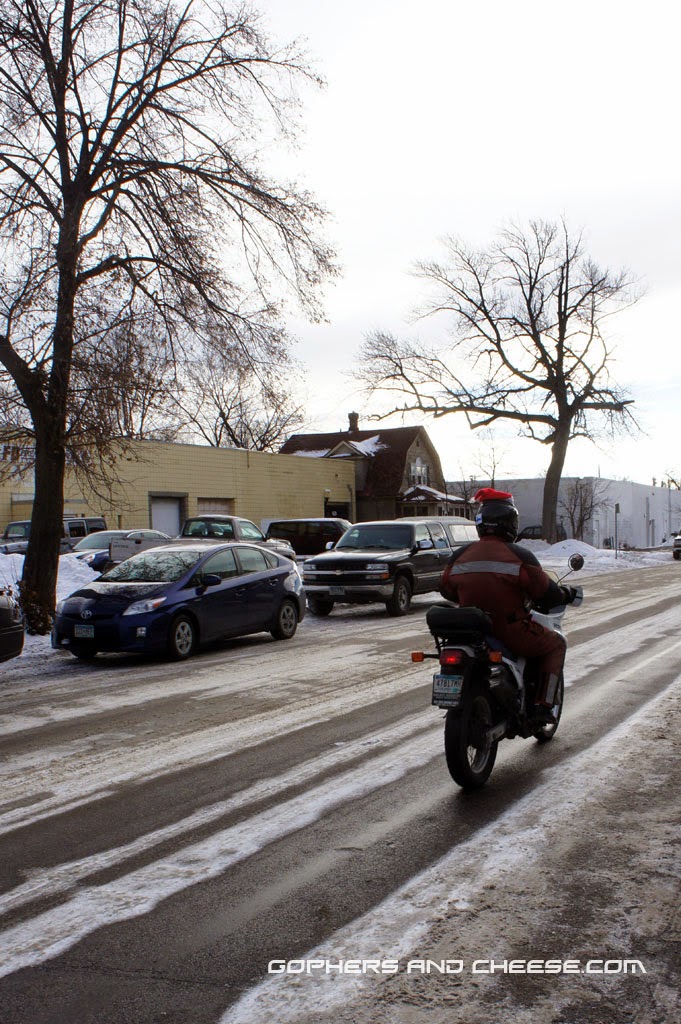 I was impressed by the diversity of bikes (and scooters) that people chose to ride. 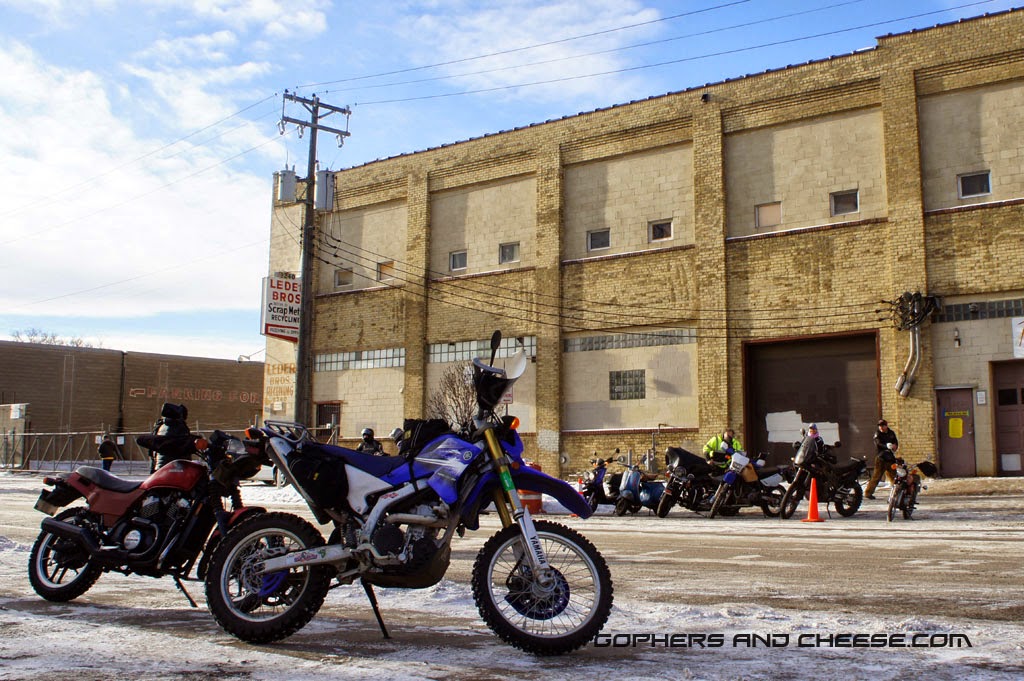 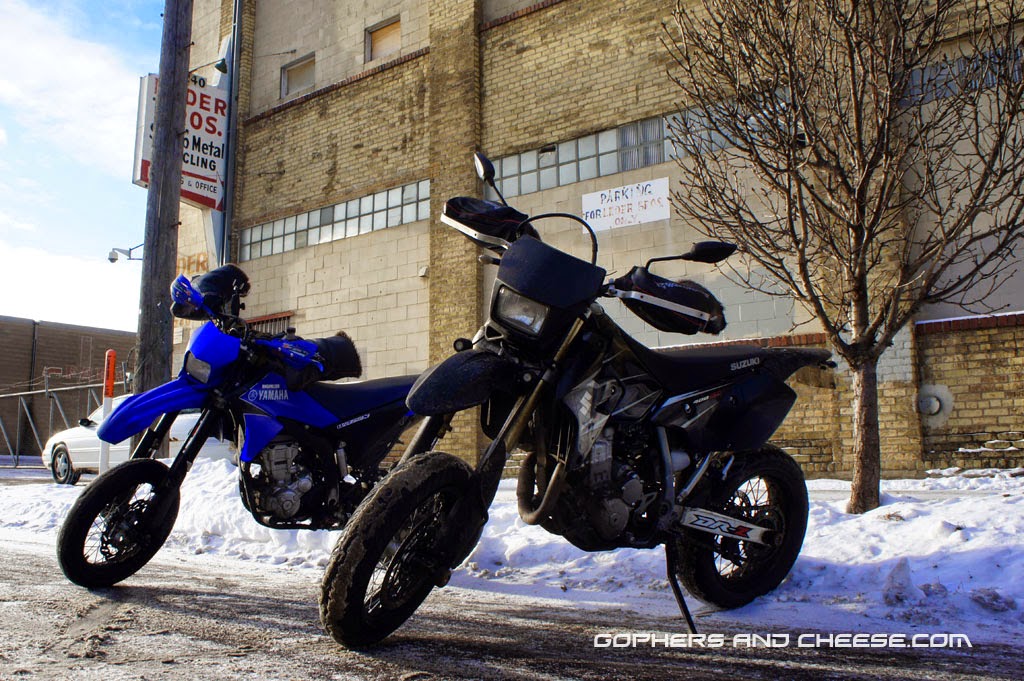 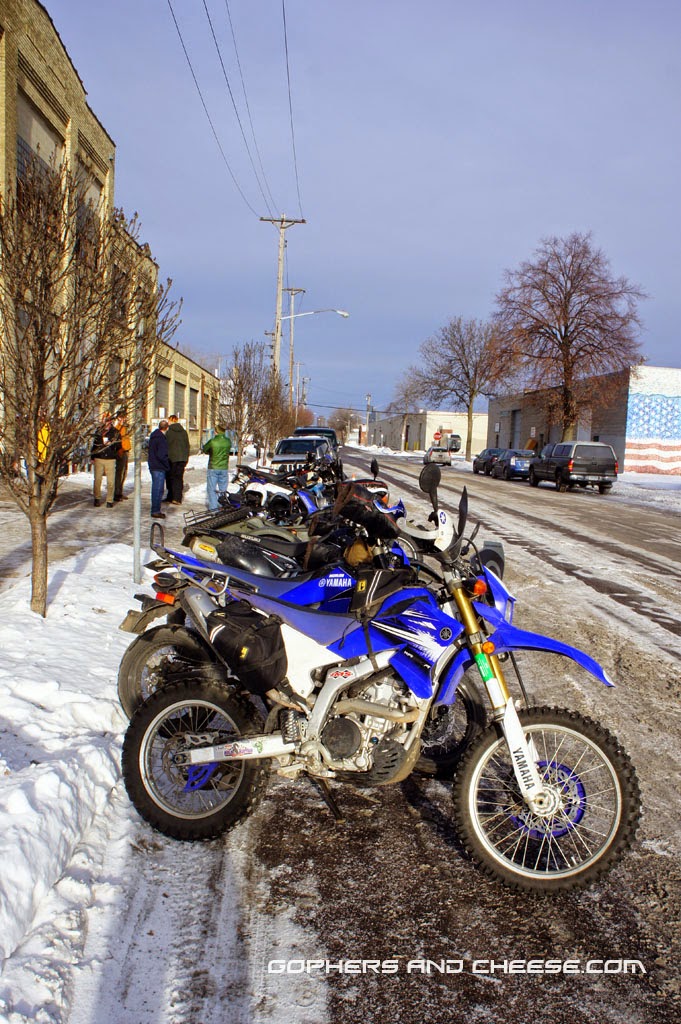 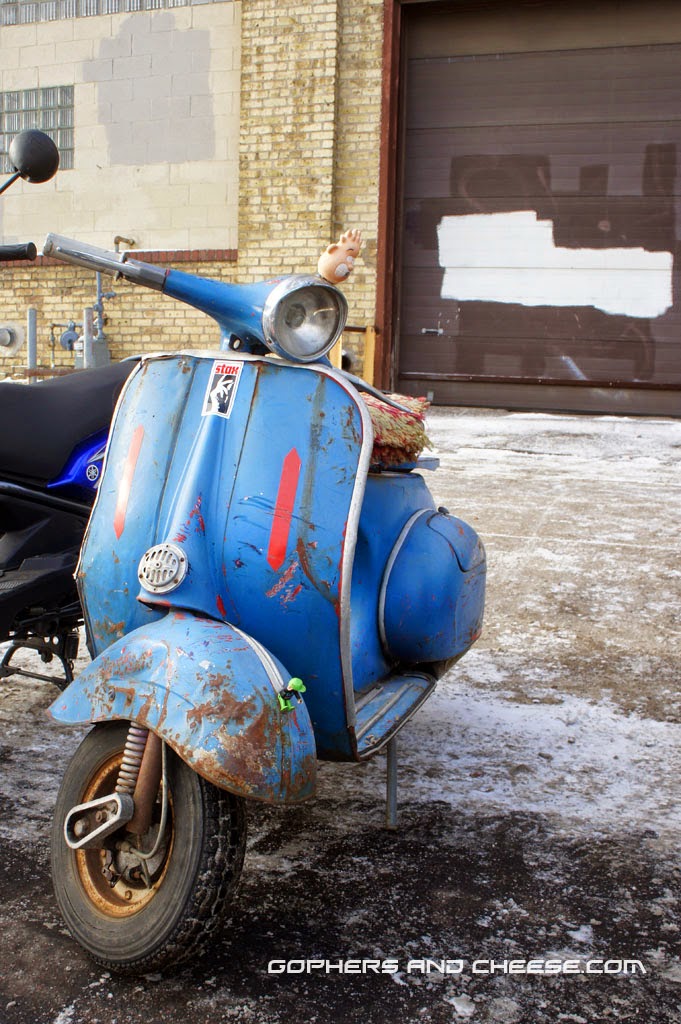 This guy was no stranger to Team Strange events... 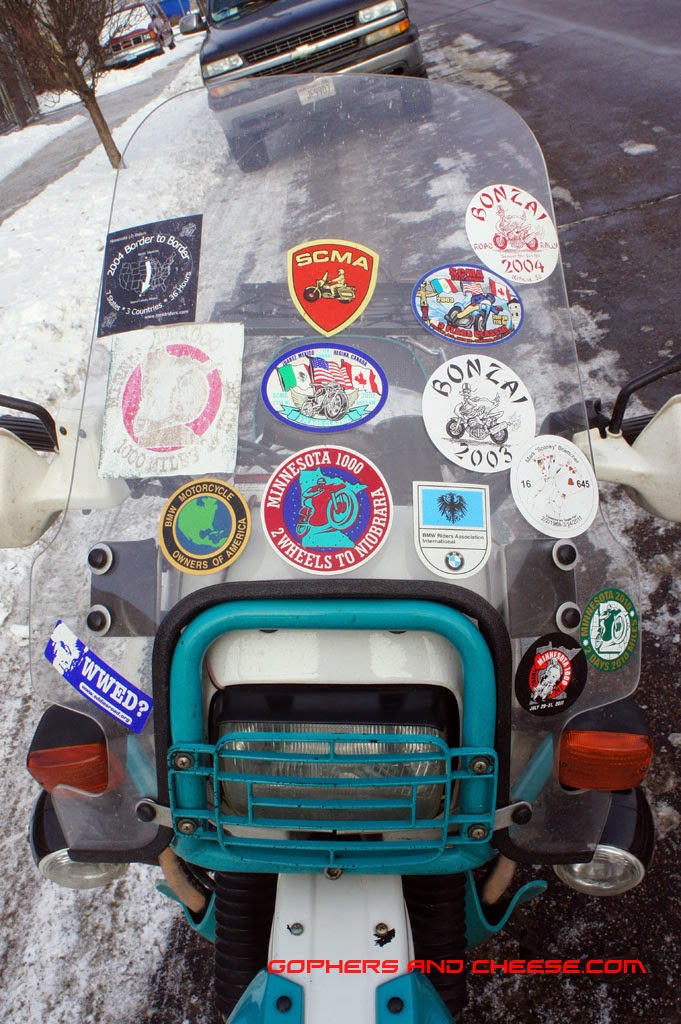 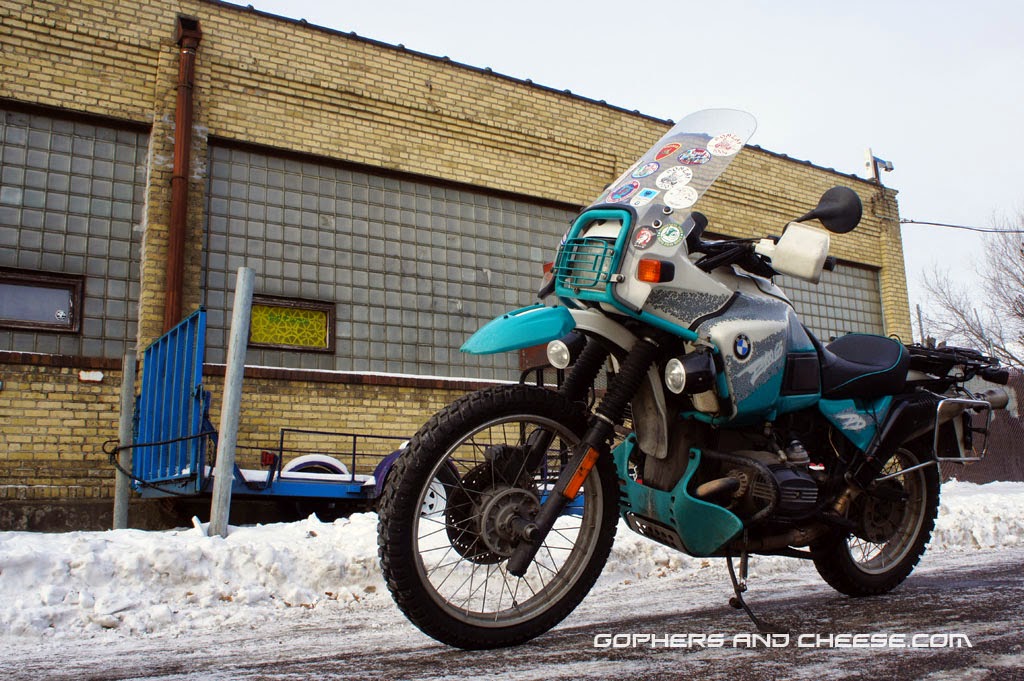 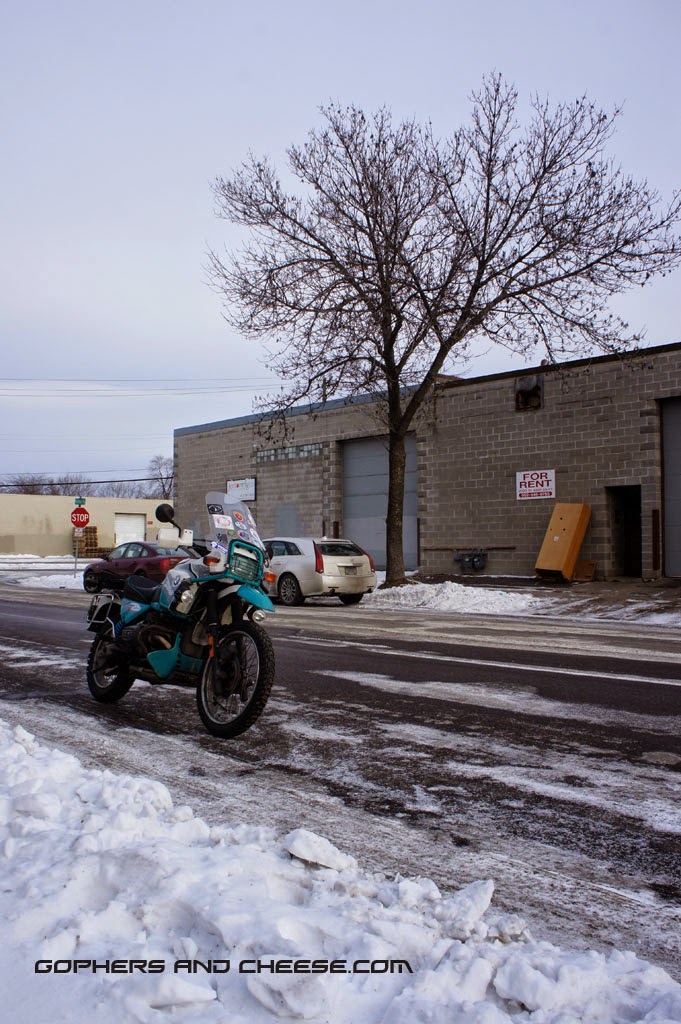 ...and neither was this guy who was obviously well-prepared with clipboard, calculator, and stopwatch.  Those tools will make more sense when I explain the details of the event in a later post. 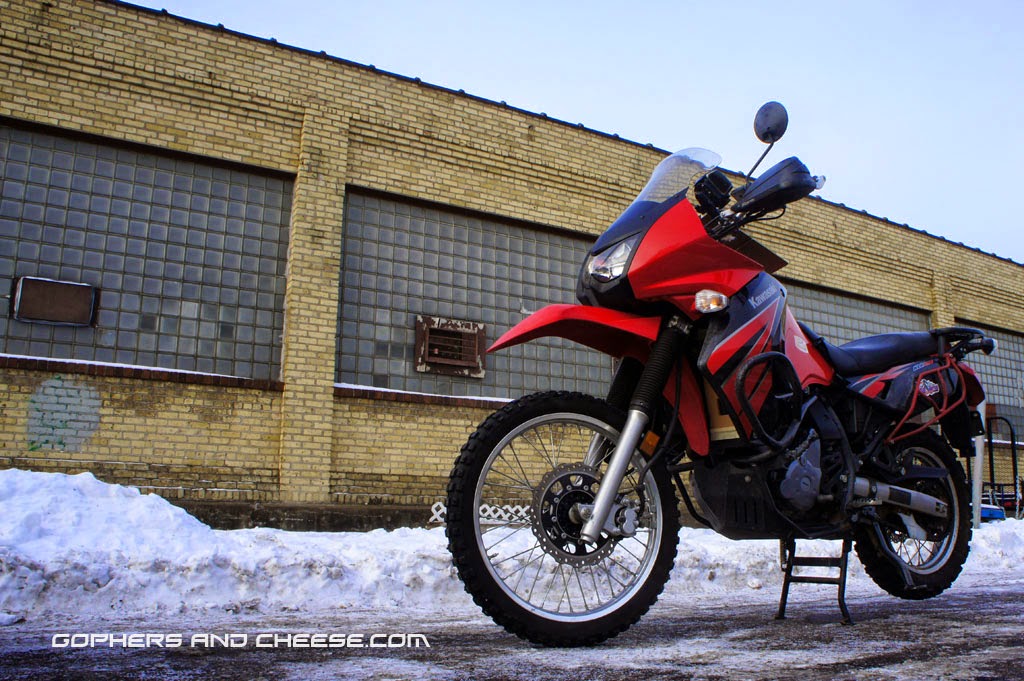 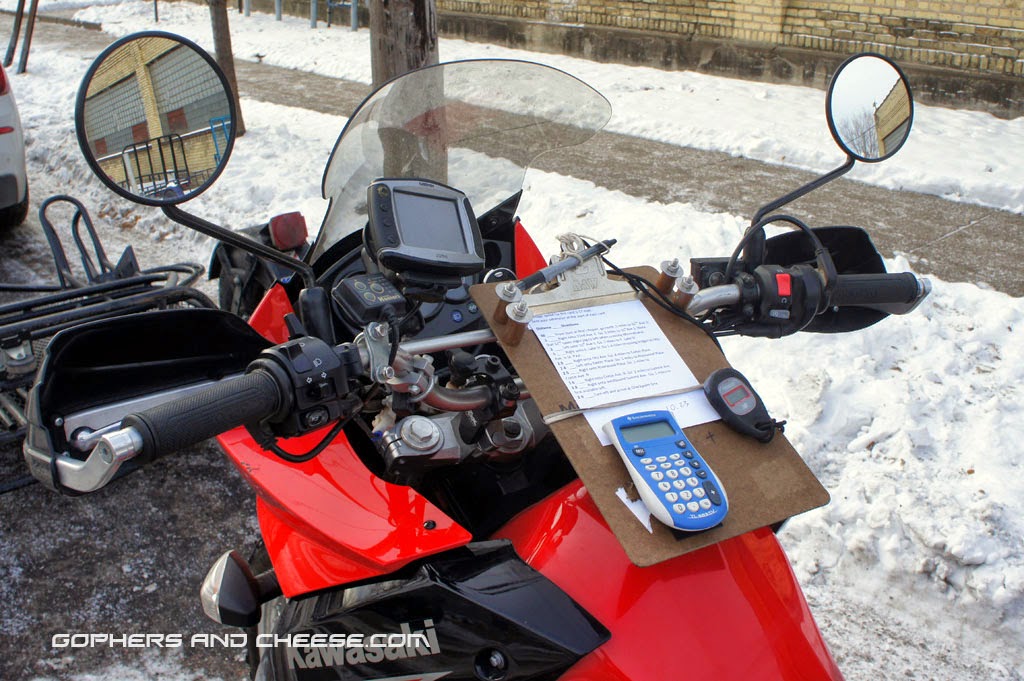 What really surprised me was the guy who rode his Harley.  That was awesome.  Sadly (but unsurprisingly), no choppers showed up. 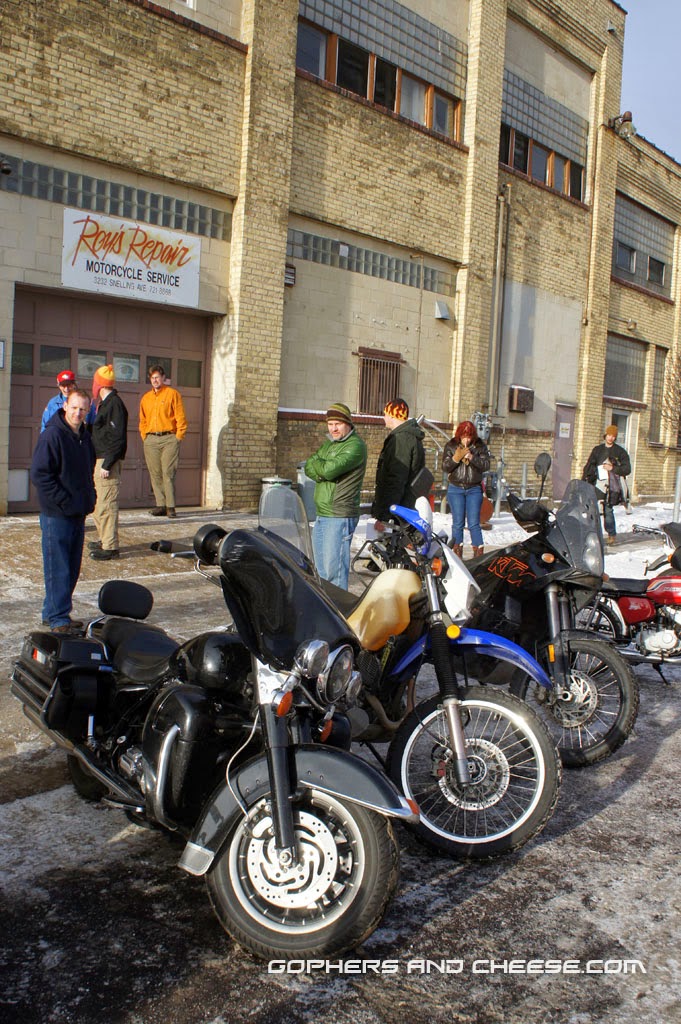 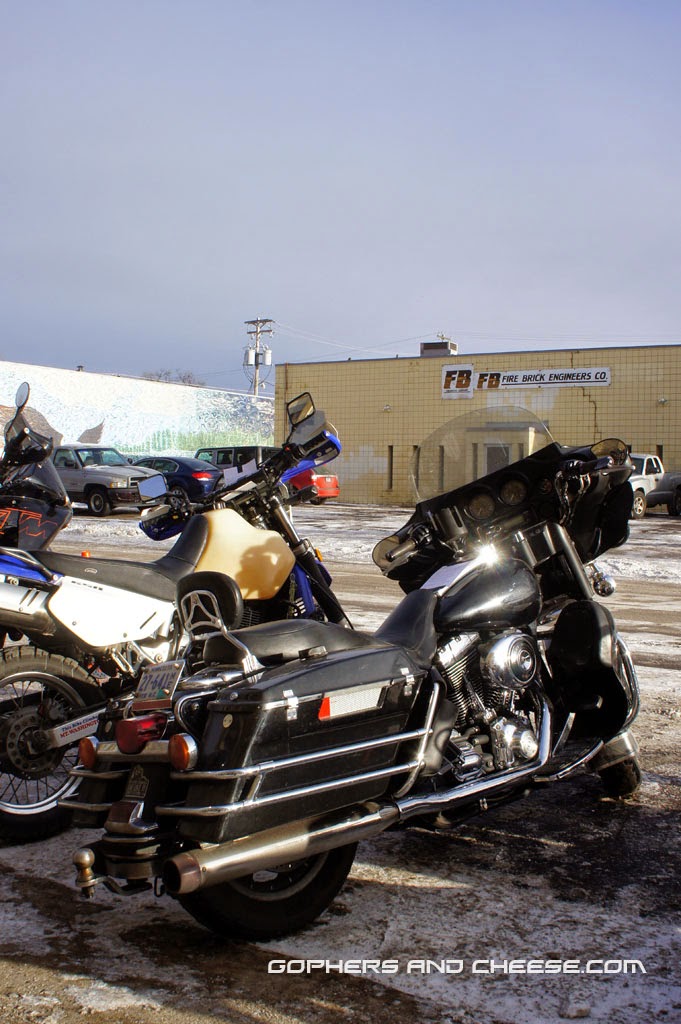 While I didn't stick around for the whole event, I stayed long enough to see everyone depart from Roy's Repair and will be posting a bunch of photos (including photos of every rider) over the next few days.  Keep checking back daily!