Back in March, I drove out to Milwaukee to check out the Harley Davidson Museum for the first time.  Perhaps the most famous bike in the museum is "Serial Number One". 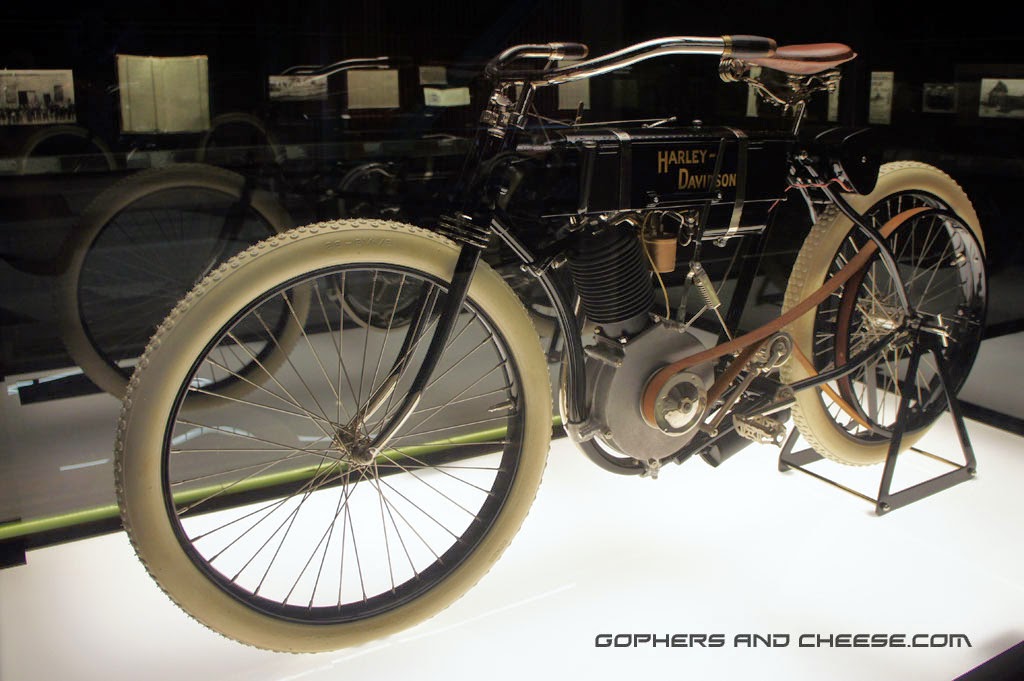 In spite of the fact it's not actually the first bike Harley ever built, it's considered to be the oldest Harley in the world.  It's actually a mix of parts including an early motor and a 1905 frame.  Regardless, it's a beautiful bike and I love the way Harley displays it.  All that was missing was a choir of angels singing in the background. 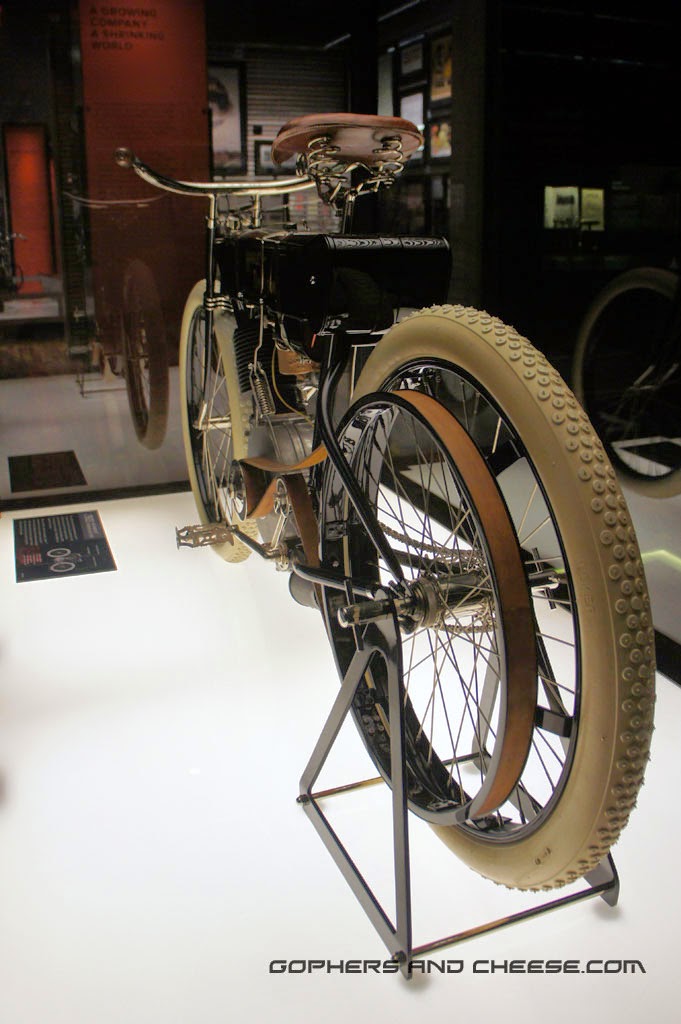 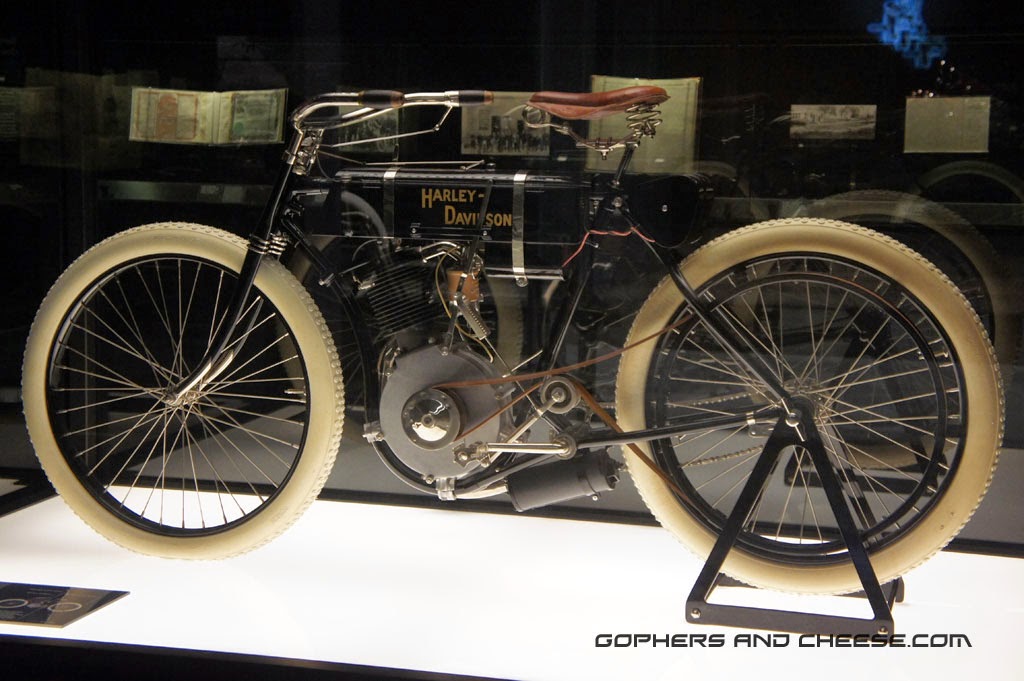 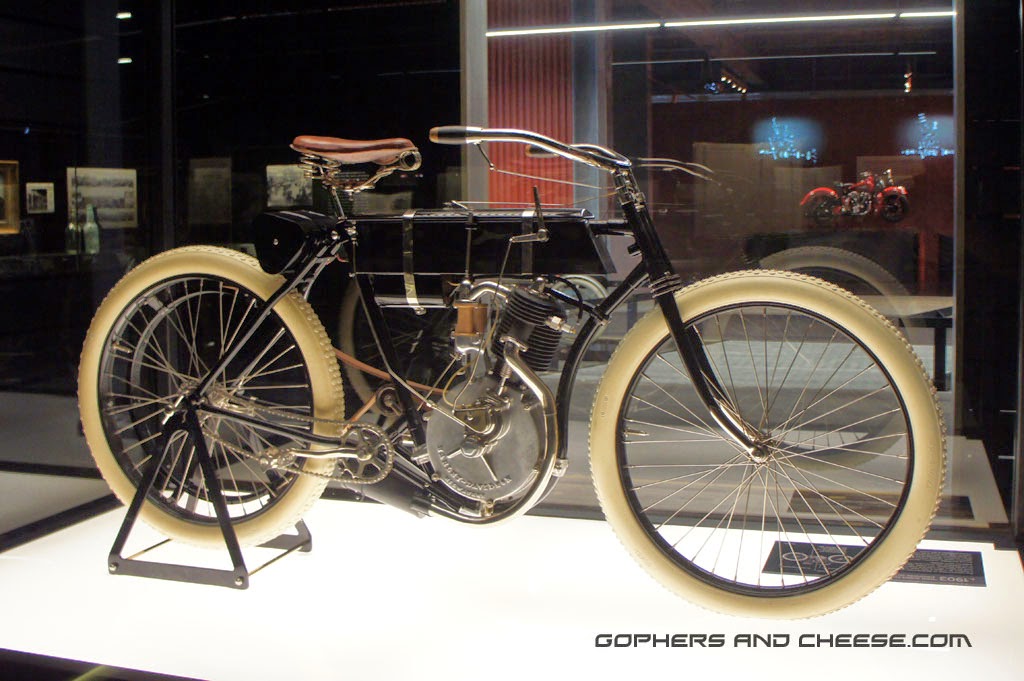 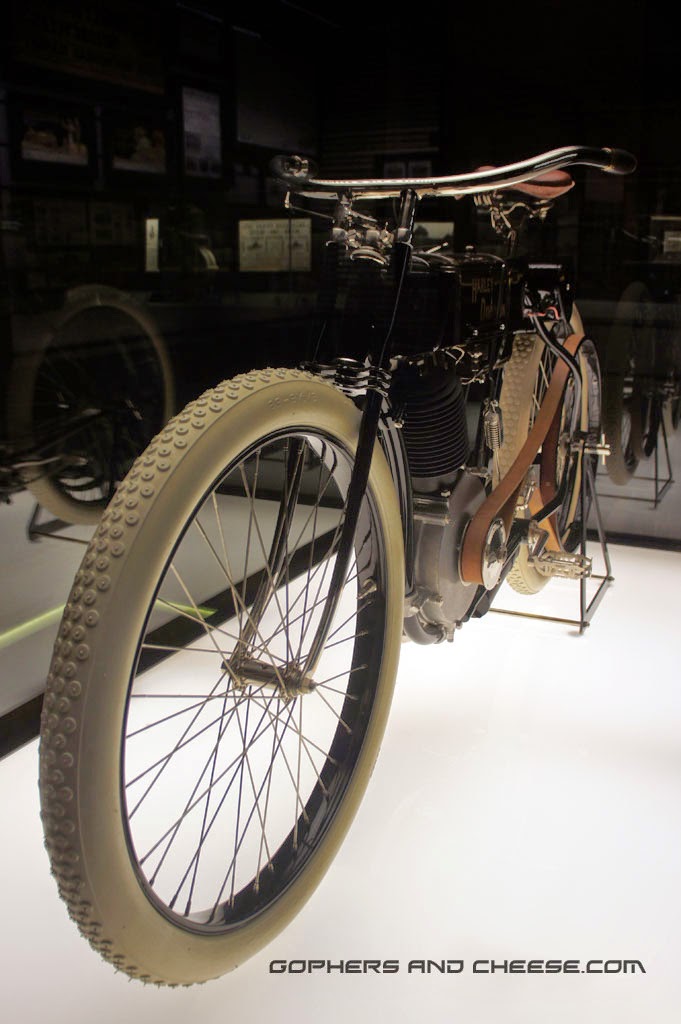 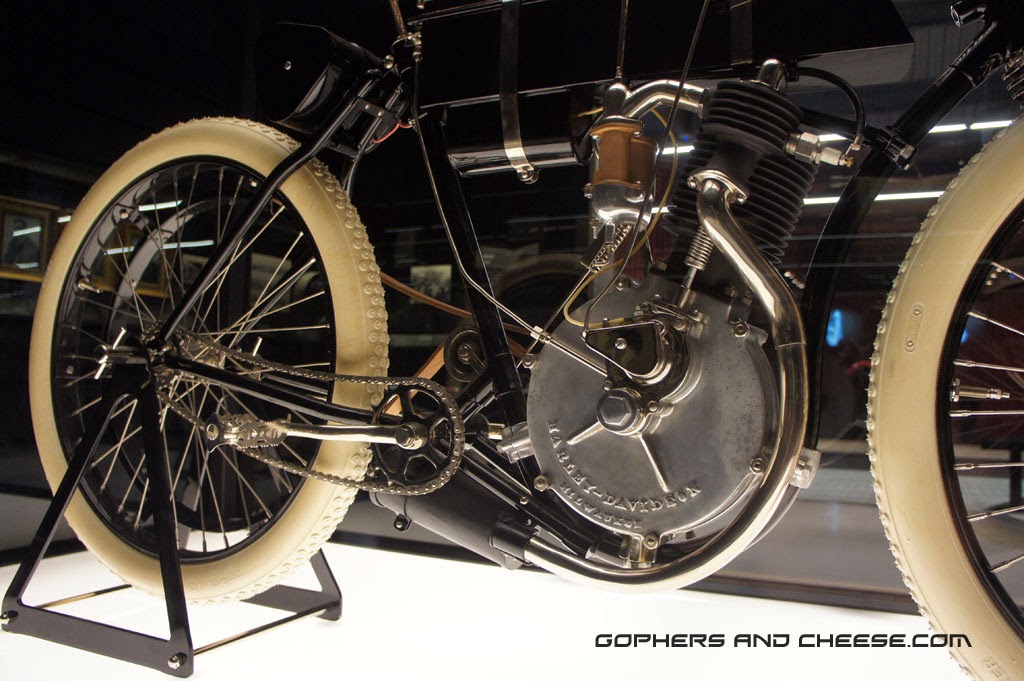 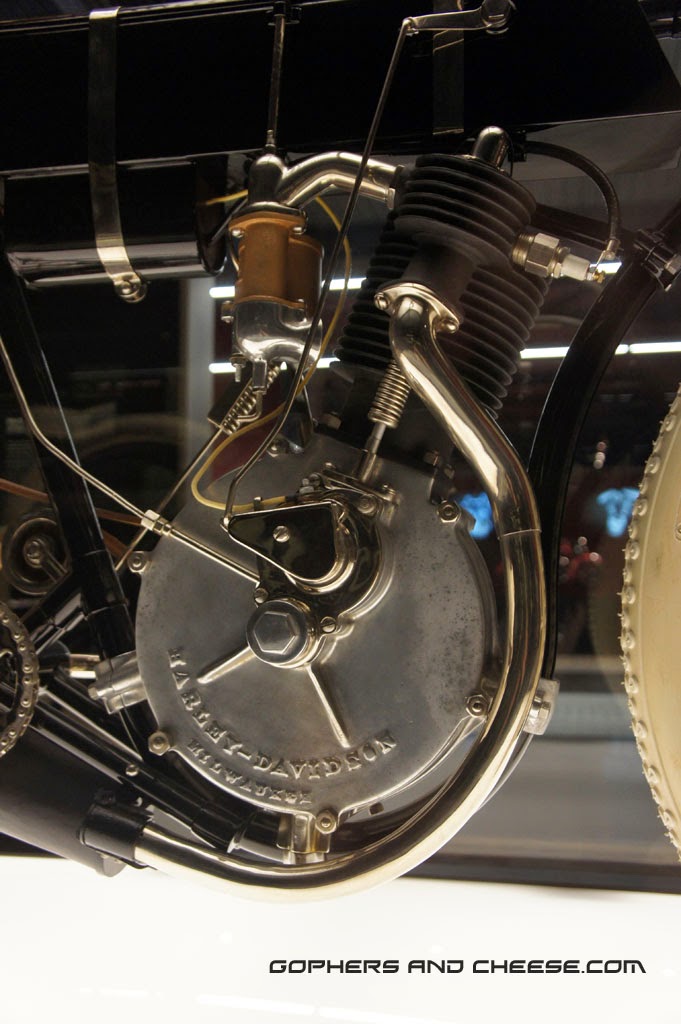 If you think I take a lot of photos at local motorcycle shows and events, I went nuts in Milwaukee taking over 500 photos at the museum.  I won't be posting all of them but I'll probably share some here and there instead of flooding the blog with too many museum posts in row.  I still have a ton of other 2014 events and trips to share photos from too.

Seriously, if you have not been to the museum, GO!!!  It's fantastic and totally worth the trip.