While the weather hasn't exactly been nice lately, it has been unusually warm (relatively speaking).  Nearly all the snow and ice has melted and it broke 50F yesterday so I figured I would do something I've never done before... ride my motorcycle in Minnesota in December. 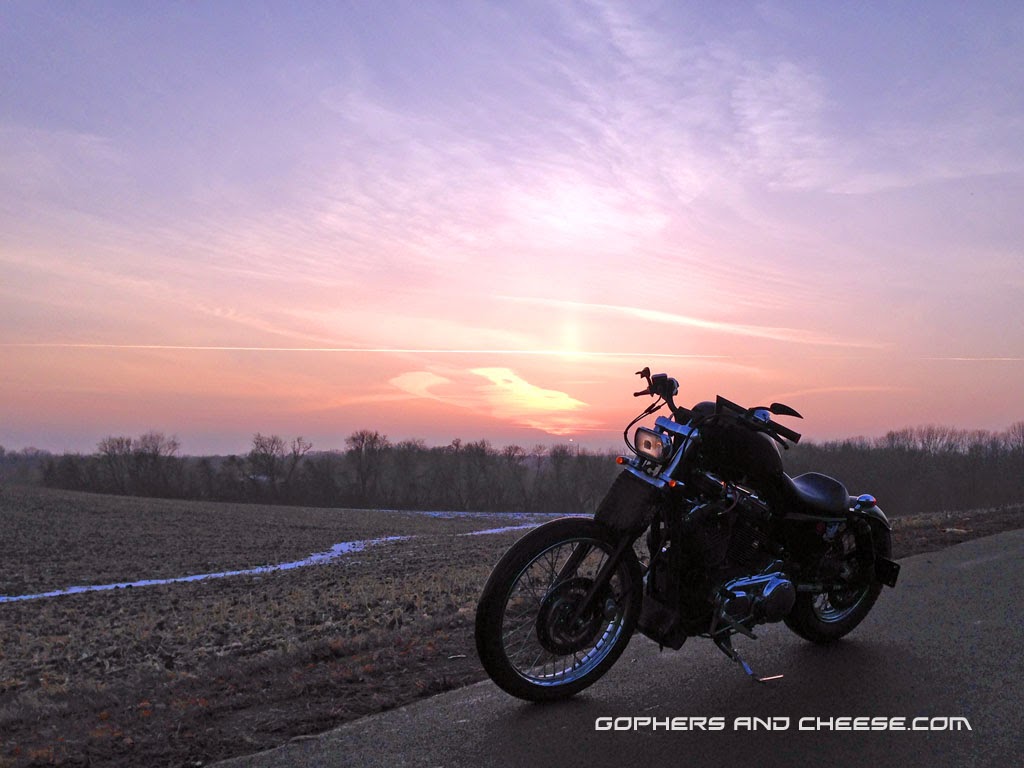 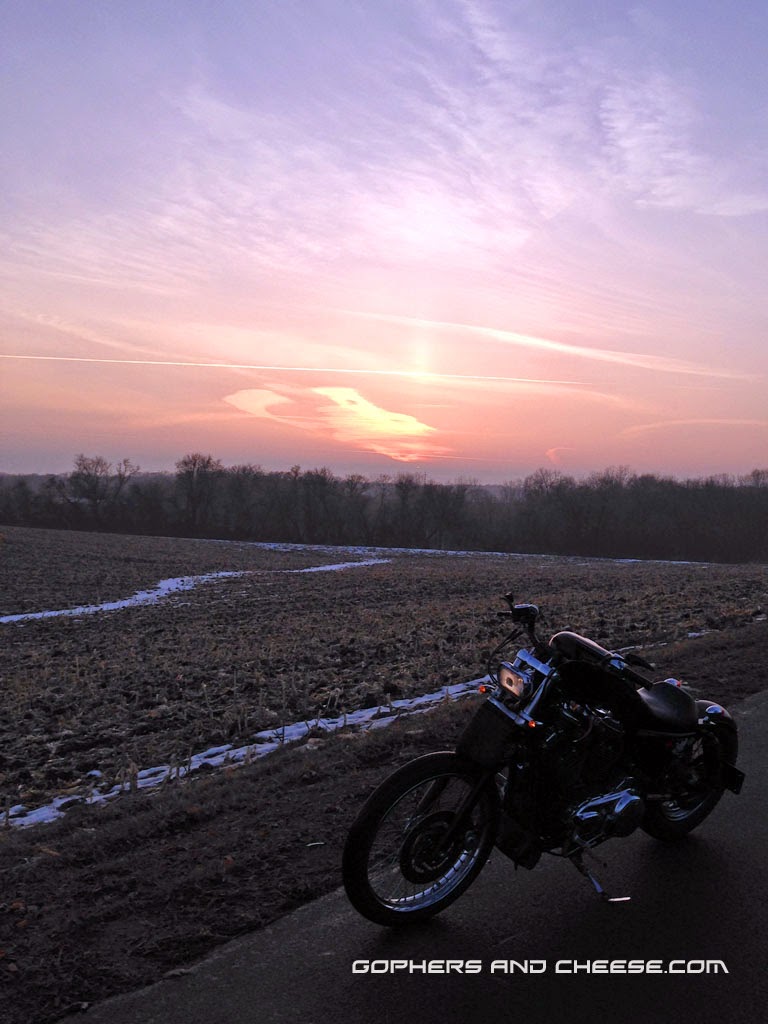 I headed out as the sun was setting.  The roads were wet so I tied a bandana around the front forks to soak up most of the spray. 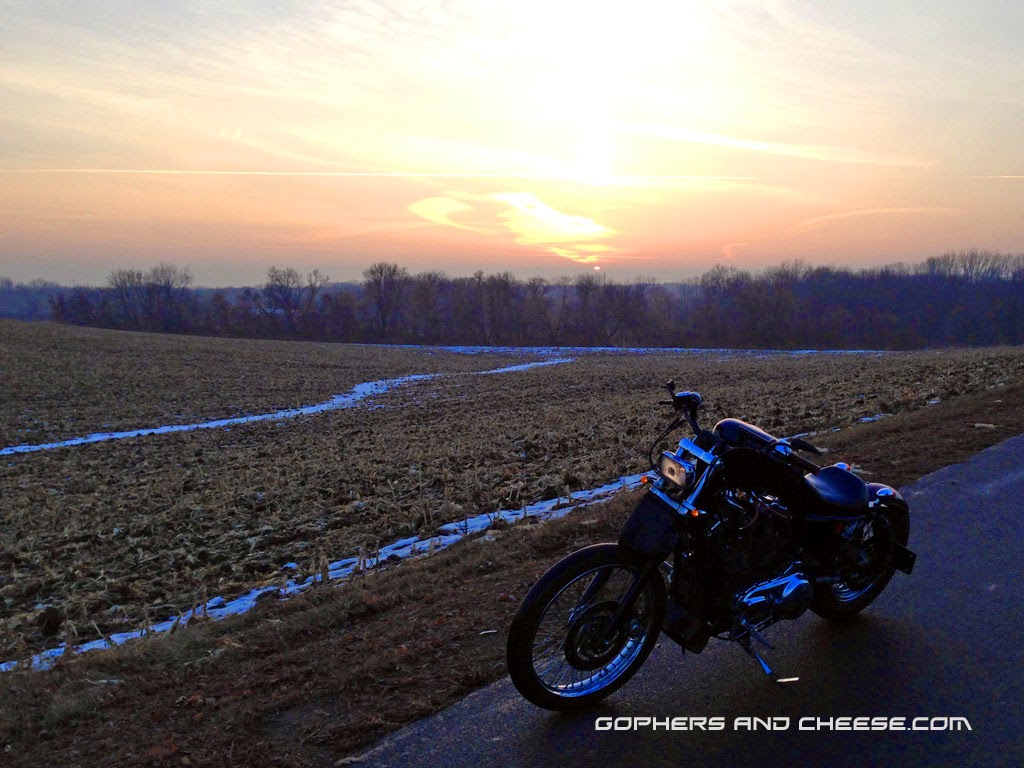 With some snow still visible along the edges, combined with the fact it wasn't raining, the wet, reflective roads trick your mind into thinking it's ice.  Thankfully it wasn't, and I remained happily upright. 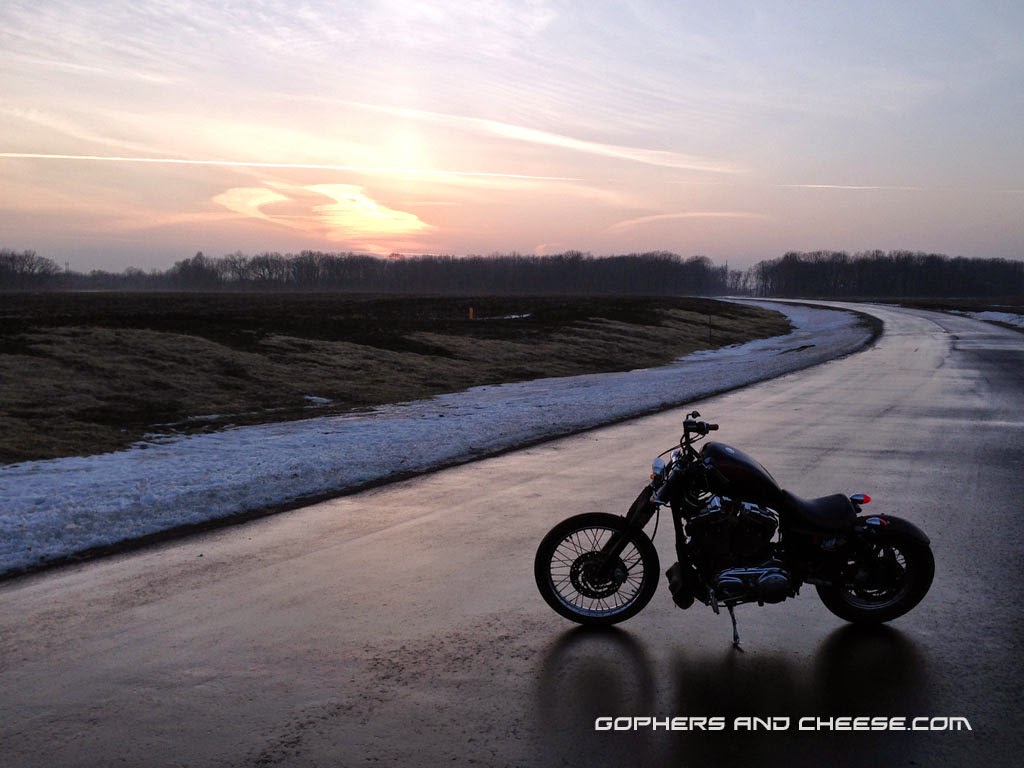 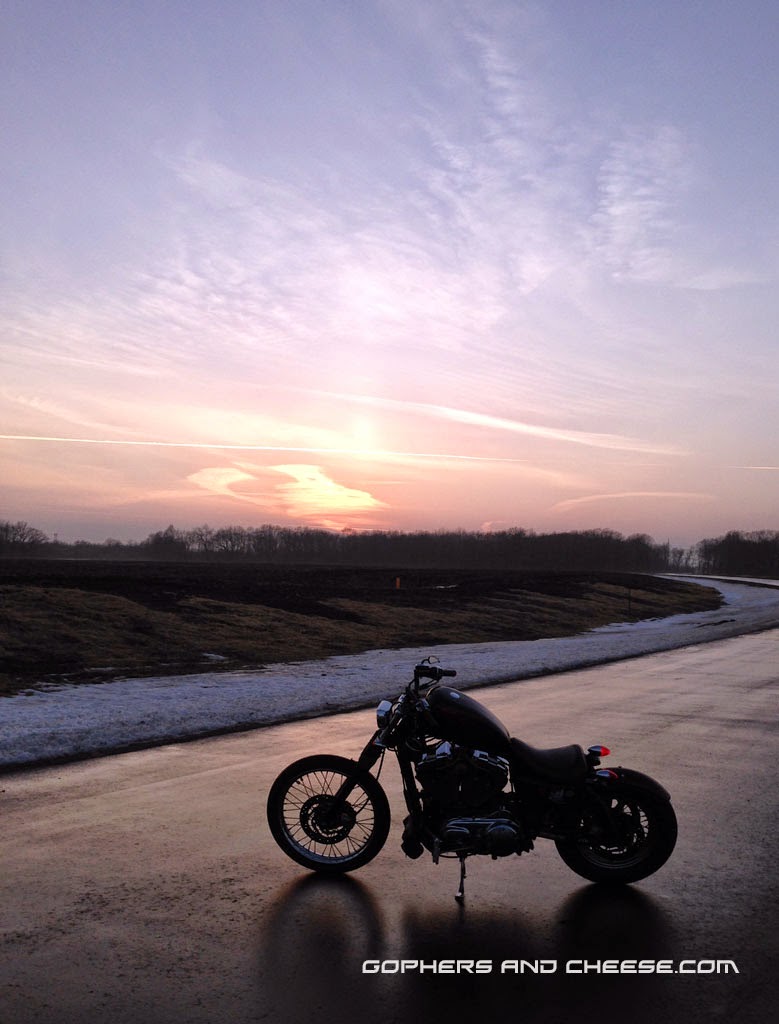 When I got back, the bike was filthy.  Knowing I was likely riding around in a mix of snow-melting salt and chemicals, I actually washed my bike today (something I rarely do). 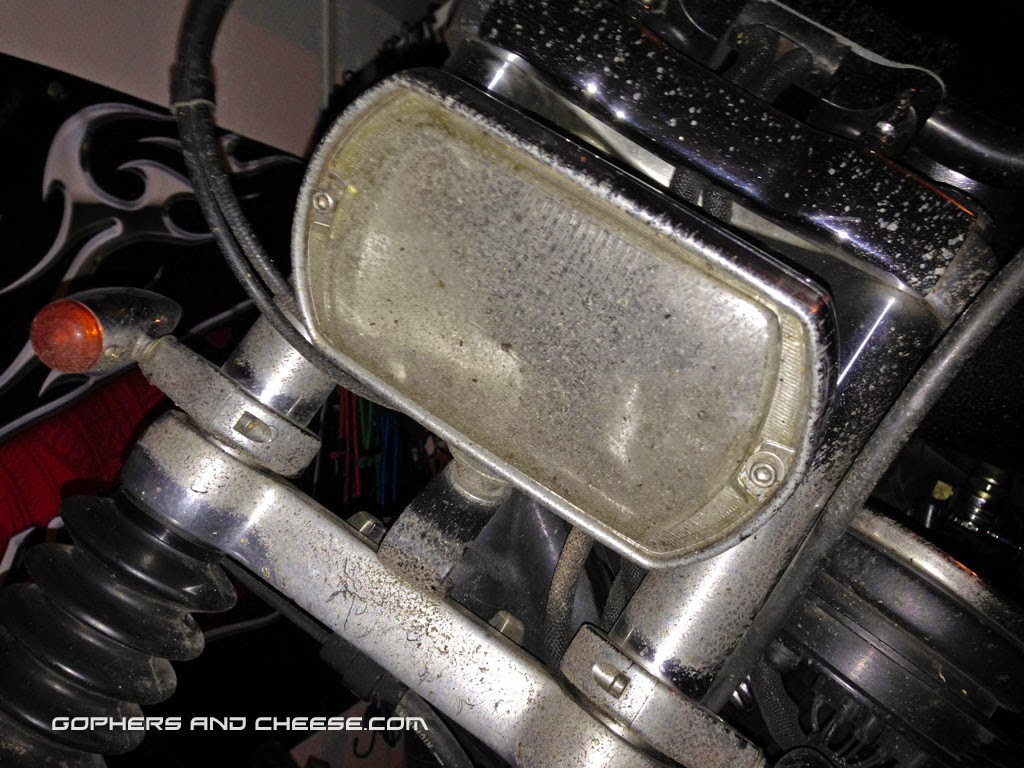 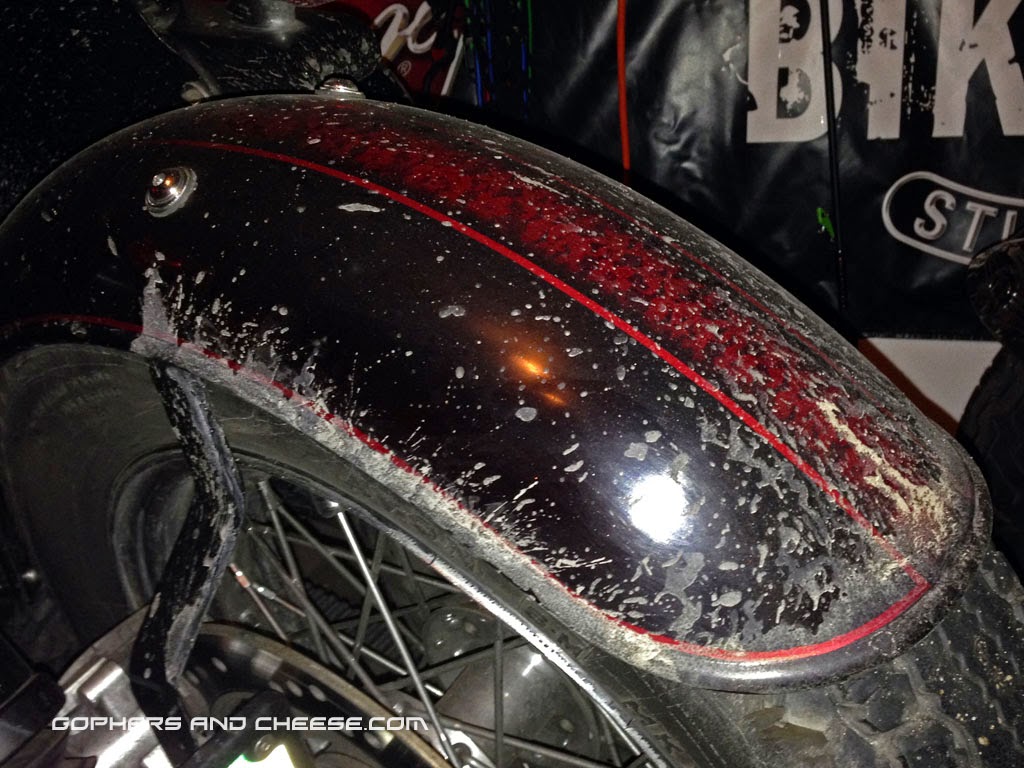 A December ride in Minnesota is quite rare.  Now the only month I haven't ridden here is January but I have a feeling that one will continue to elude me.