Unless we get a serious warm up before the deep freeze of winter sets in, my last "real" ride of the season will end up being a ride I took through downtown Minneapolis two weeks ago on November 2nd.  After a stop at Bob's Java Hut, I got some photos at the Intermedia Arts building in front of a gopher mural!!! 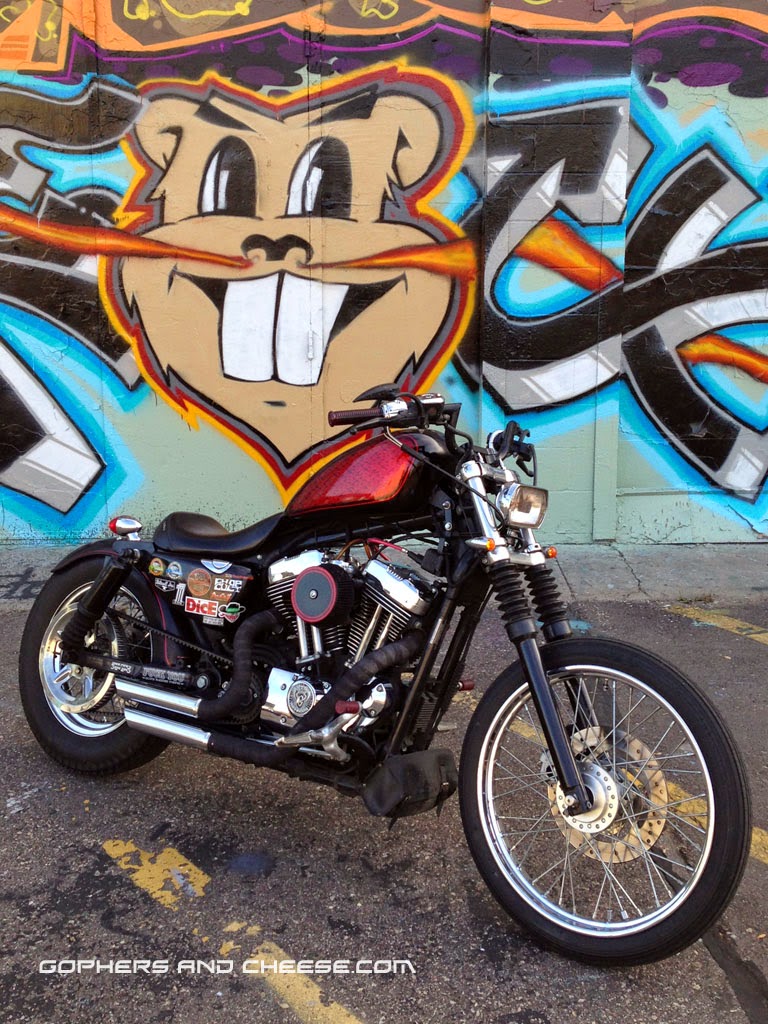 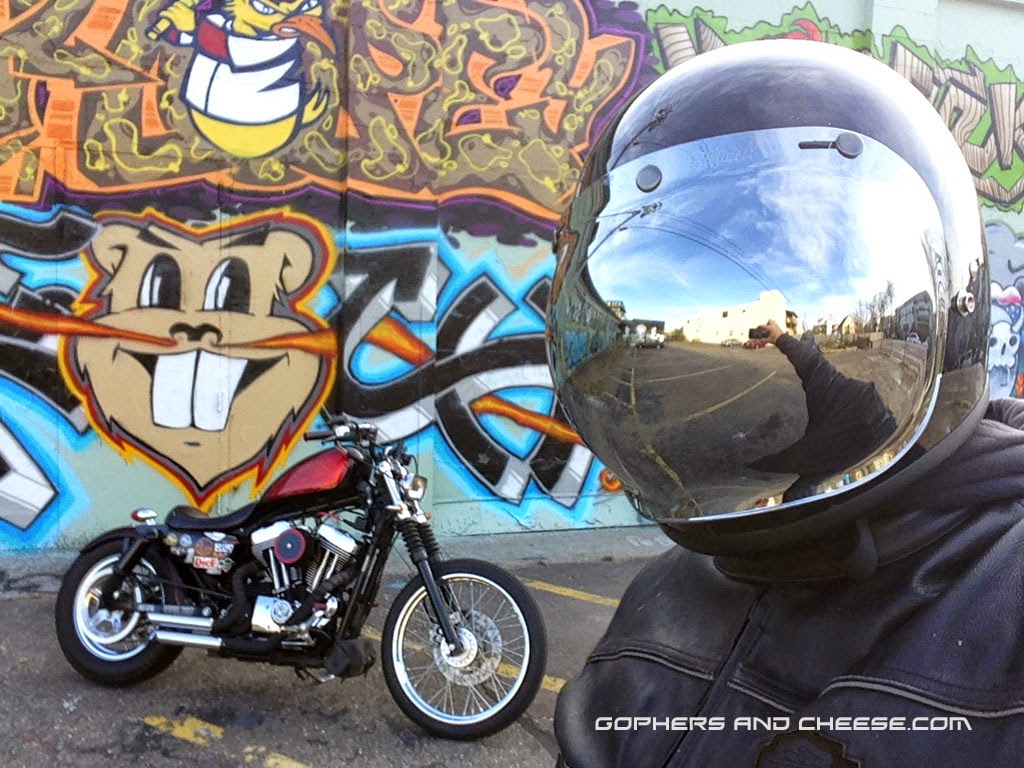 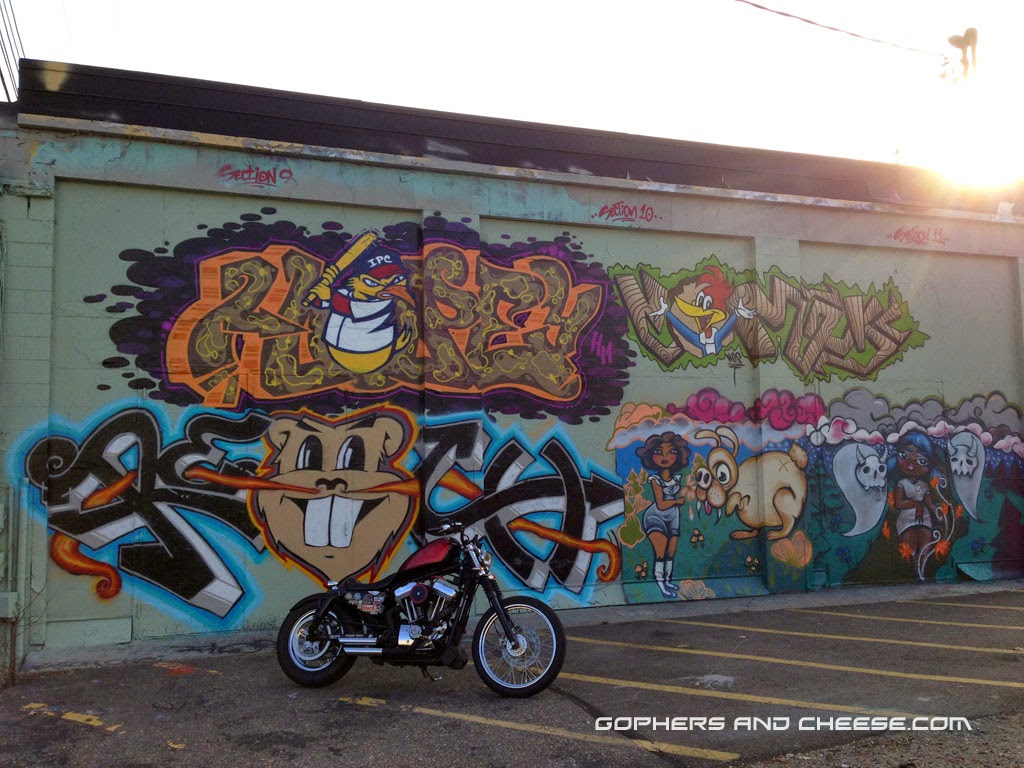 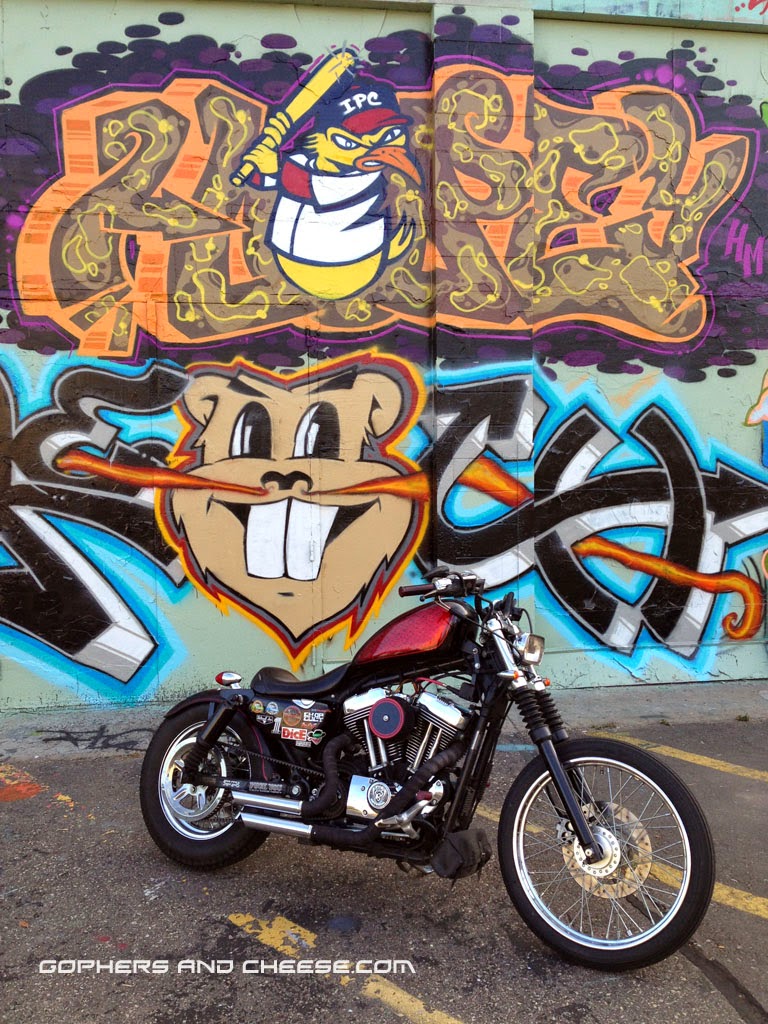 I say "real ride" because I took both of my bikes for very brief rides a few days later to add fuel stabilizer and top off the tanks before it snowed.  Those rides were really just to get the stabilizer through the fuel system.

After snapping these photos, I headed towards the lakes and took a bunch of photos in Lakewood Cemetery.  Those are up next.