I'll wrap up the inaugural Spare Arts Motorcycle Show with two Sportsters.  First up is this XL1200 with fantastic paint.  I'm not sure if Tony is the name of the owner or the girl on the tank.  Regardless, it's epic. 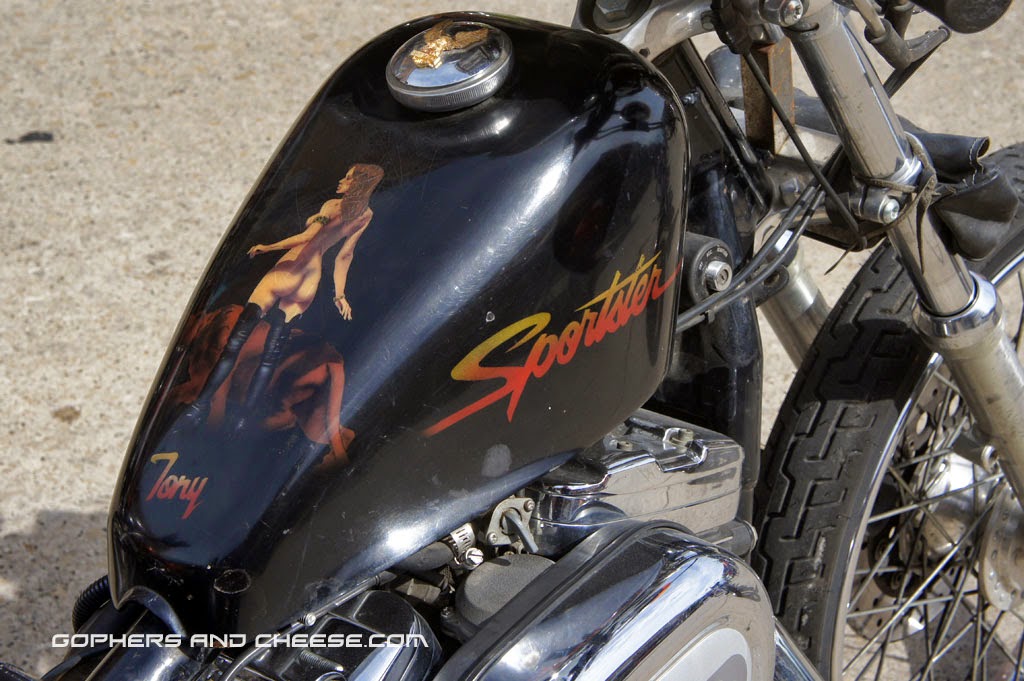 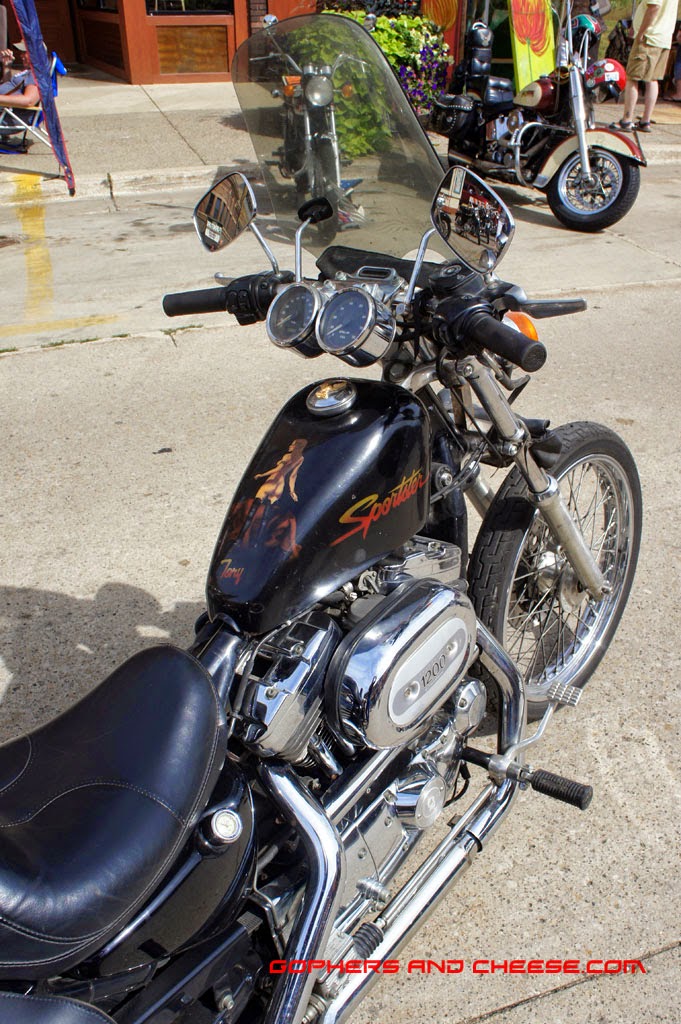 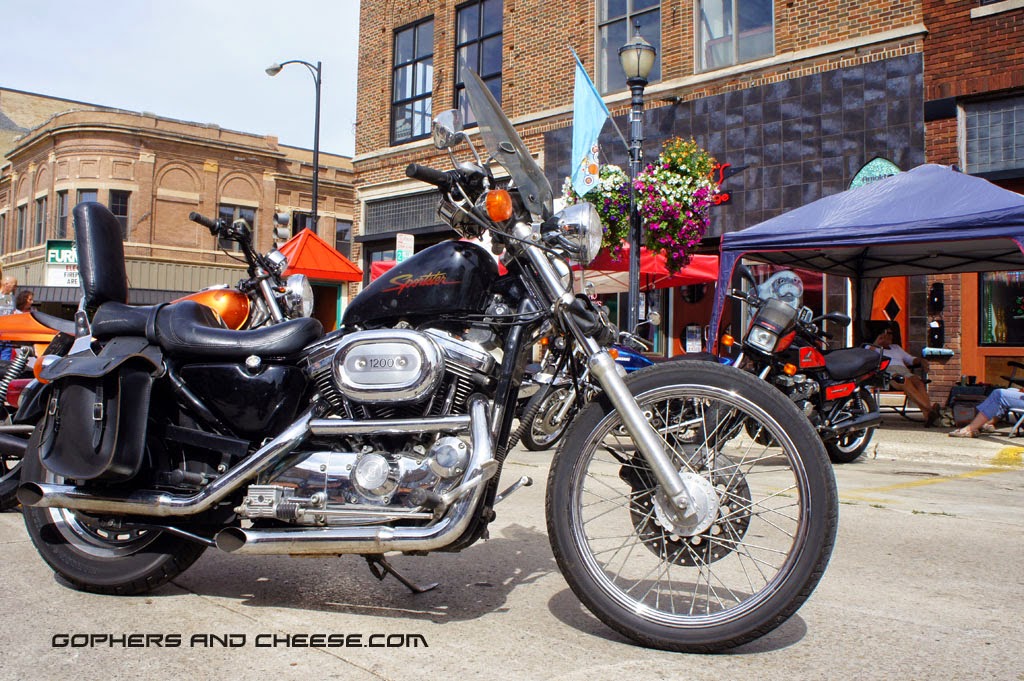 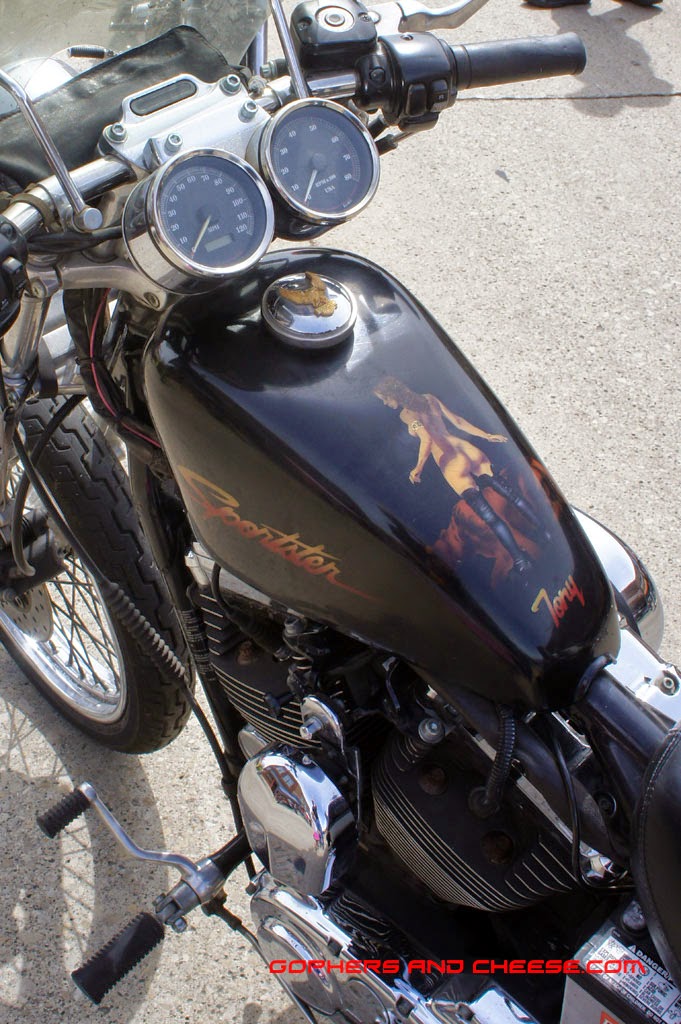 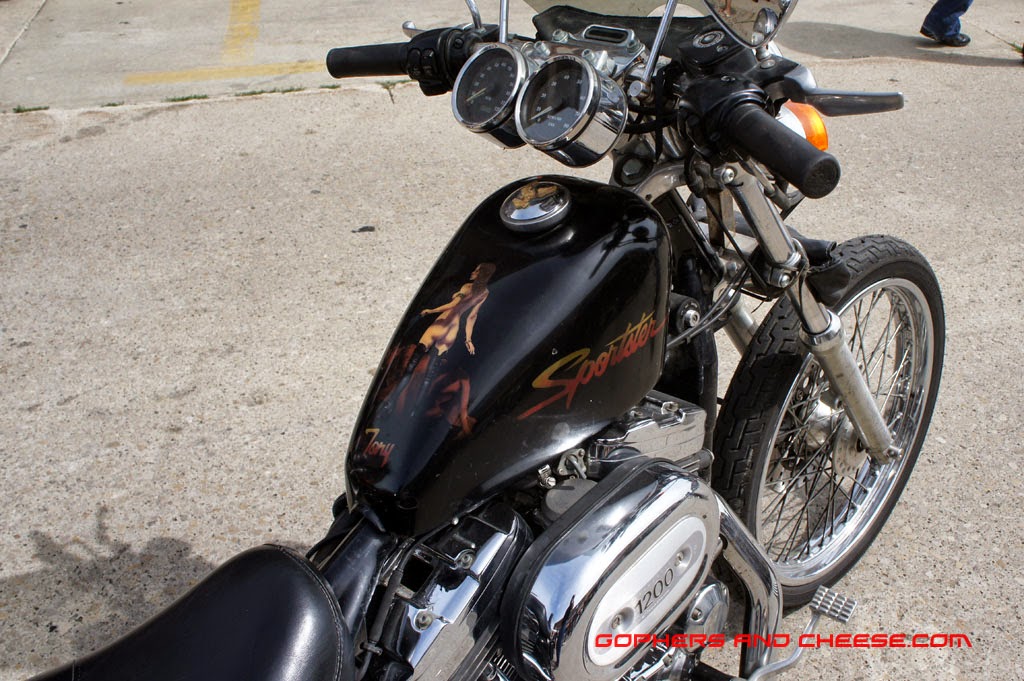 This ironhead won Best in Show.  As far as I can tell, it's missing a few parts so it's not even a running bike, but that doesn't keep it from being awesome. 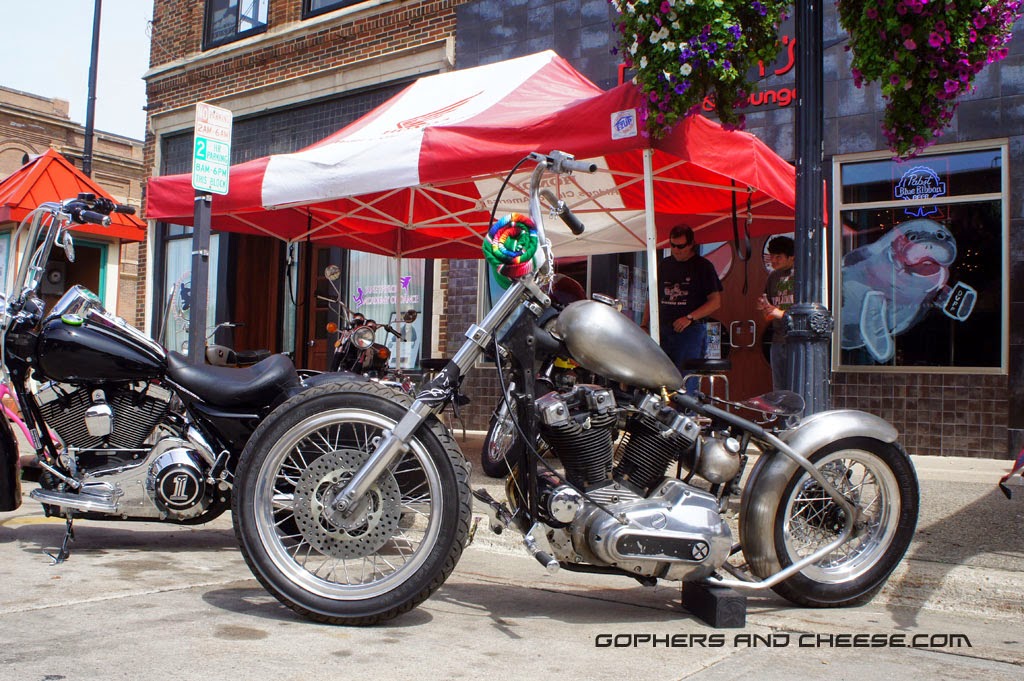 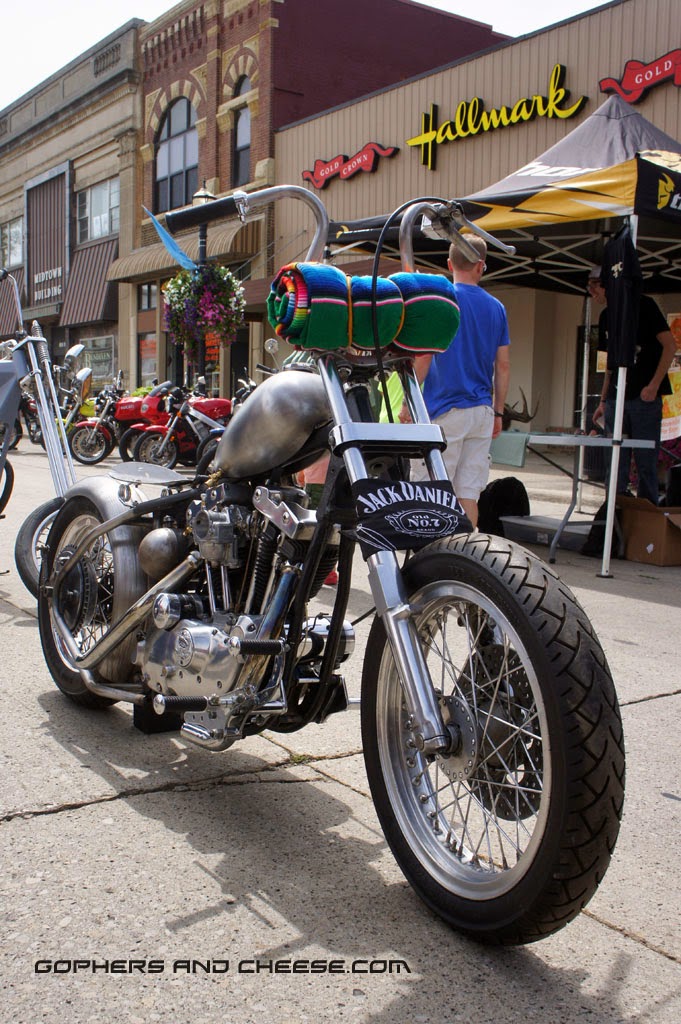 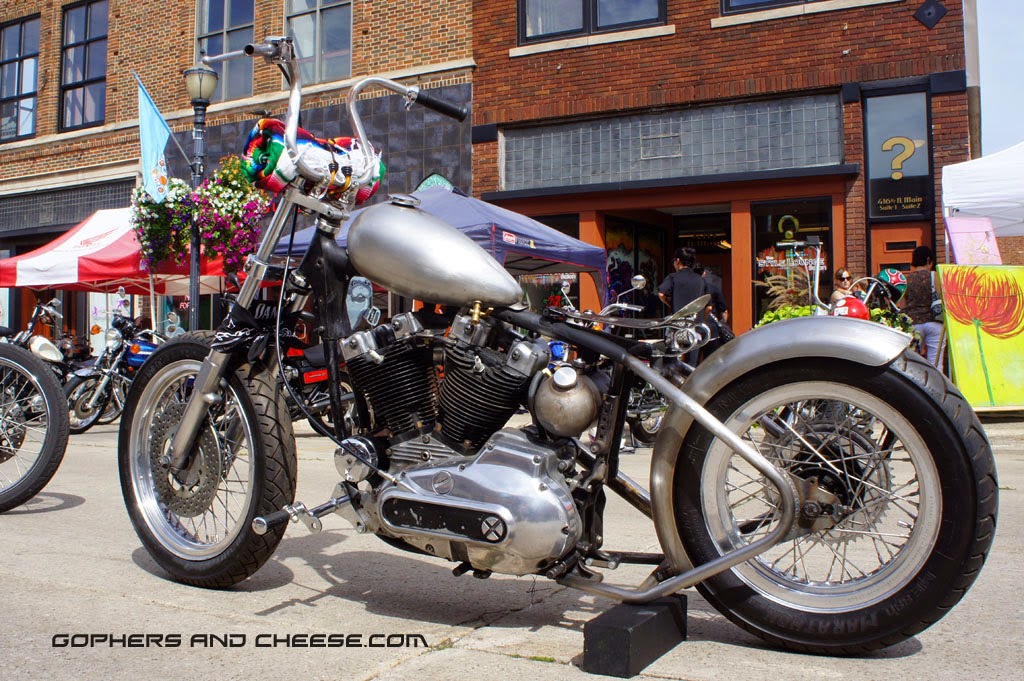 What you should be asking yourself at this point is, "was that a handpainted sign featuring a manatee drinking a can of Duff beer?"  Yes, yes it was.  I regret not going in that bar.

On the way home, I decided to do something I've wanted to do for years - see Eve of Destruction at Elko Speedway.  I kept the kids out late for a night of racing.  They loved it but both were really tired by the time we got home. 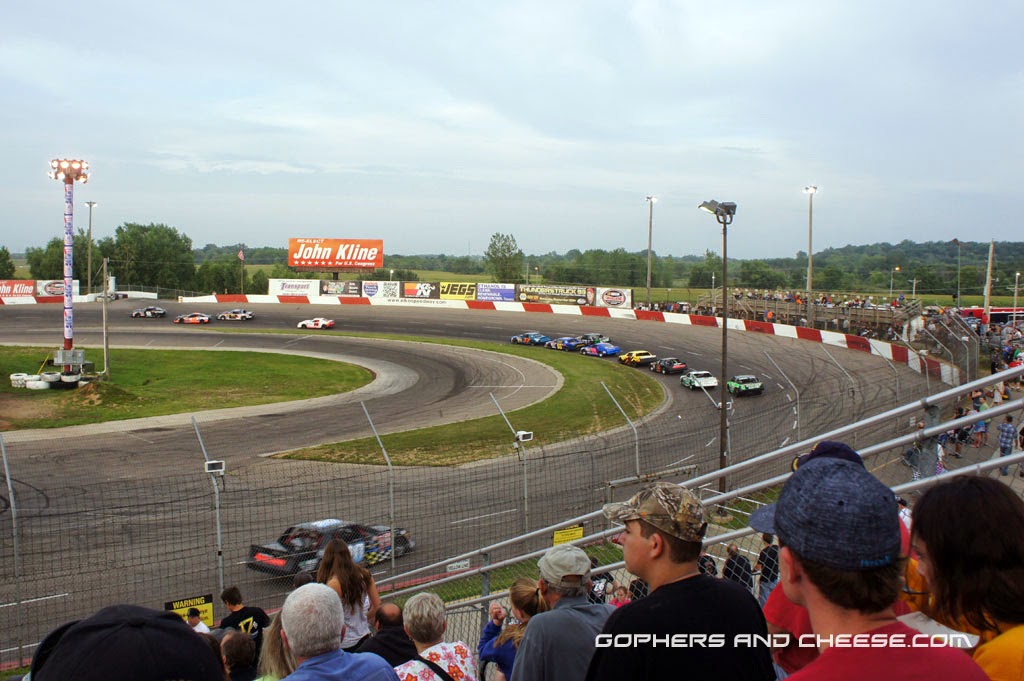 At one point, three guys on motorcycles put on a stunt show.  This guy did a big burnout.  I'm sure they advertise the tire as producing red smoke, but it looked pink from where I sat. 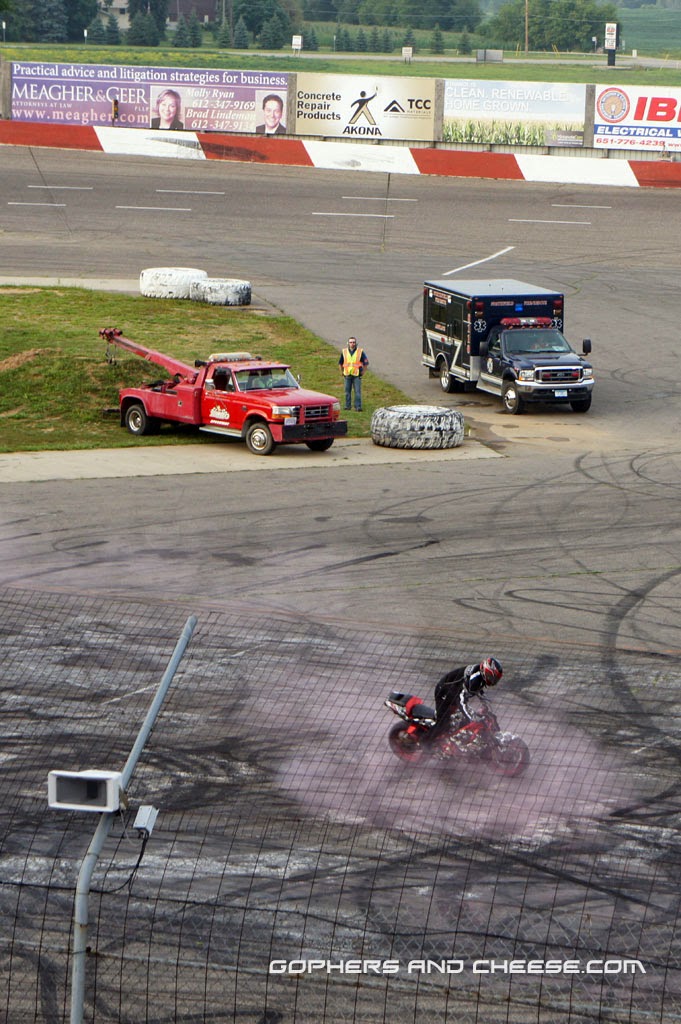 Highlights included Flag Pole races, figure-8 school bus racing, and a big (deliberate) bus crash at the end of the night.  Note the school bus stood up on its end.  It was the target of the final crash. 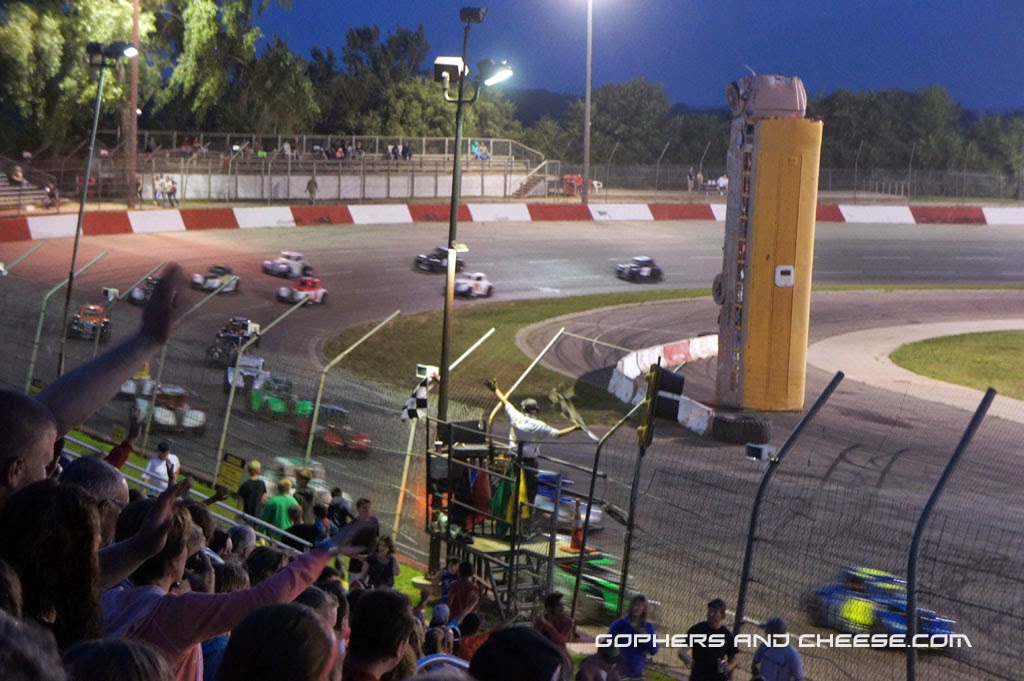 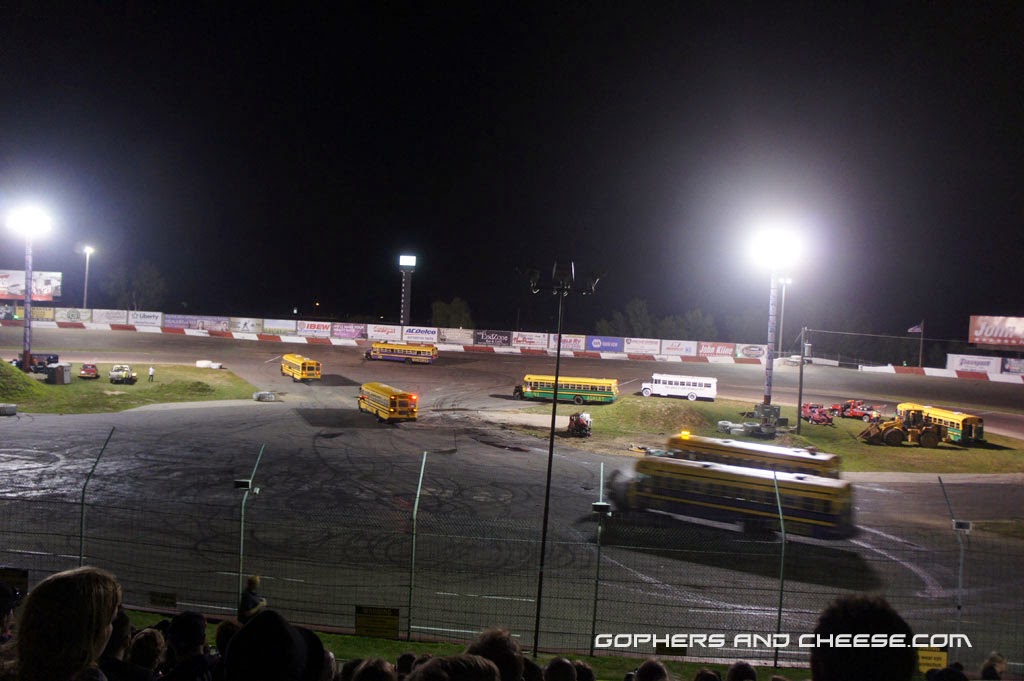 Here's a short video that I took of the grand finale. Enjoy!