Back in March, I attended the Build Art Bike Show (click here for pics) hosted by Andy from Hold Fast Motors.  Andy organized a second show this year called the Spare Arts Motorcycle Show.  It was held August 23rd in Austin, MN.  Instead of riding to the show, I decided to drive and take my kids with me.  It was just as well as we hit rain most of the way down to Austin.  After taking the kids through the Spam Museum, the rain stopped so we headed to downtown Austin and found the show. 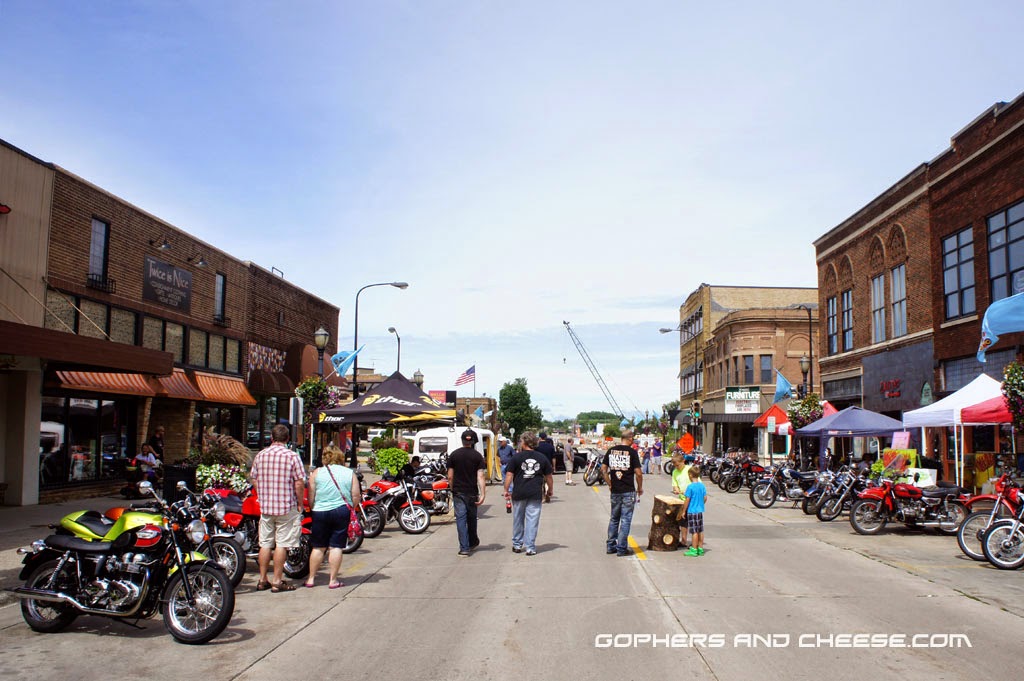 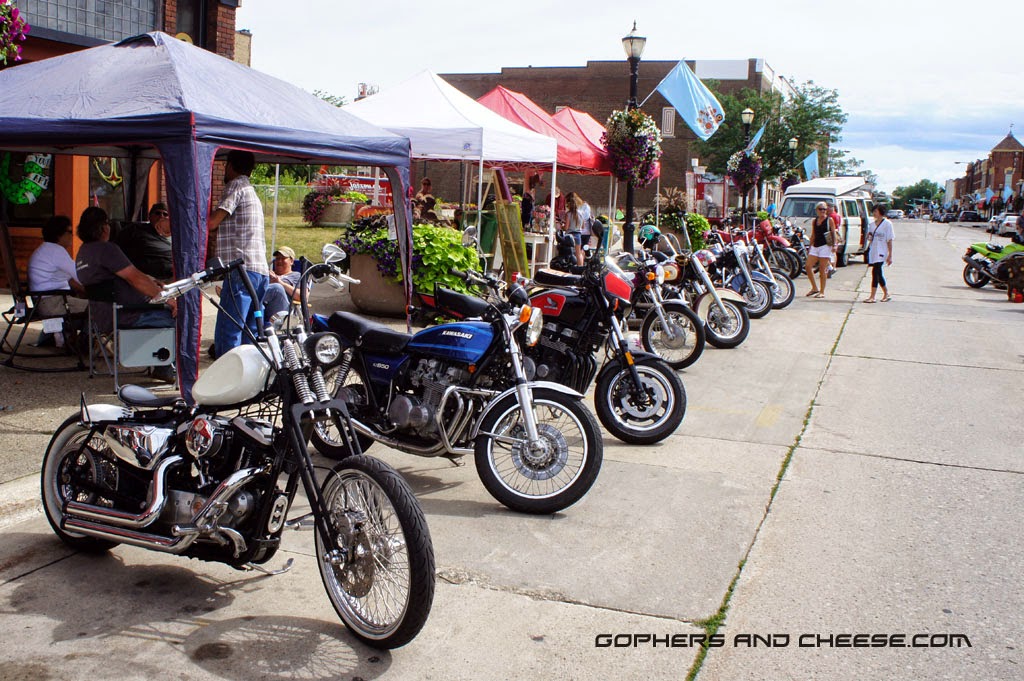 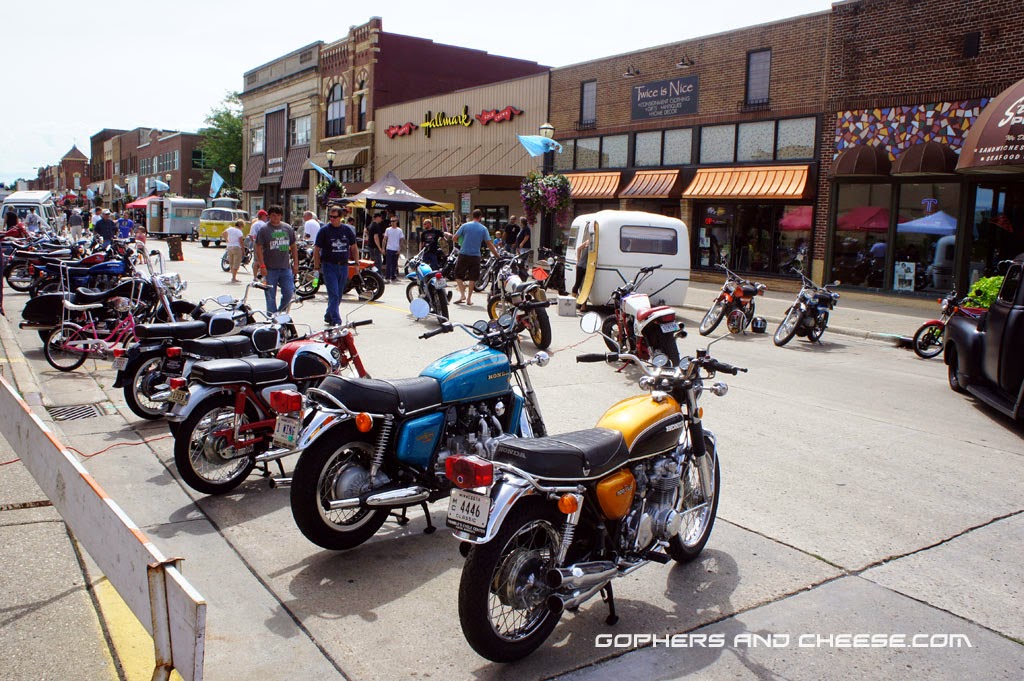 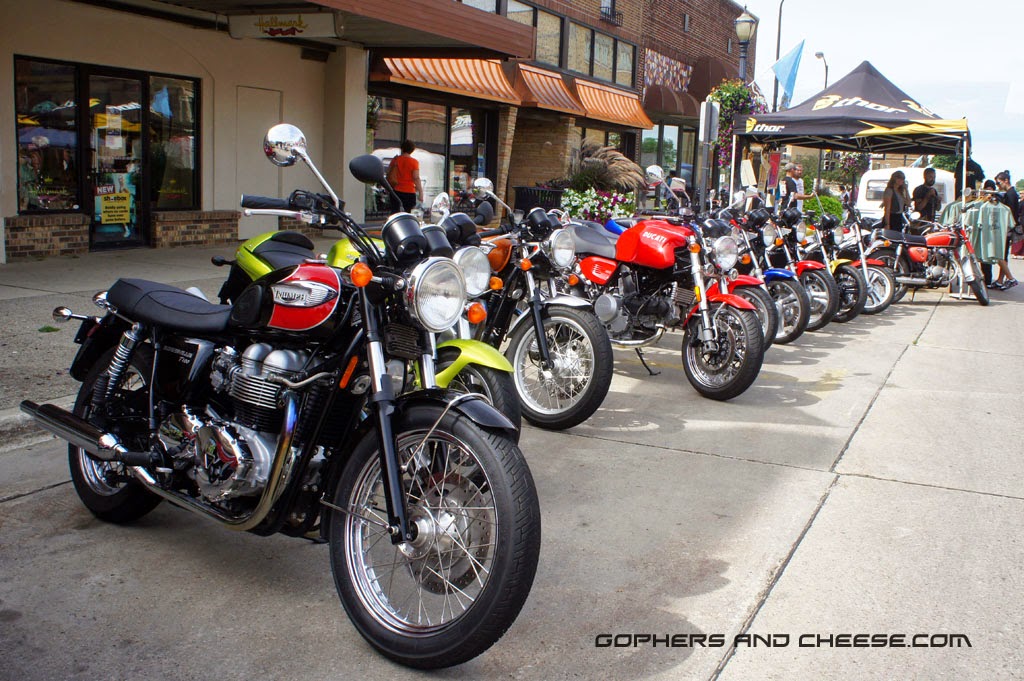 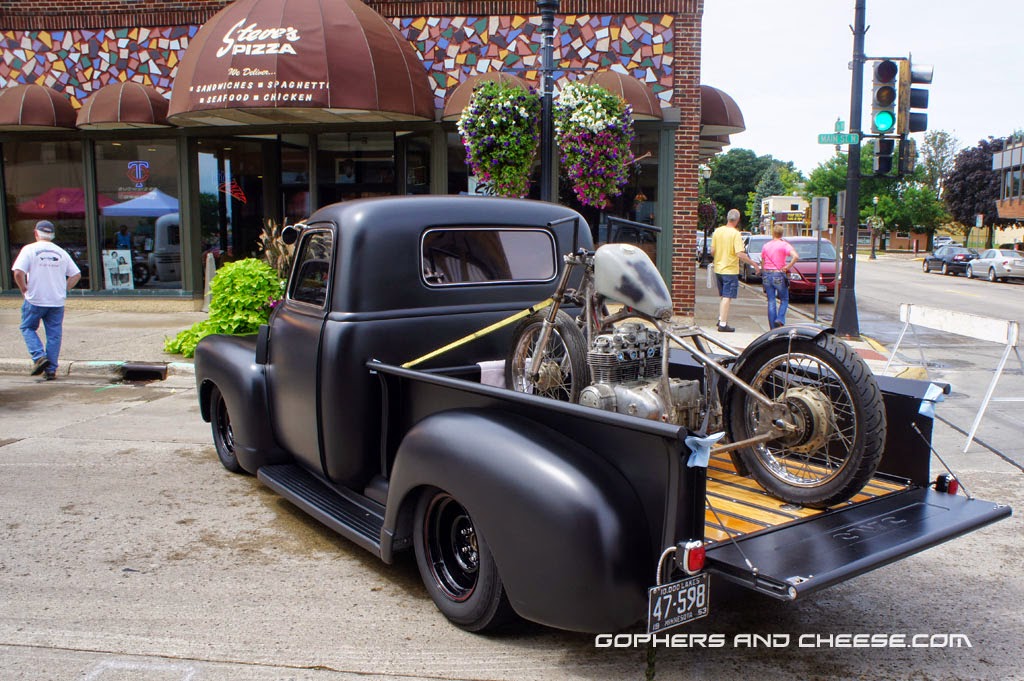 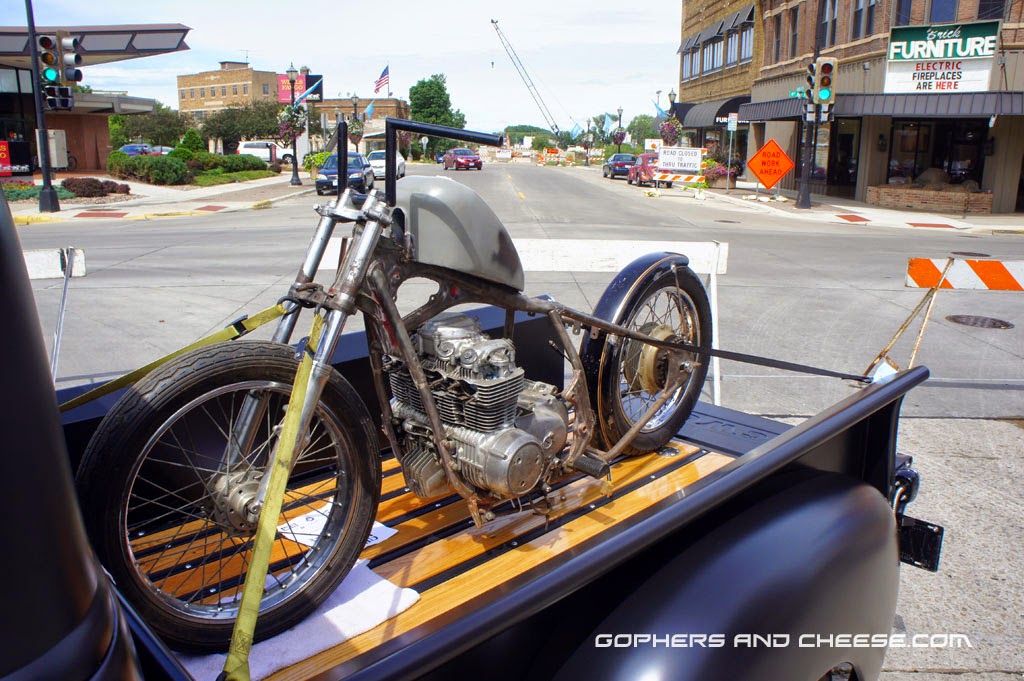 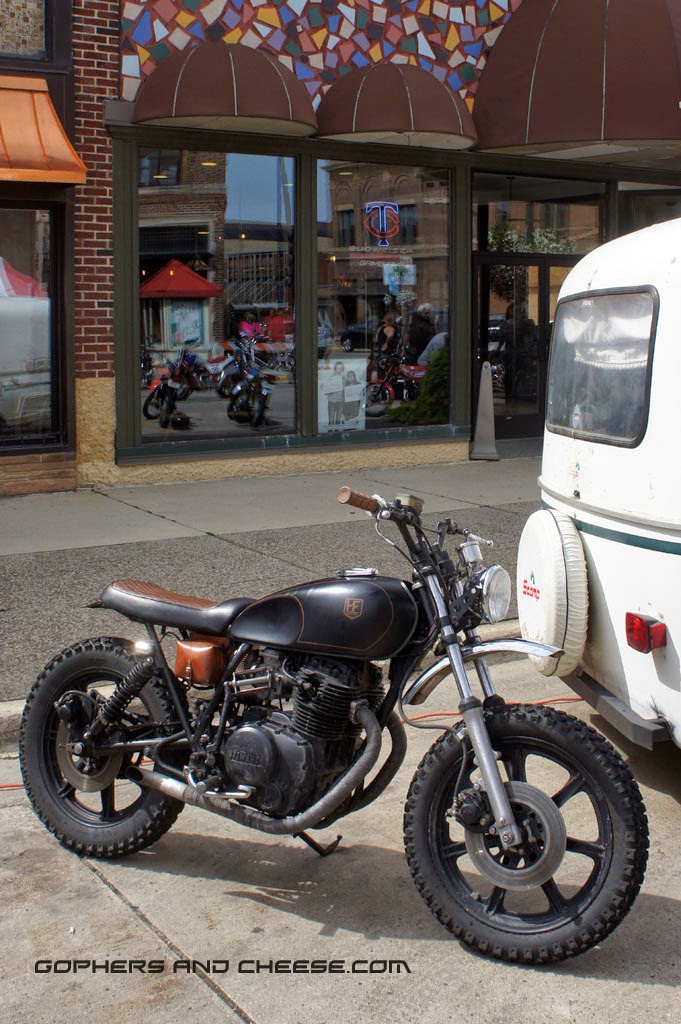 I believe the trailer next to it was his too: 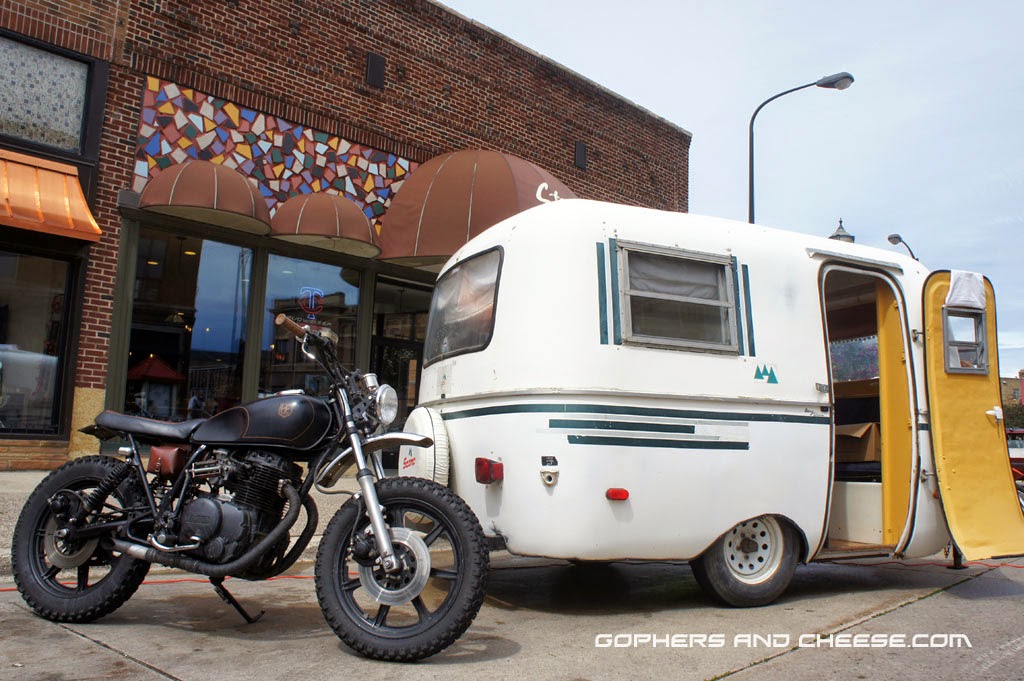 Jason's Dyna and a pair of Sportsters: 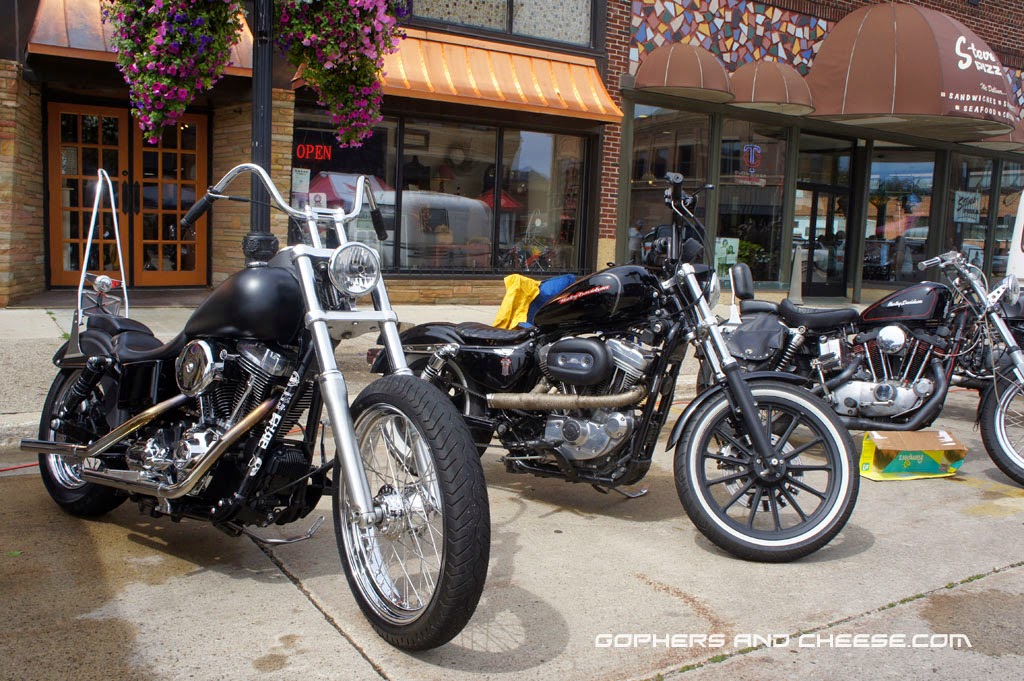 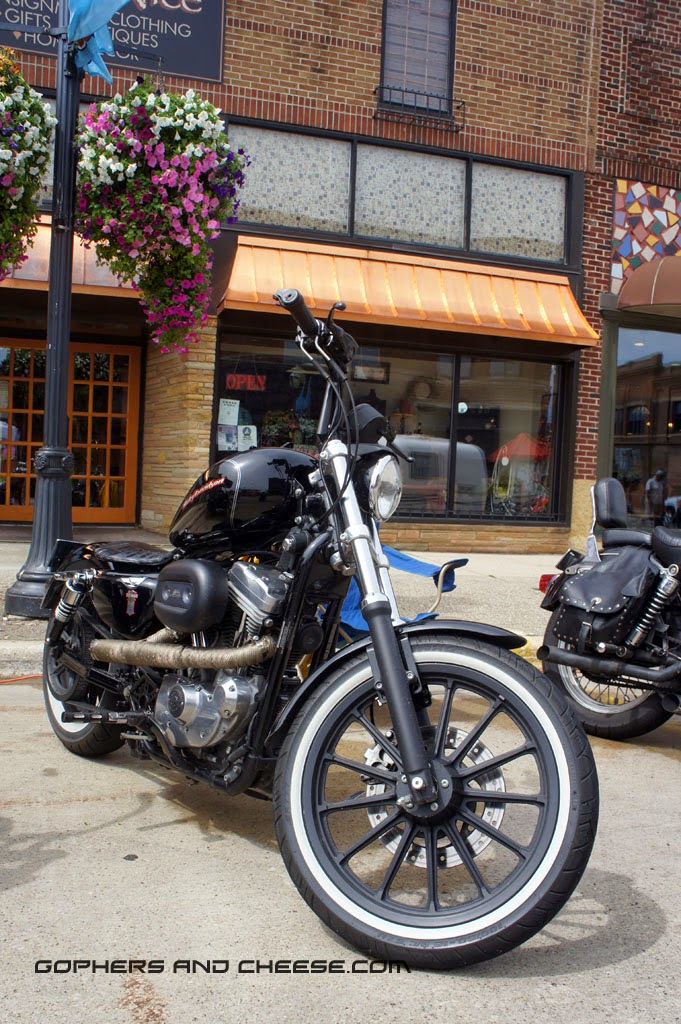 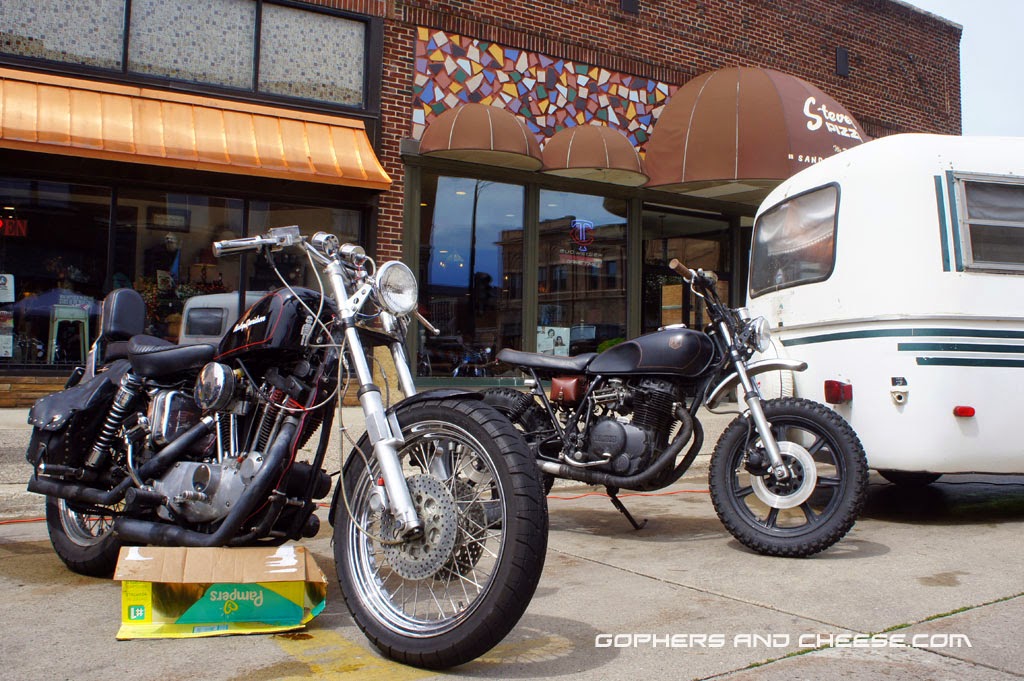 There were a few other neat vehicles at the show too including this VW camper... 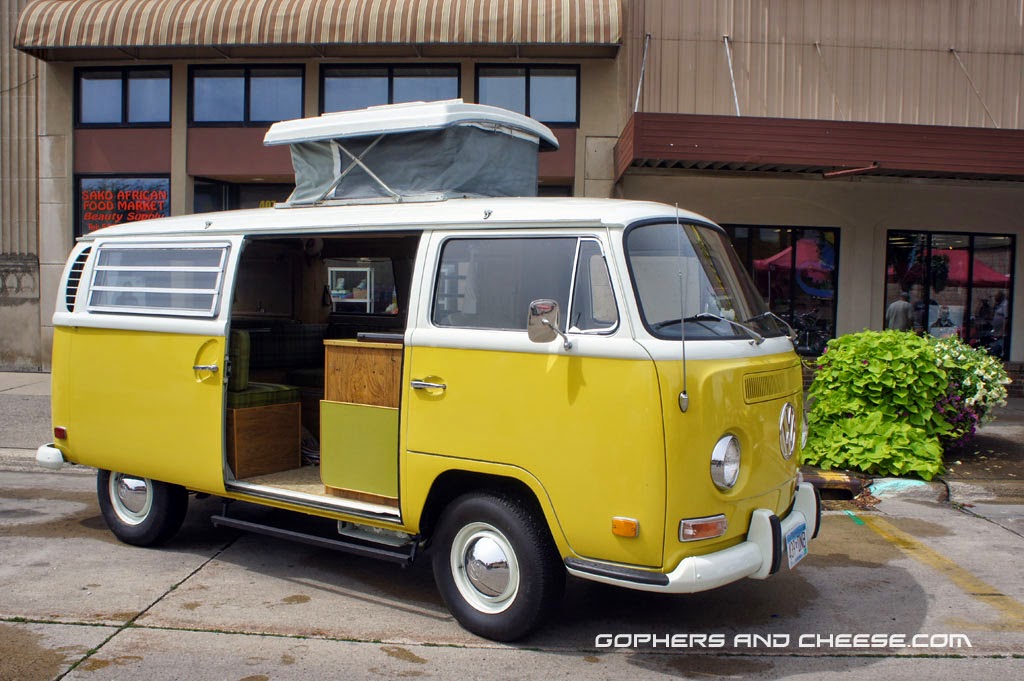 ..and this Harley-themed bicycle.  You can learn more about the bicycle here. 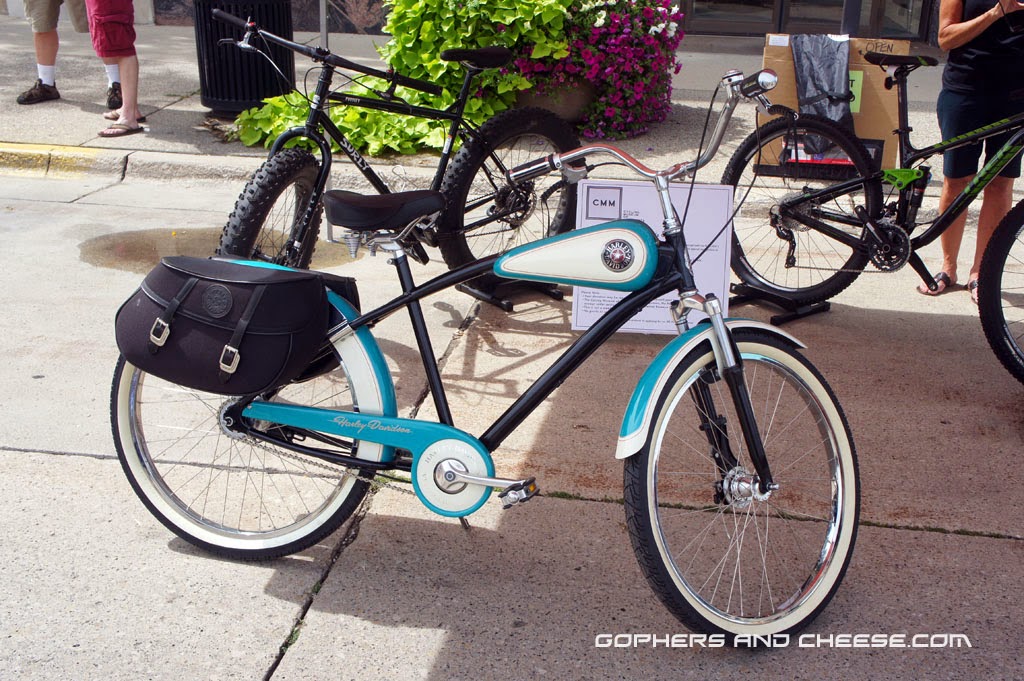 More motorcycles up next!