Look what showed up at First Thursday at Dulono's Pizza this month... the new Indian Scout.  I saw photos online when it launched but was happy to finally see it in person. 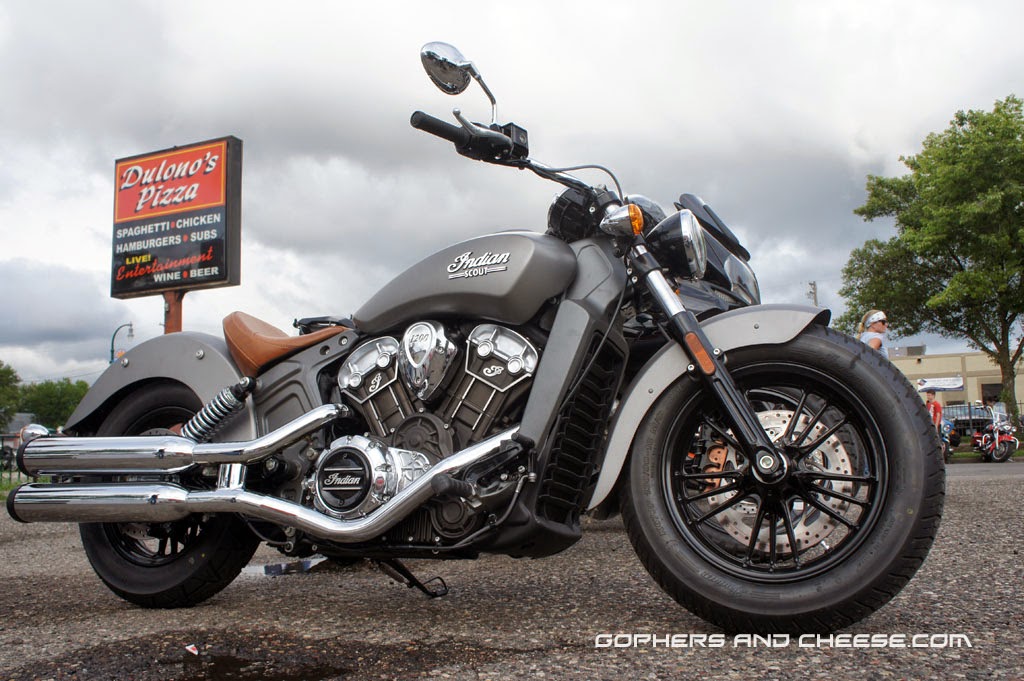 As a HUGE fan of Sportsters, I was eagerly anticipating a re-launch of the Scout as a similar model from a rival brand, but I'm disappointed.  Don't get me wrong, you get a lot of bike for the money in a new Scout (100hp, 6-speeds, etc.) but I am having a difficult time with the styling, especially that damn radiator.  I understand the desire to make a modern machine with modern parts and performance, but (I know this is an odd question) is that really what people want?  To me, this odd-looking, fin-less, liquid-cooled engine makes more sense in a sport bike.  It is especially disappointing after seeing the beautiful air-cooled Thunder Stroke 111 motor used in all the other new Indian models. I think the motor in the Harley Street looks better than this and I am not a fan of the Street. 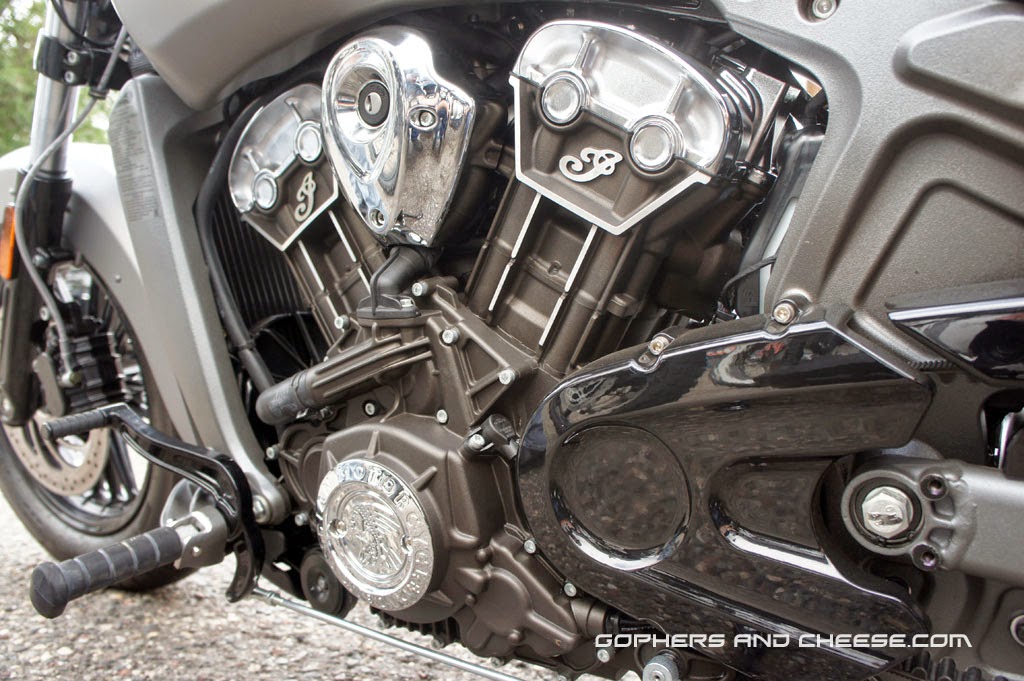 The view from the top looks like any old boring metric cruiser and the colors in the speedometer faceplate strangely don't match anything else on the bike. 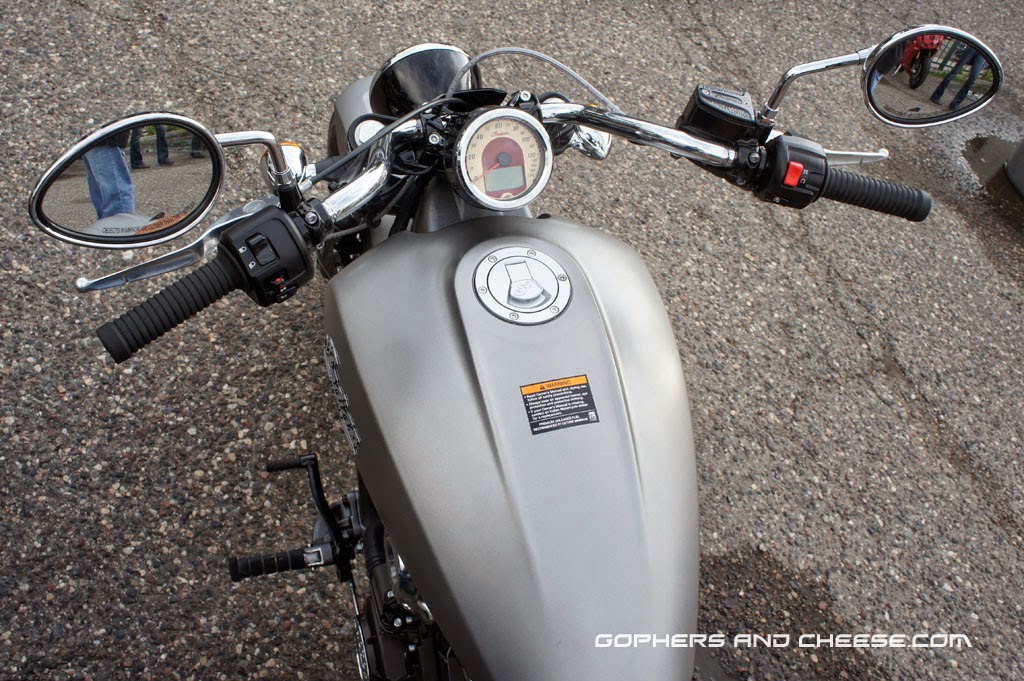 Overall, I find the bike too chunky-looking for my taste.  The angle of the rear shocks is particularly bizarre.  They said it was to be reminiscent of the lines of the frame of vintage Scouts.  To me, it's just weird and doesn't look like it would function properly. 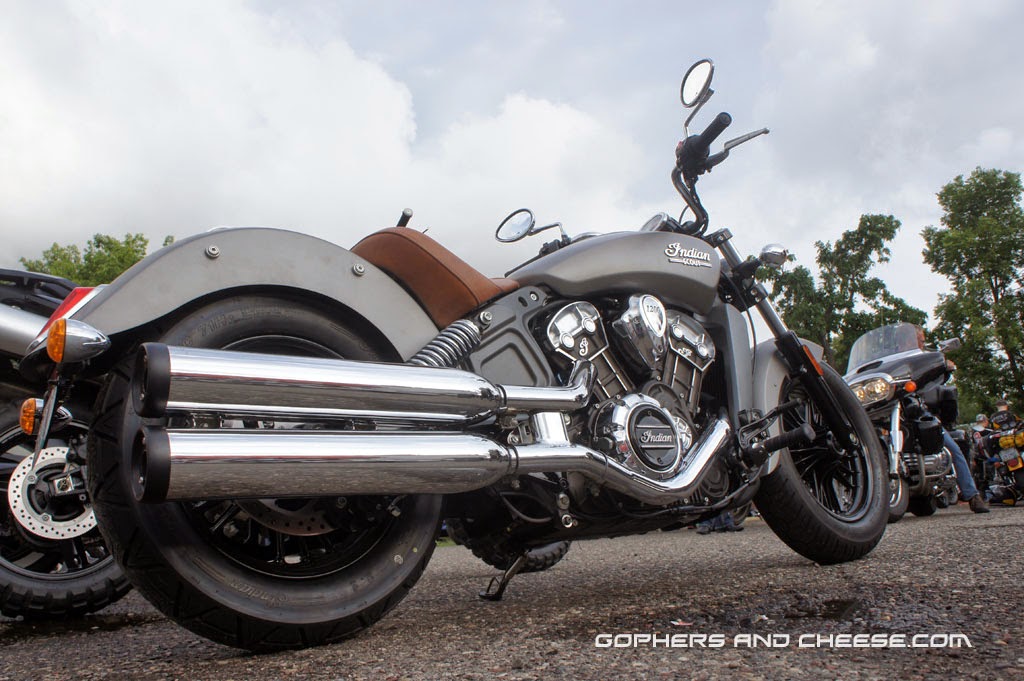 It's difficult to see in the photo, but I thought the Indian logo in the taillight was a nice detail. 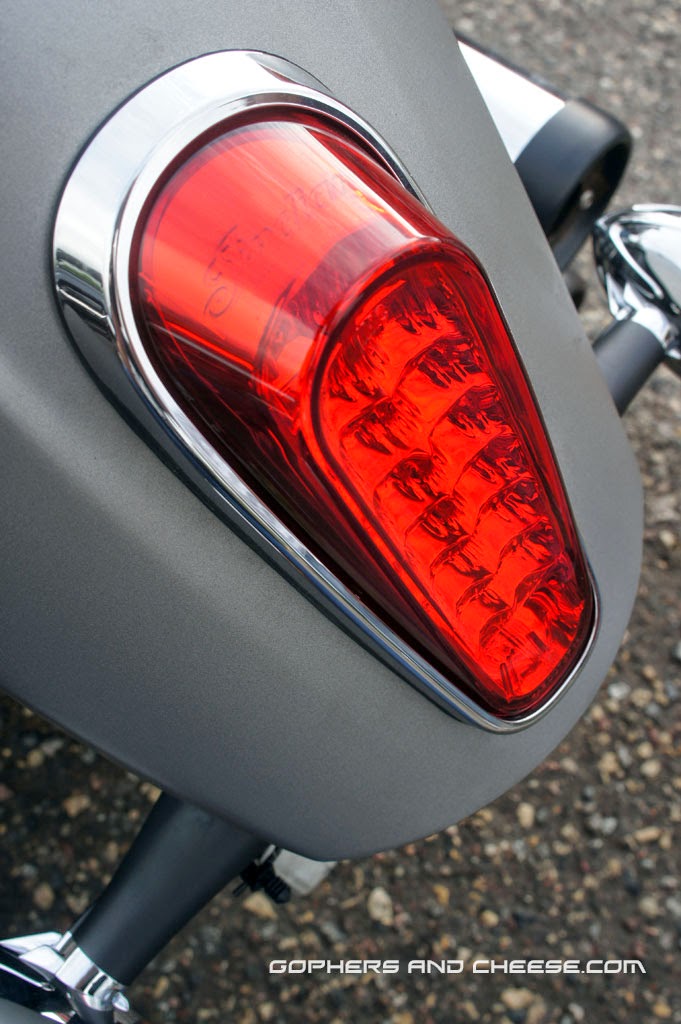 I believe most people ride Harleys because they love Harleys.  I've watched enough American Pickers to know many people feel the same about Indians.

Love is an irrational thing.

I don't think people choose Harley for modern performance and innovation.  Maybe they did in the past, but those days are long gone (with the possible exception of Project Livewire).  I see Harley and Indian as brands with amazing histories whose newer bikes strive for classic, timeless style mixed with modern reliability.  When you abandon the focus on style and pursue performance, there's simply no way to catch up to what the Ducatis, Yamahas, Suzukis, and Hondas of the world are doing (among others).  It's not to say that I wouldn't like some better shocks or brakes on my Sporty, but leave the motor alone.  It's the heart and soul of the bike and, when you really think about it, that's what you fall in love with.

More photos (and fewer ramblings) from First Thursday are up next.