The route for the Ride for Larry Pierce was not shared beforehand.  I knew it would involve a lot of backroads around Monitcello, MN, which I was excited about because I have never ridden in that area before.  After we left Jordan's shop in Monticello, we headed to Hayes Public House where I had a delicious Coffee Porter in a fancy glass. 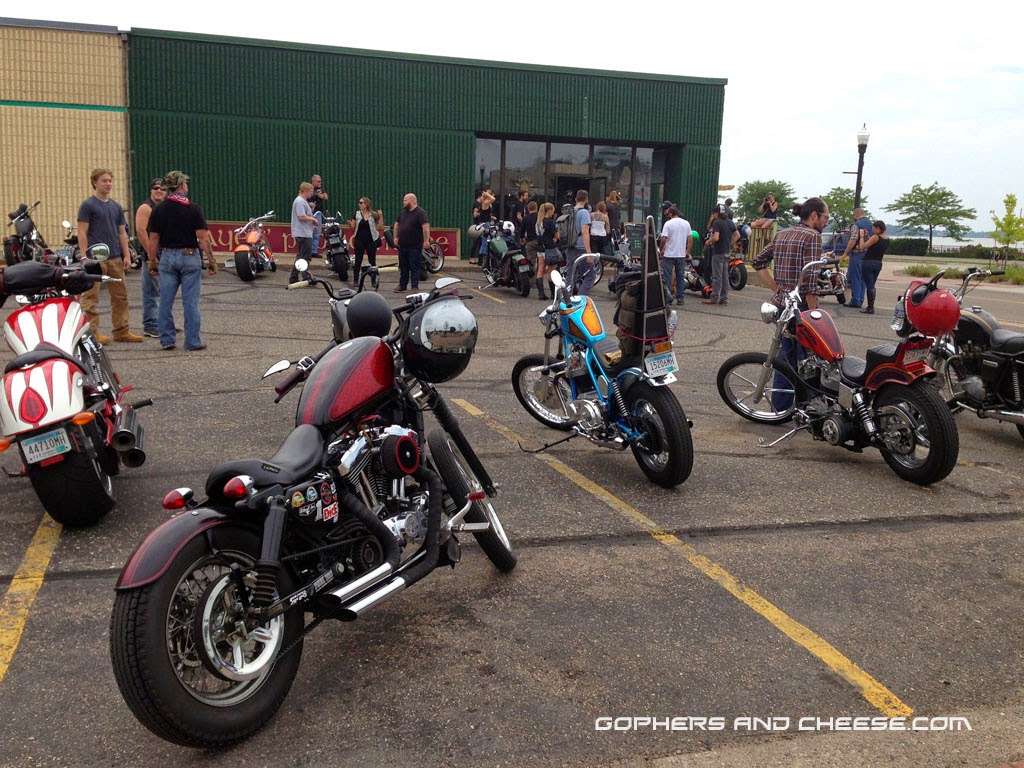 From there, we stopped at Hollywood Roadhouse for lunch.  I had something called the German Cuban, which consisted of pulled pork, bacon, sauerkraut, cheese, mustard, and pickles on grilled sourdough.  It was really good. 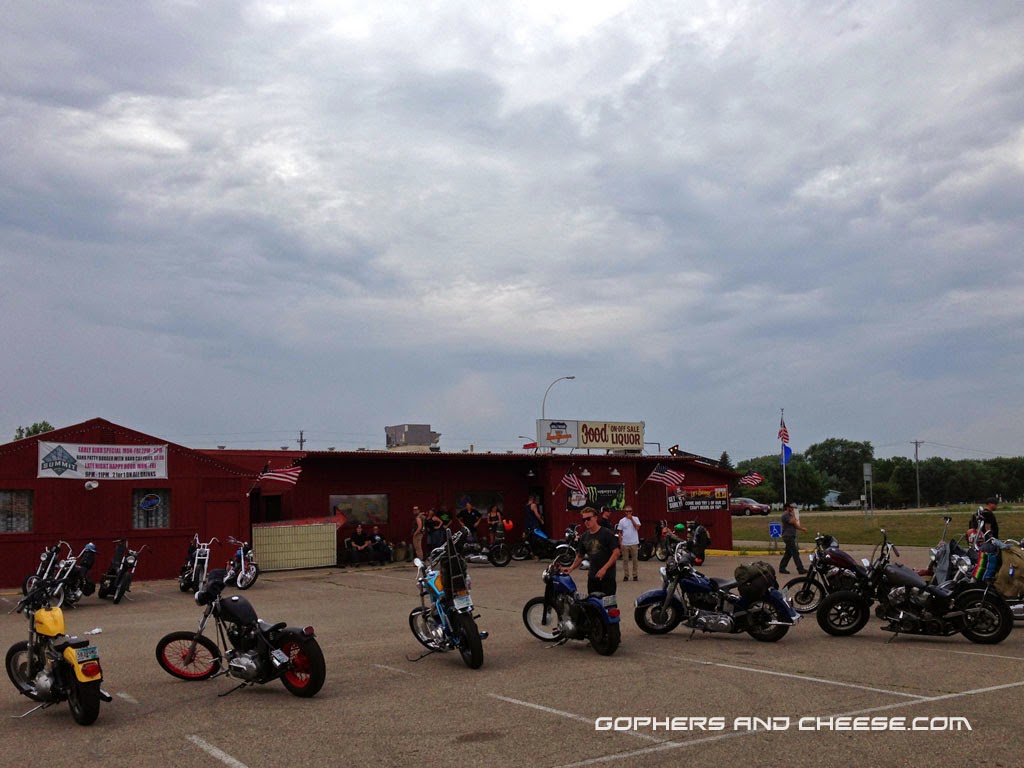 Kickstands are for sissies and add unnecessary weight: 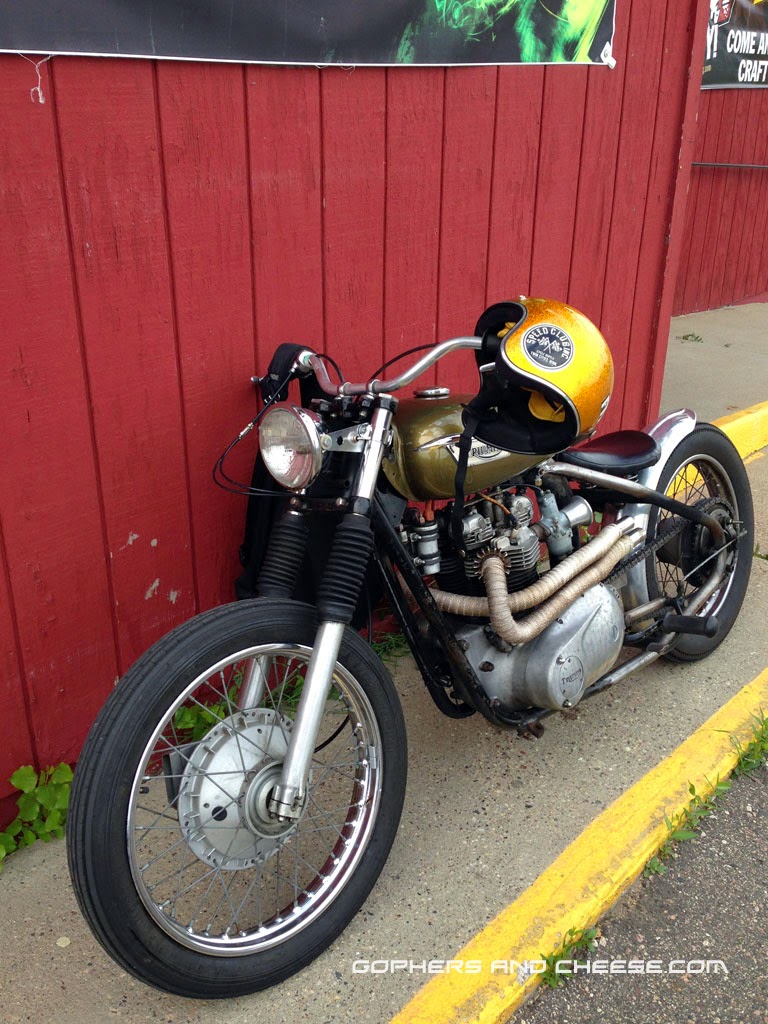 The next stop was a place called Olde Town Creamery, so I assumed we were stopping for ice cream.  It turns out that it's an amazing antique store with all sorts of cool stuff inside. 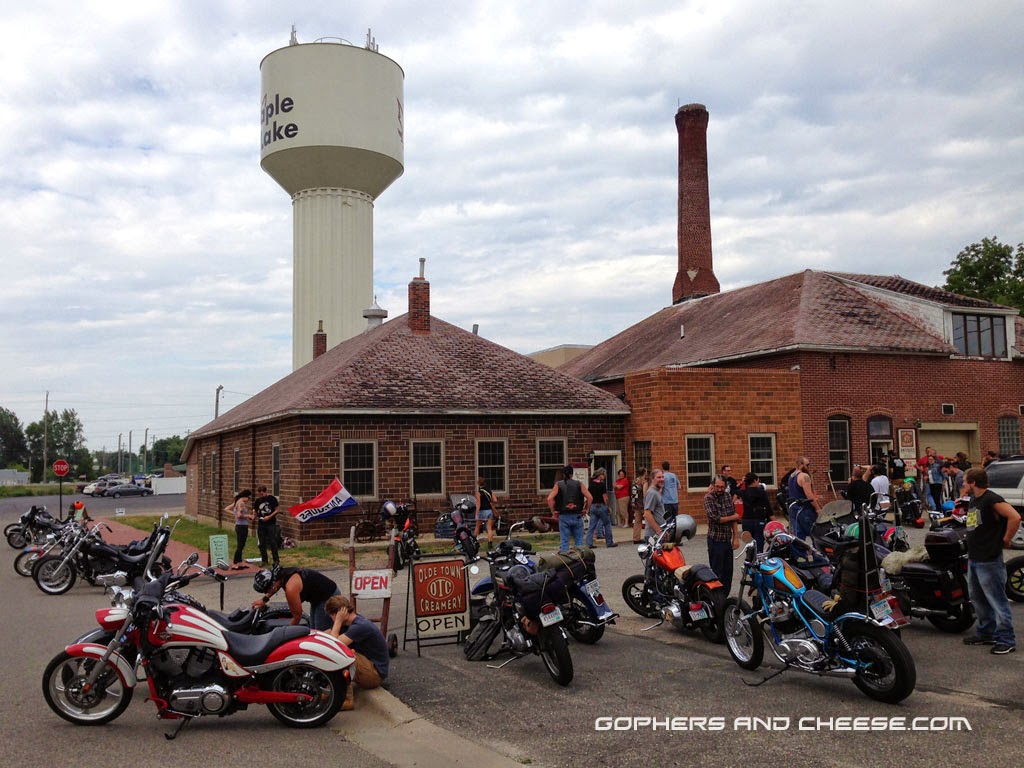 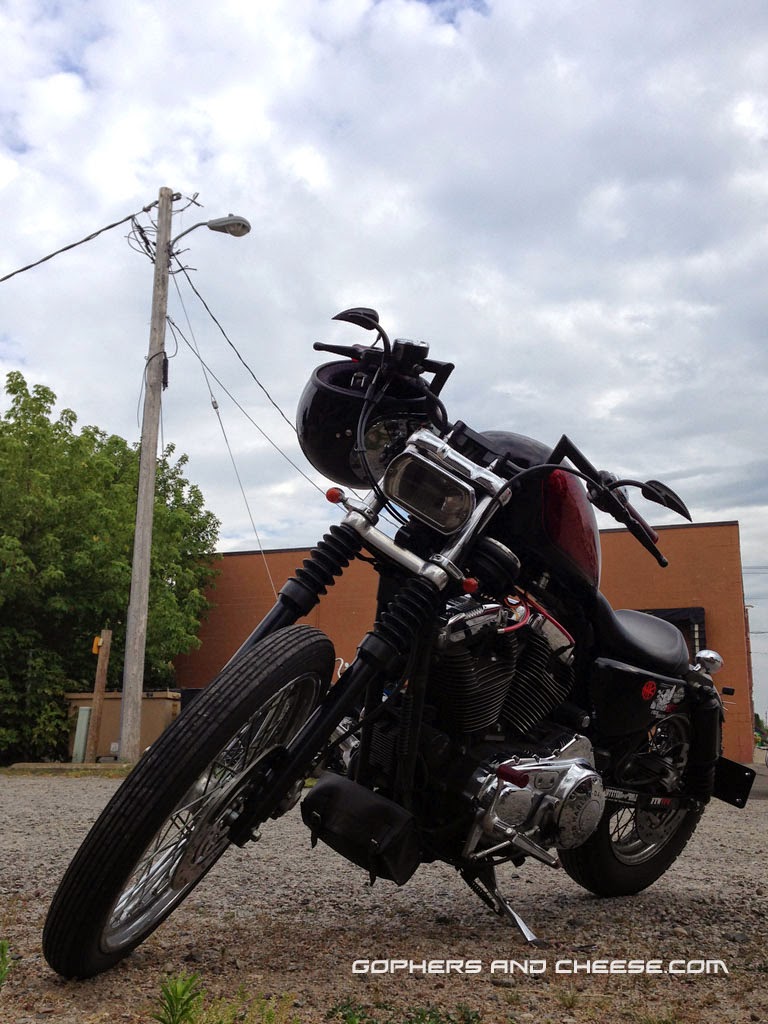 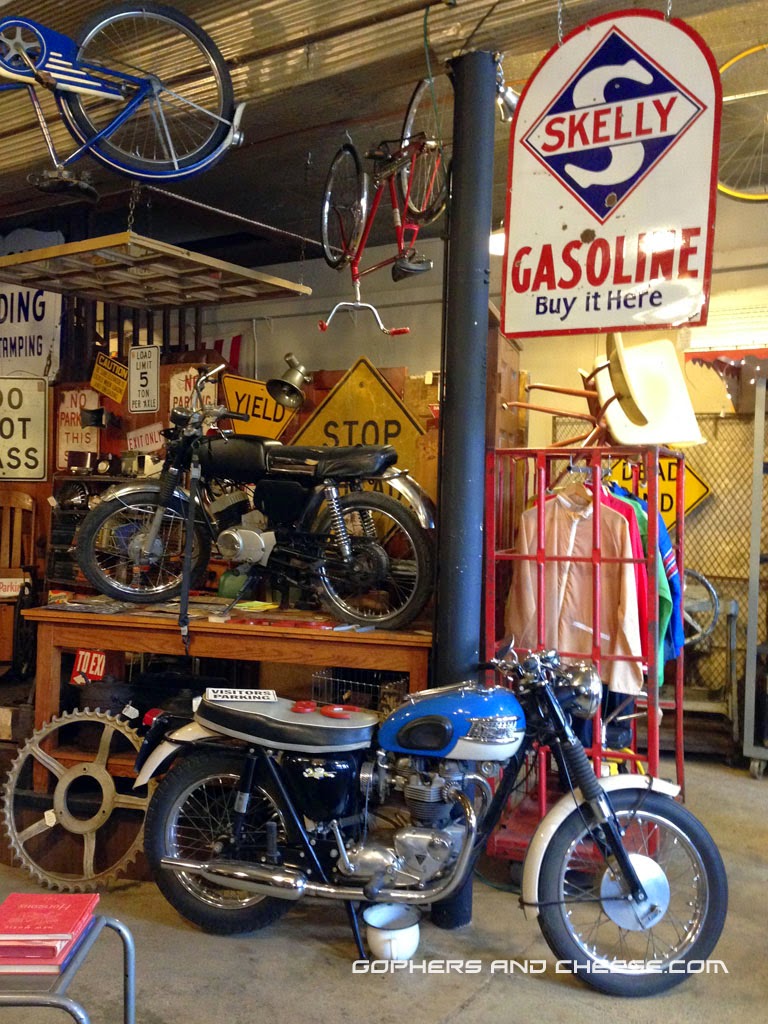 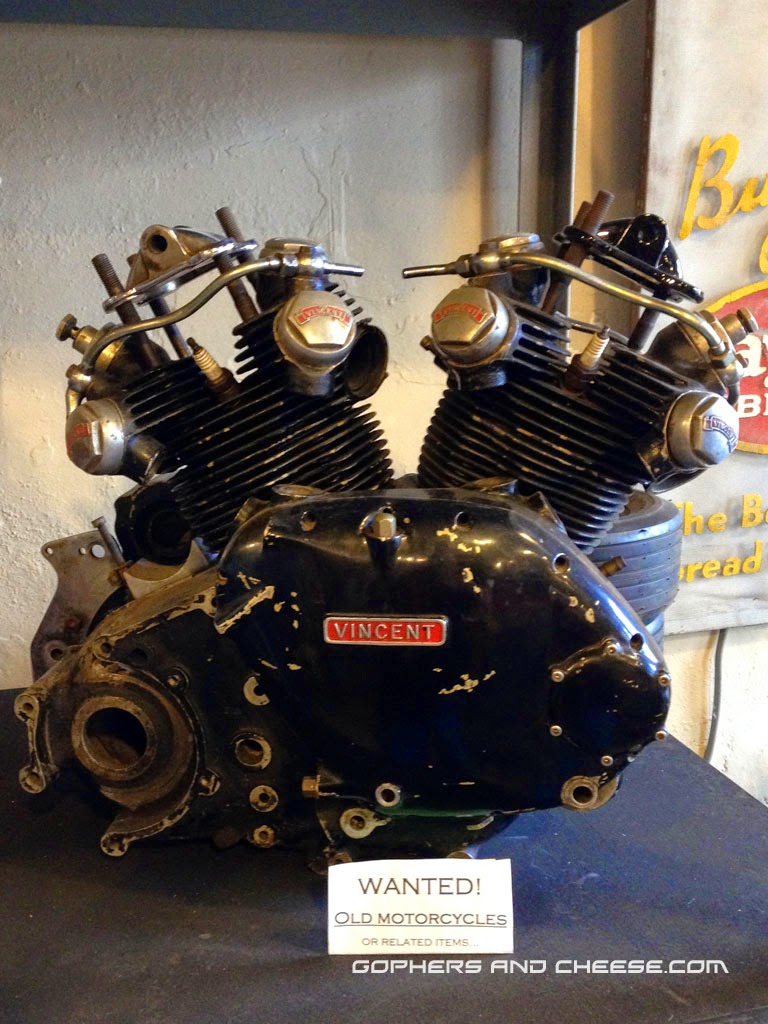 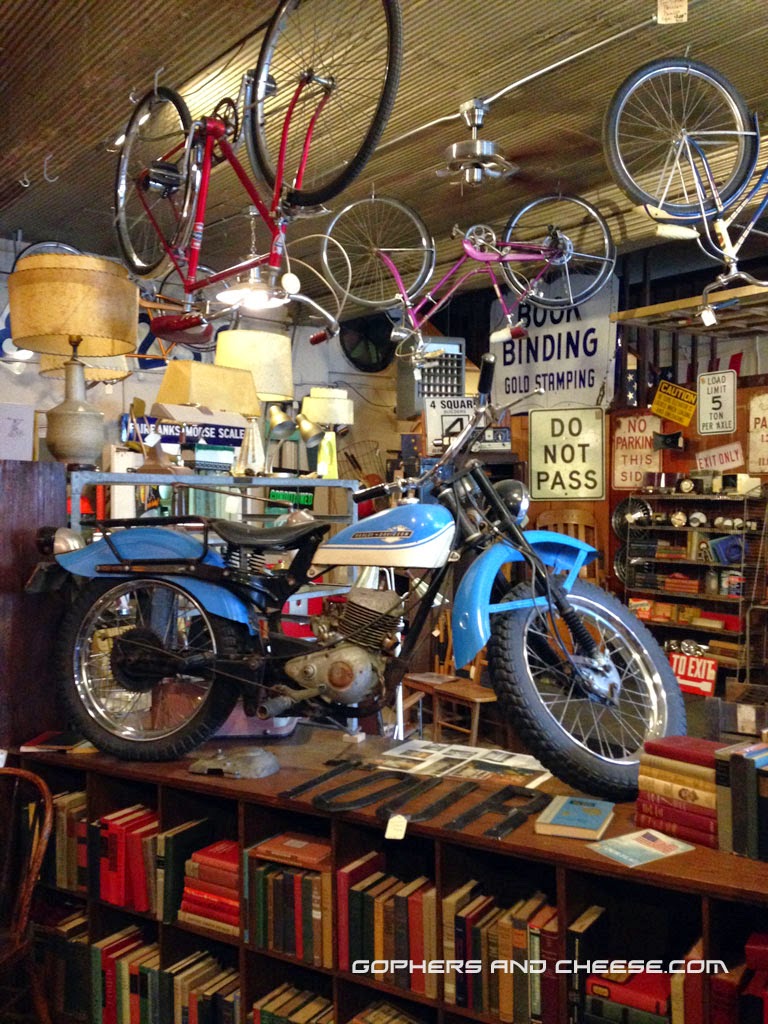 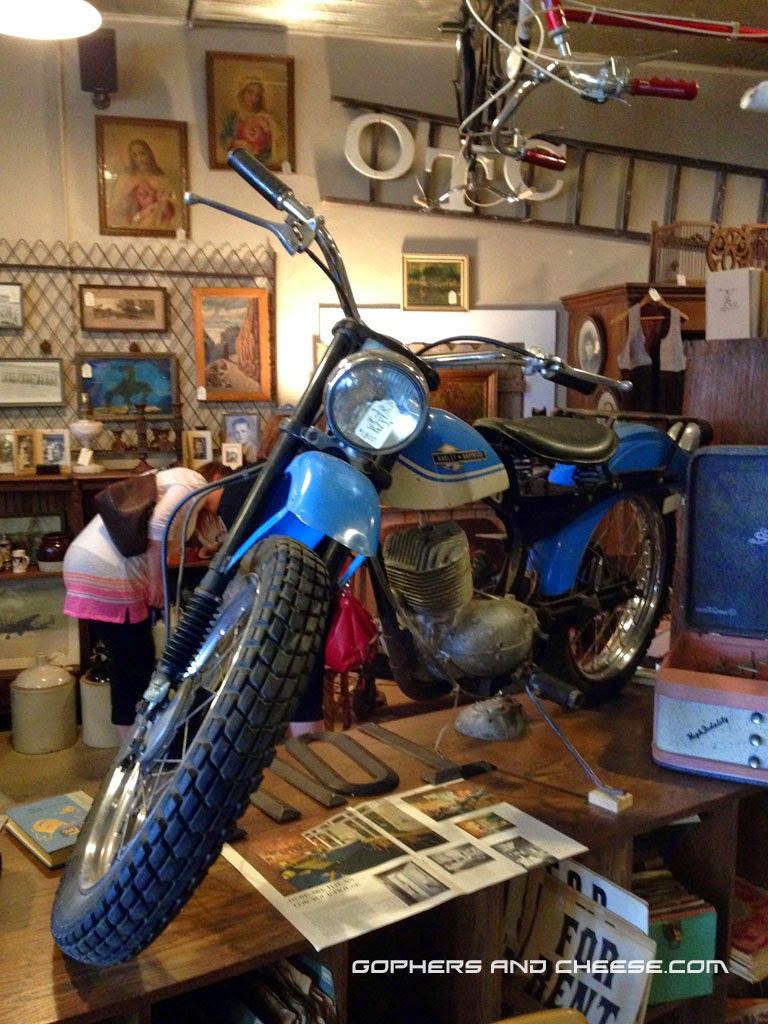 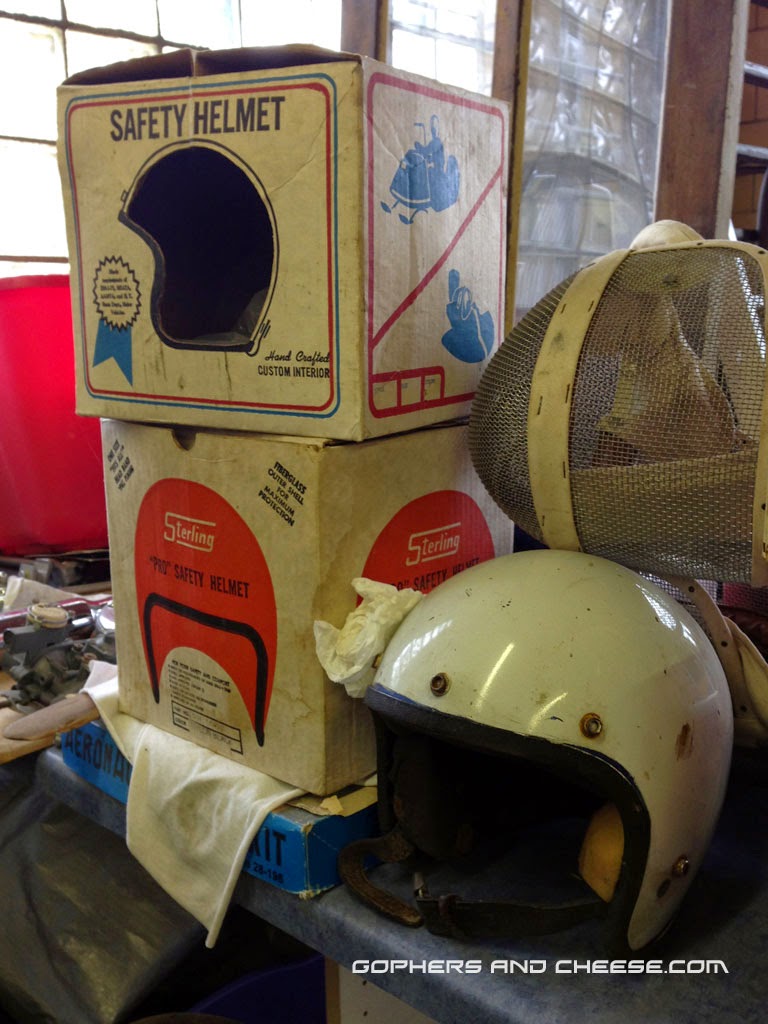 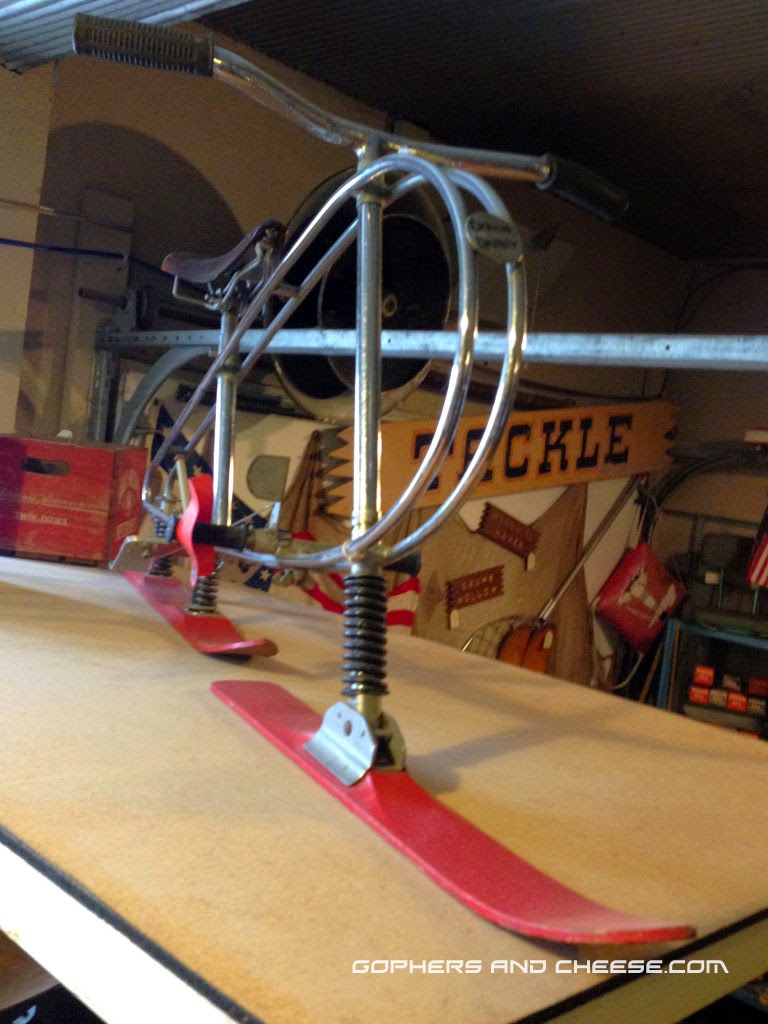 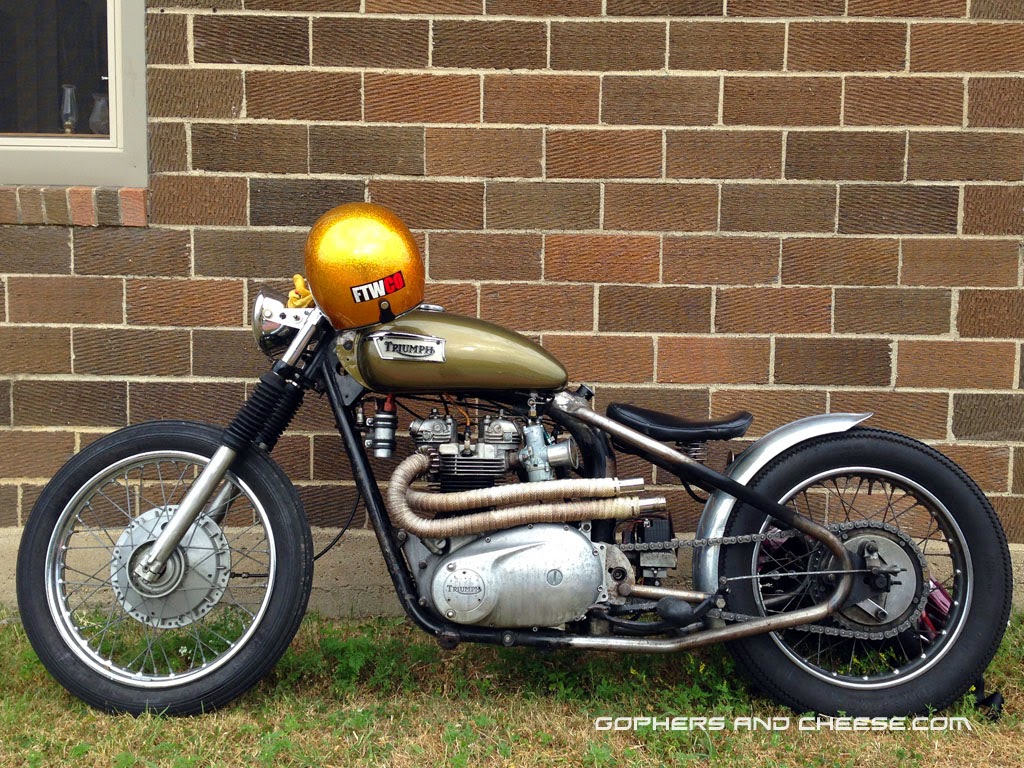 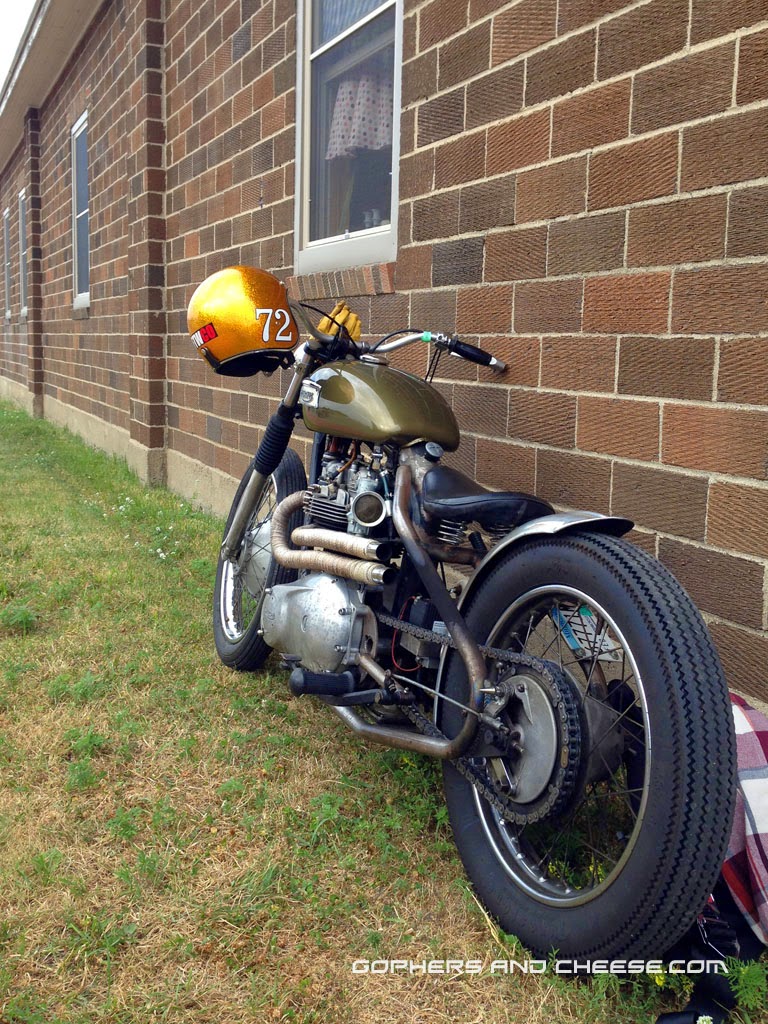 Charlie took a nap outside and is one of the most sound sleepers I have ever seen. He didn't flinch as all these rocks were placed on him and only woke up when kicked awake. 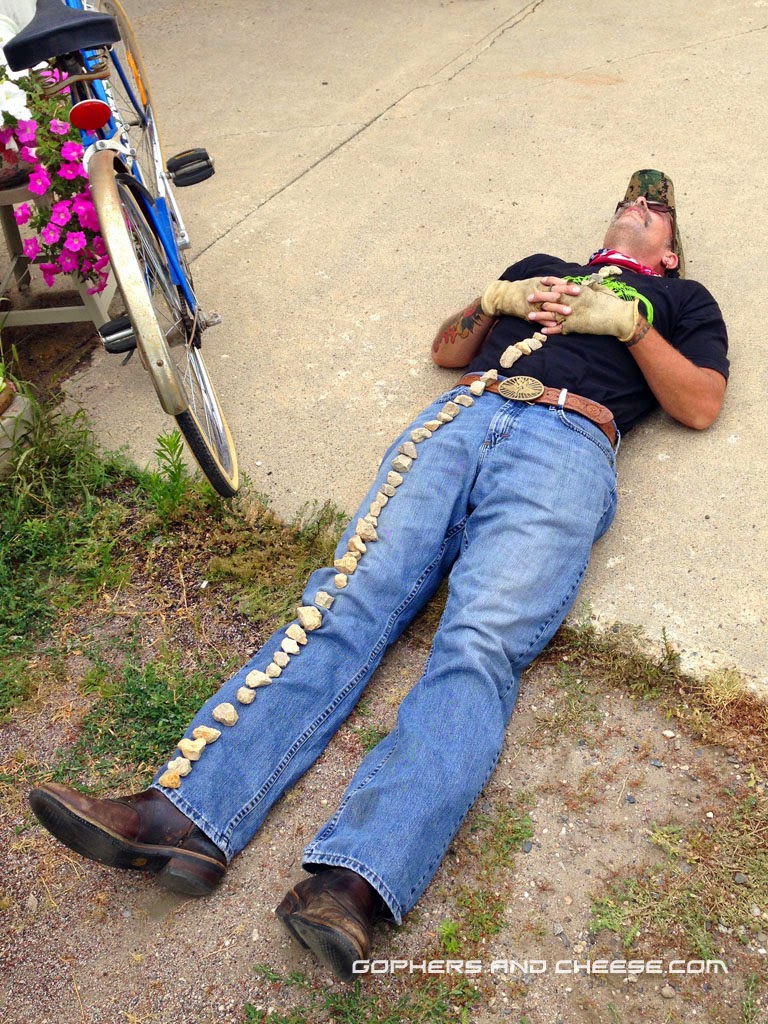 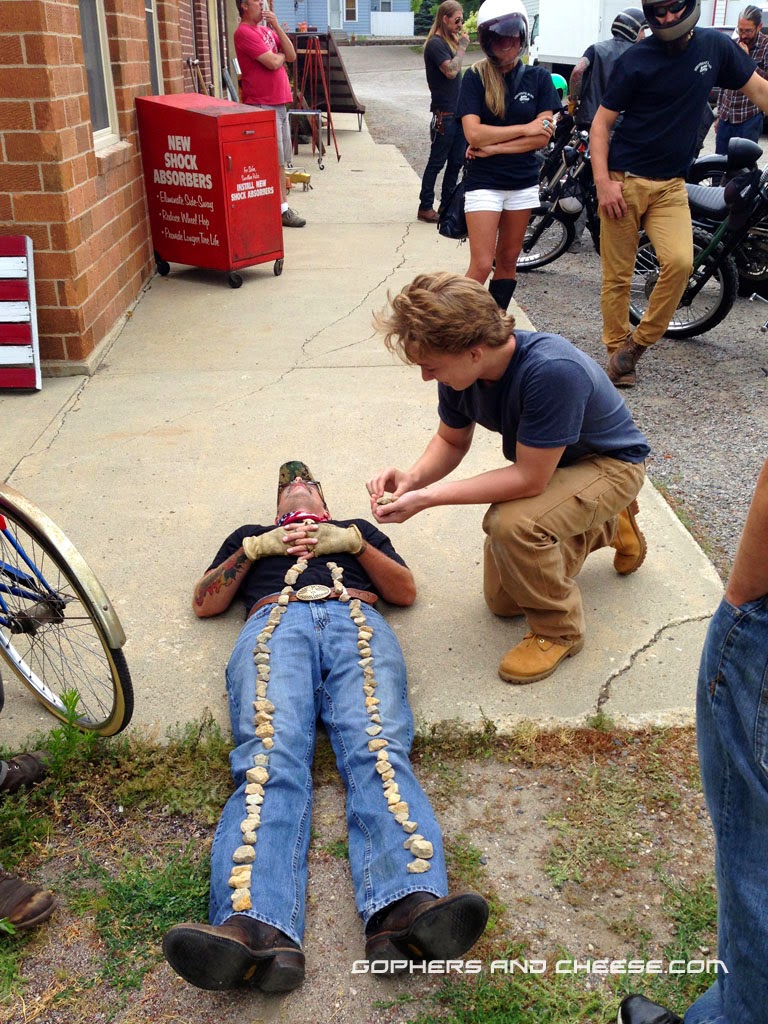 After one last gas stop for those with small tanks, we headed to Jesse's farm. 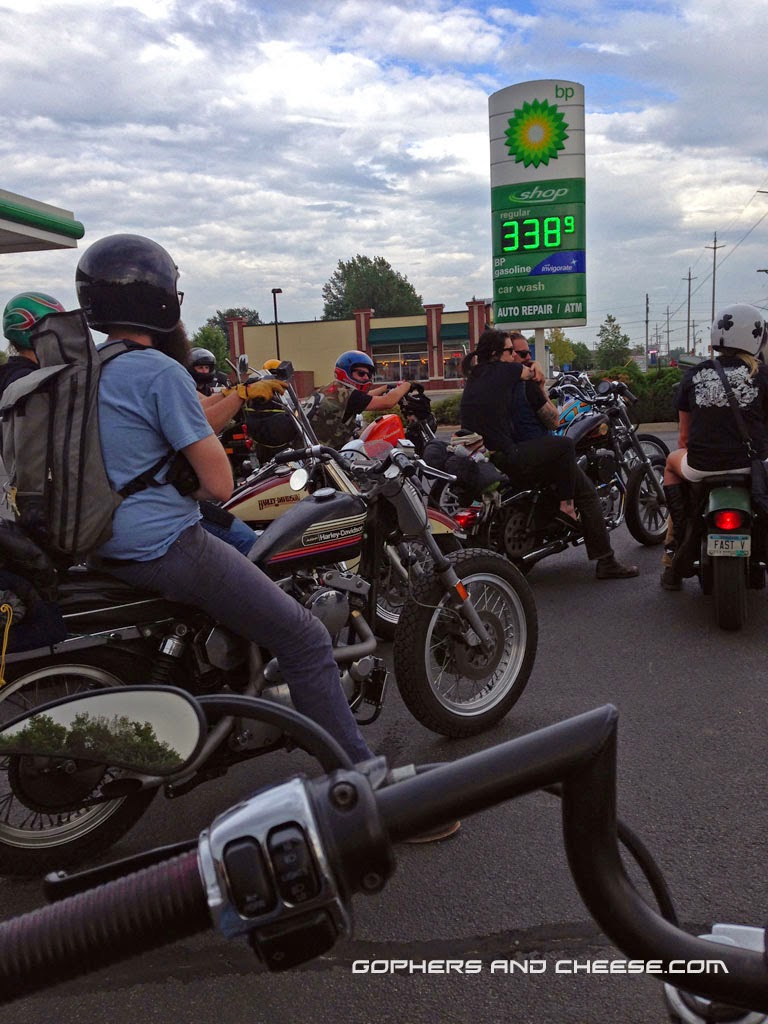 Here is an approximate map of the route.  Google is showing the fastest way between each stop but I have no idea which roads we were actually on.


Photos from Jesse's farm are next!