I rode my Sportster to Moto Mania and oddly didn't take a bunch of photos of it.  I took a lot of photos of other people's bikes but not mine.  Weird. 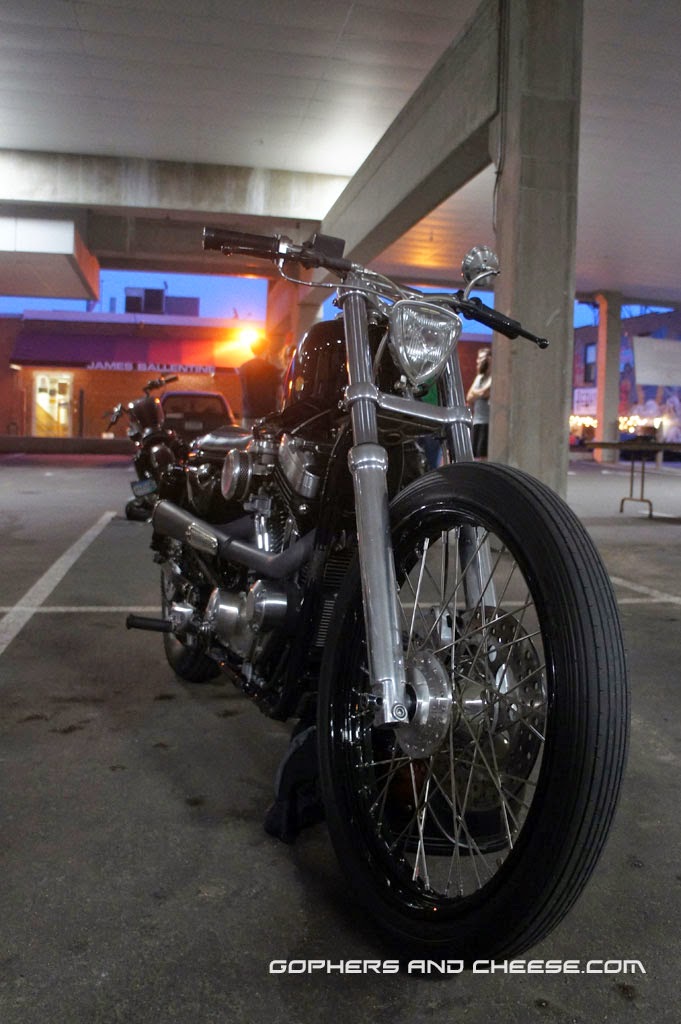 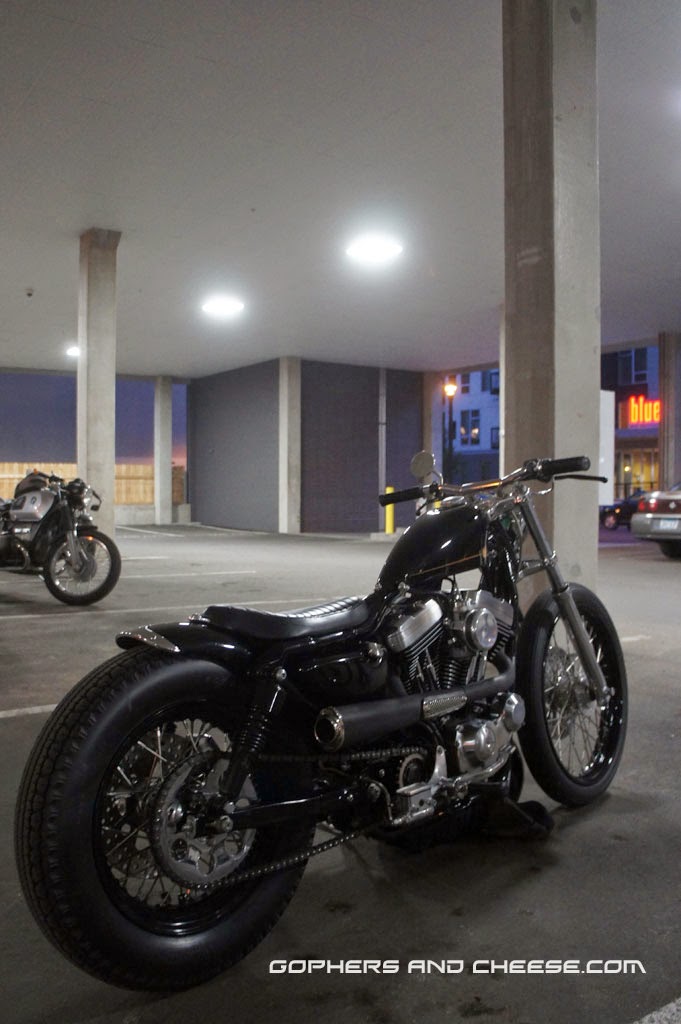 Kevin got his new tank mounted up: 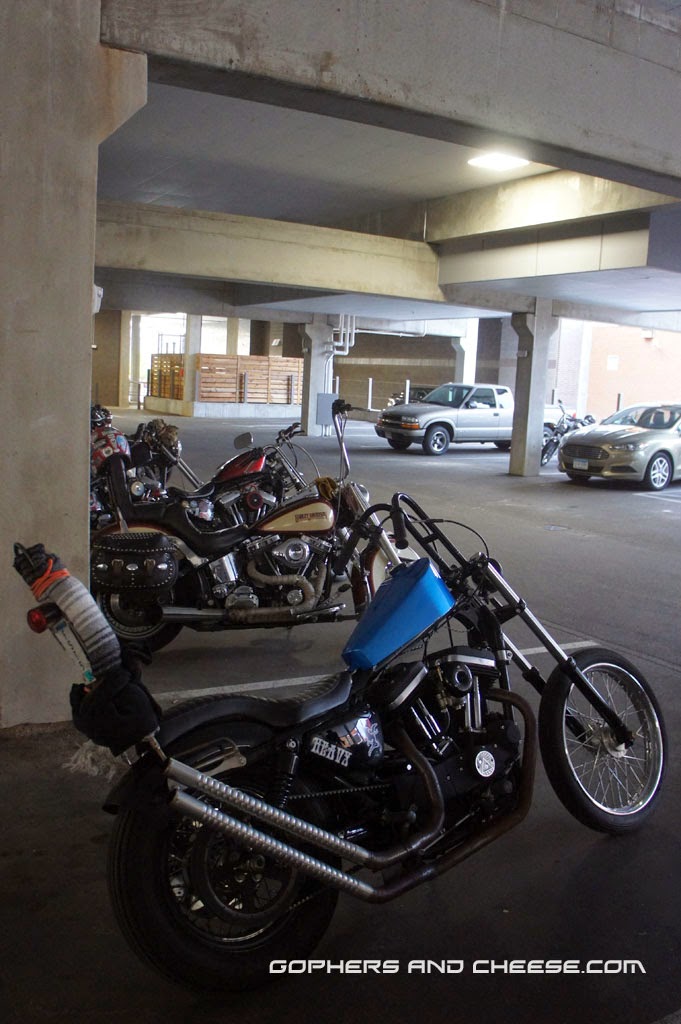 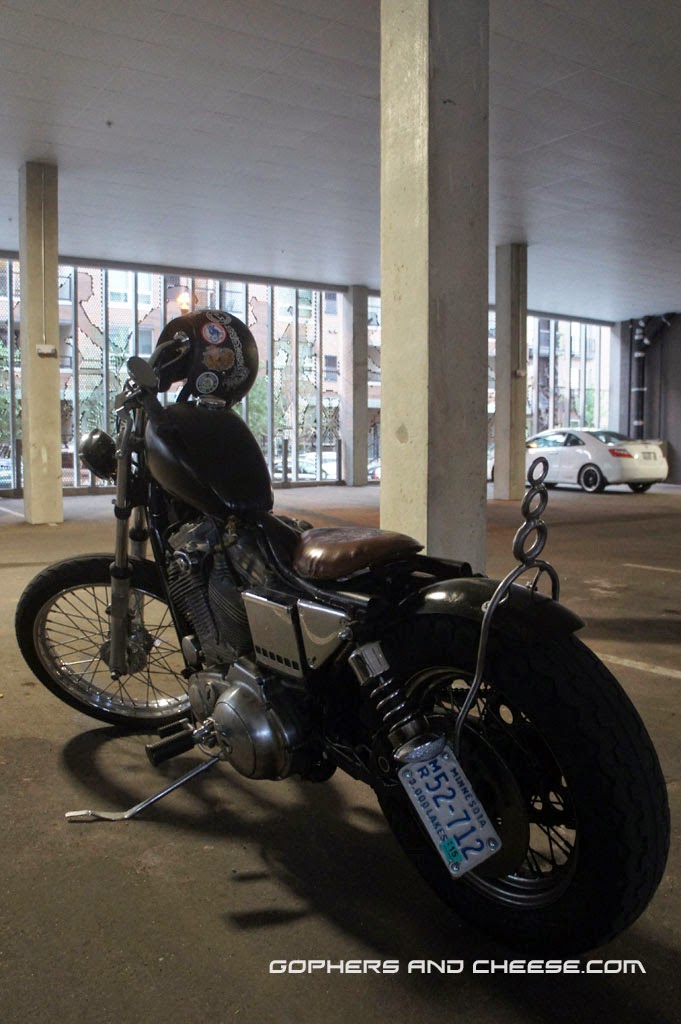 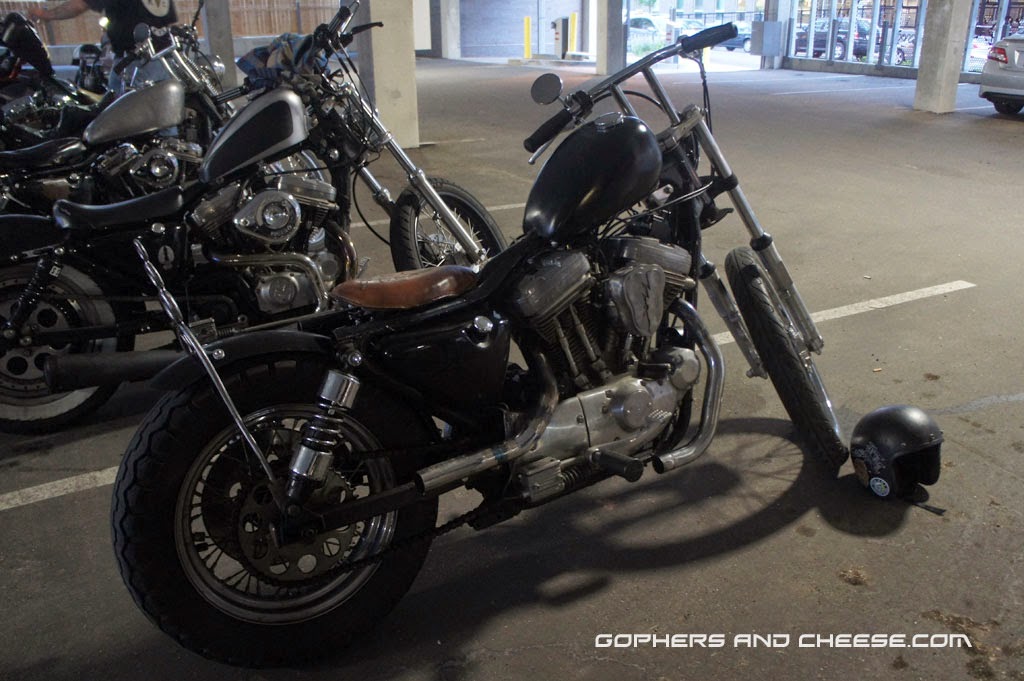 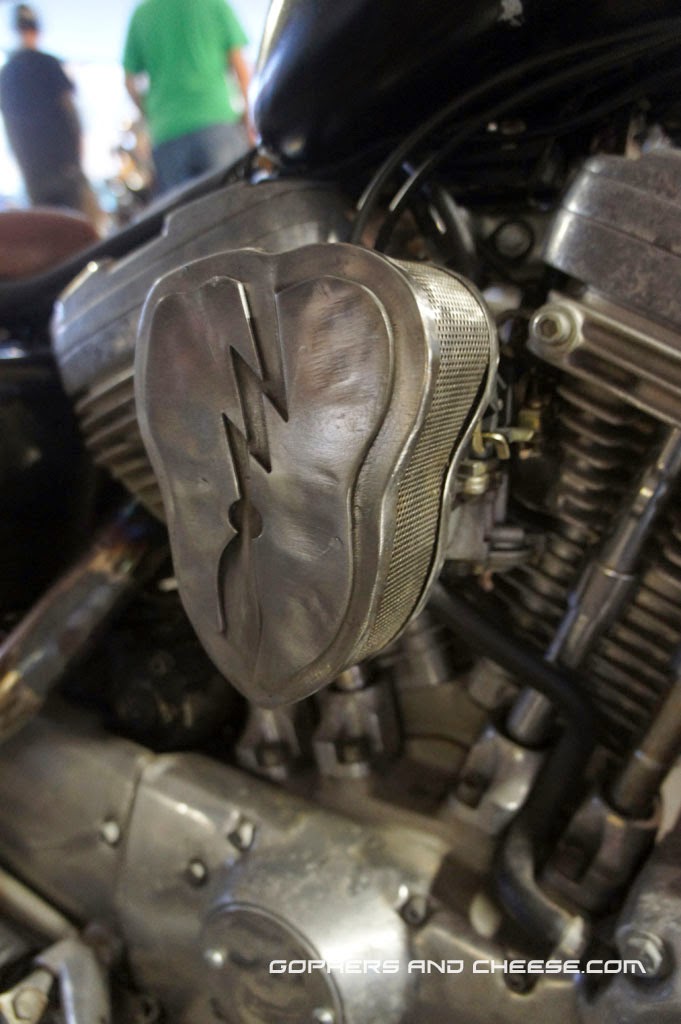 Another Sporty with no mufflers: 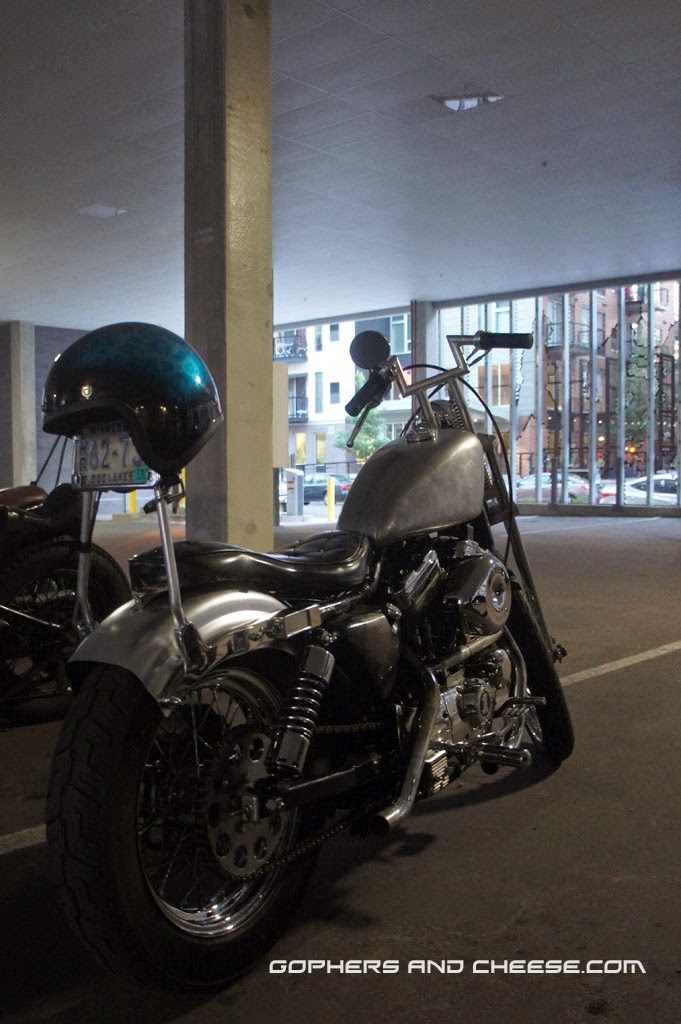 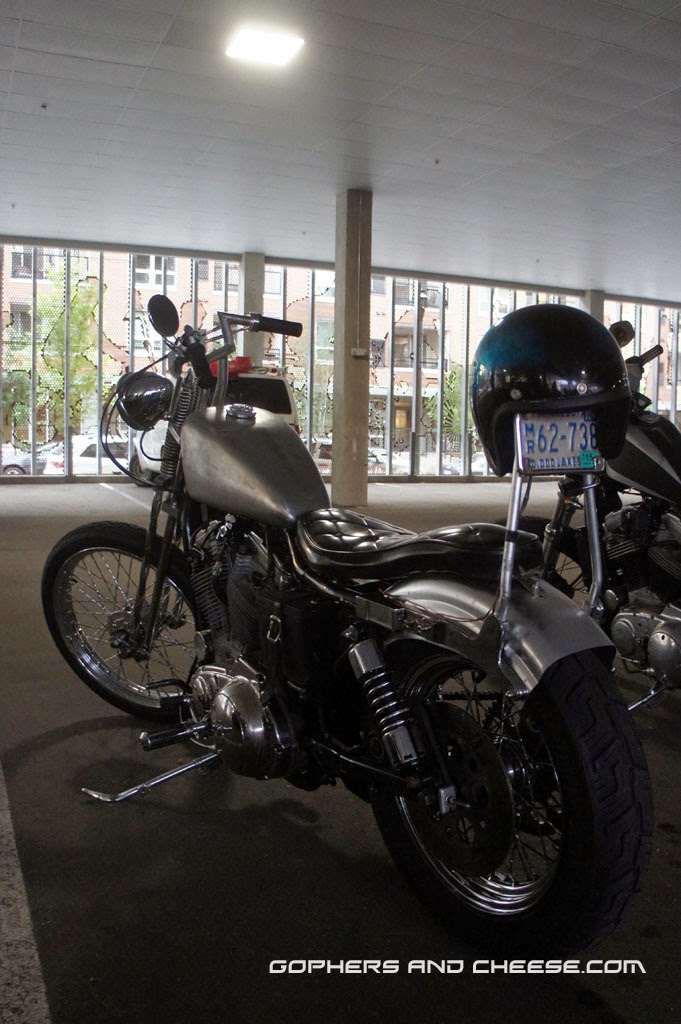 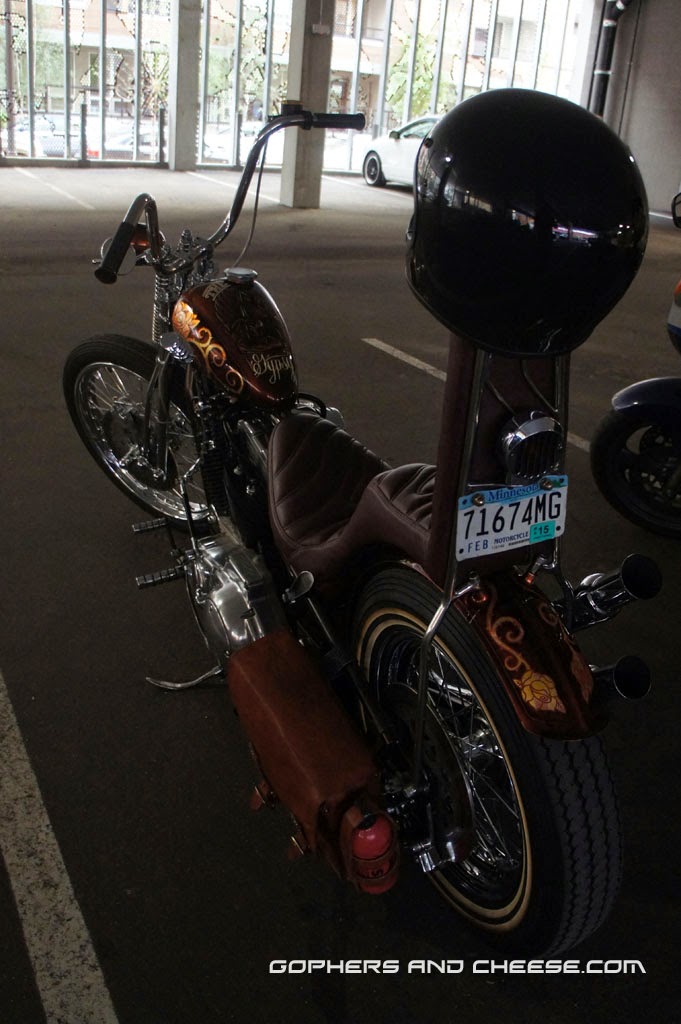 ...and the honorary Sportster of the night was Dan's Royal Enfield.  He's been modifying it a lot lately and just put a Sportster tank on it.  I like it. 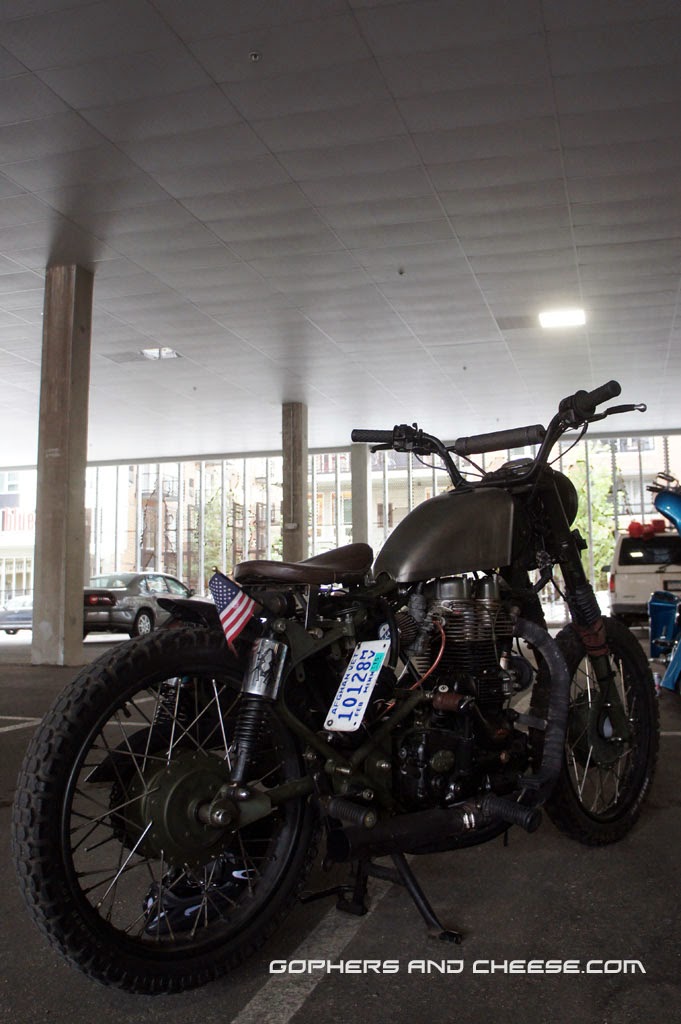 Speaking of Dan, he recently pointed out that most photos on my blog don't have people in them.  It's true.  I typically go out of my way to put the focus completely on the motorcycles featured in each photograph.  I try to limit distractions in each photo and will occasionally go so far as to edit out people and things that happen get caught in the frame such as a random handlebar from a neighboring bike or a stray arm or leg of someone who was standing or walking nearby.  Besides, would you really keep coming back to my blog if it was only filled with photos like this? 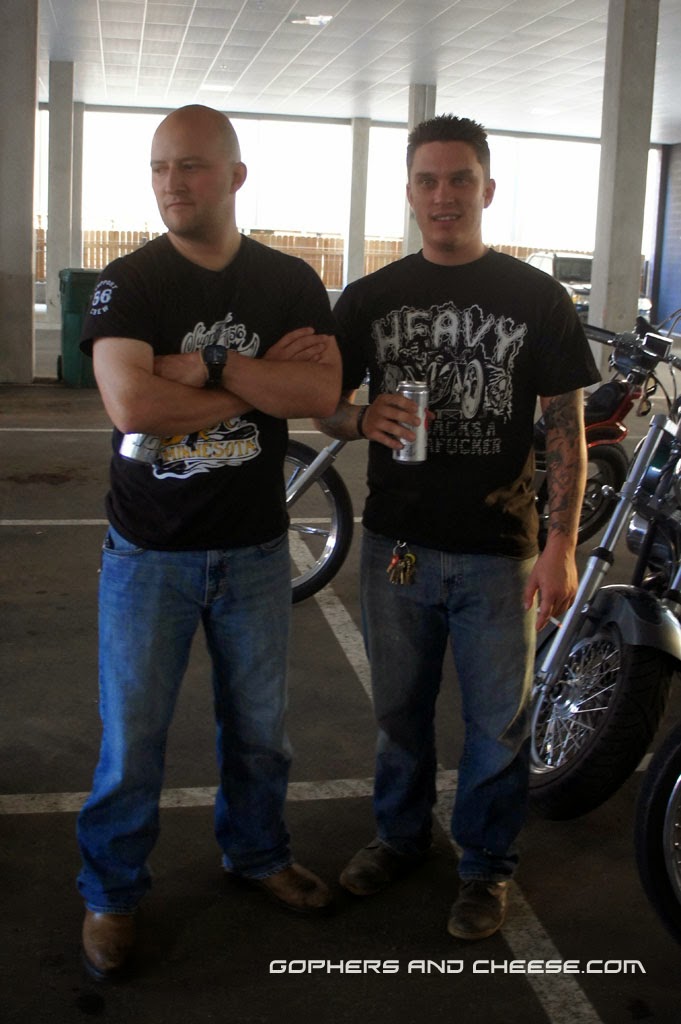 It's at this point that I can imagine Dan pointing out that featuring more photos such as the one above might drastically improve my female readership.  He might be right, but I remain skeptical.