As usual, a wide variety of bikes showed up to First Thursday at Dulono's Pizza.  The turnout was good in spite of the fact it was the week of Sturgis.  The crowd spread down all the nearby streets. 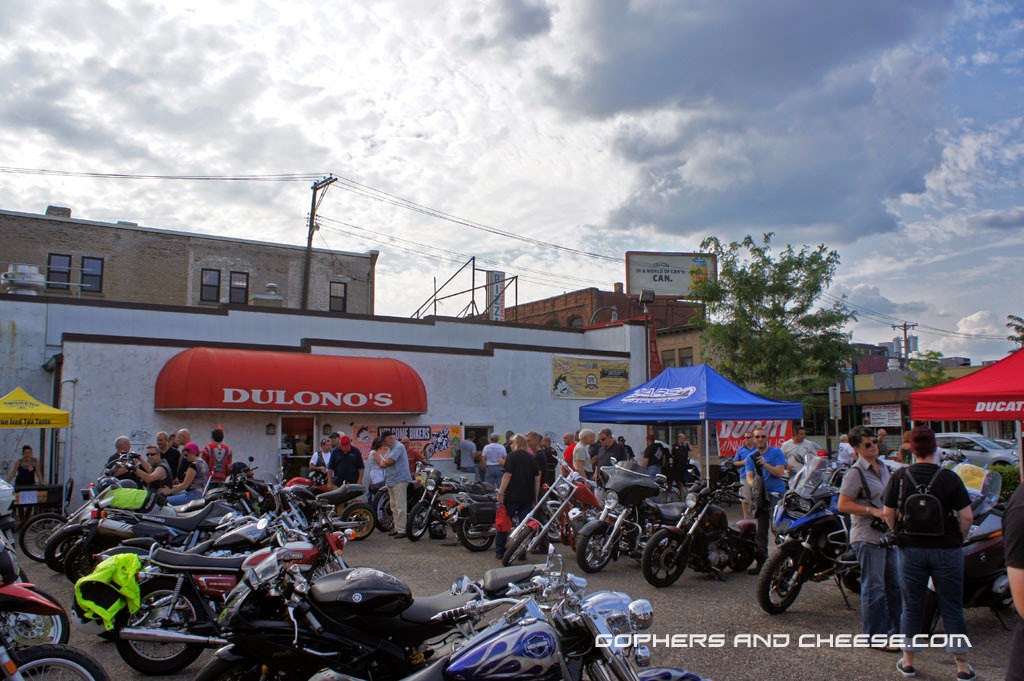 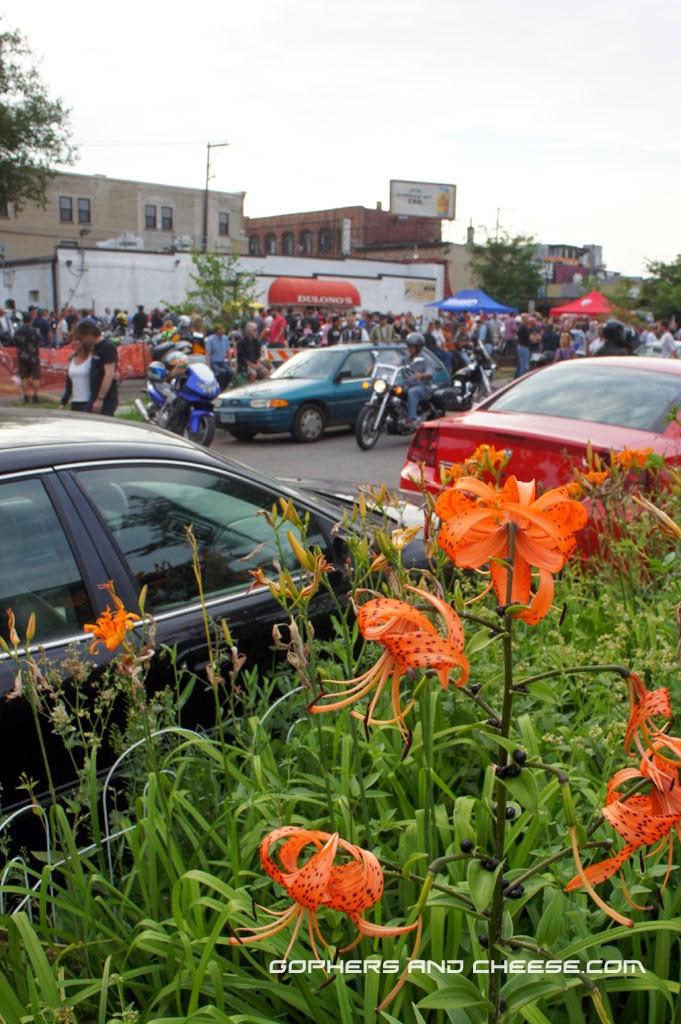 At first, I thought this Honda Valkyrie had some giant NOS tanks on it made to look like rocket-ship engines.  I later realized they were actually propane tanks.  Knowing how my grill always runs out of gas at the worst possible moment when cooking dinner, I don't know how I'd feel about relying on that stuff to power my motorcycle. 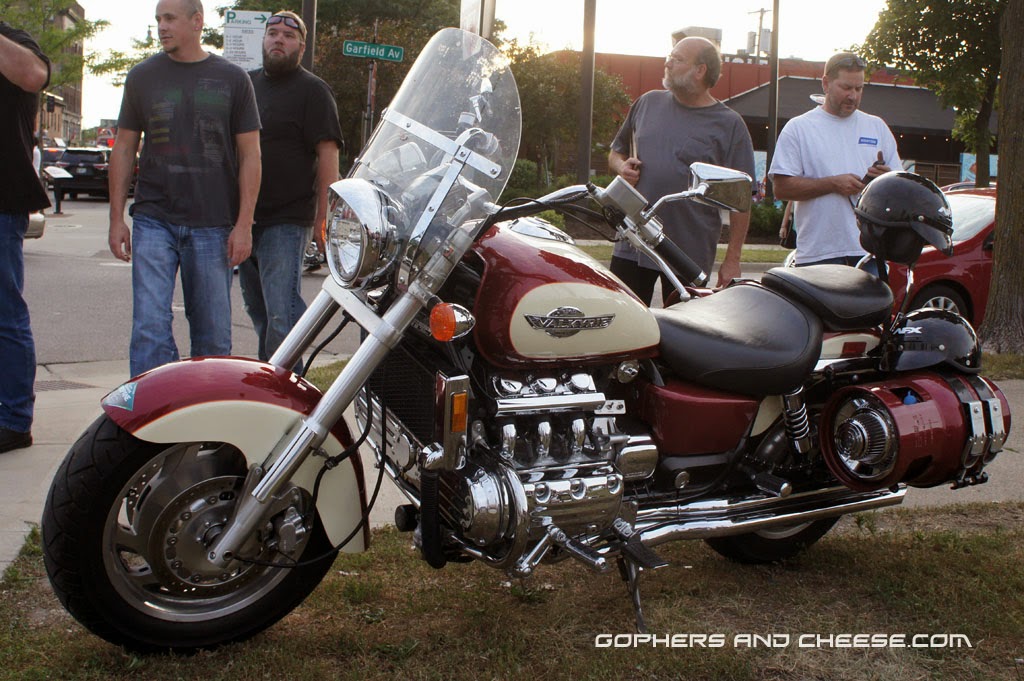 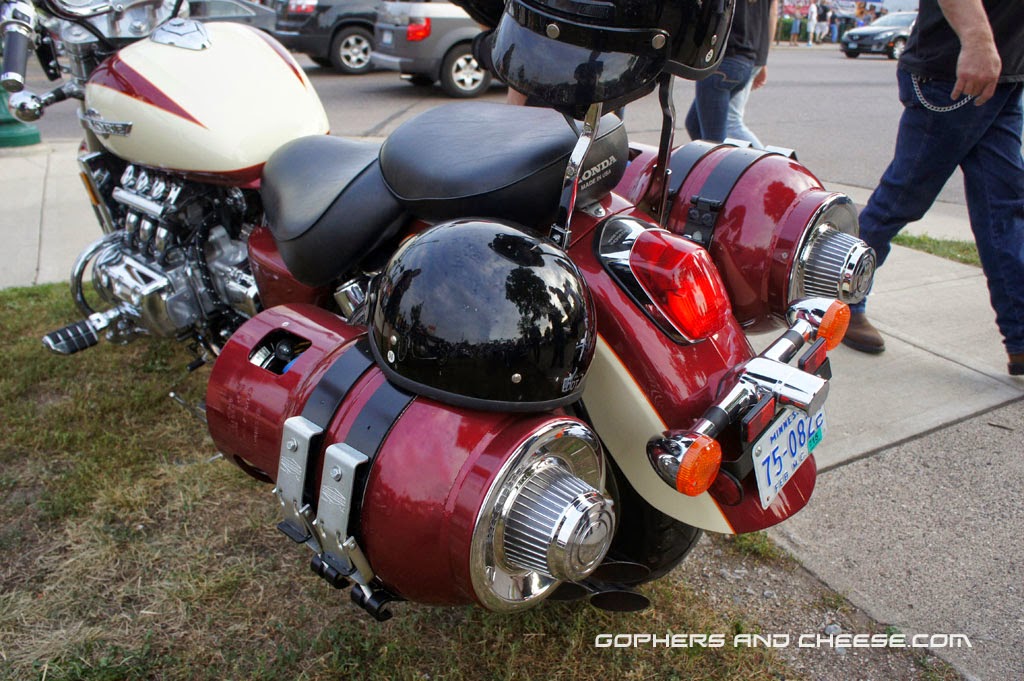 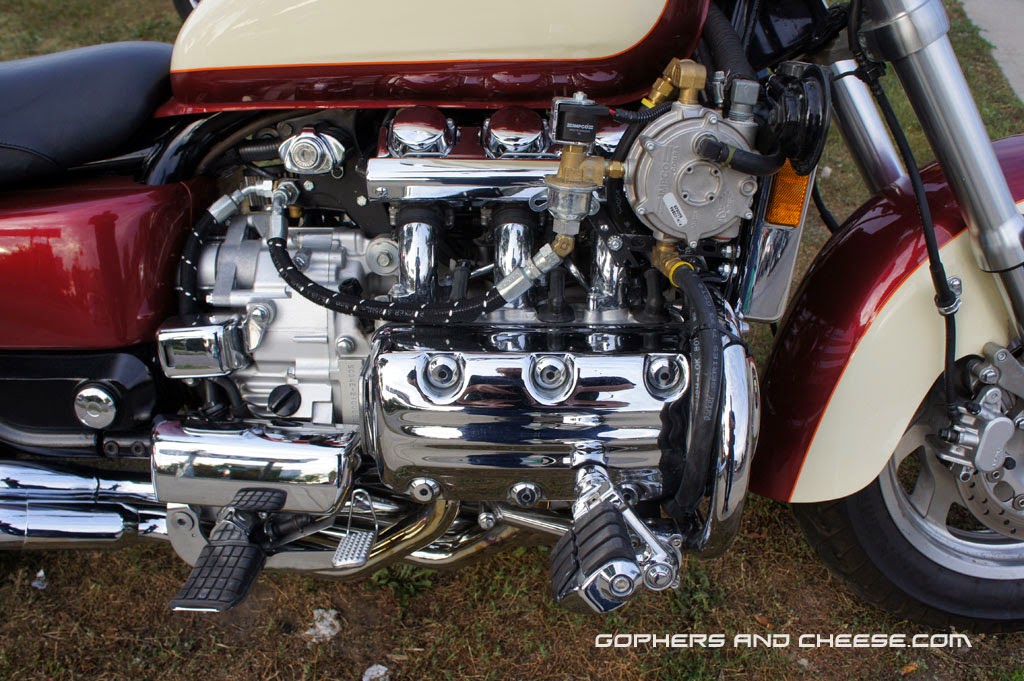 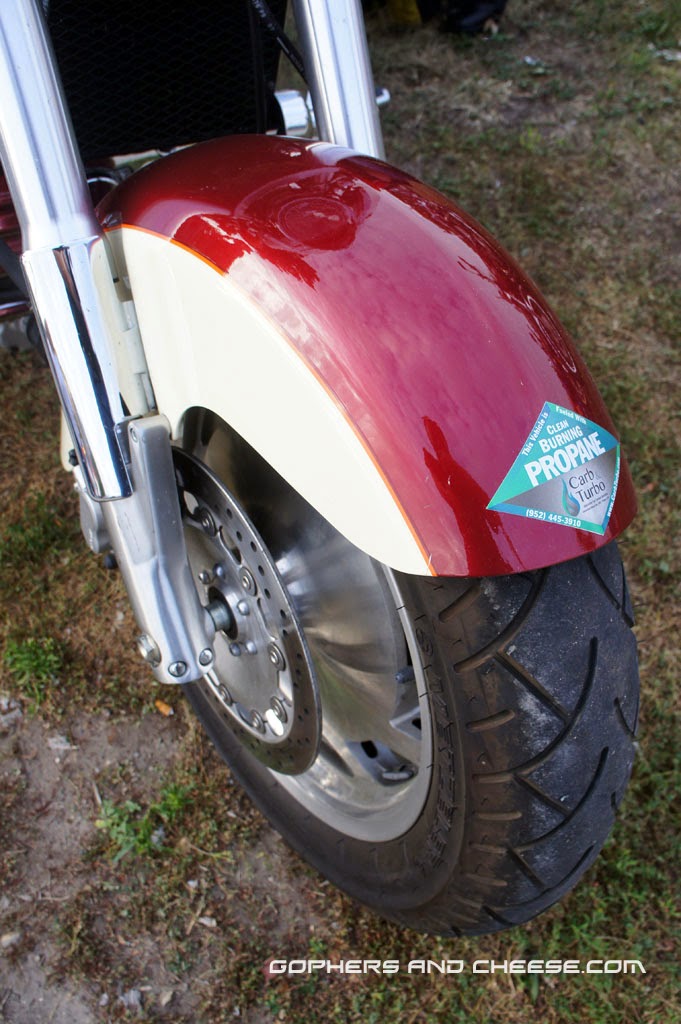 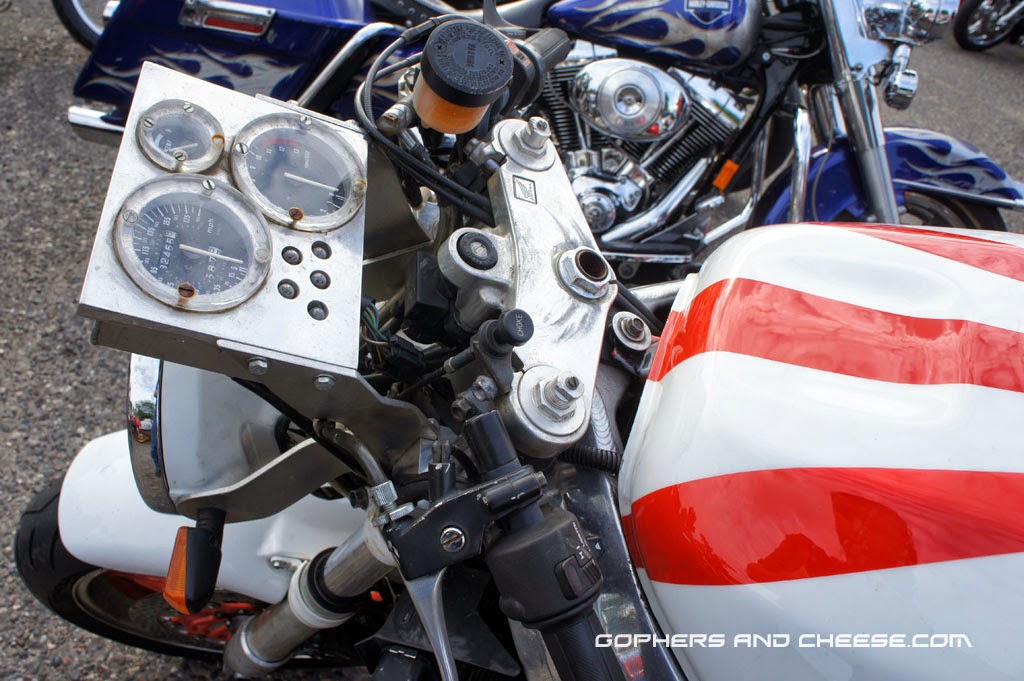 Looks like a big gold heatsink on this Yamaha: 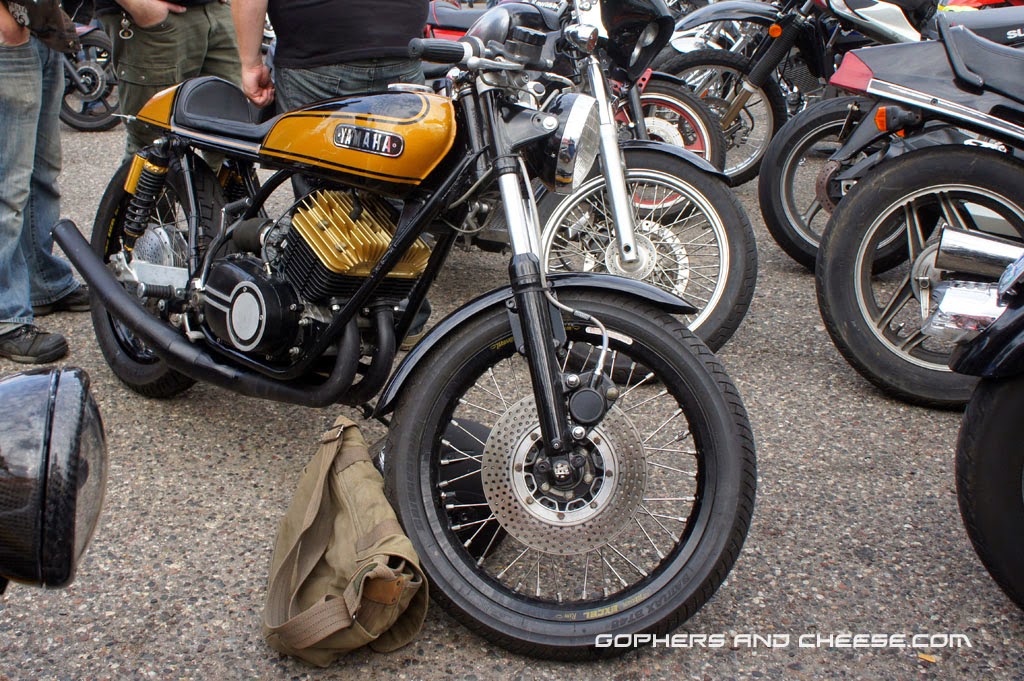 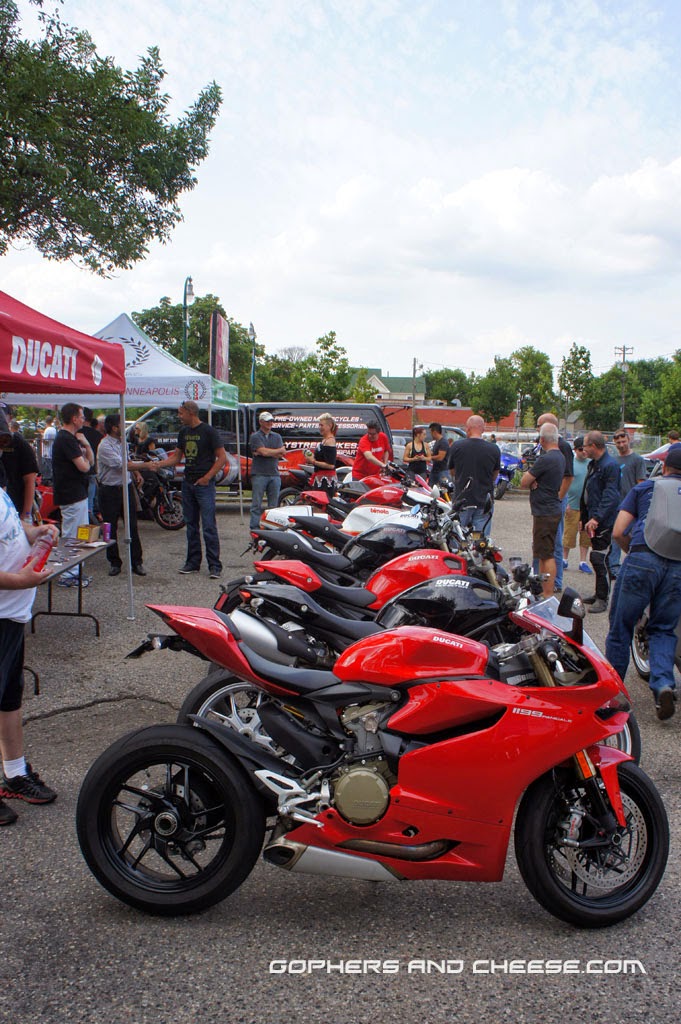 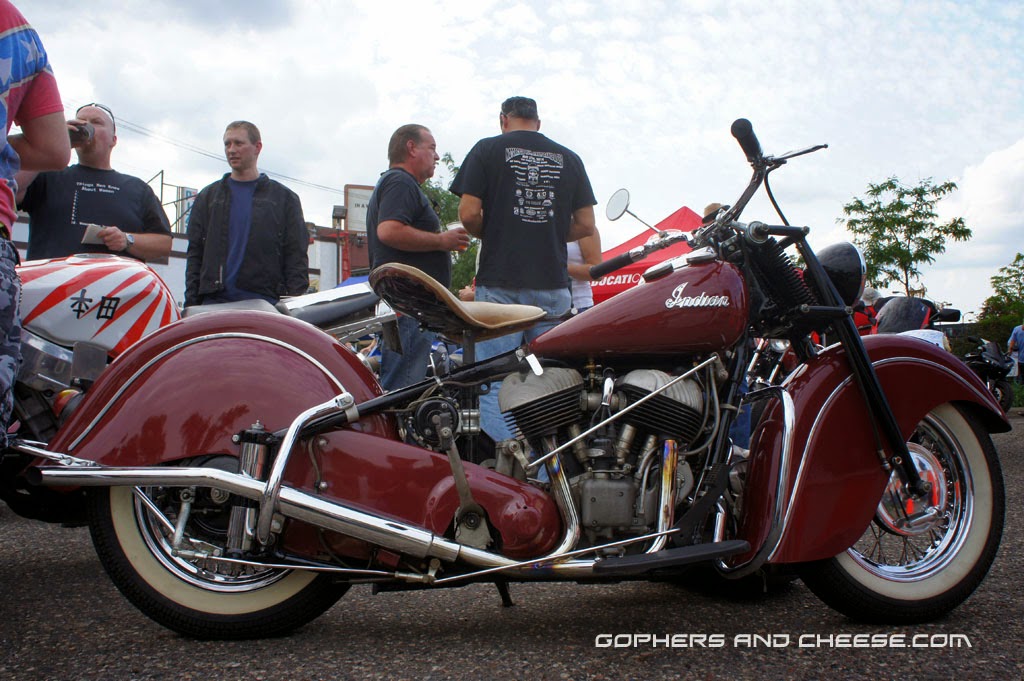 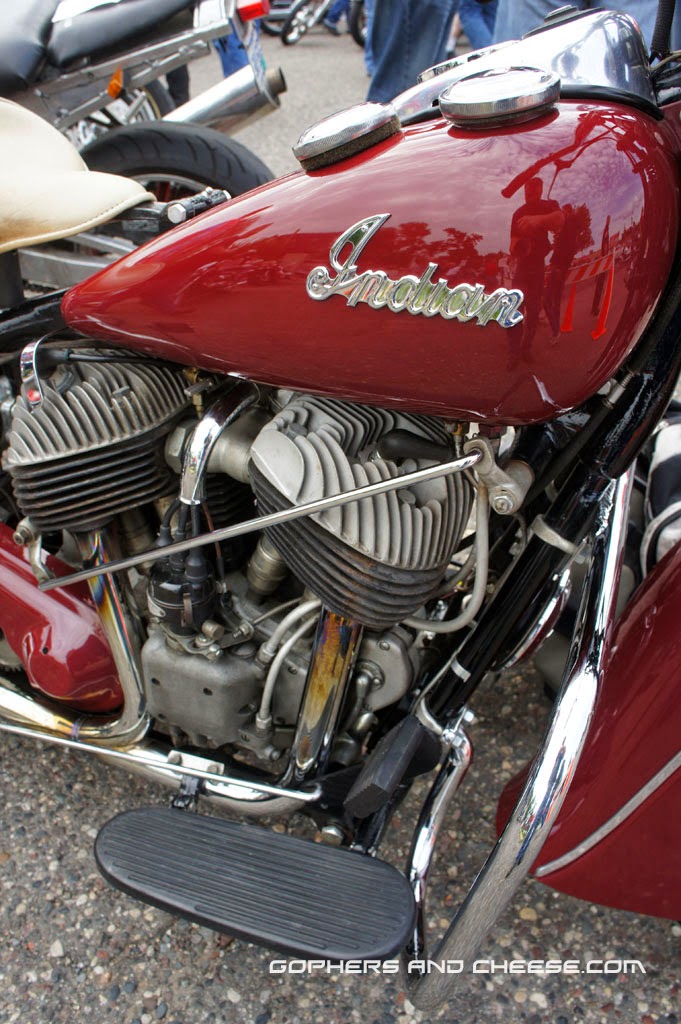 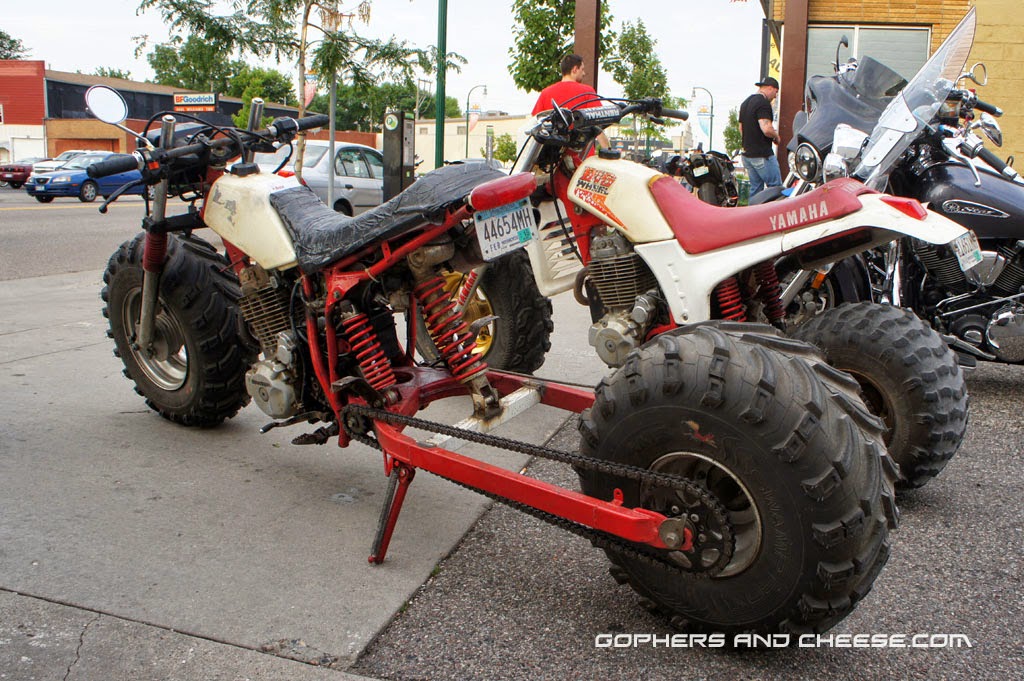 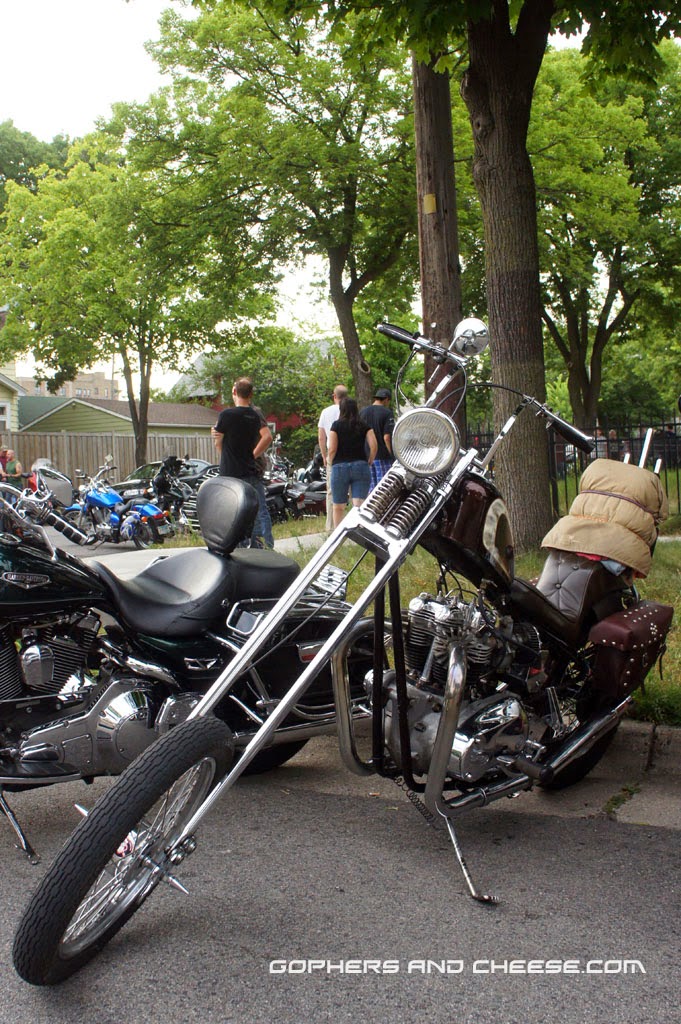 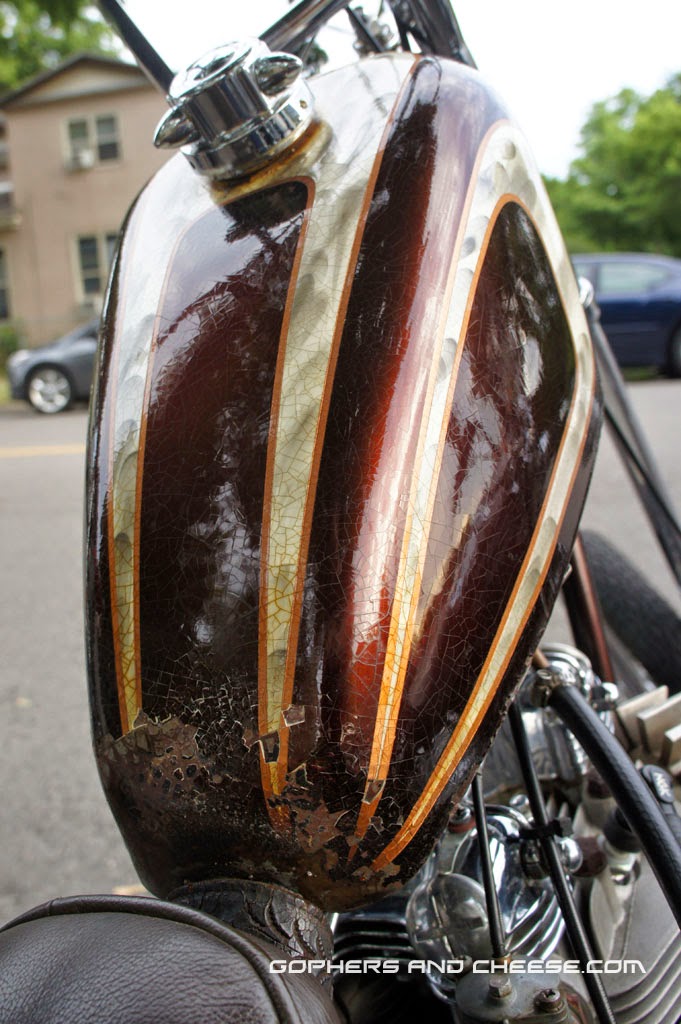 I thought this little Kawasaki was cool.  Check out the Minnesota kickstand. 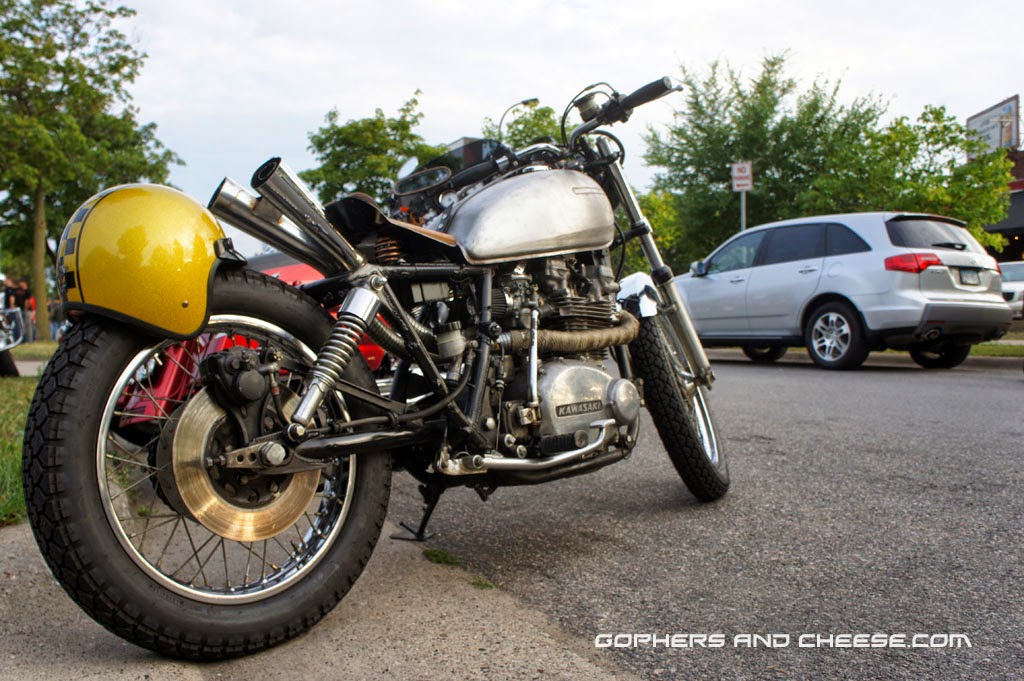 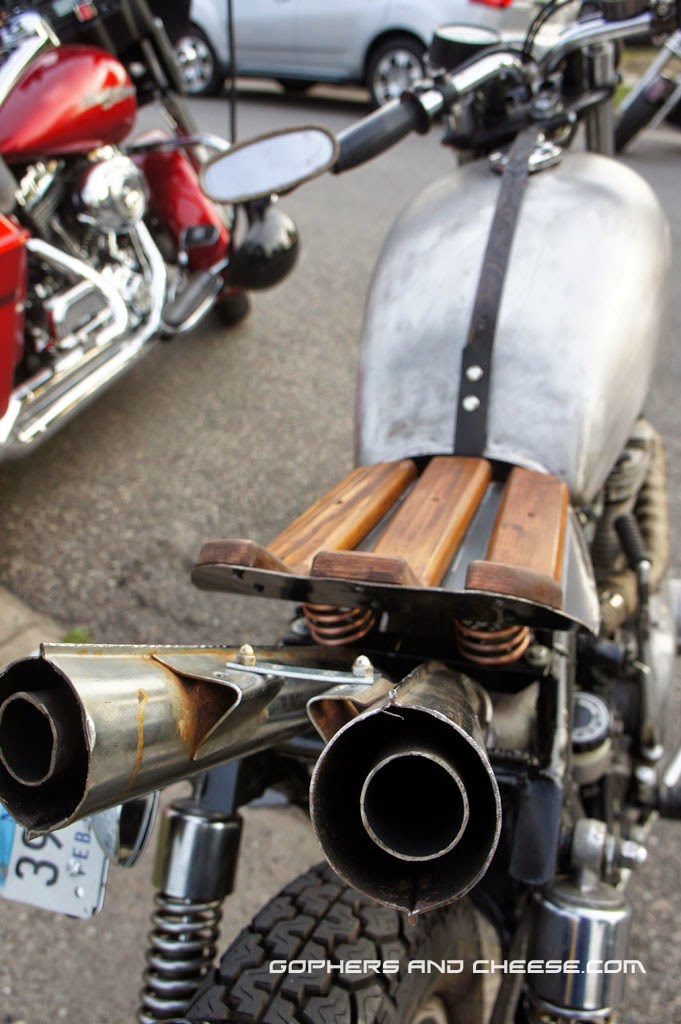 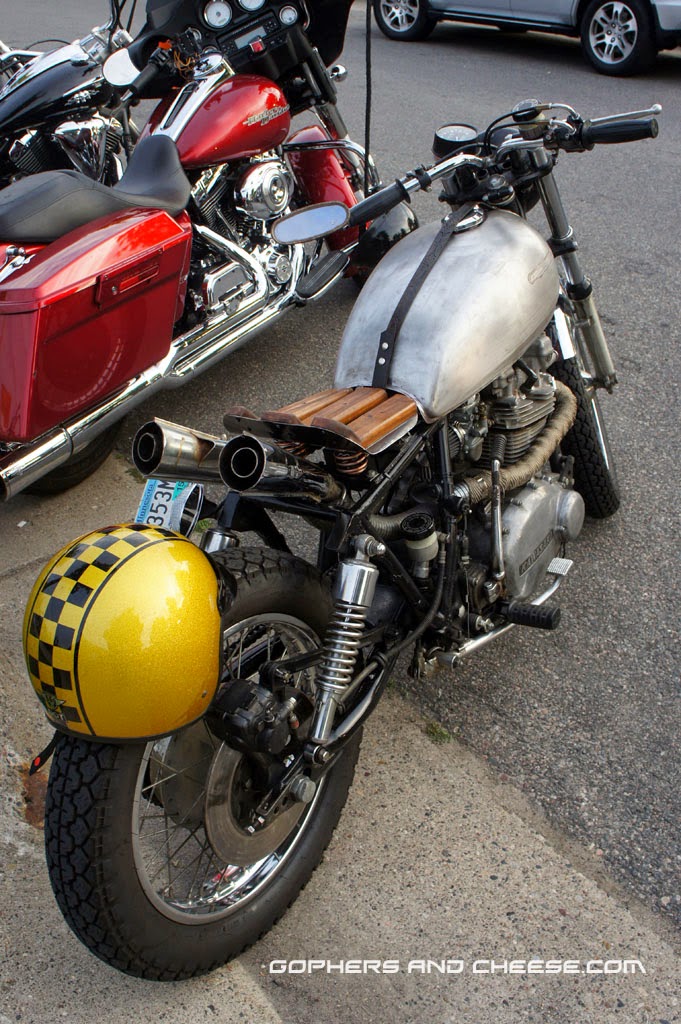 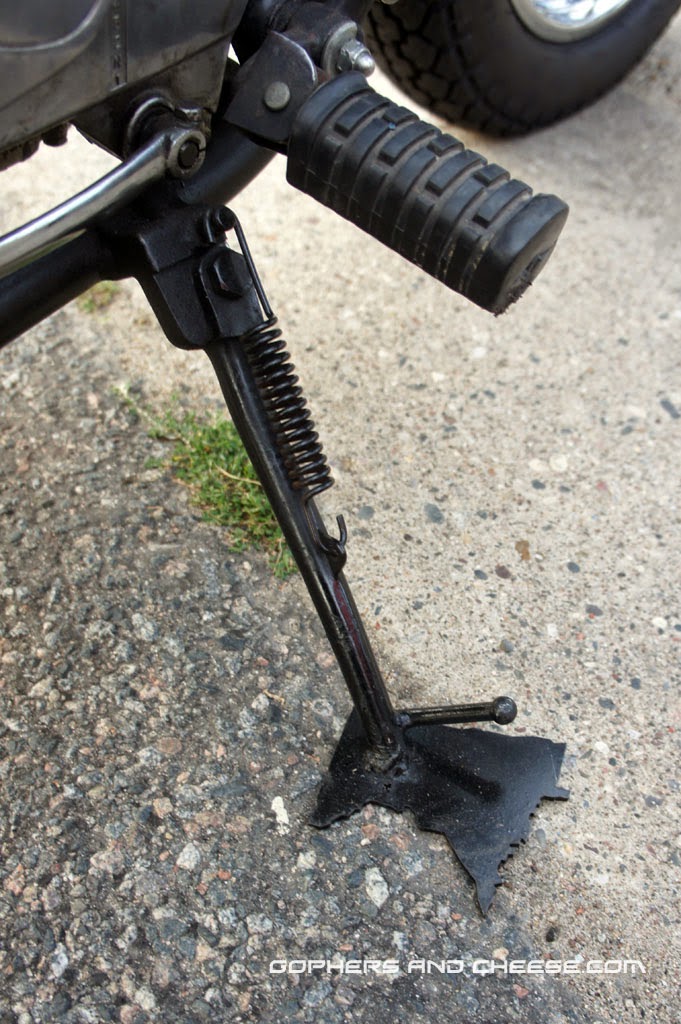