Authority Stunts did a second session at The Joint's Hog Feed that was just as much fun to watch as the first. 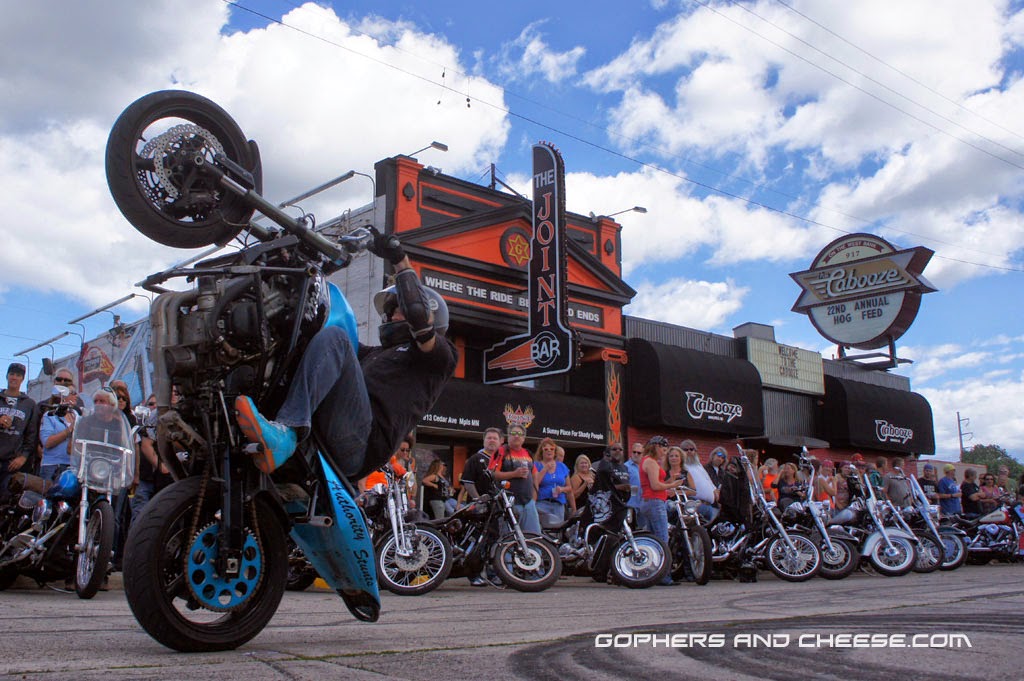 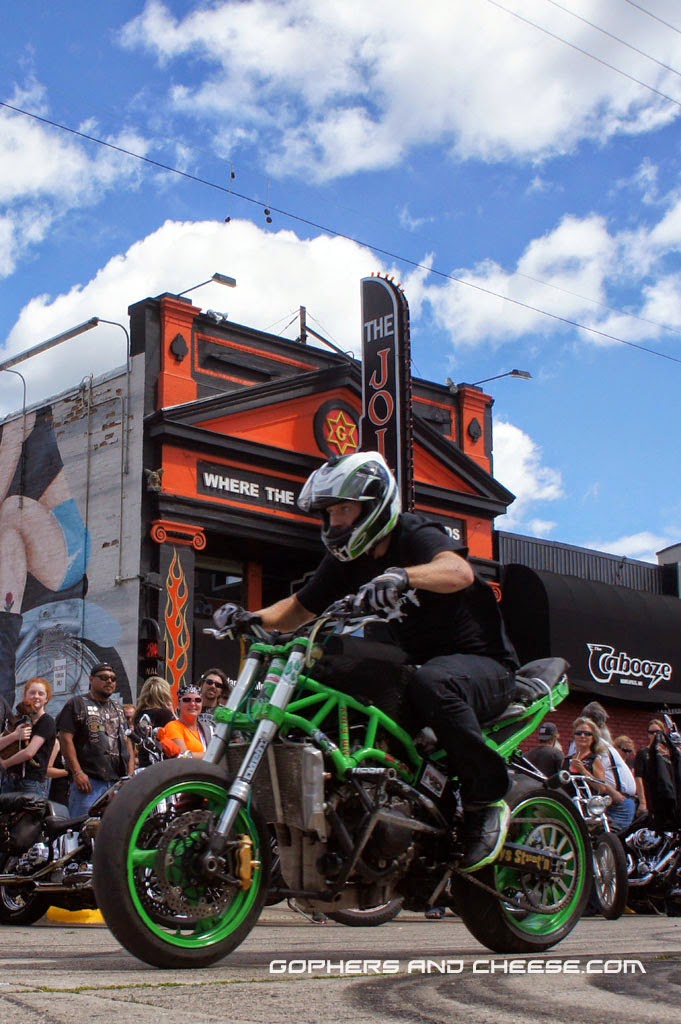 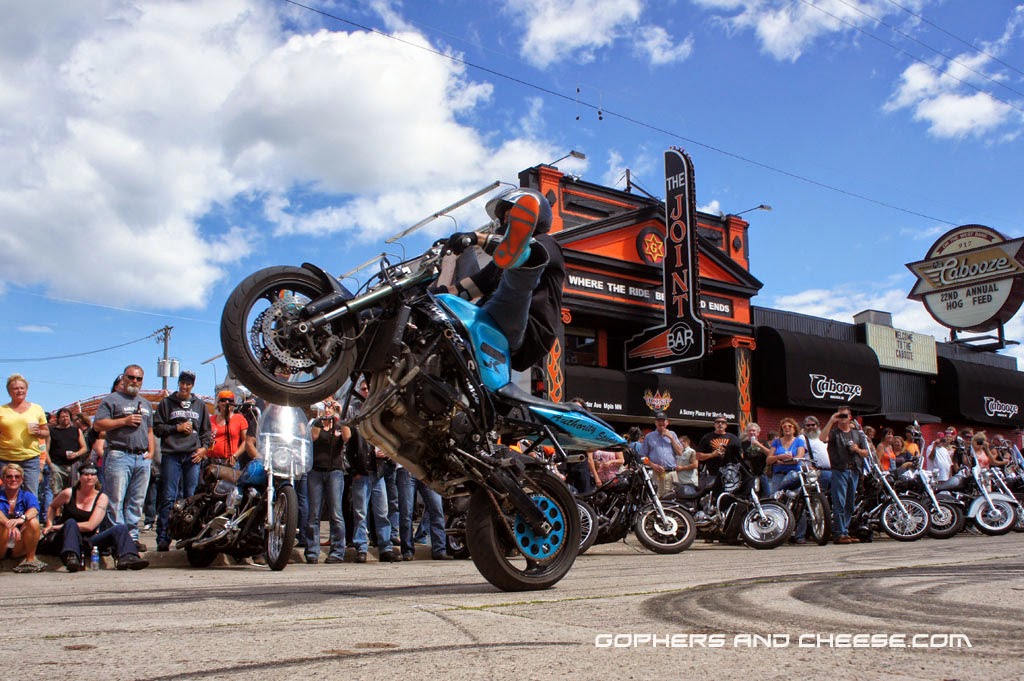 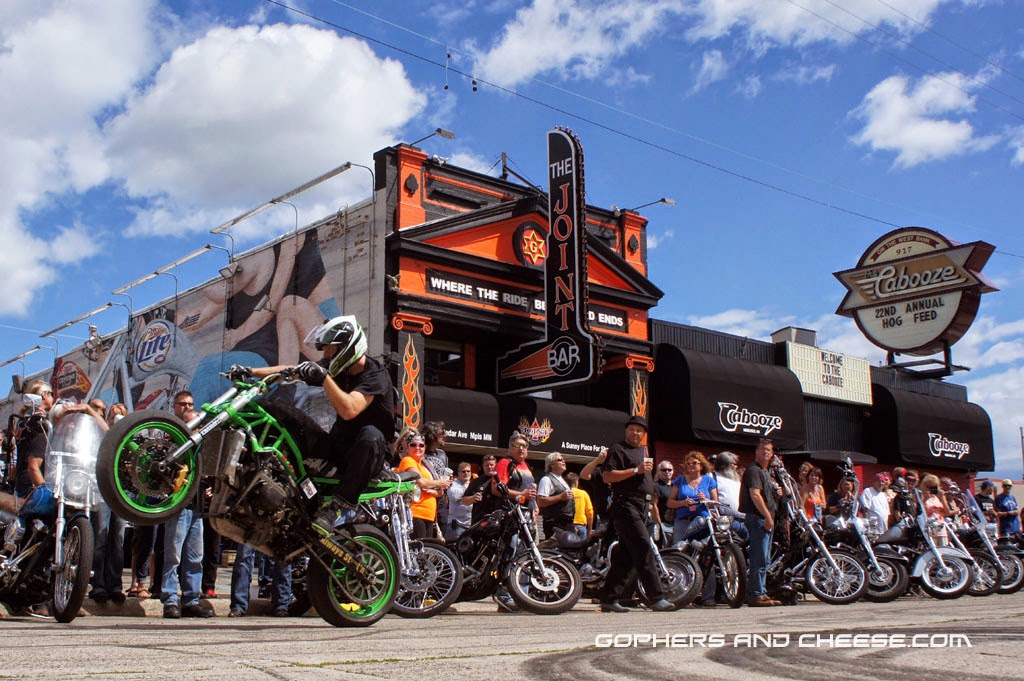 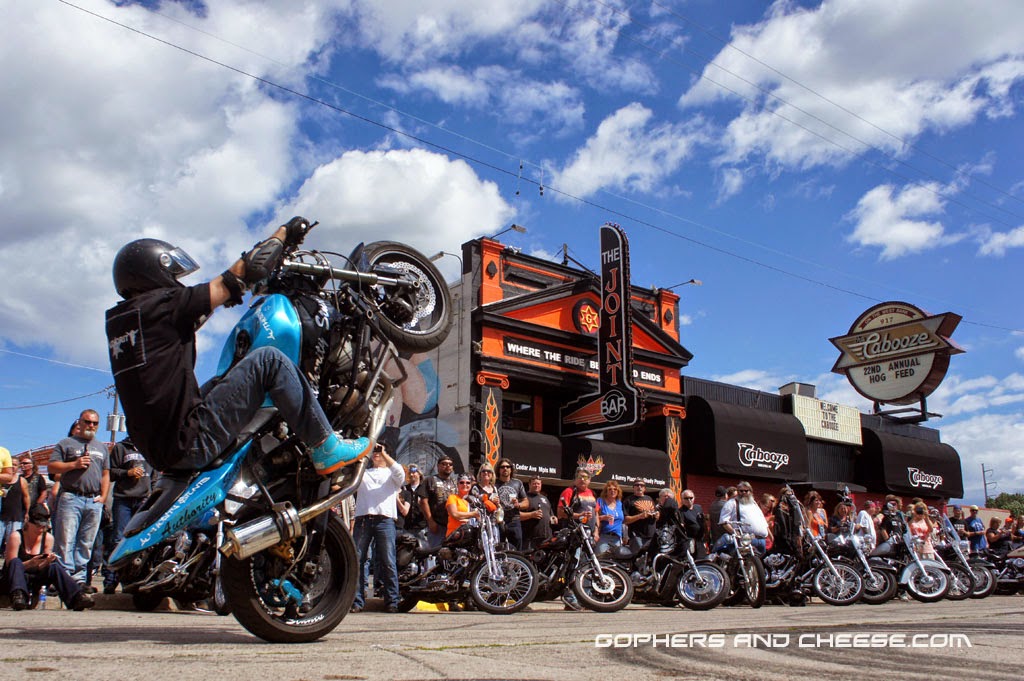 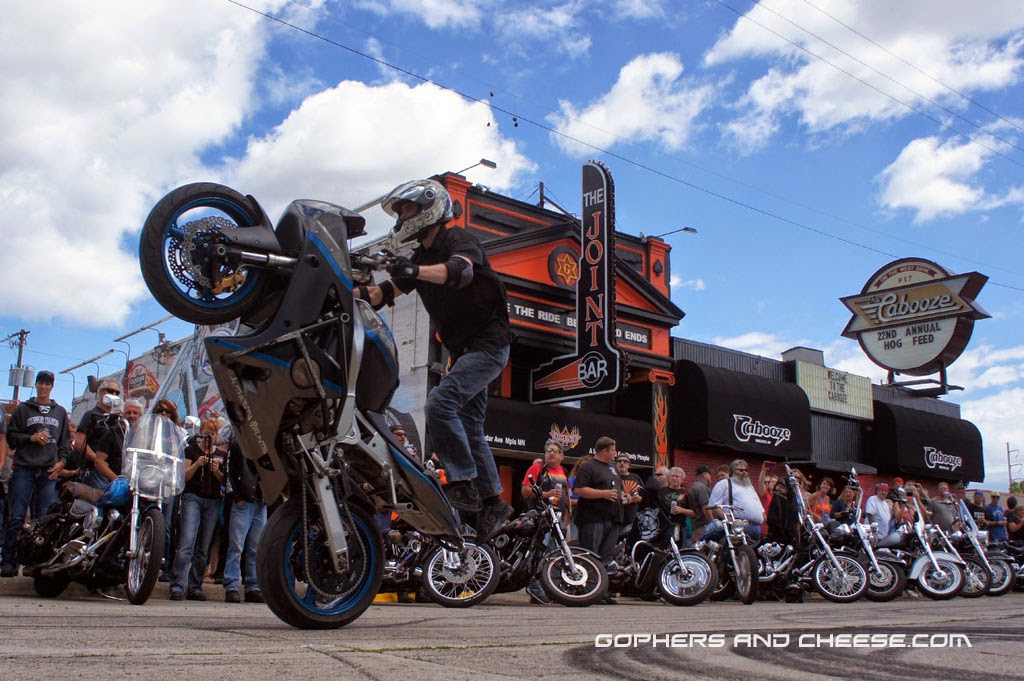 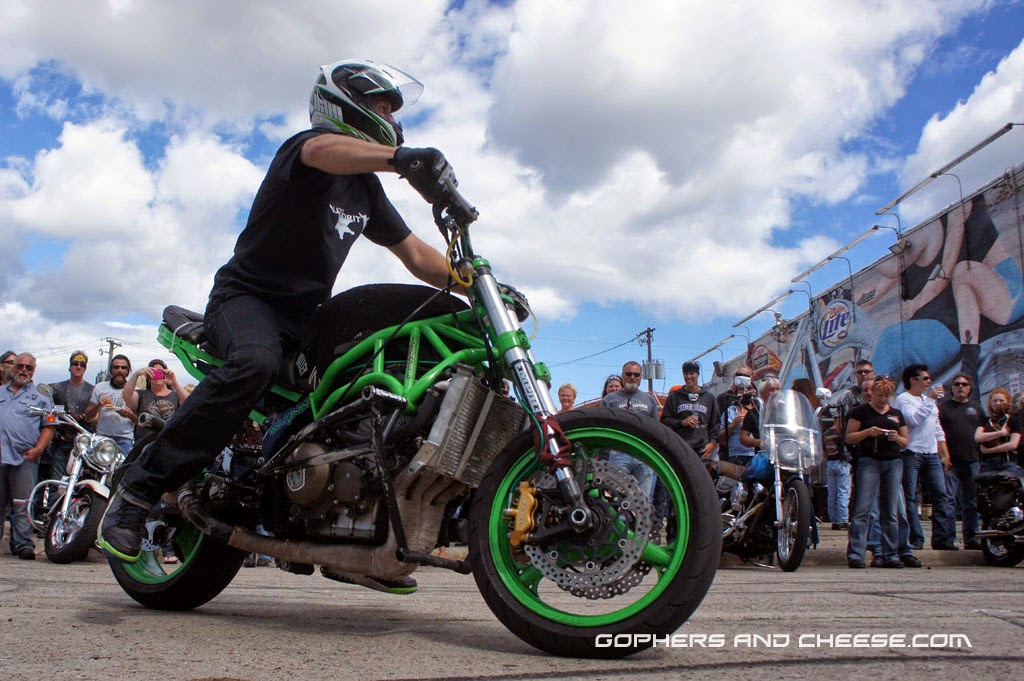 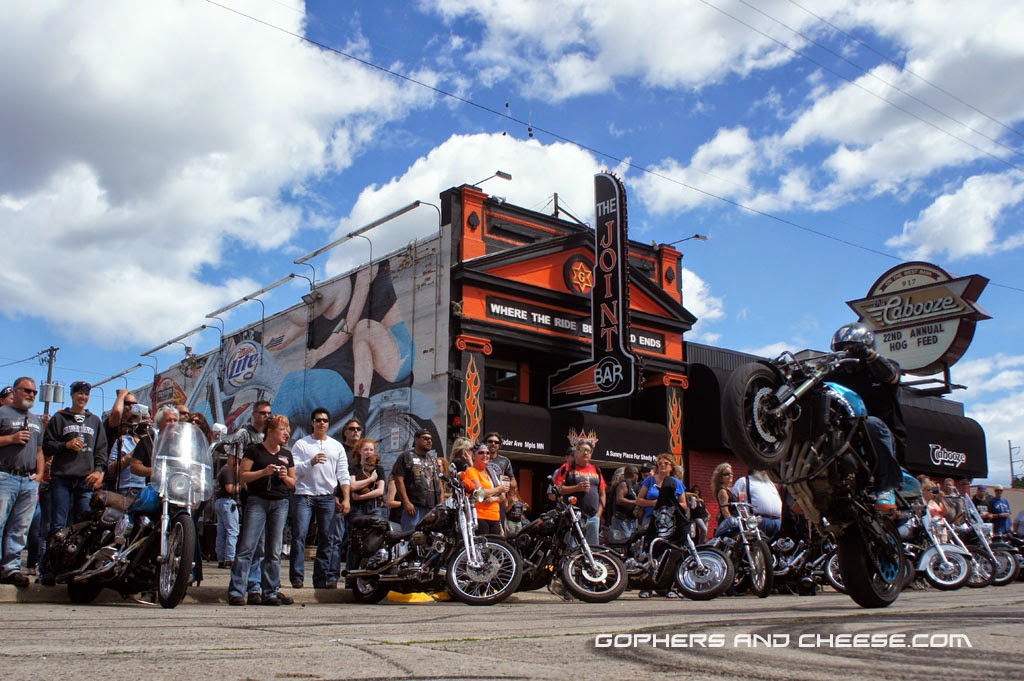 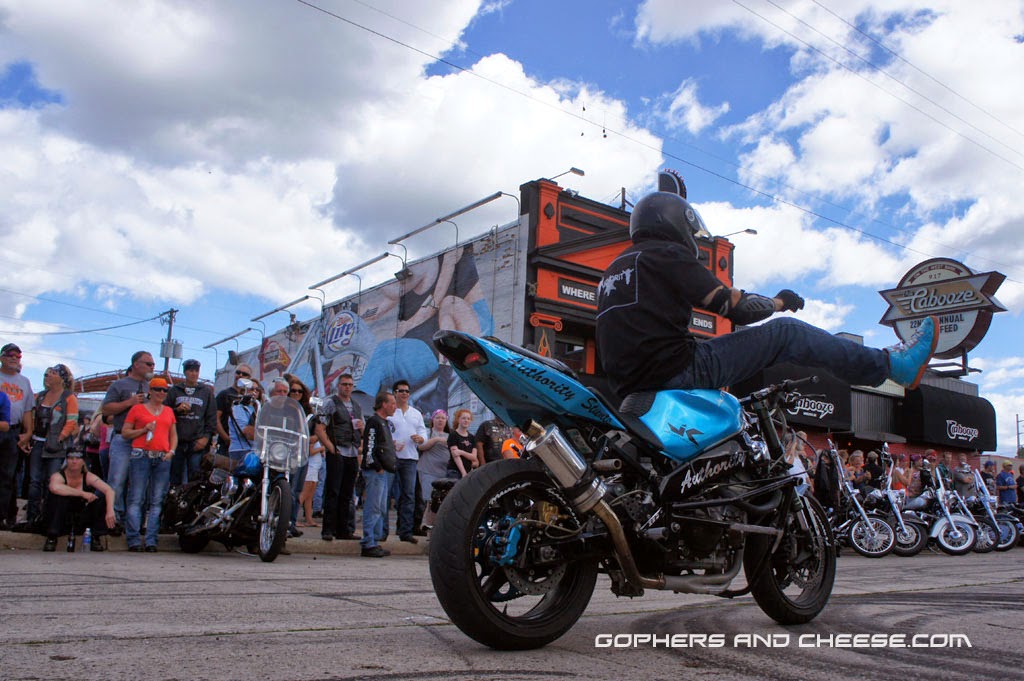 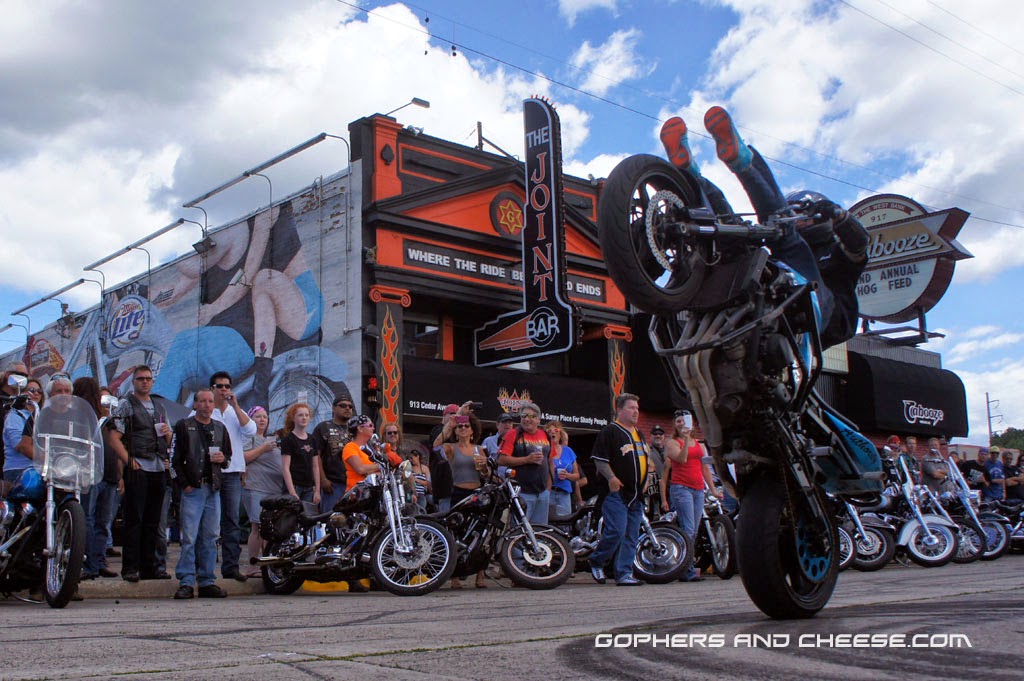 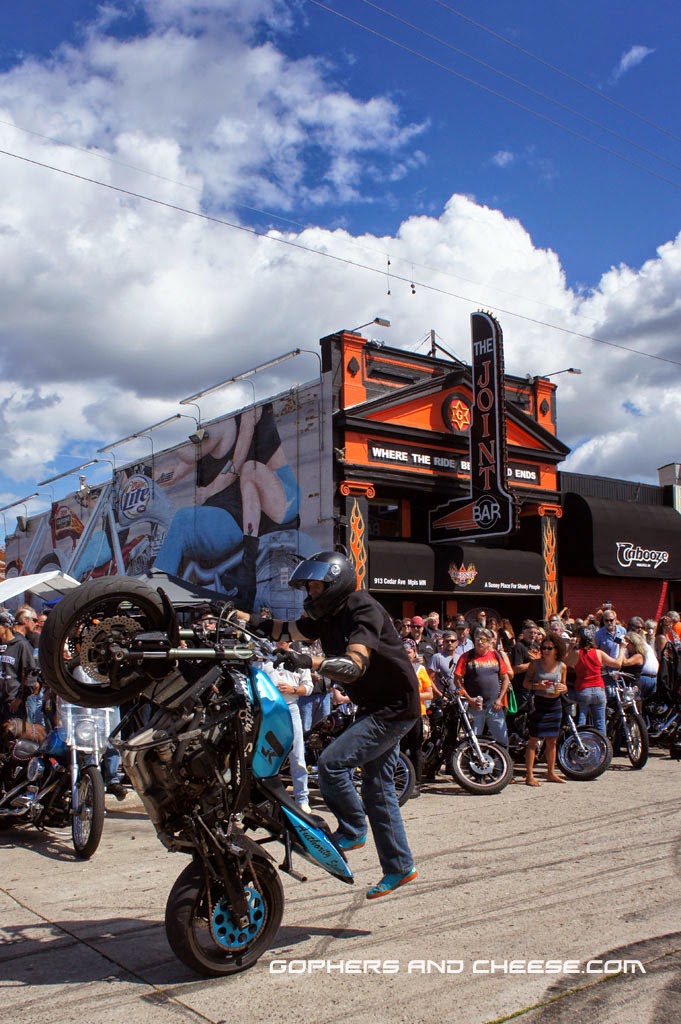 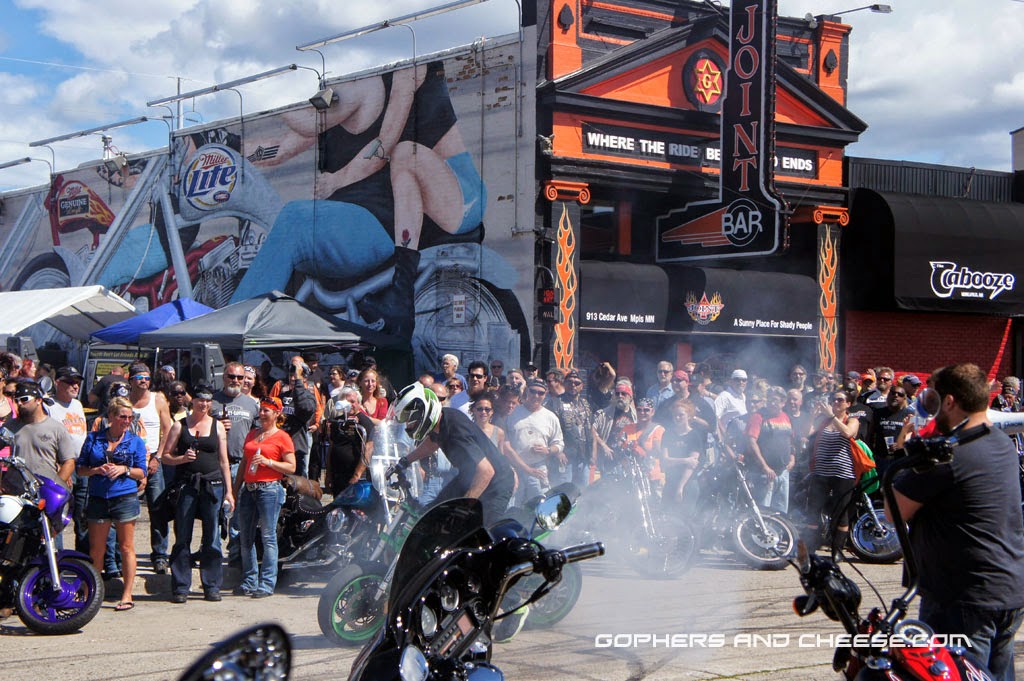 I managed to get a great photo of the can crush.  If you haven't seen it done, the guy speeds towards the can of soda/beer on the ground, performs a stoppie, and drops the rear tire down in an attempt to smash the can.  Usually it takes a few tries.  Somehow, I managed to capture to moment of impact. 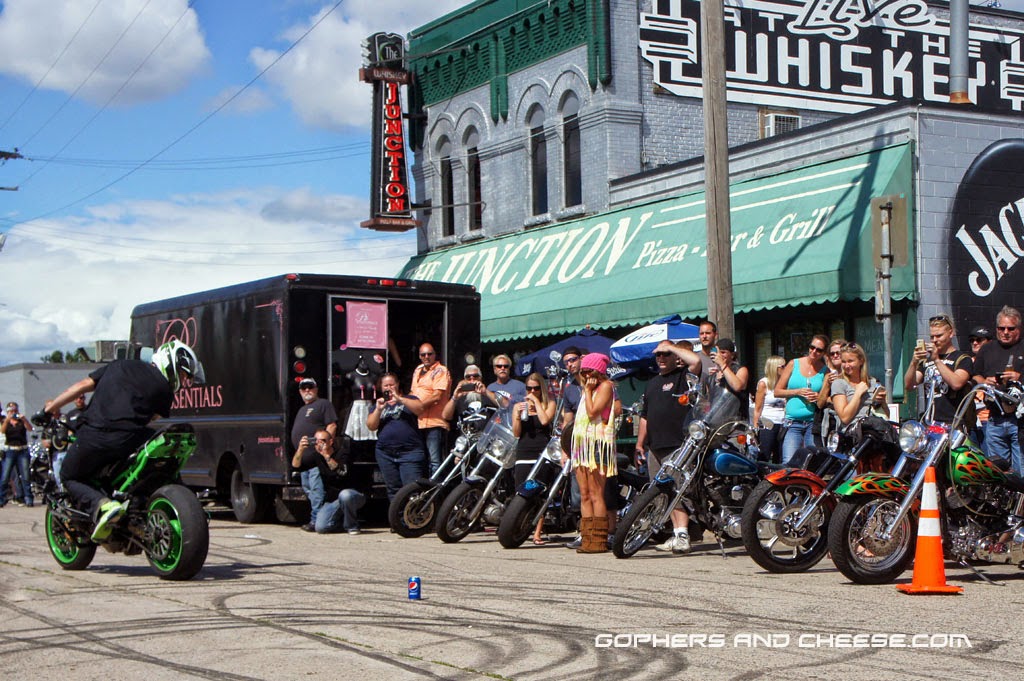 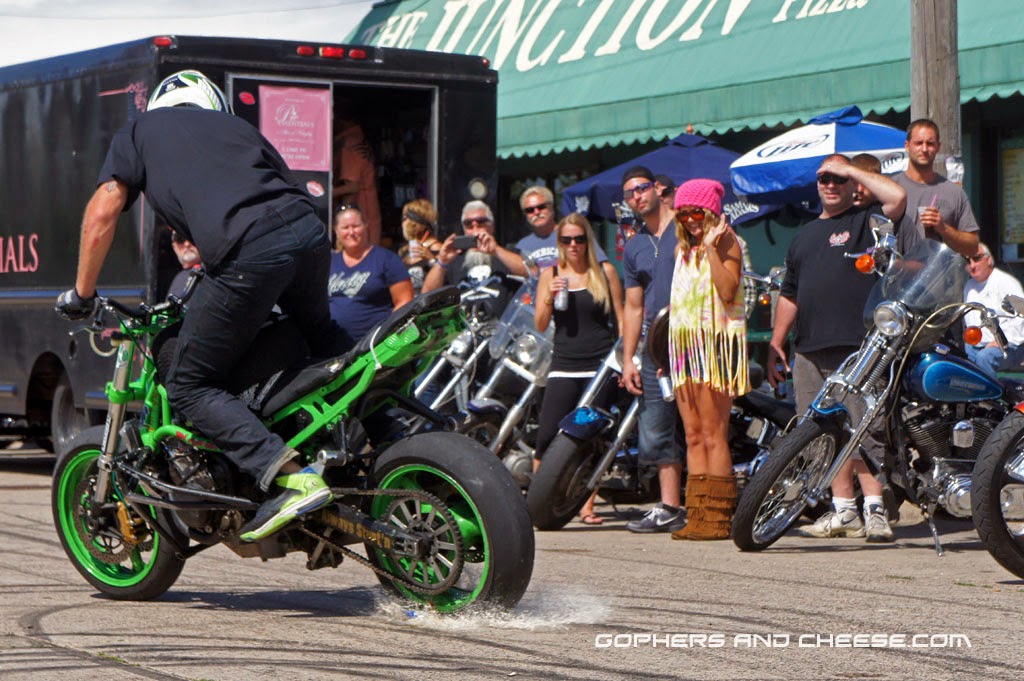 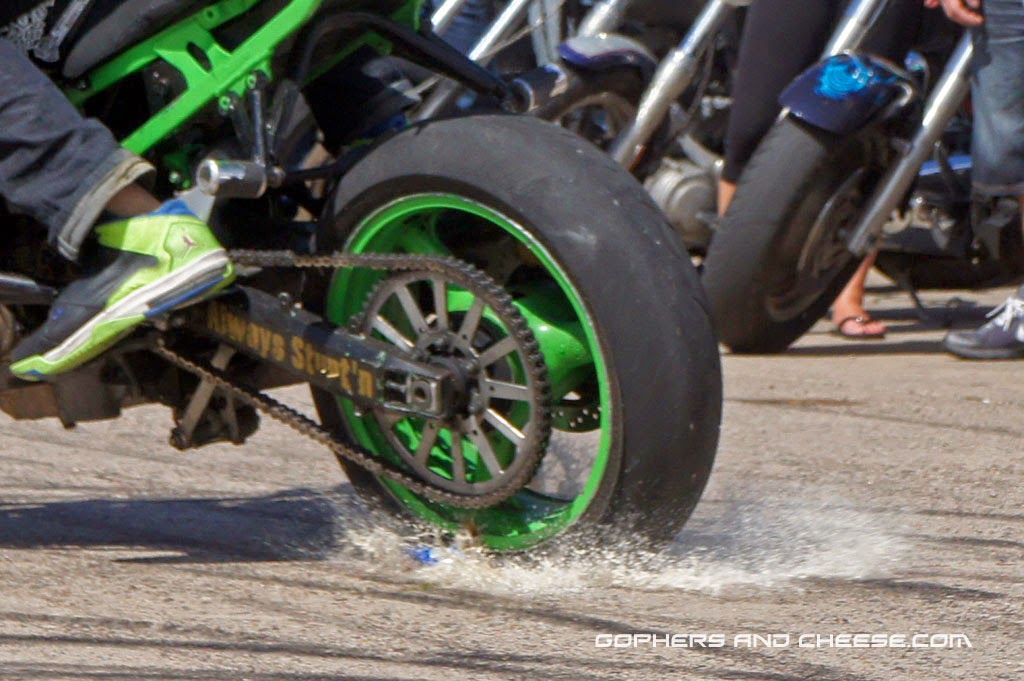 It's weird that the Pepsi looks white but they shake the can beforehand for maximum effect so it must instantly turn to foam.  I left shortly before the bike games started and got absolutely soaked in the last mile or so of my ride home.  Oh well.  It was still a fun couple of hours.  If you missed it, it had better be because you were hungover at Hood Bush.

Email ThisBlogThis!Share to TwitterShare to FacebookShare to Pinterest
Labels: Minneapolis, Stunting, The Joint