While Full Tilt had lots of Harleys, there were some cool Japanese and British bikes there too.  Mike's Norton is awesome.  I like the yellow/gold he recently added to the tank. 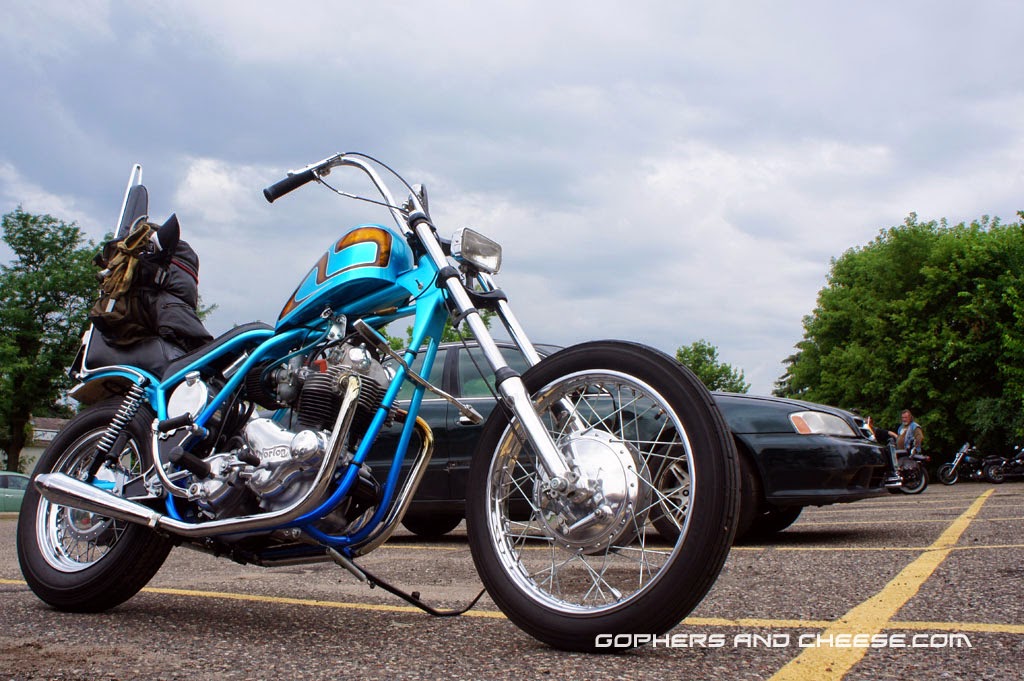 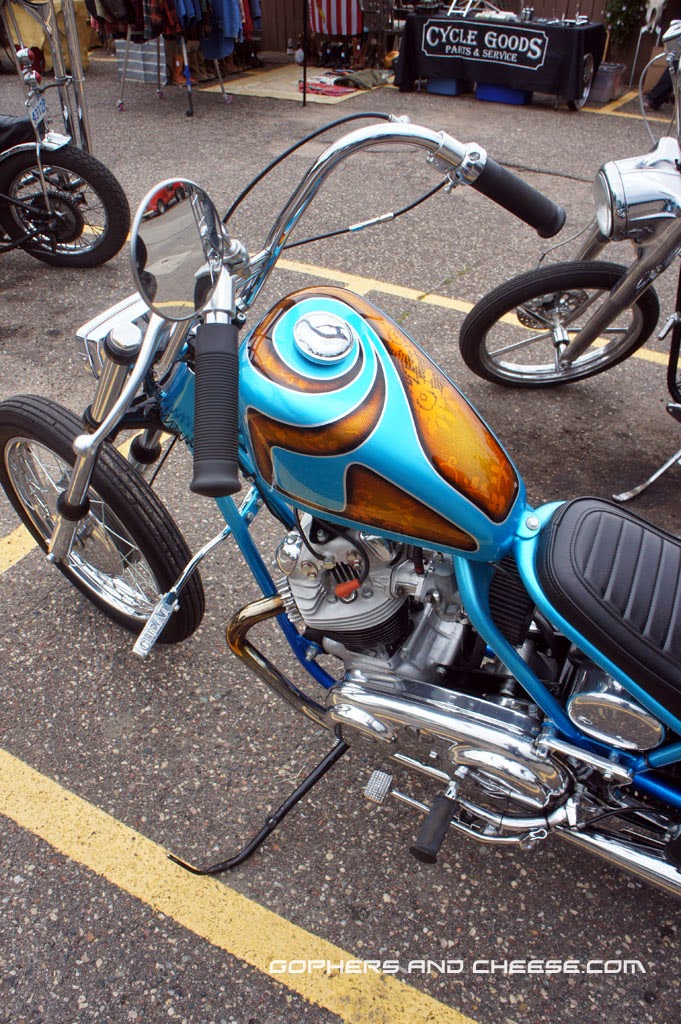 See... the sun did eventually come out: 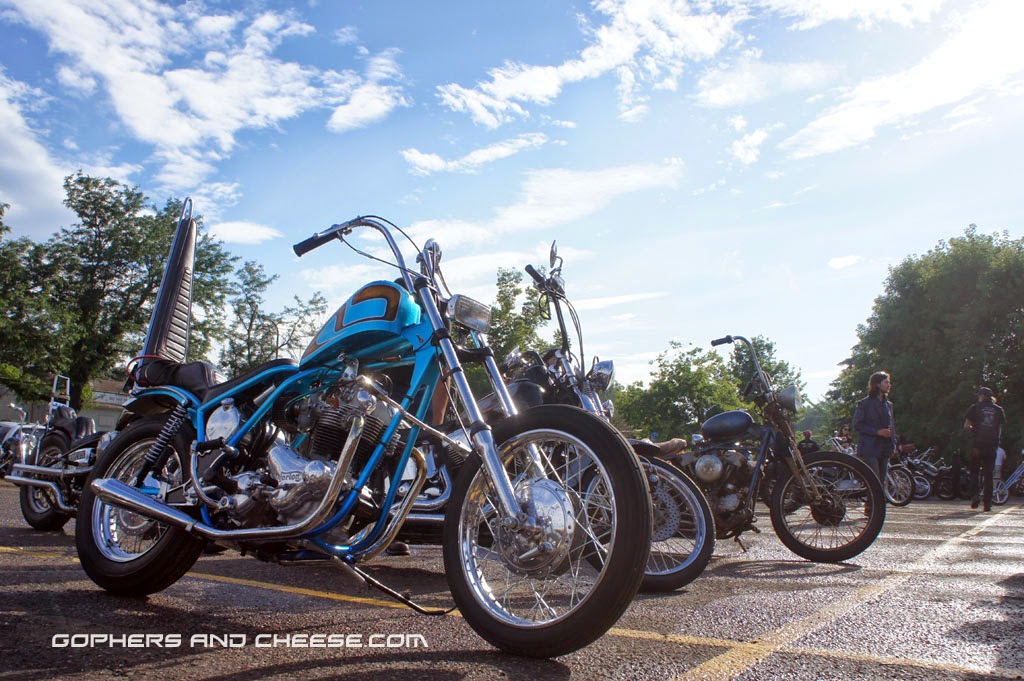 Hardtailed Triumph hiding in the grass: 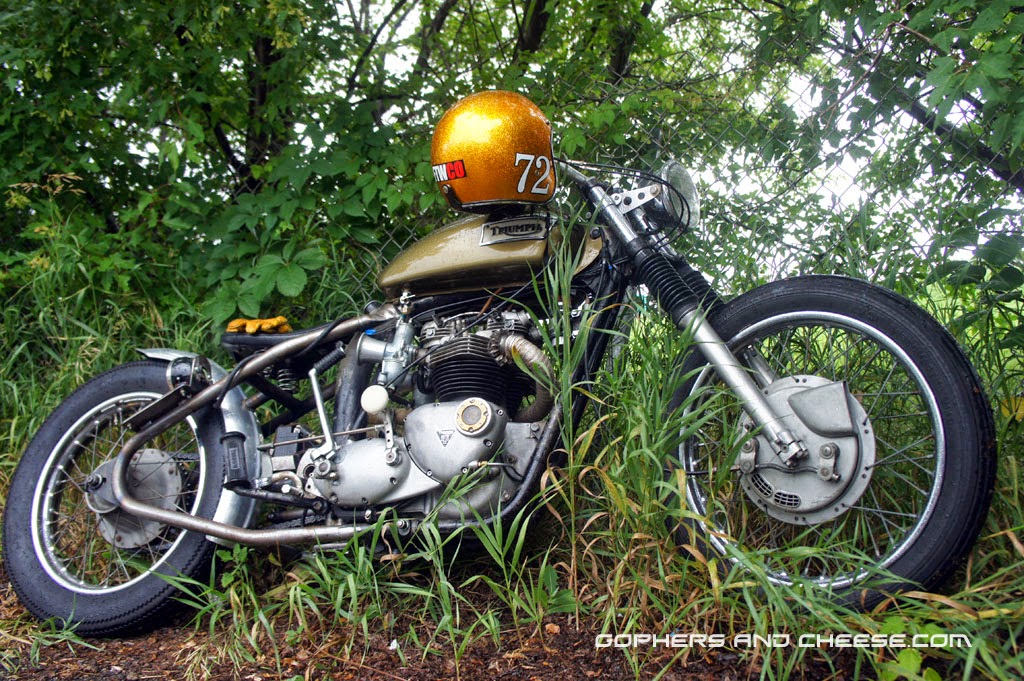 I've been seeing this Triumph at shows for years: 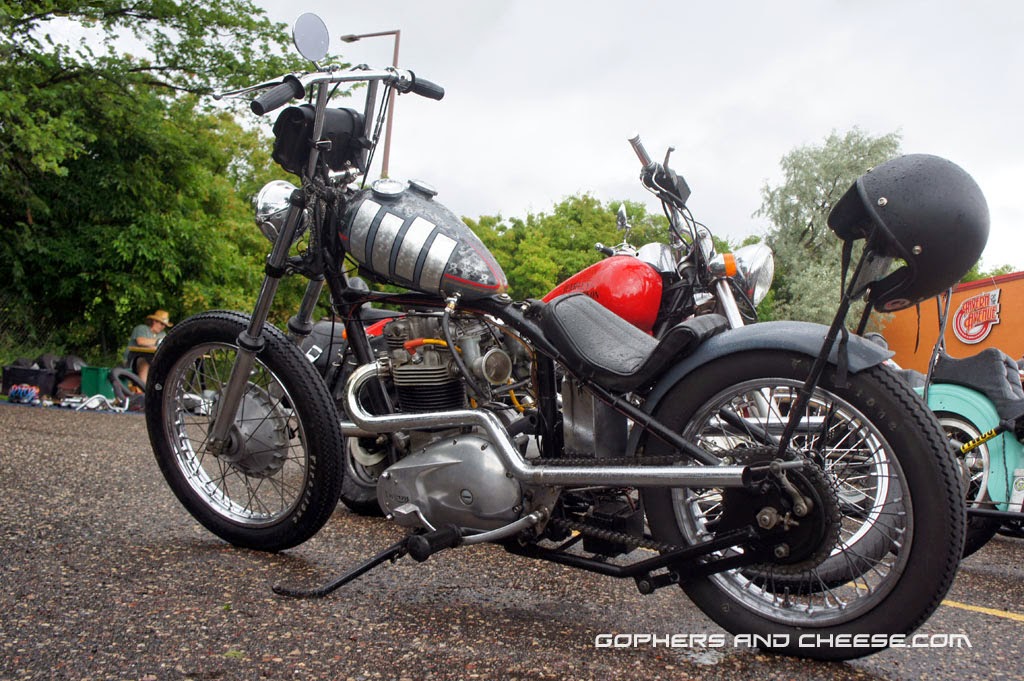 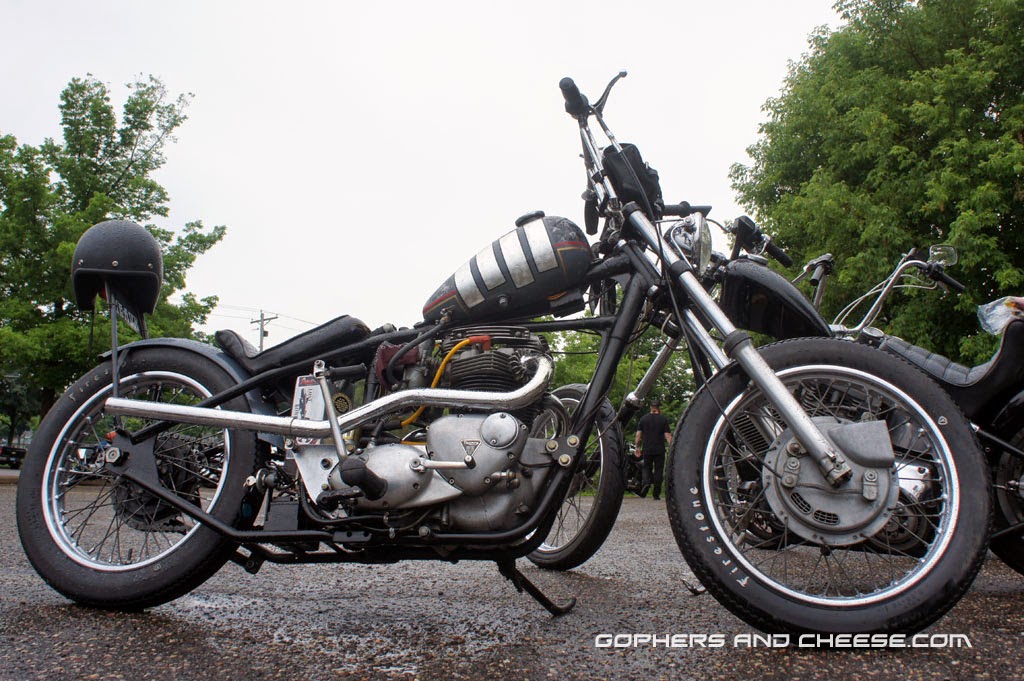 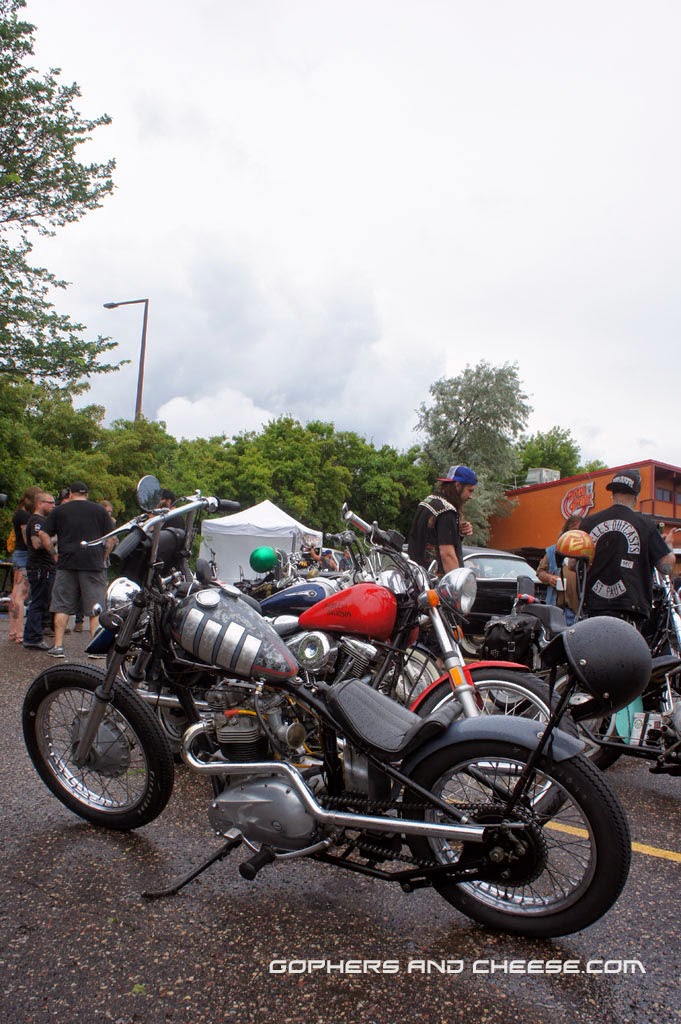 Dan's Royal Enfield was looking good in the rain. 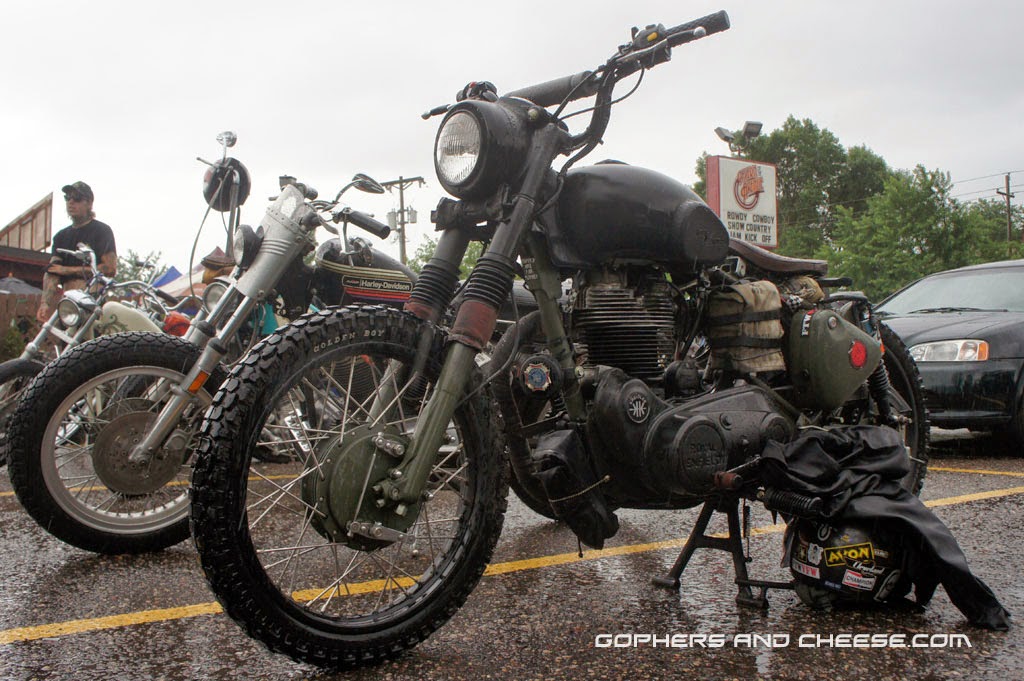 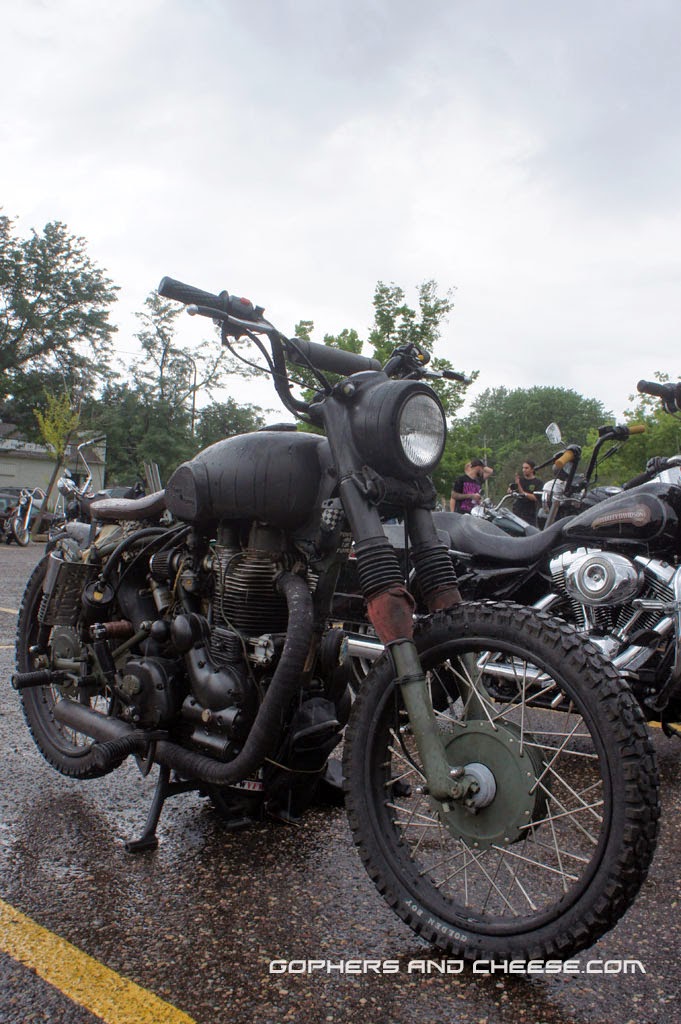 Very cool Yamaha.  I saw this bike at the Rockers Spring Social (yes, I'll post photos eventually) and the skateboard wheel taillight stood out along with a bunch of other custom parts. 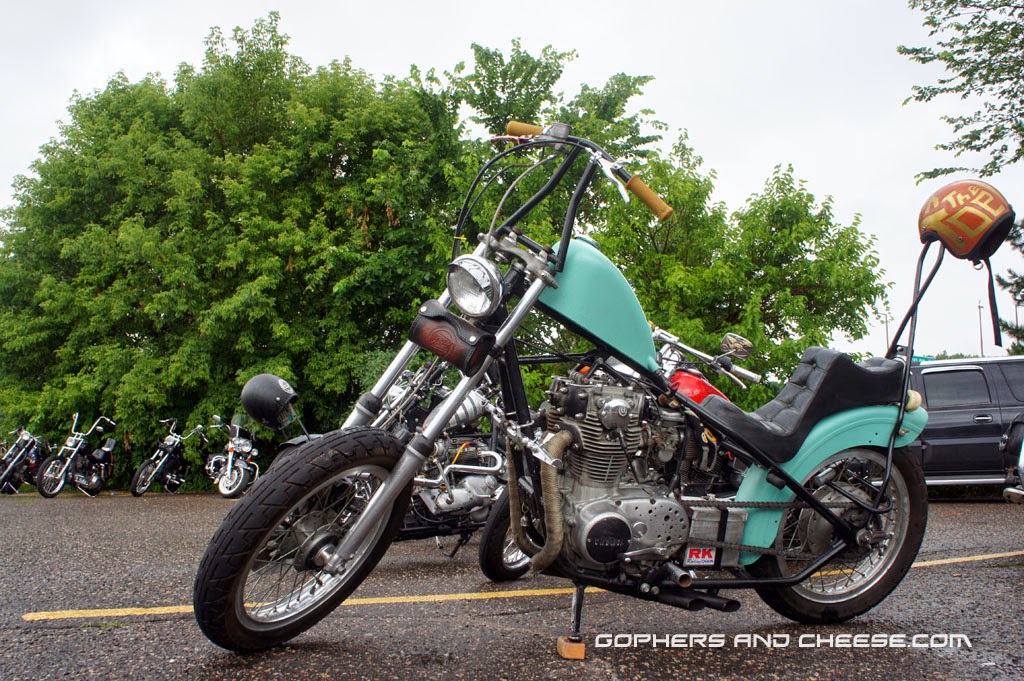 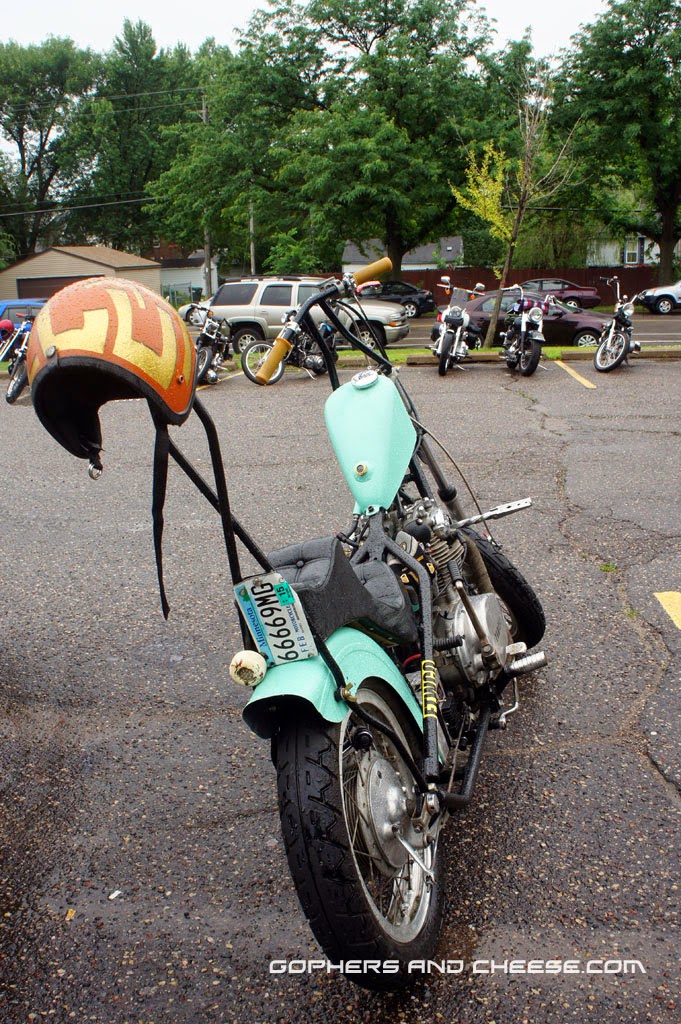 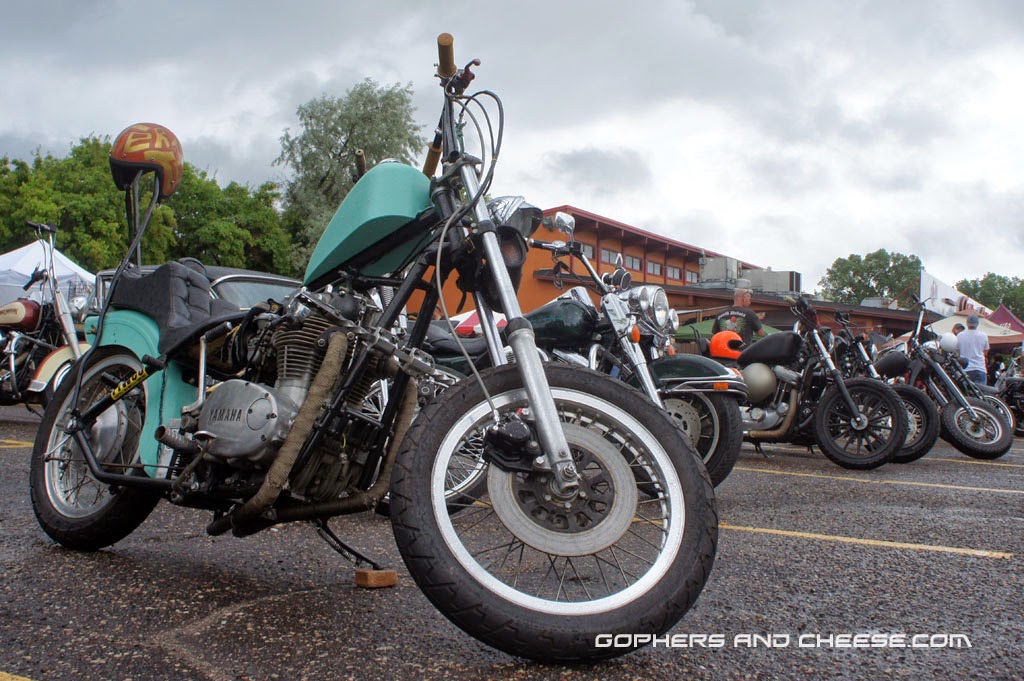 The orange bike next to it was pretty cool too. 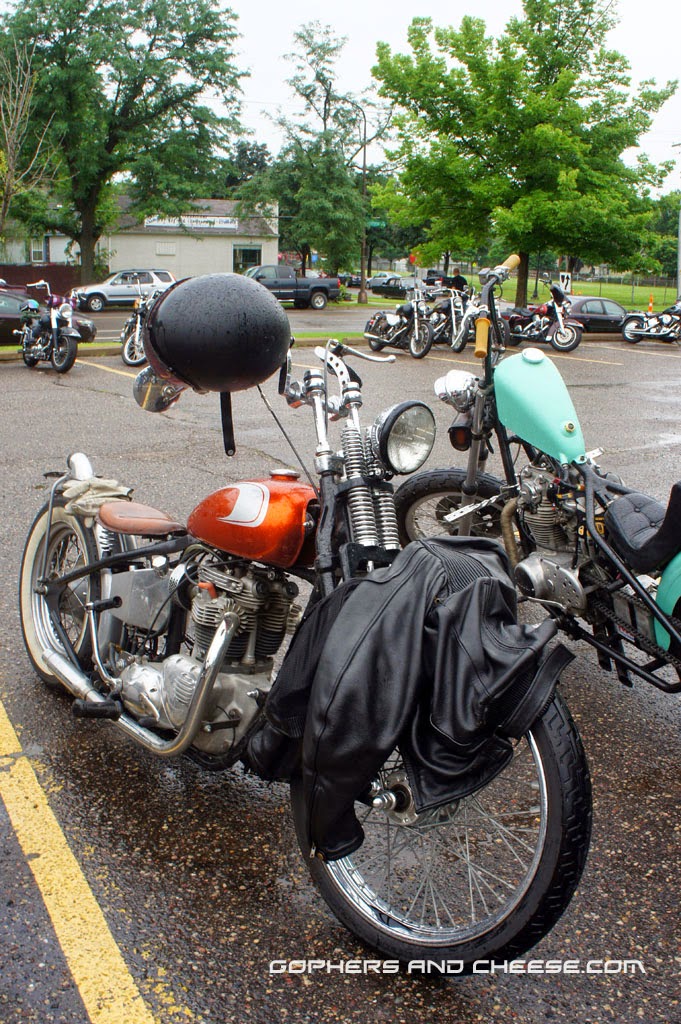 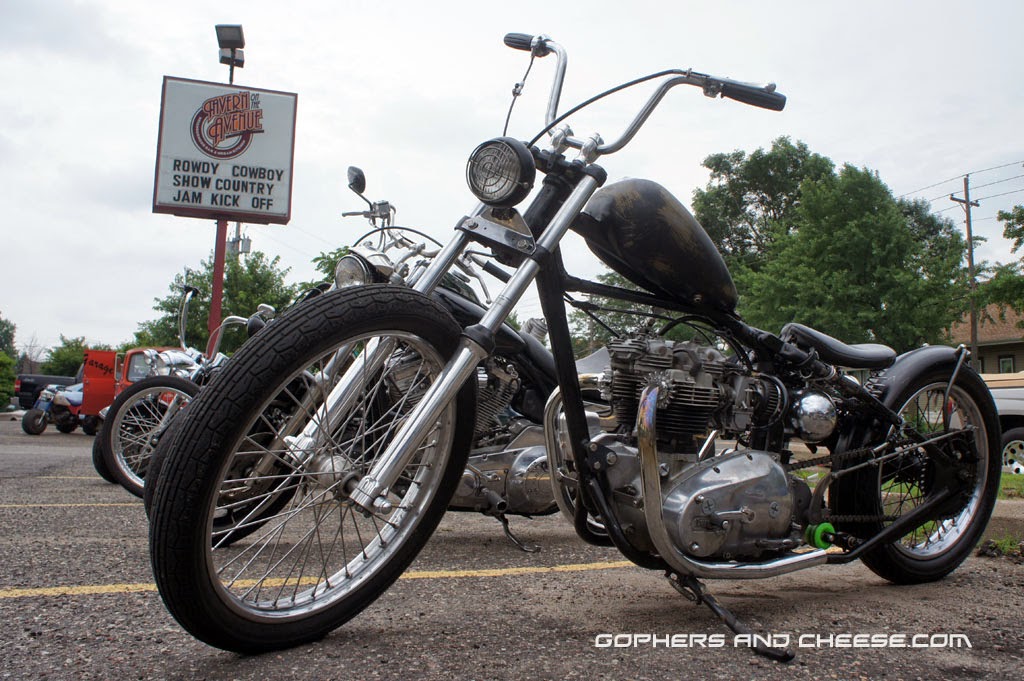 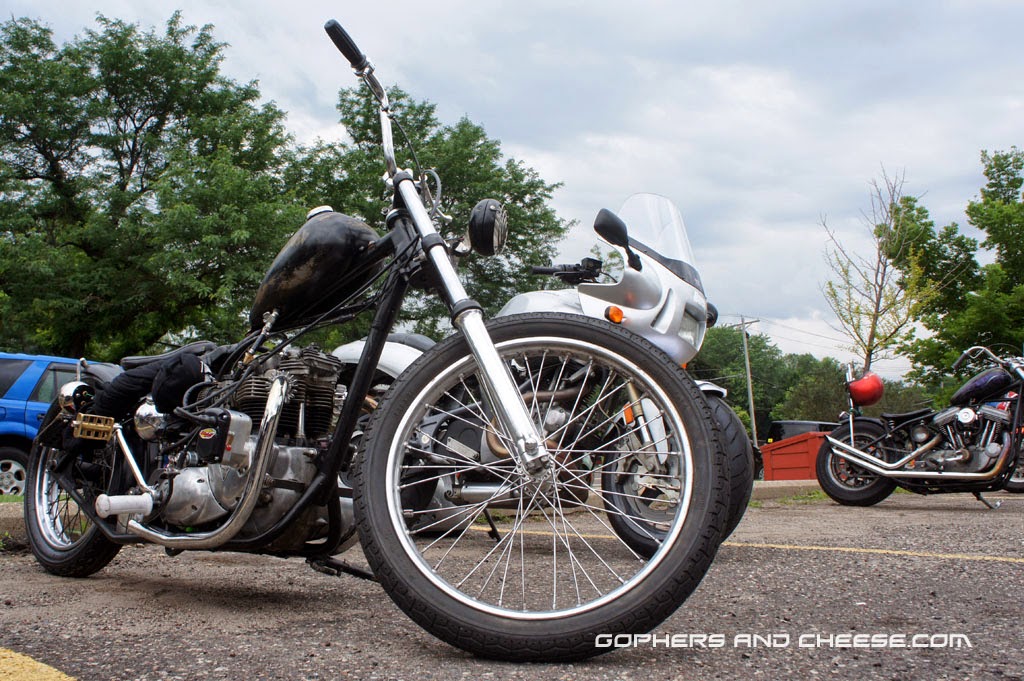 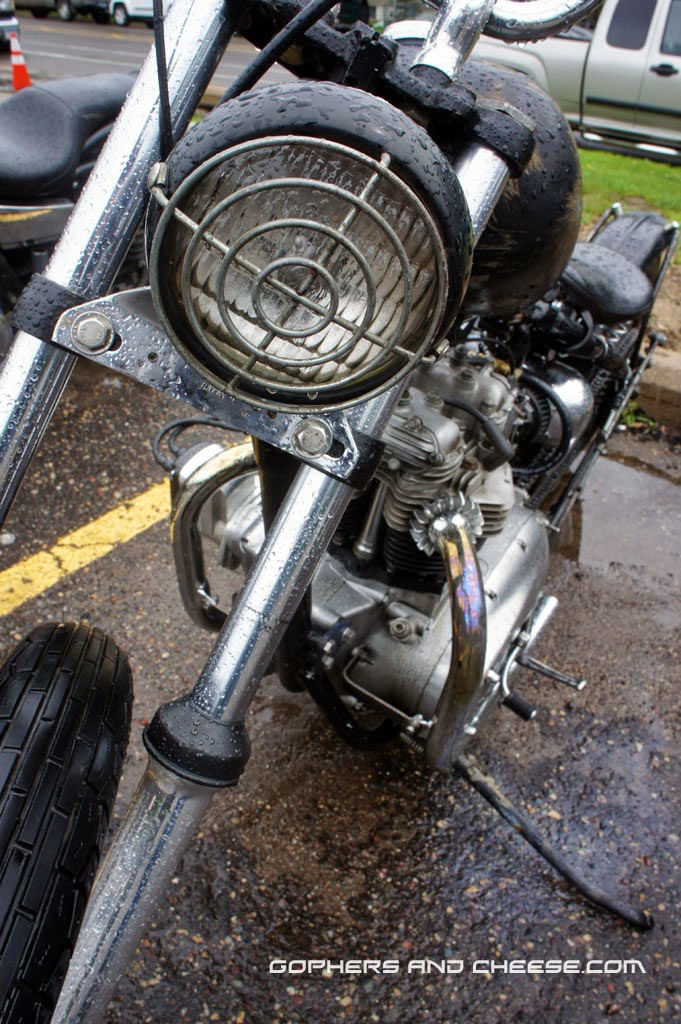 It's too small to read in the photo but I liked the sticker on this bike that said "Zero to Sixty 3 to 4 minutes." 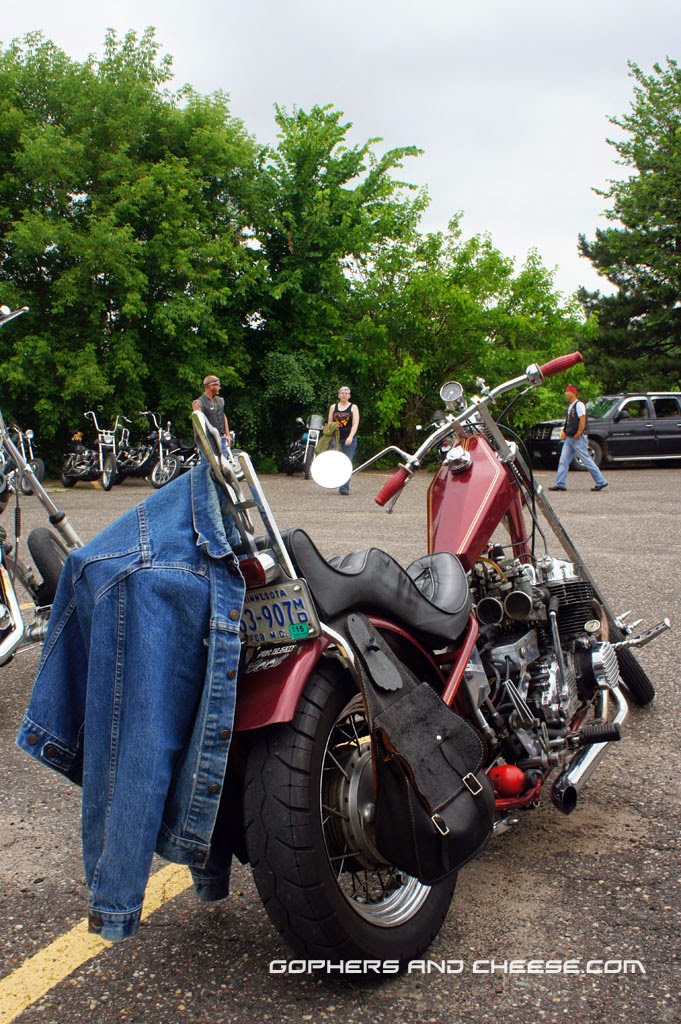 Over 50 photos left and they're all Sportsters...