There were at least half a dozen panheads at Full Tilt 4 in addition to Tom Fugle's mind-blowing one.  I really like Pete's bike and wish I had taken a few more photos of it but I got a few good ones a few days earlier at Rumble on the Deck [blog post].  Like Tom, Pete built this bike for Born Free.  Yes, I realize these two photos are nearly identical but the one on the bottom proves the sun actually did eventually come out. 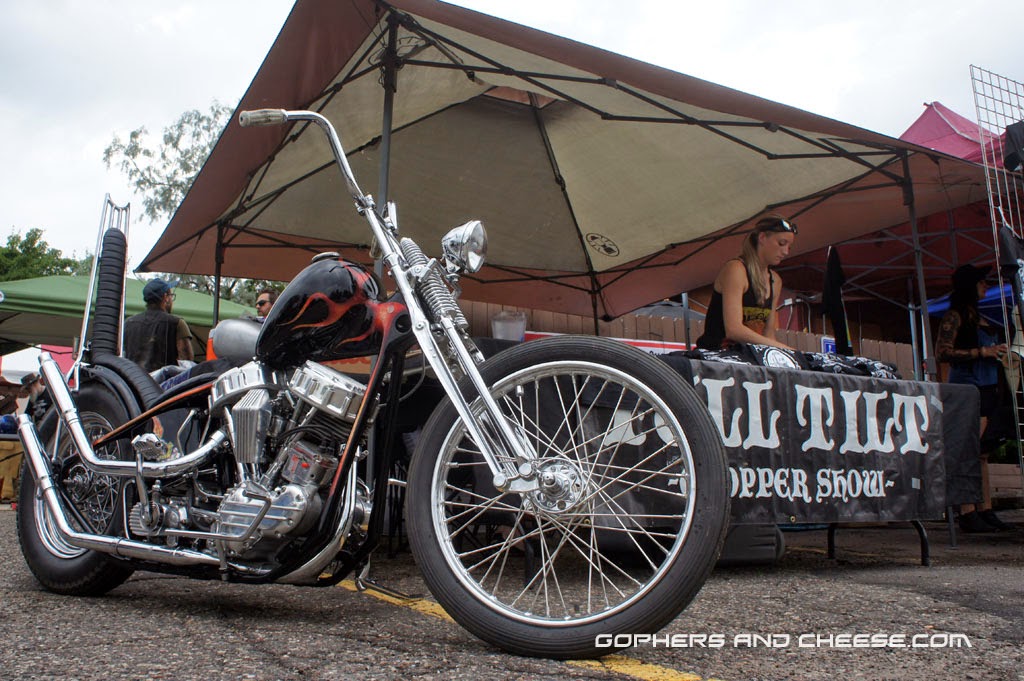 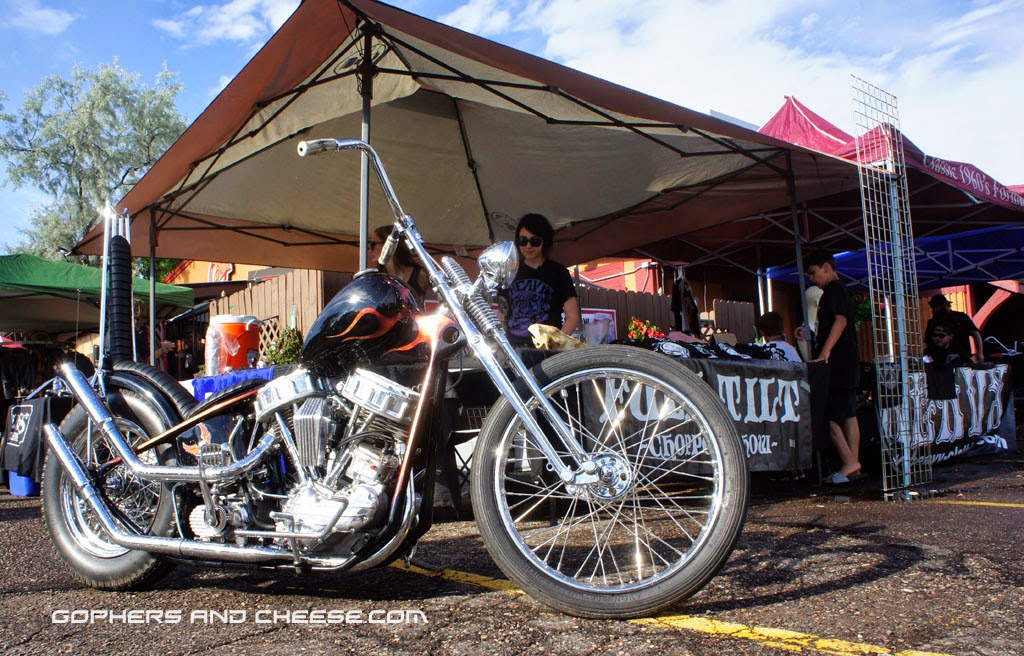 The paint on Pete's bike was done by Flying Weasel.  Not only does he do great work but his van is awesome. 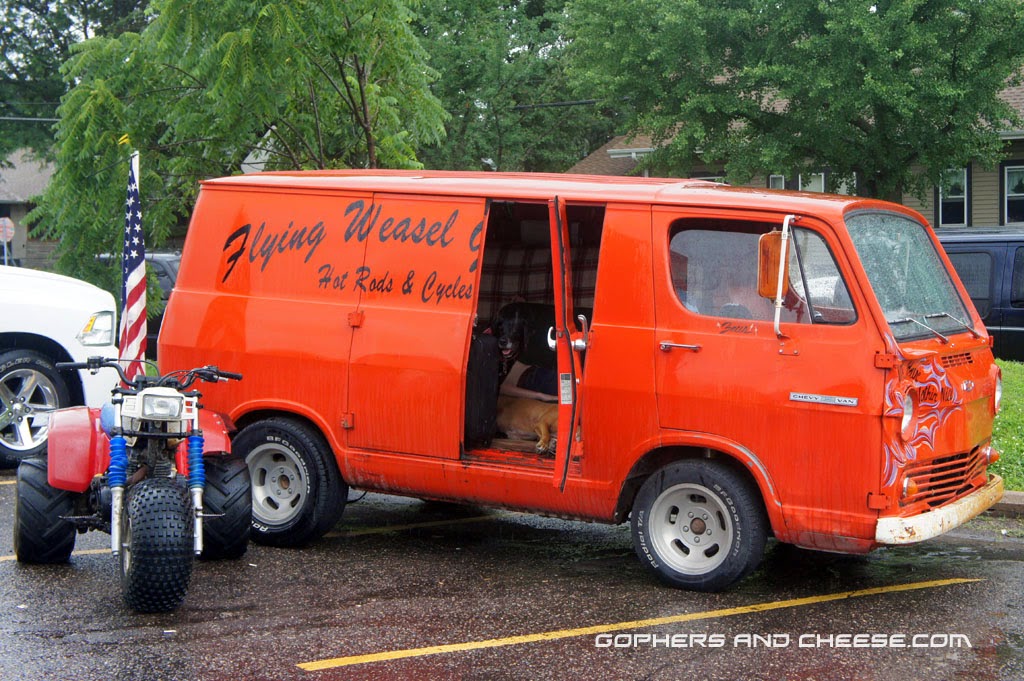 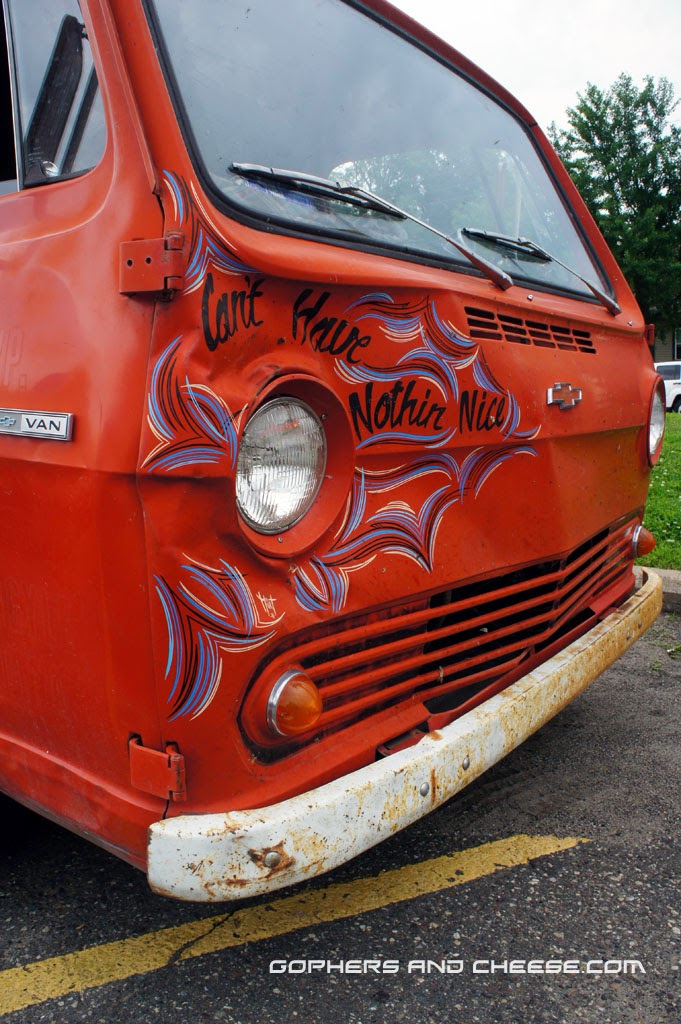 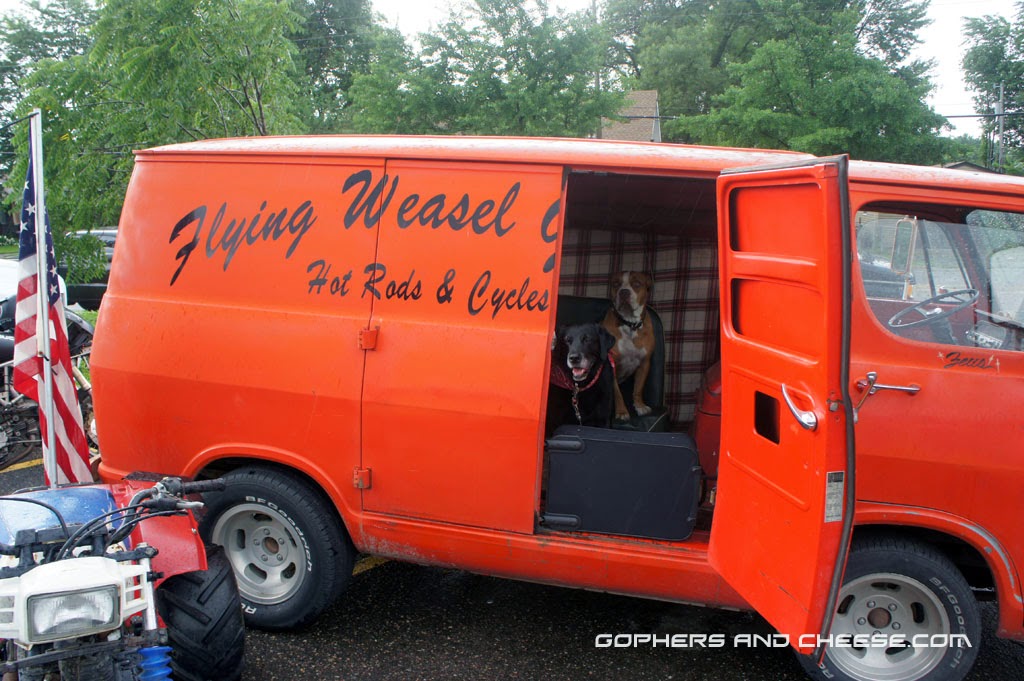 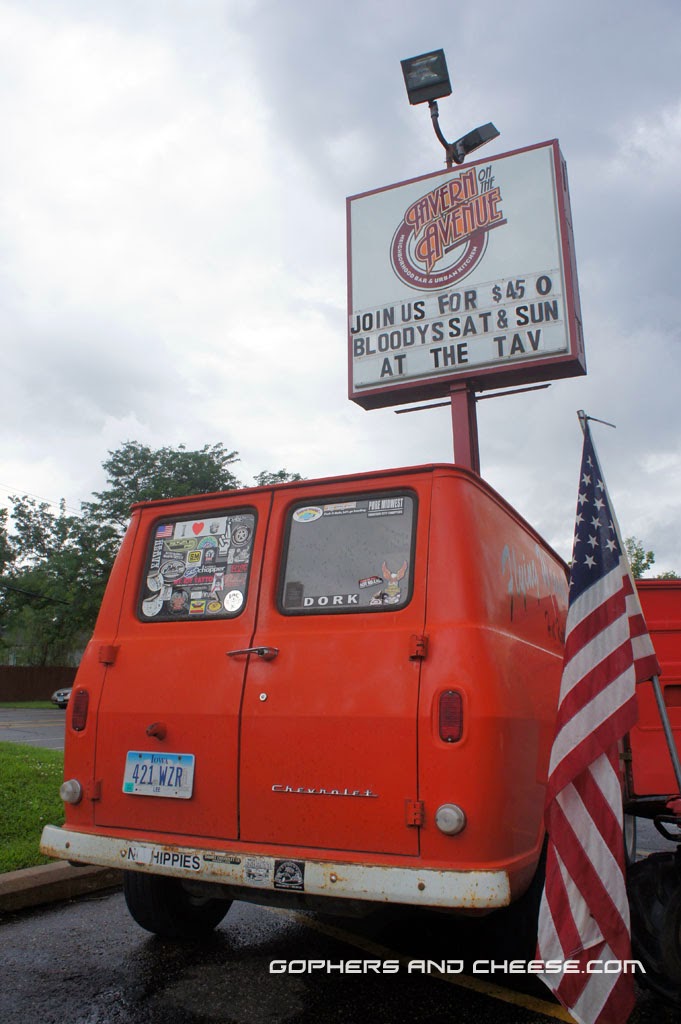 Back to the panheads... This is Pete's brother Joe's bike.  This bike has gone through a lot of changes over the past few years (I see it at shows a lot) but it continues to be a favorite of mine. 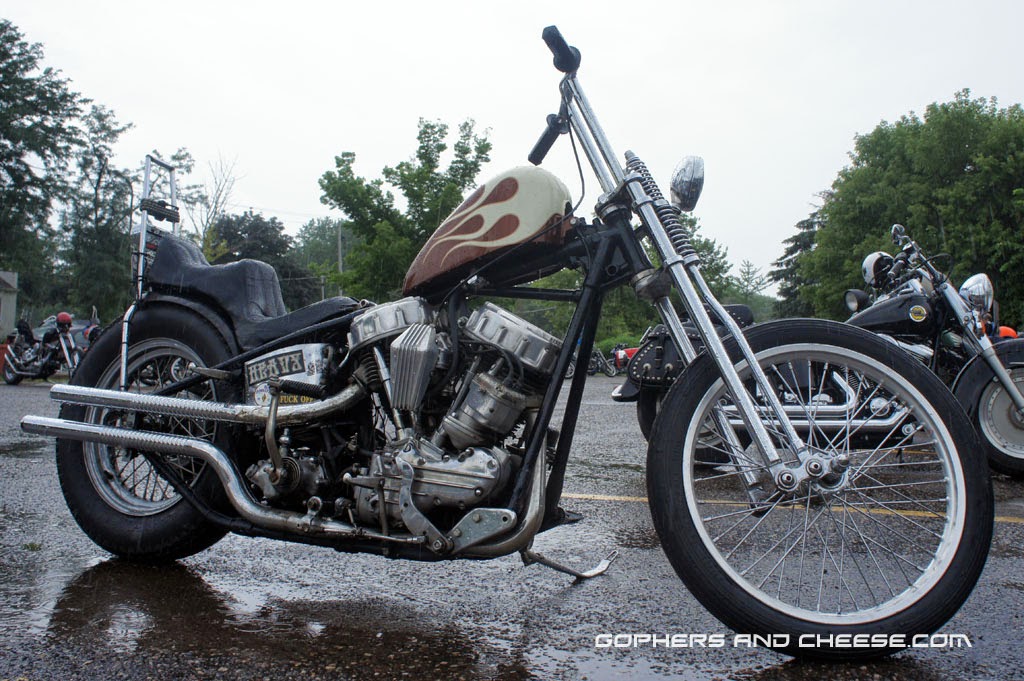 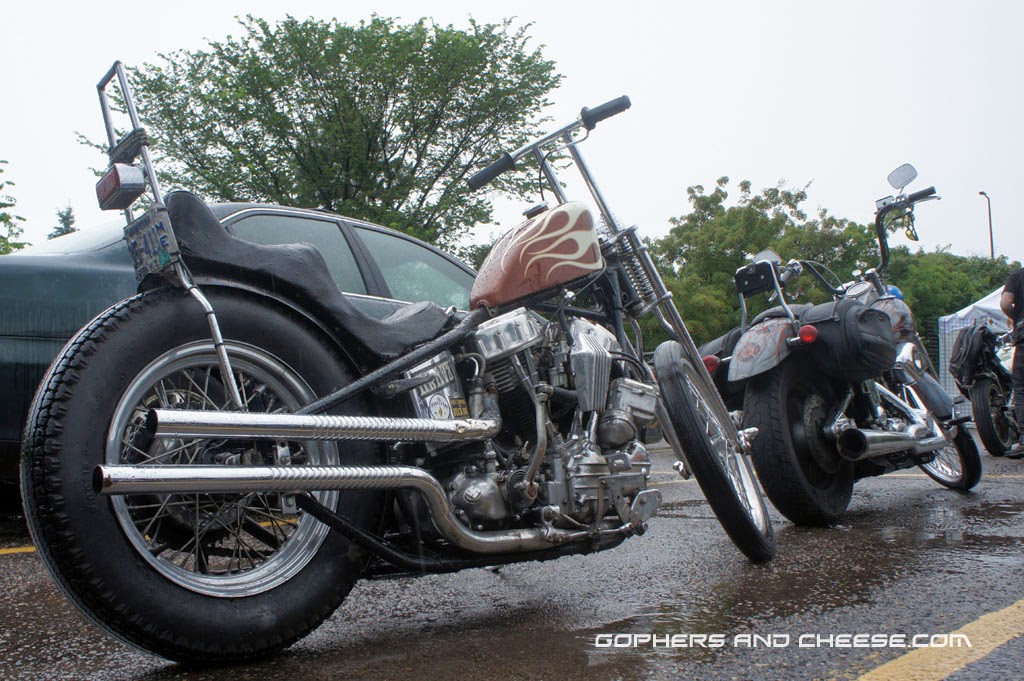 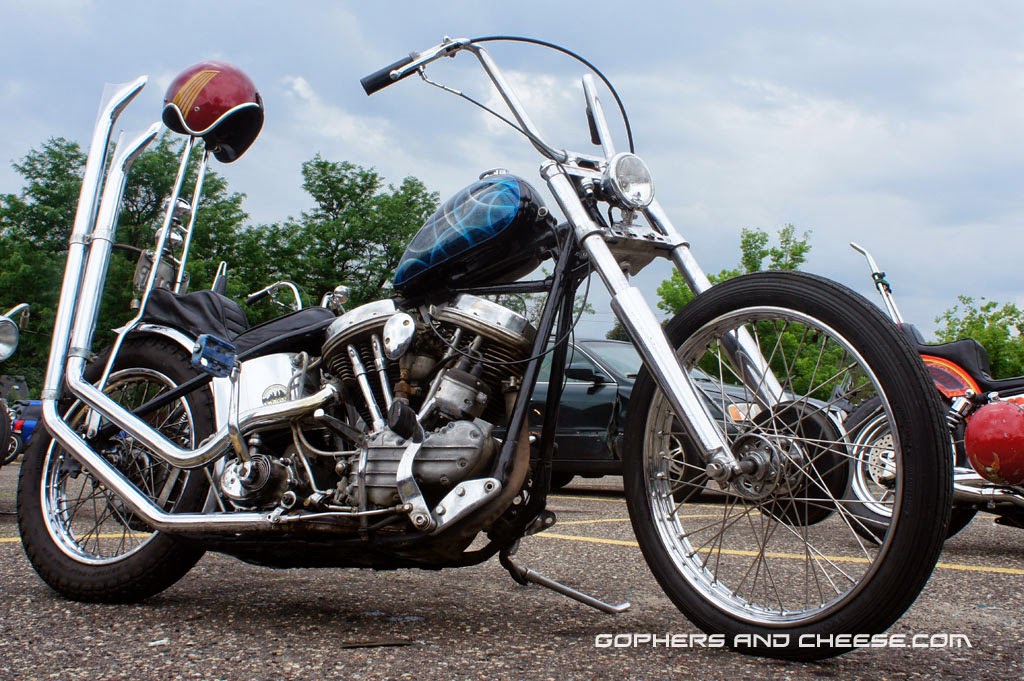 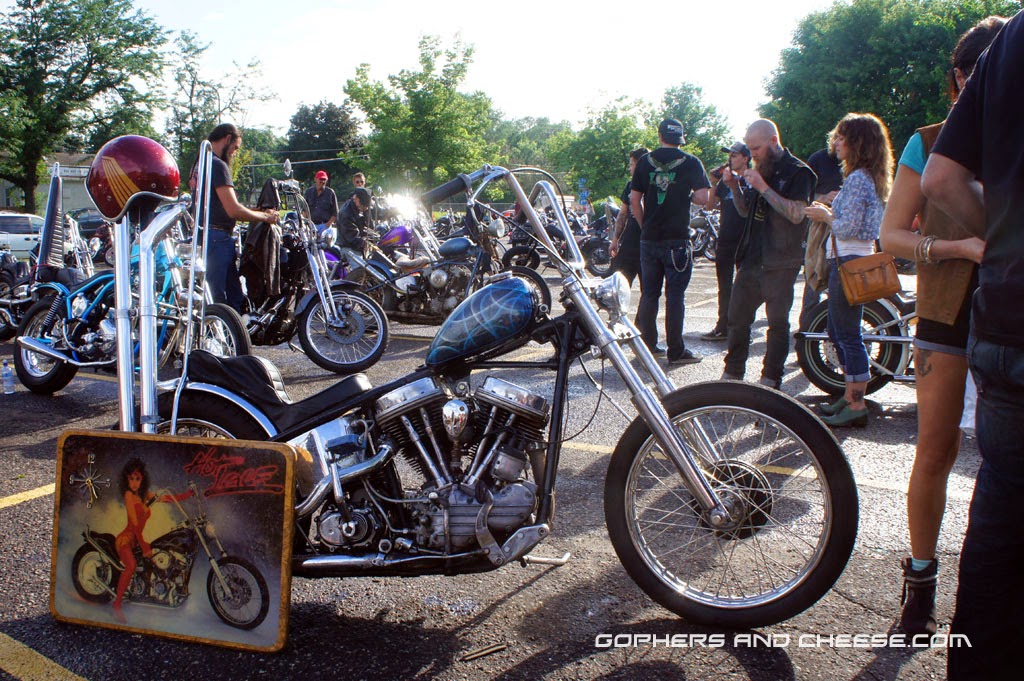 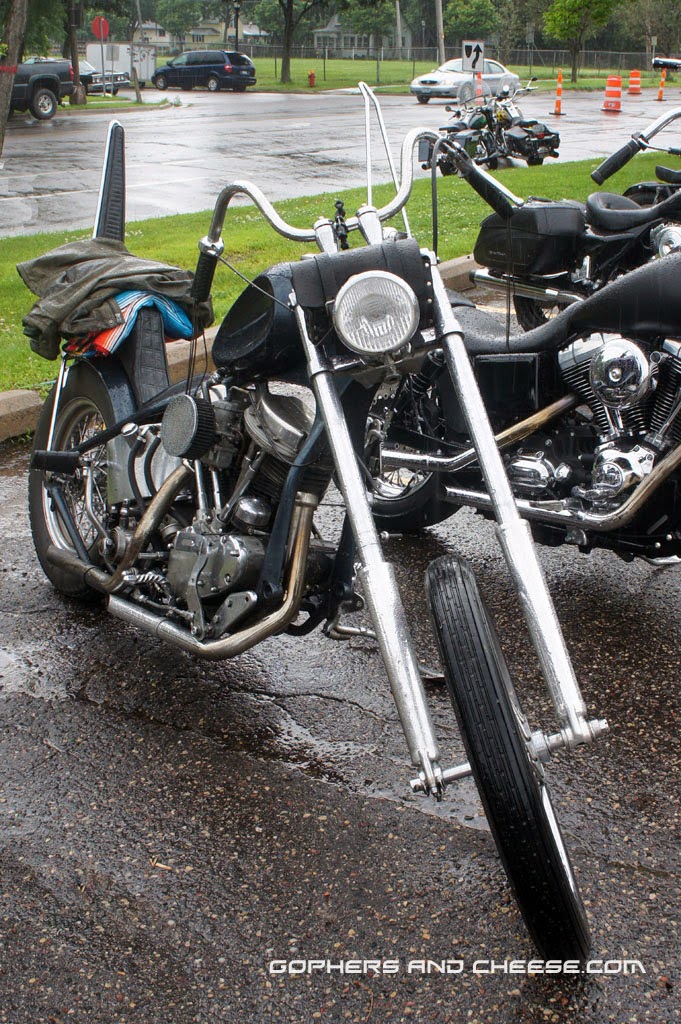 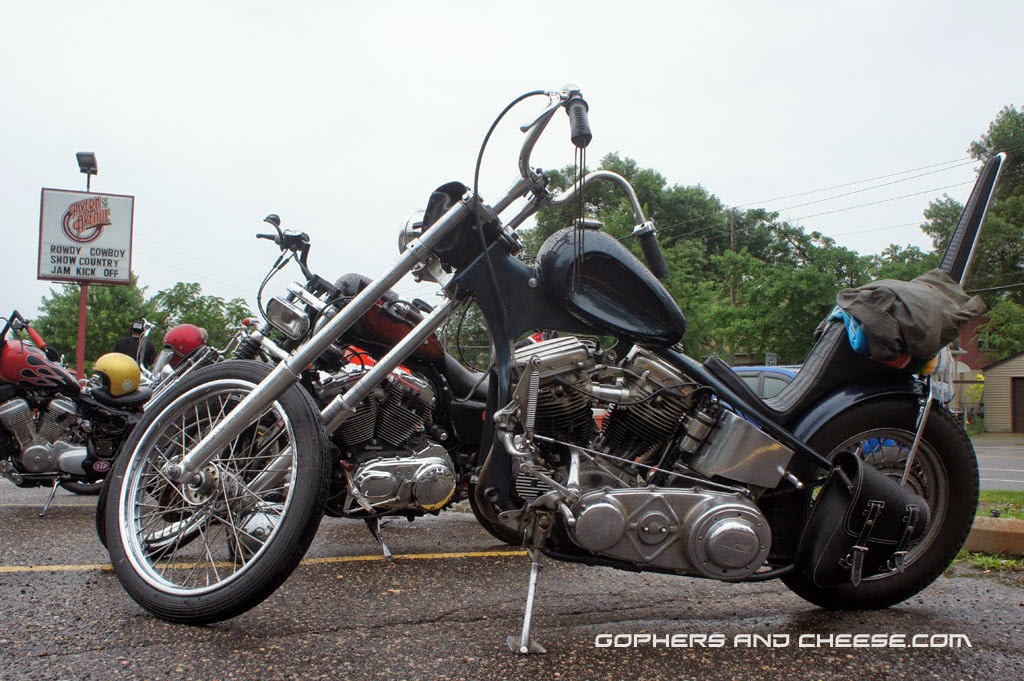 I was parked next to this panhead last year at the Bearded Lady. 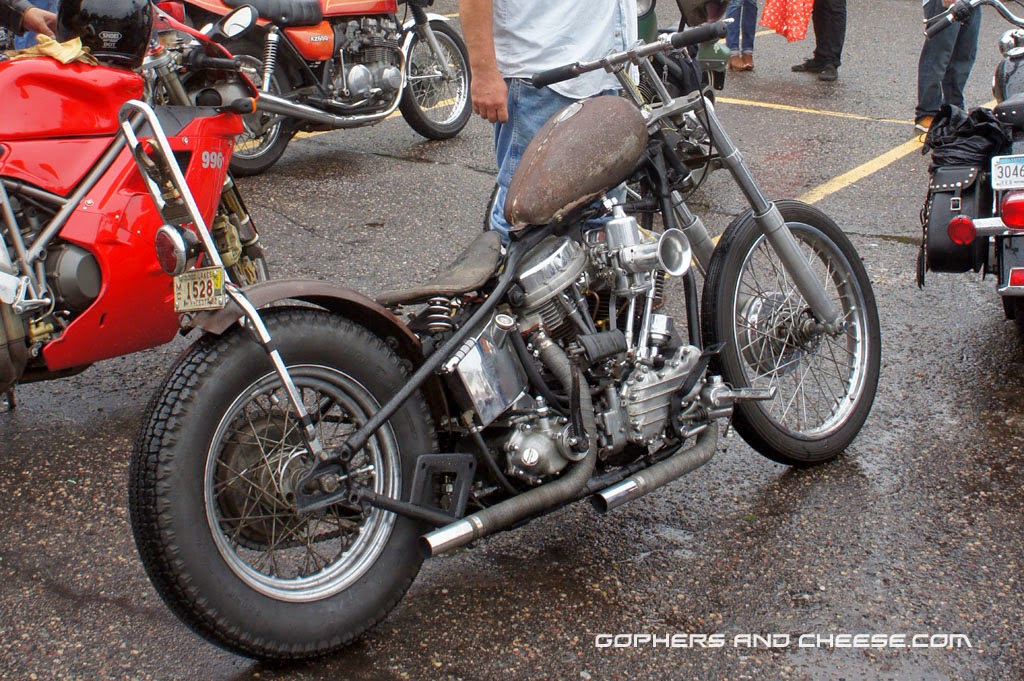 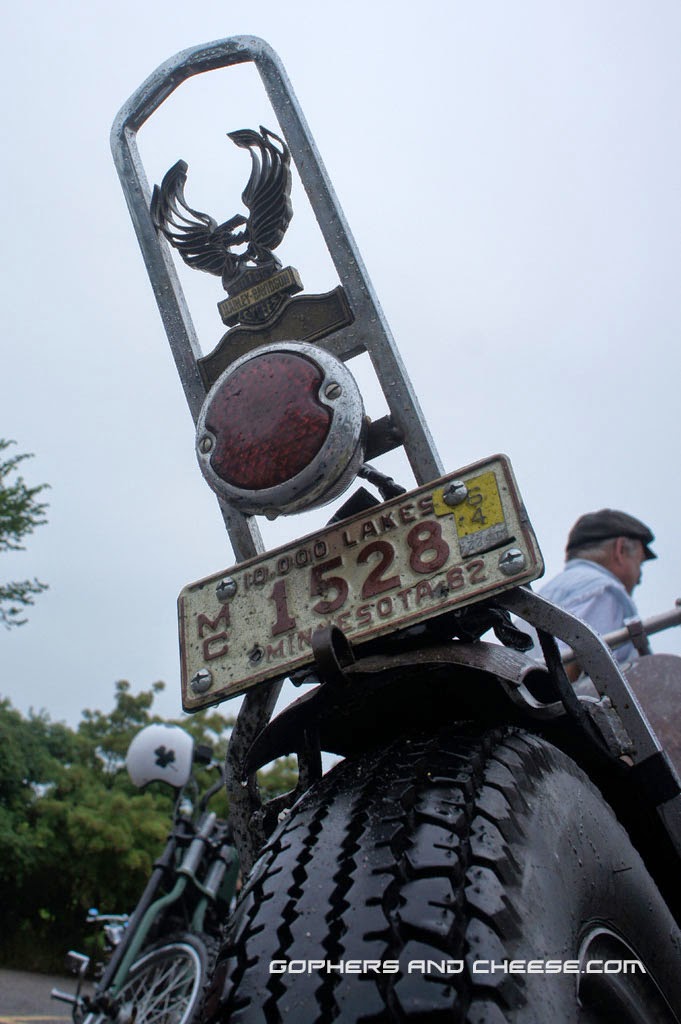 Plum Crazy arrived late and I think it won some sort of award too.  You have to love the improvised soda can rain guard around the intake. 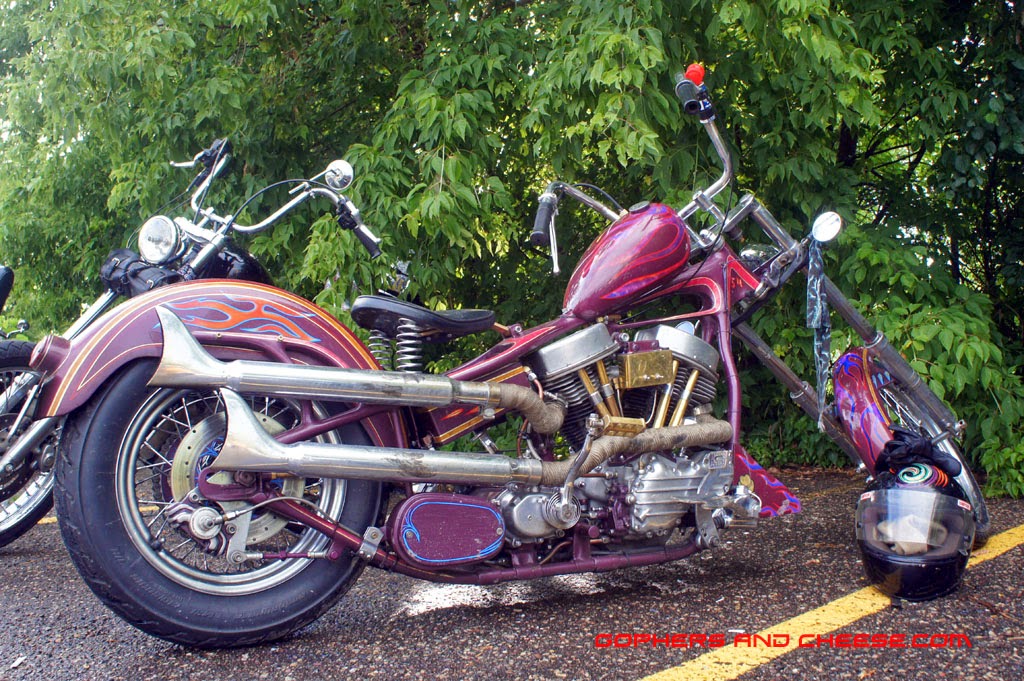 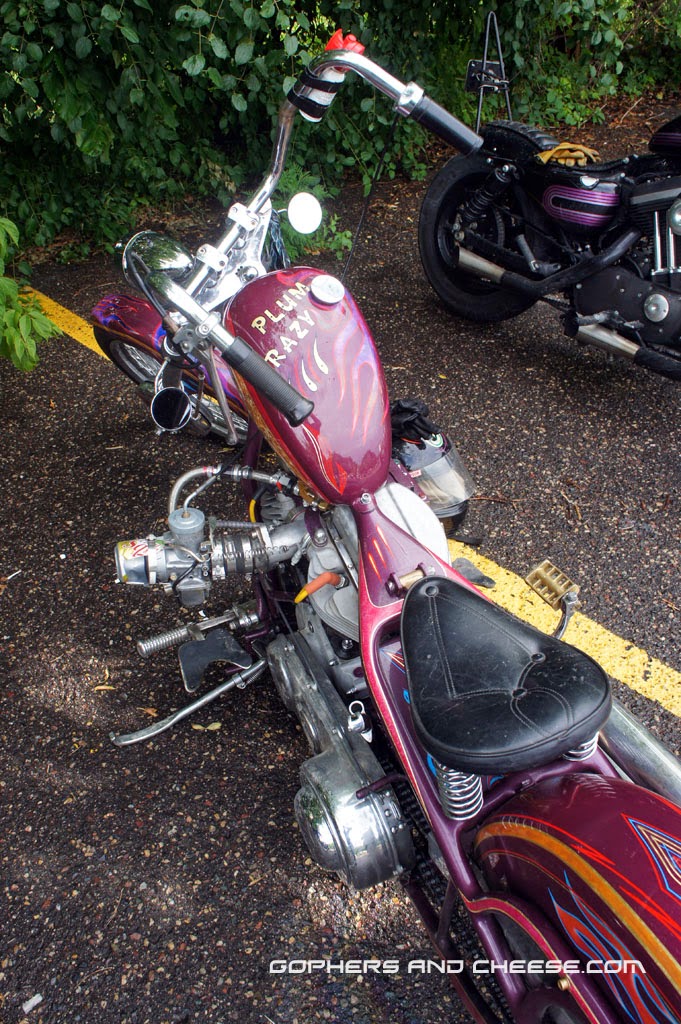 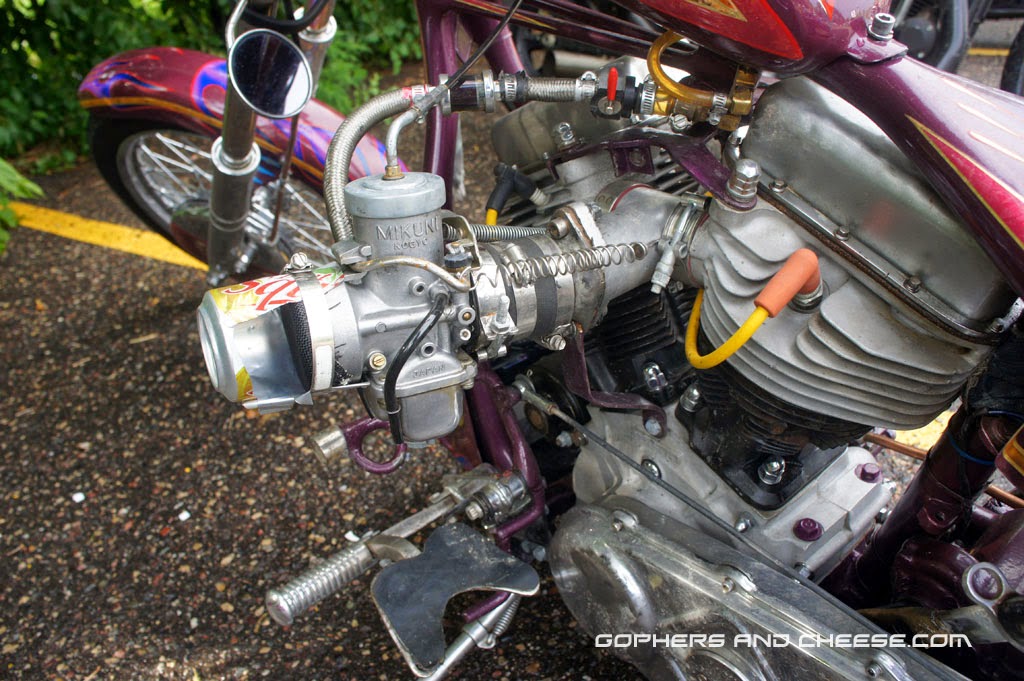 Hmmm... I've covered flatheads, knuckleheads, and panheads, so what comes next?