This past Saturday, the 4th annual Full Tilt Boogie Chopper Show was held at Tavern on the Avenue in St Paul.  The show is organized by the guys at Heavy and every year has been awesome.  The weather didn't cooperate this time, but there was still an outstanding array of bikes to look at.  I arrived early and left late so I didn't have to ride through the rain but it rained most of the time I was there.  Lots of people were walking around soaked but everyone seemed to be having a good time. 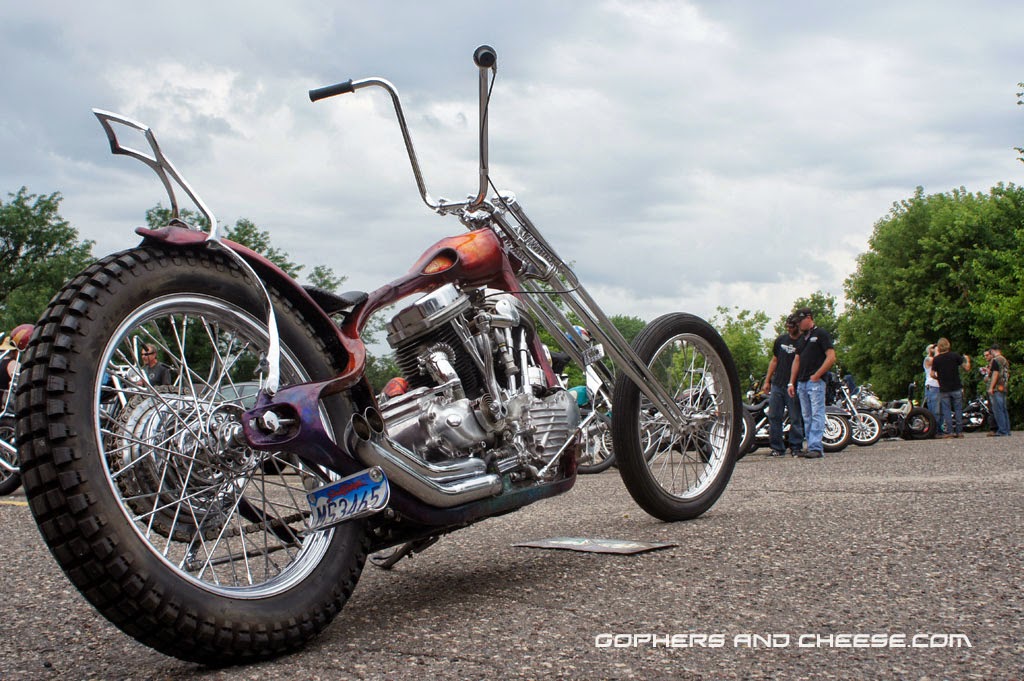 By far, the most amazing bike there was Tom Fugle's panhead he called Double Diamond.  He built it for Born Free 6.  When posting lots of photos from shows, I often save my favorite bike for last but this one is too good not to share first. 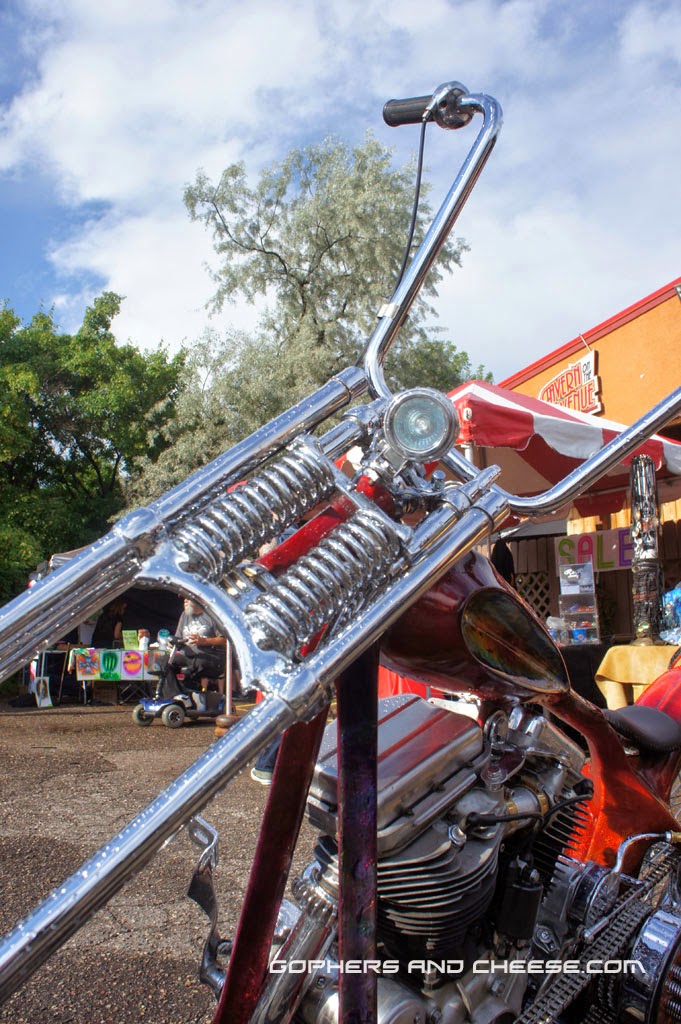 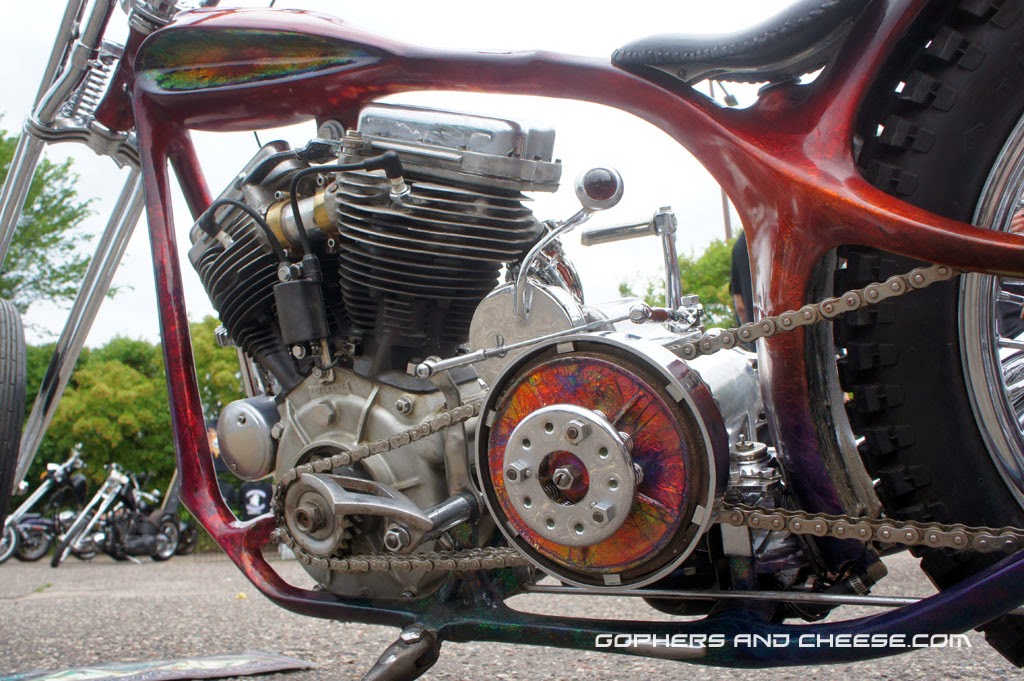 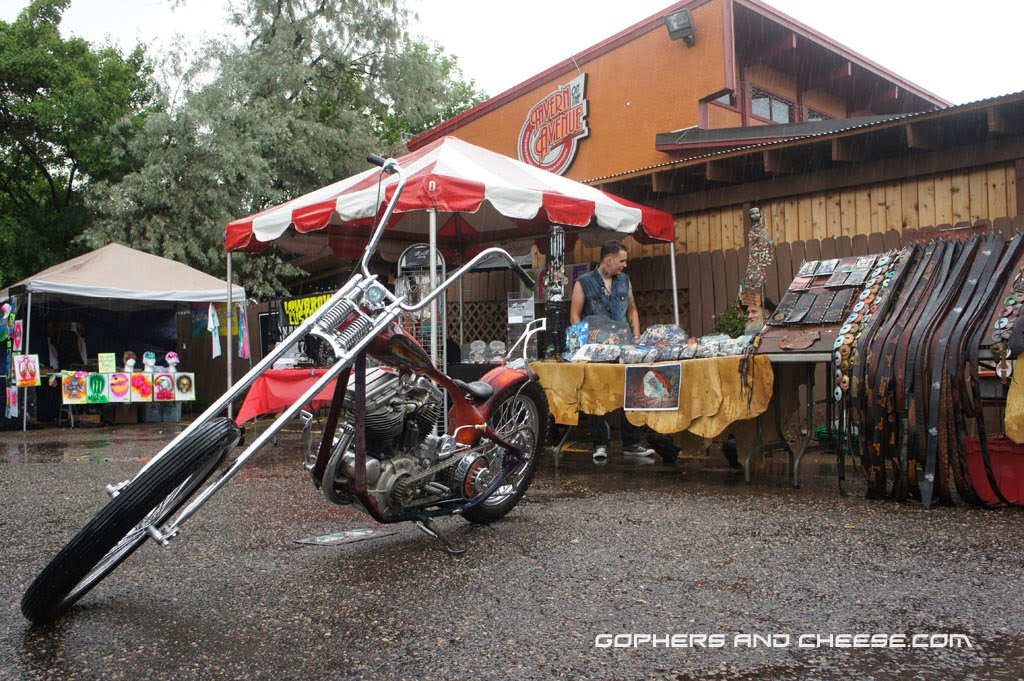 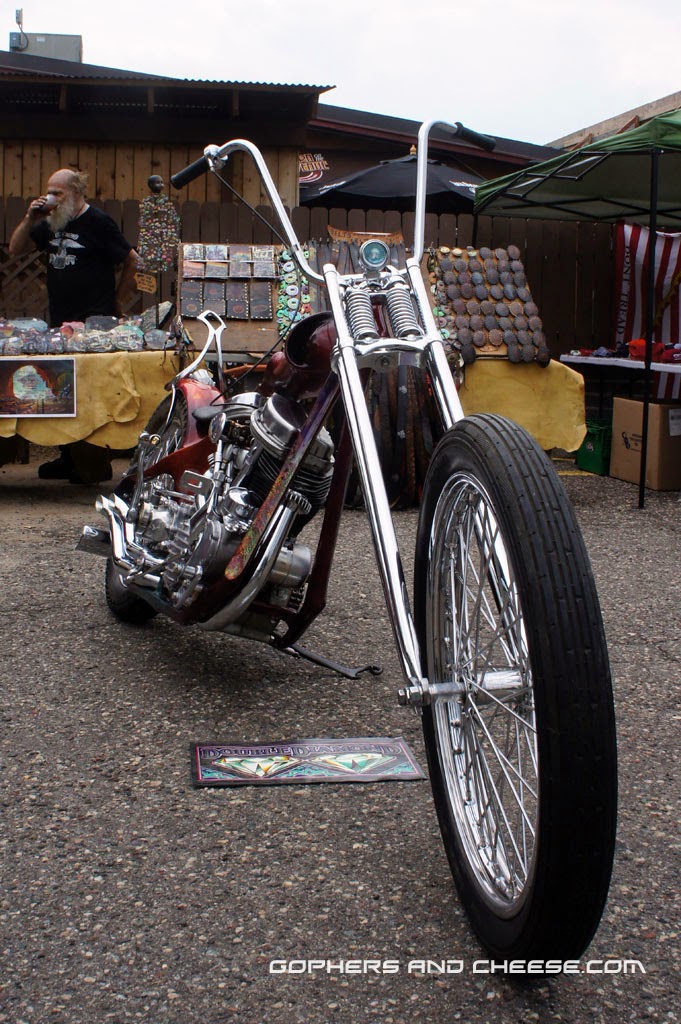 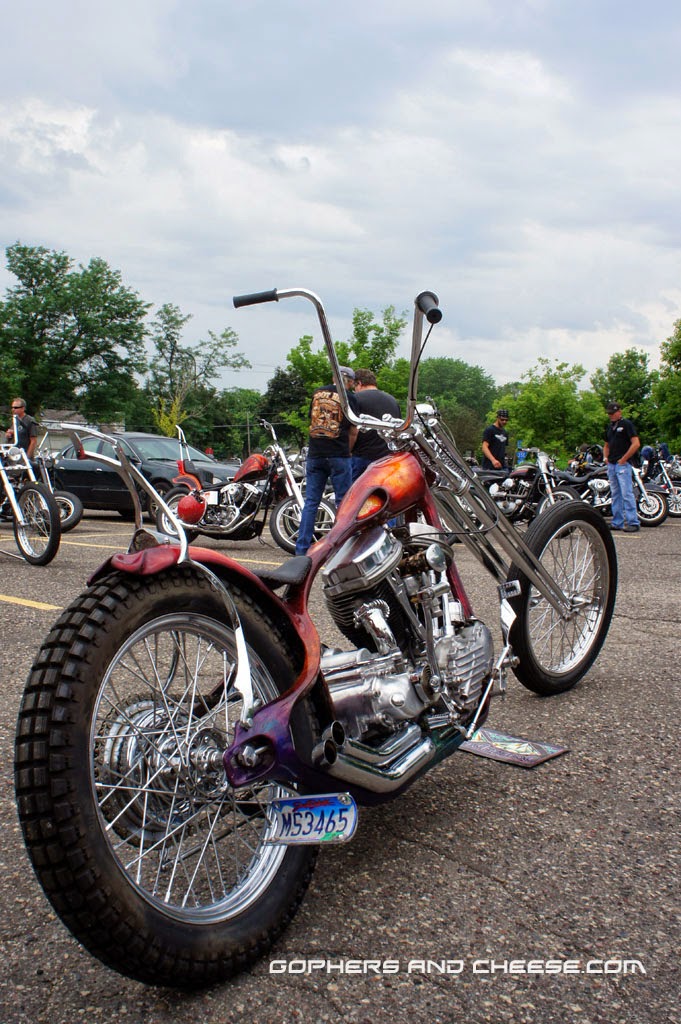 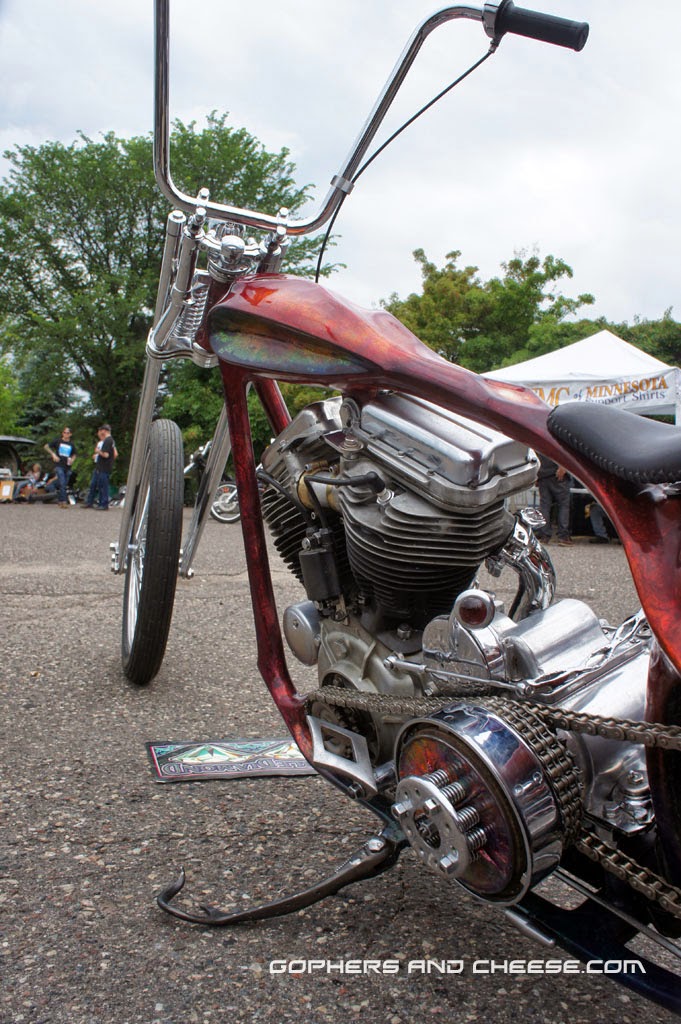 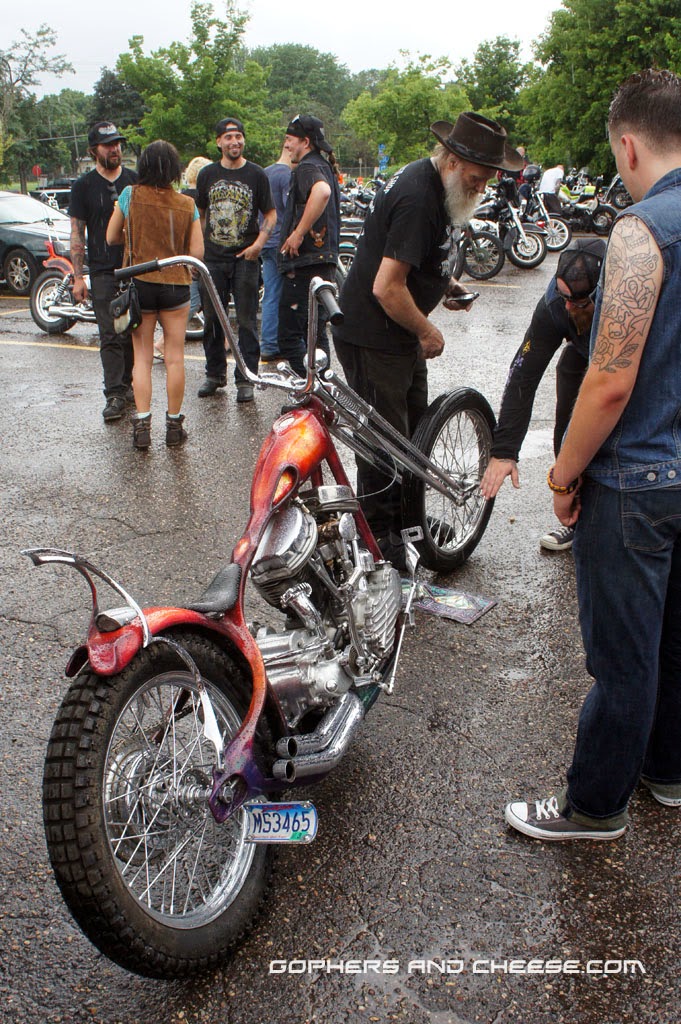 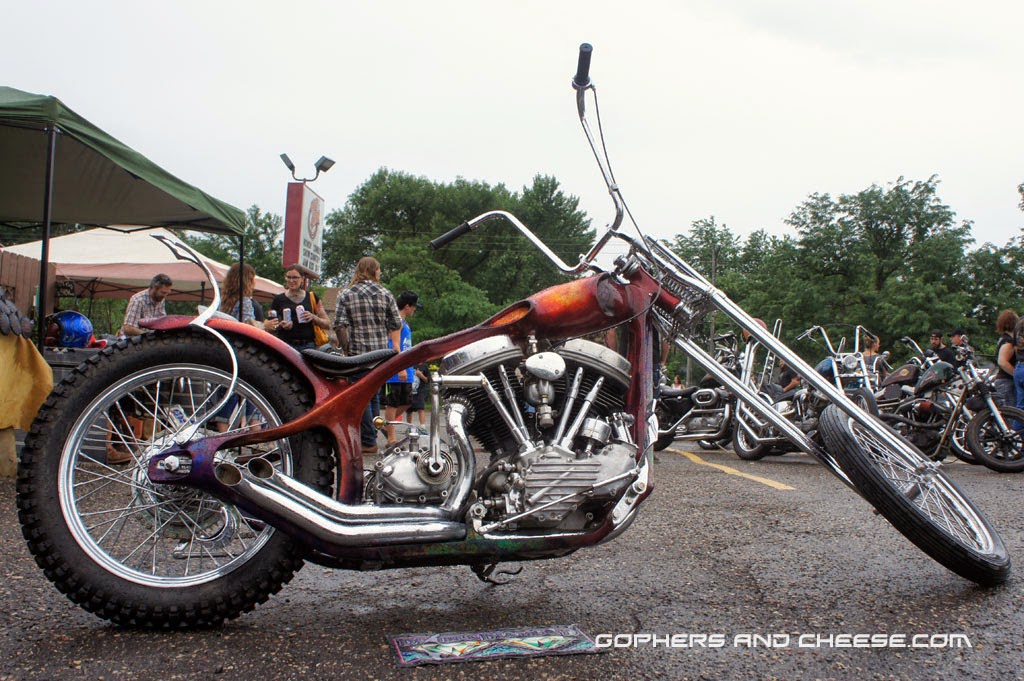 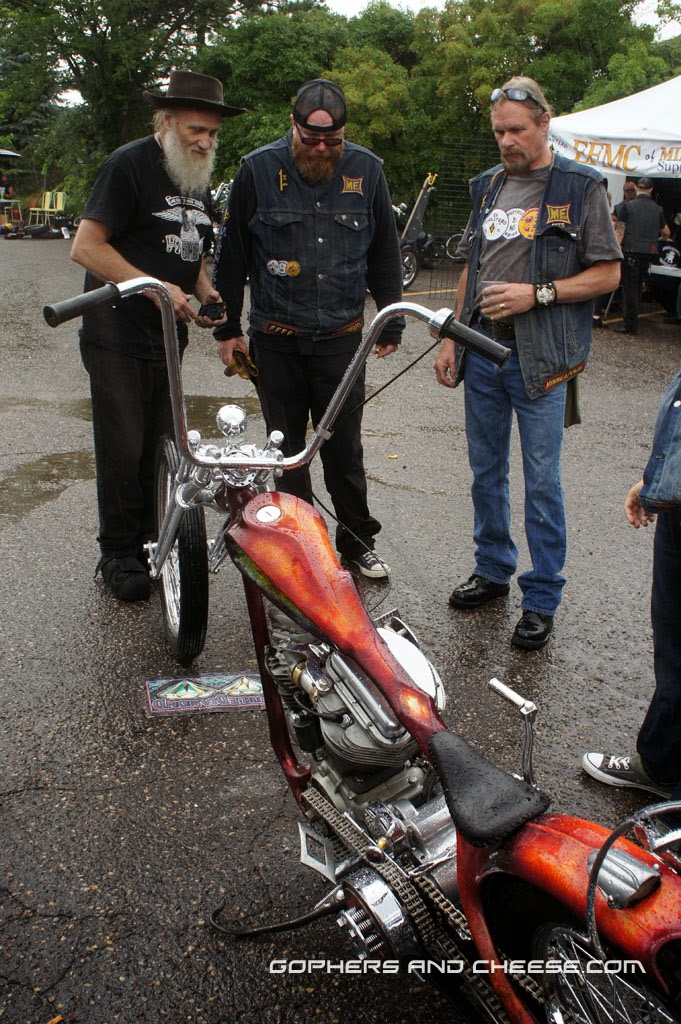 In case you're not familiar with Tom, watch his Born Free 6 profile for a little about him and the bike he built:

The more you stare at the bike, the more detail you will see including things like the oil tank built into in the rear fender.  The frame looks like it's made from melted wax, not steel.  Tom seemed to squeeze parts into impossibly tight spaces like the way he routed the pipes.  He also makes the paint himself and photos simply don't do it justice.  It really has to be seen in person in sunlight to be fully appreciated. 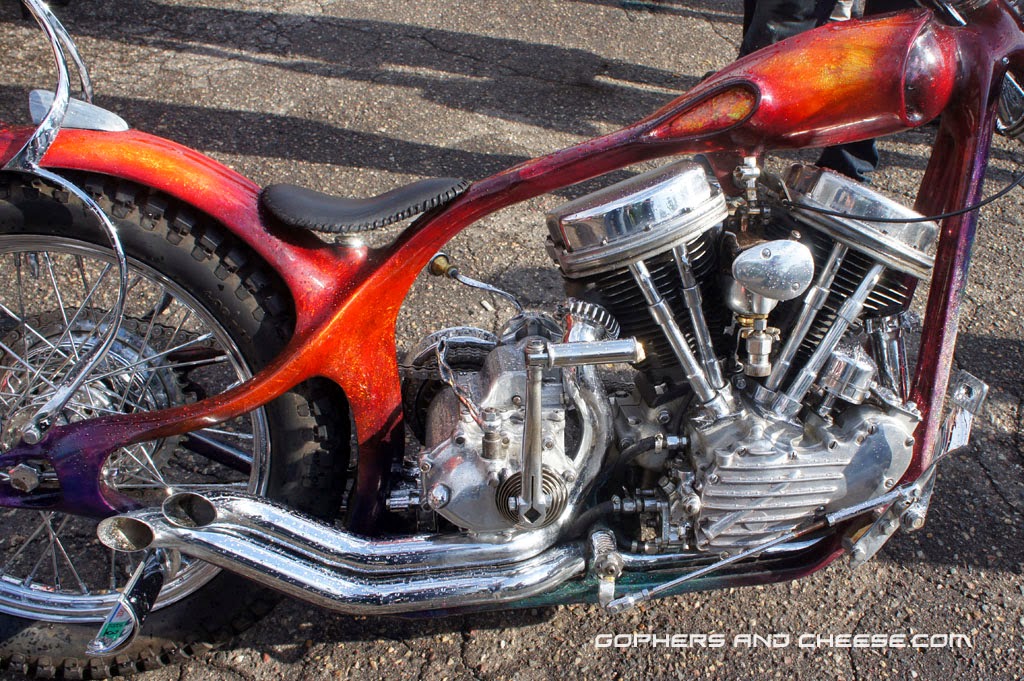 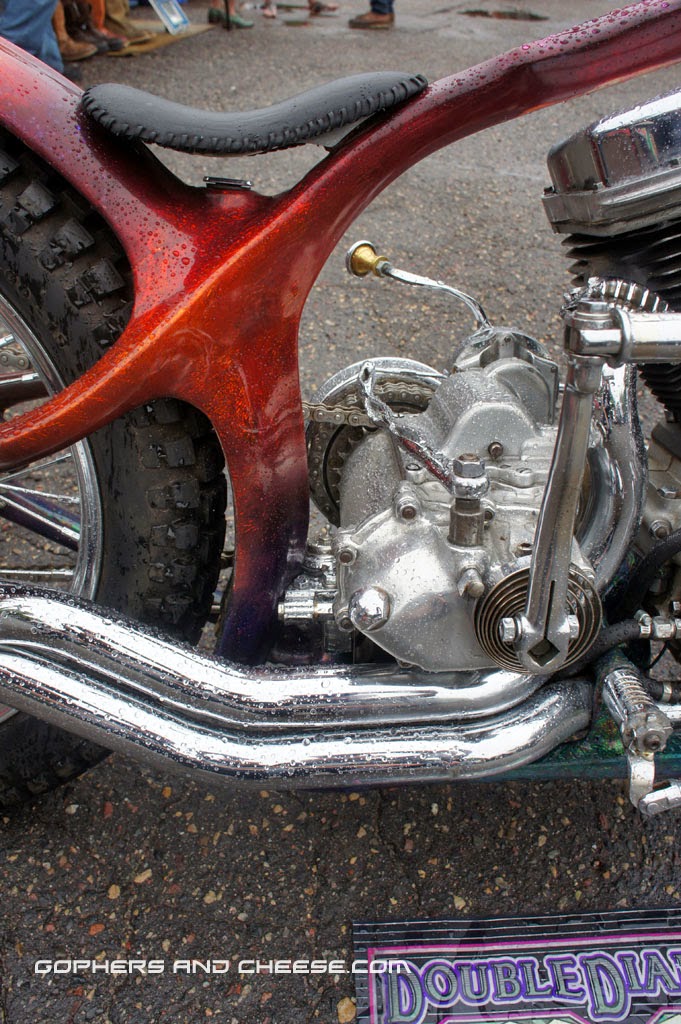 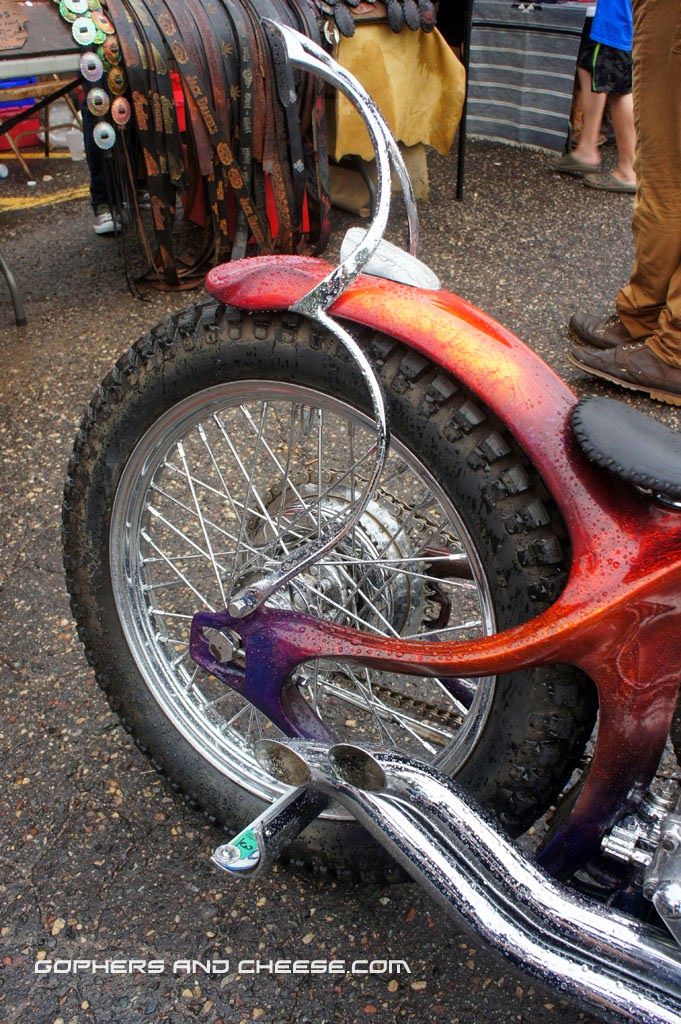 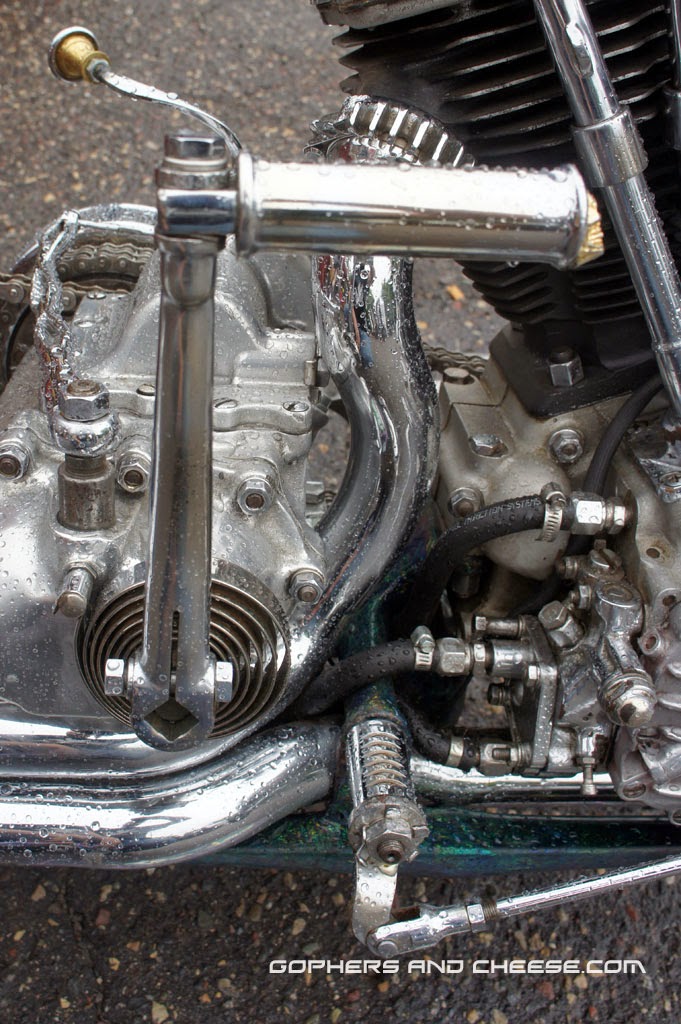 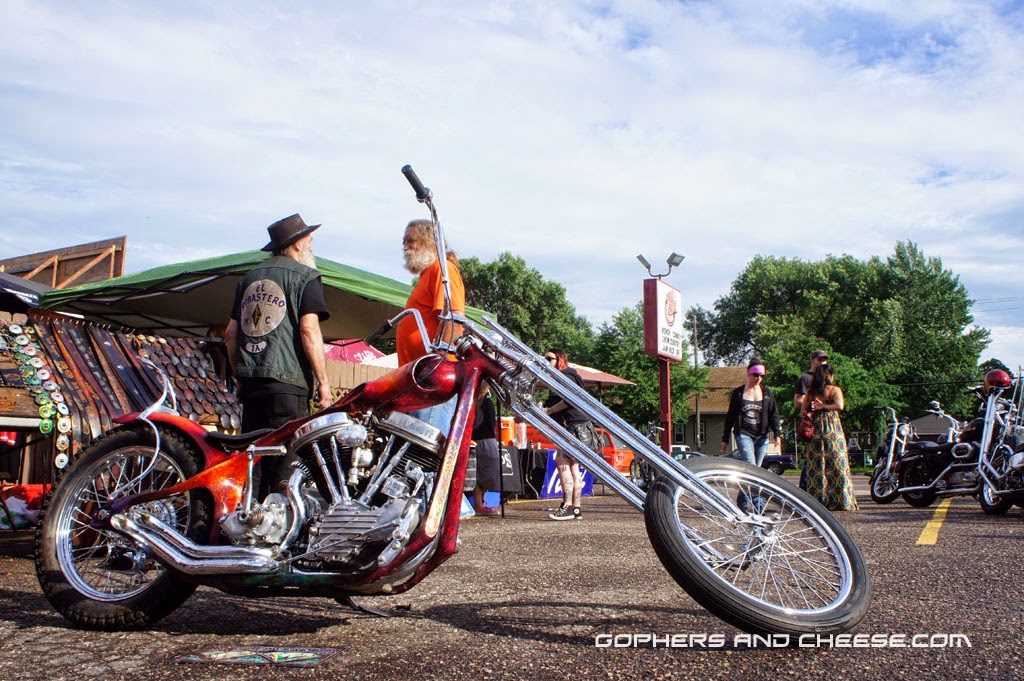 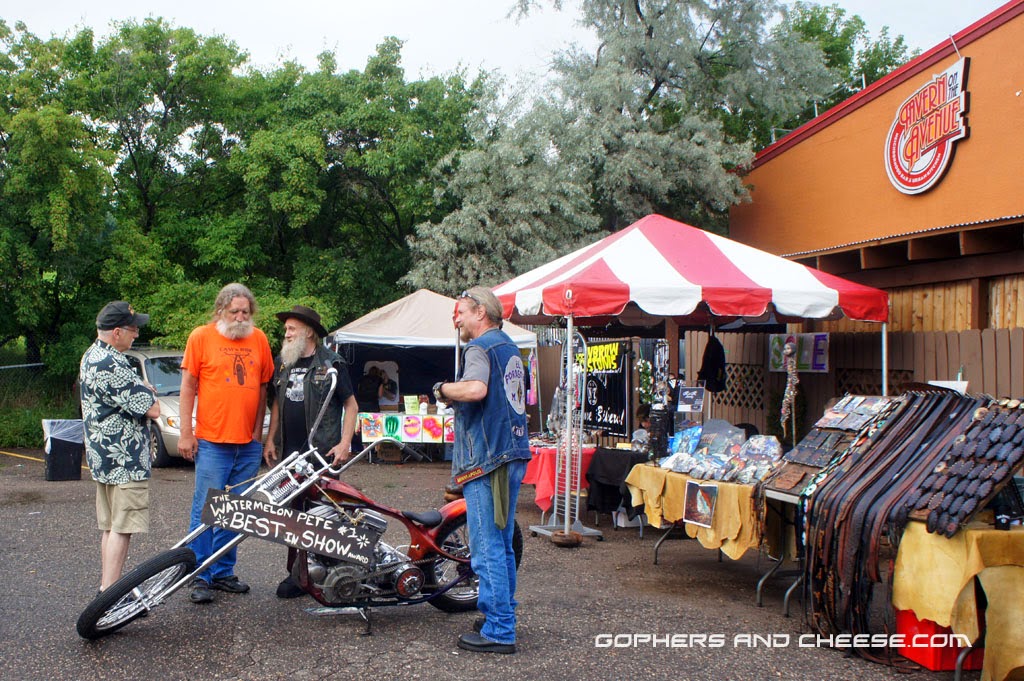 Now that Tom's bike is out of the way, the rest of my Full Tilt posts will cover motorcycles built and modified by mere mortals.