Kevin "Teach" Baas and his family recently moved into a big new place in the country and he was nice enough to invite me and a barn full of friends over to the inaugural party.  Kevin, of course, is a local bike builder, teacher of the Kennedy Chopper Class, owner of Baas Metal Craft, organizes the annual Knuckle Shuffle, and writes Vintage Bike Addiction.  I'm sure he does a bunch of other stuff too in all of his spare time.  I never saw his old place, but the new place is AMAZING! 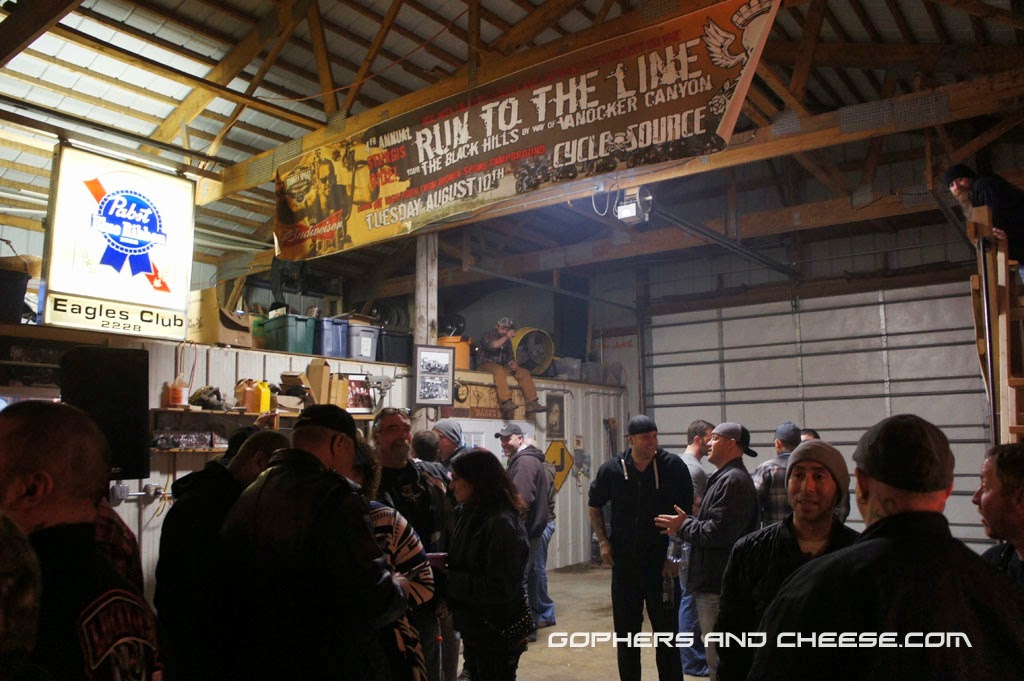 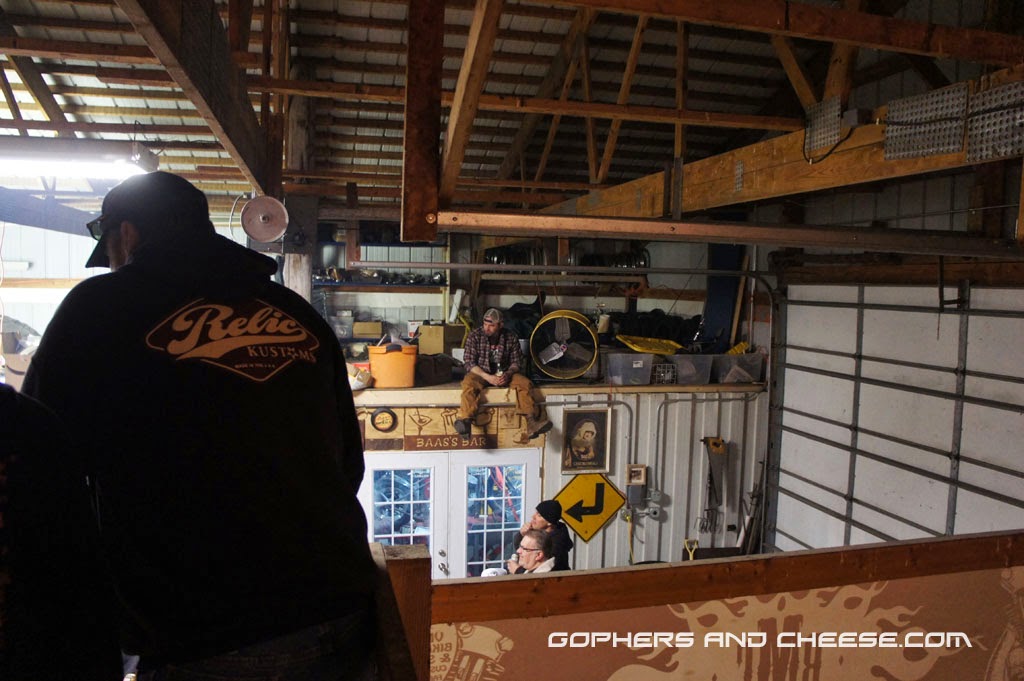 Here he is throwing some devil horns for the band that played.  Oh yes, there was a band, and it wasn't just any band.  More on them later. 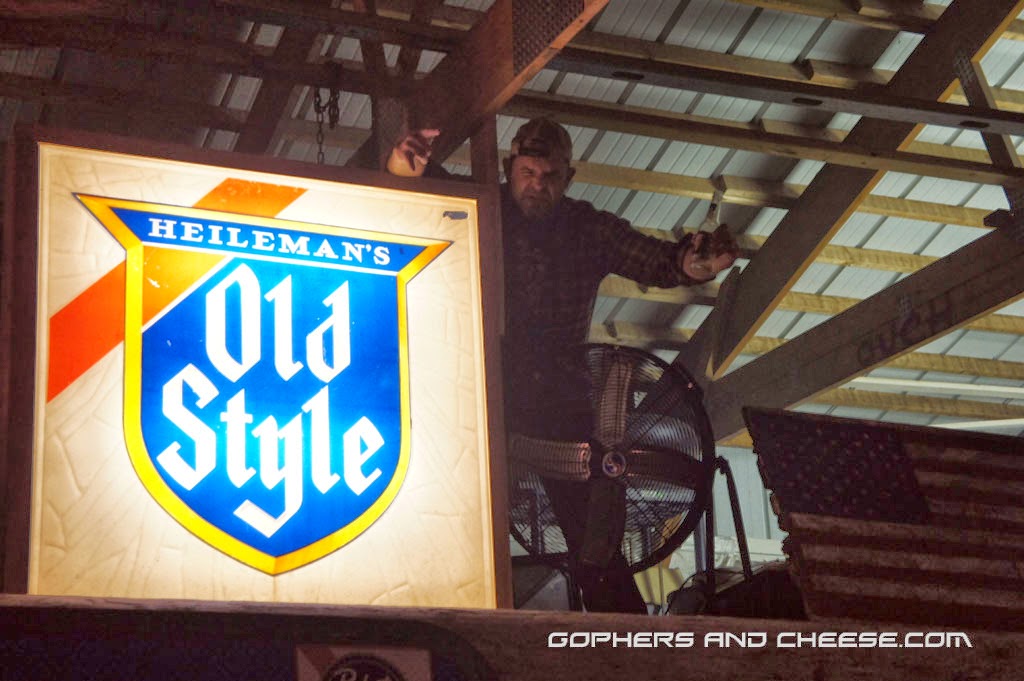 This giant poster of him riding his knucklehead Elvis is just awesome. 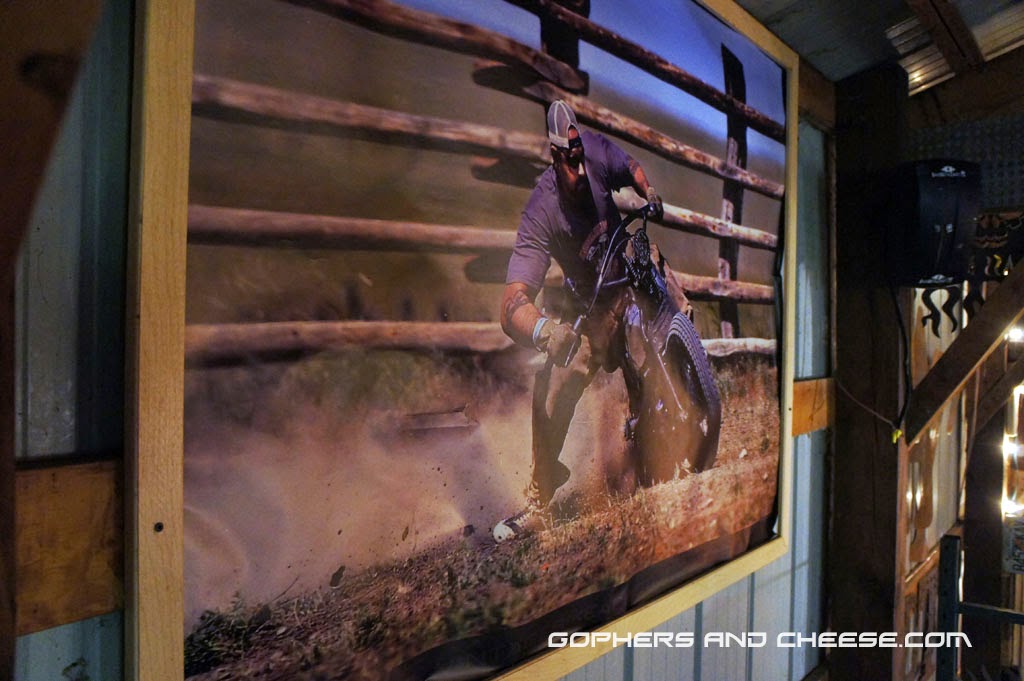 He's even on a big Budweiser / Strugis banner. 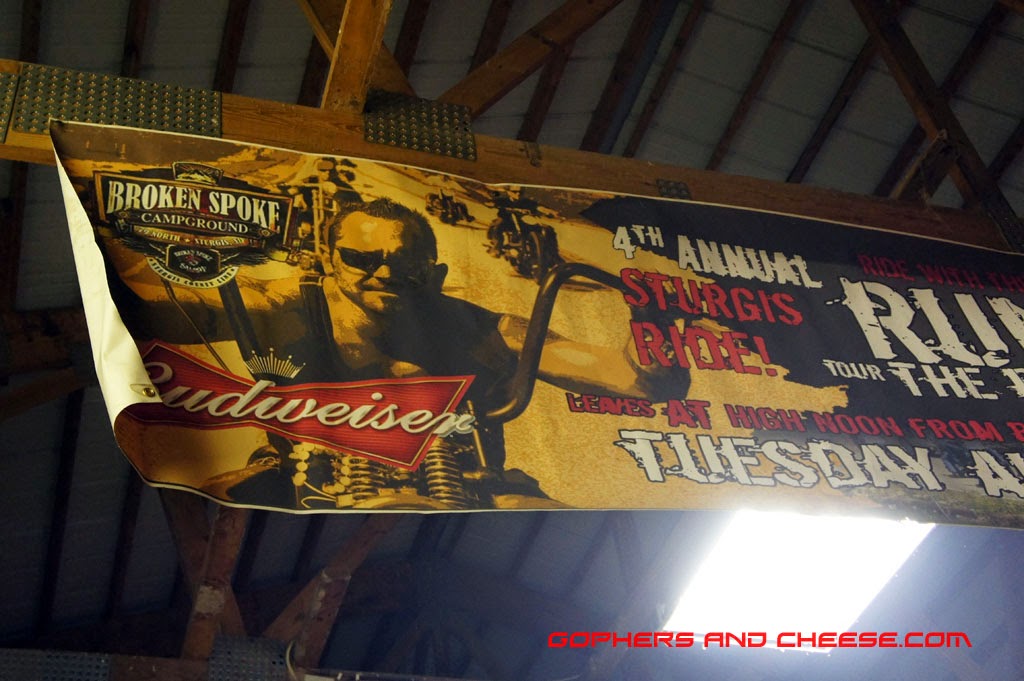 Kevin and his wife Amy addressing the crowd: 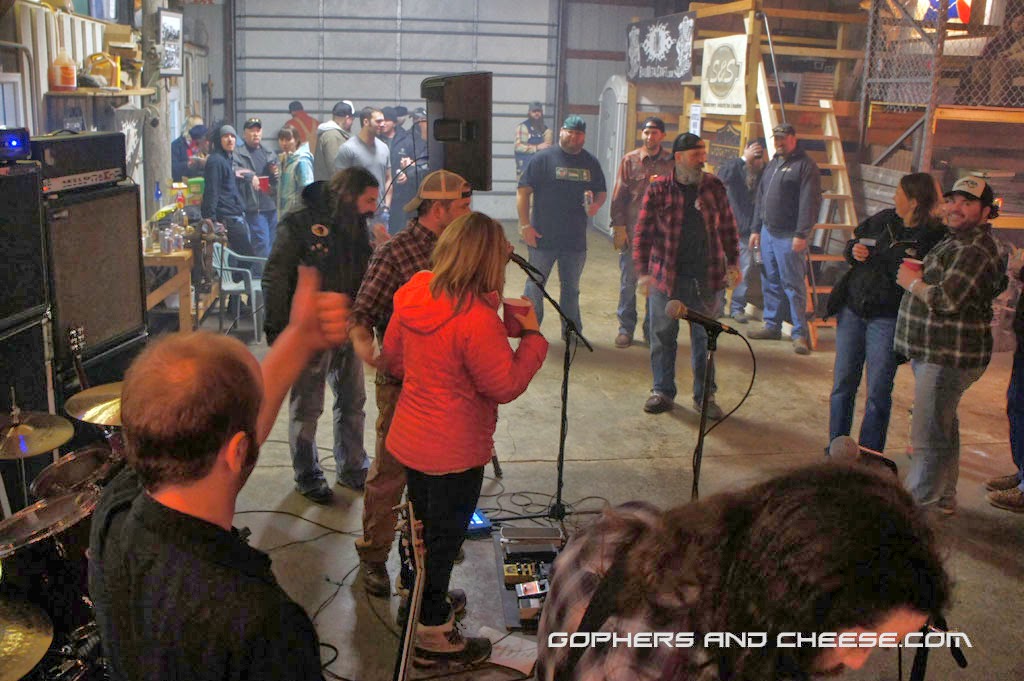 The barn was so cool and he made a lot of the signs. 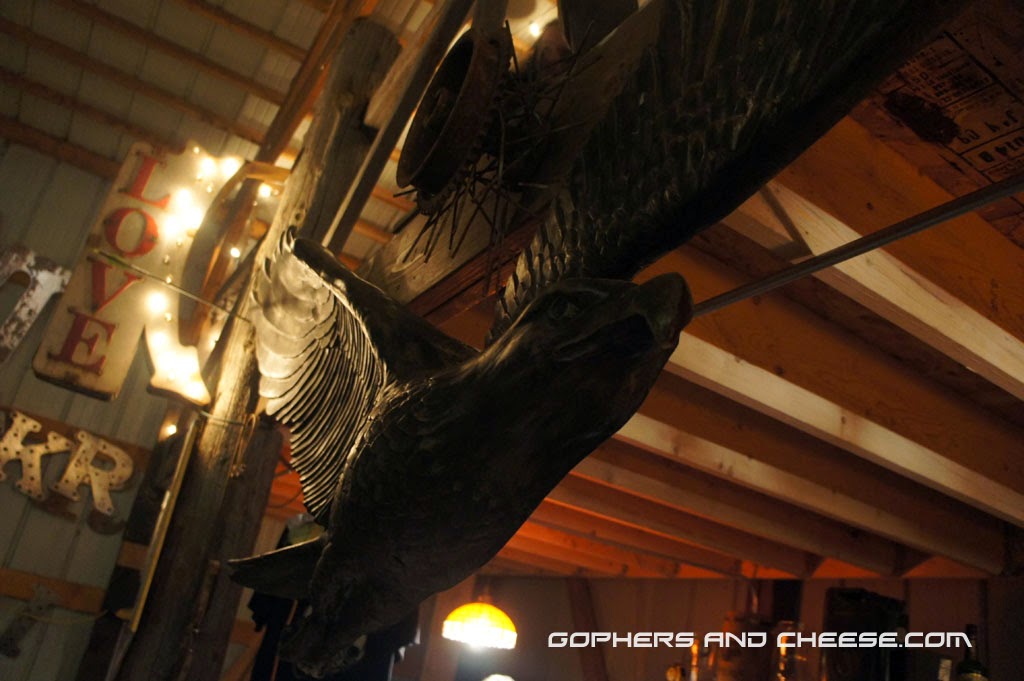 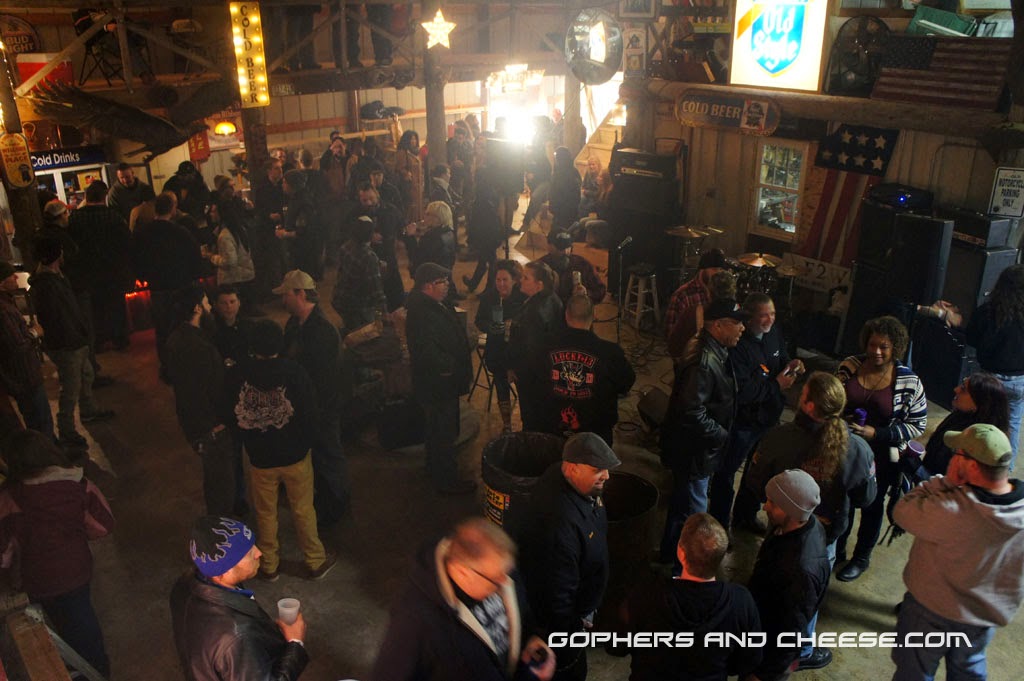 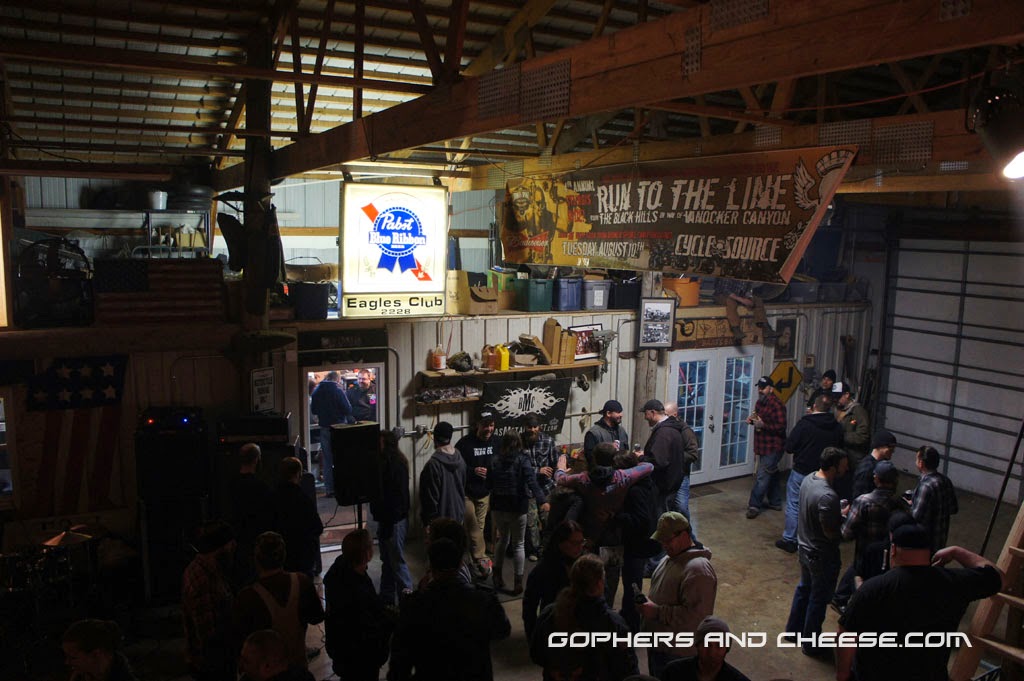 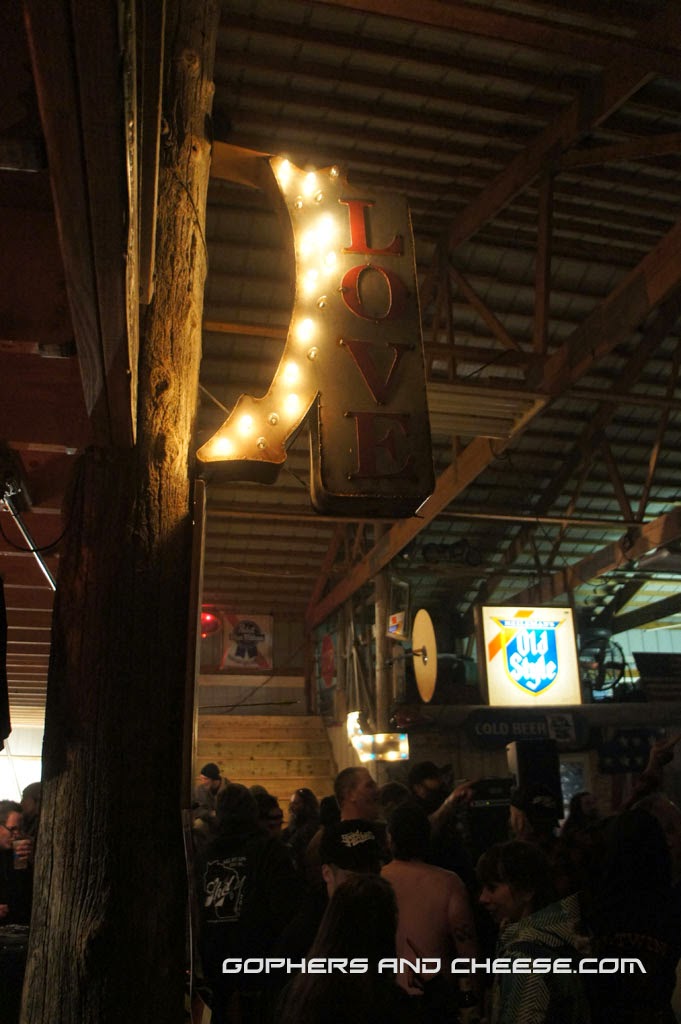 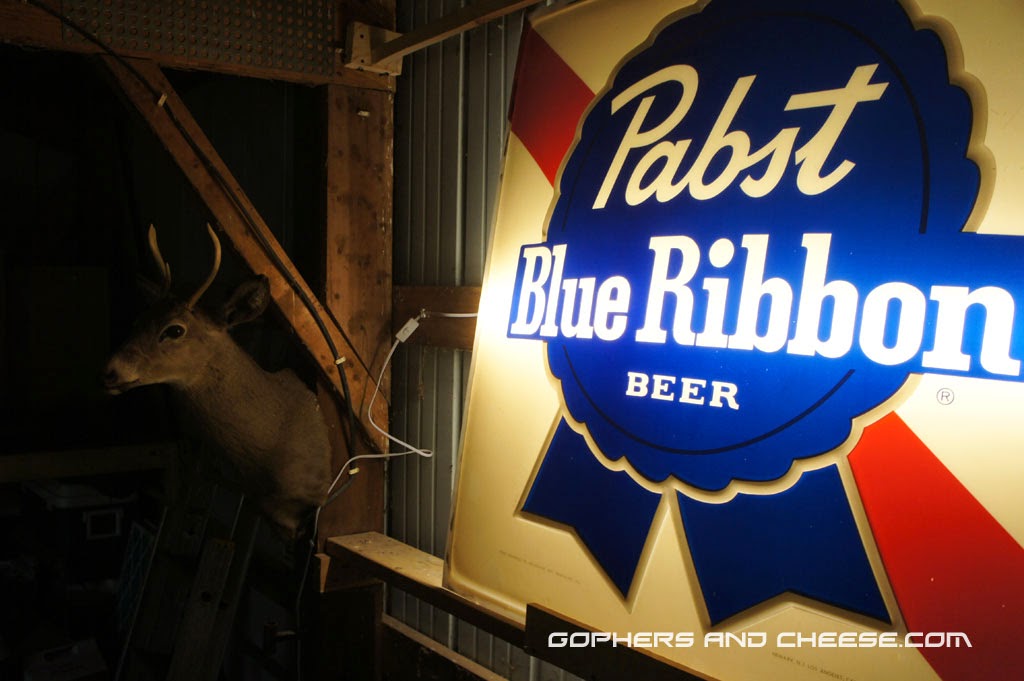 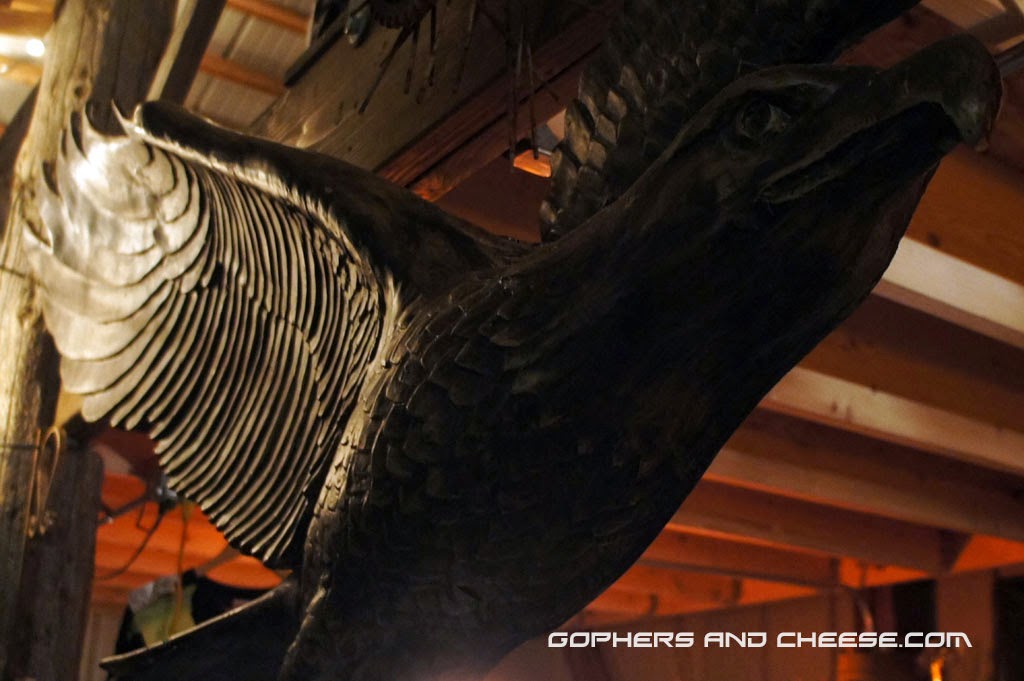 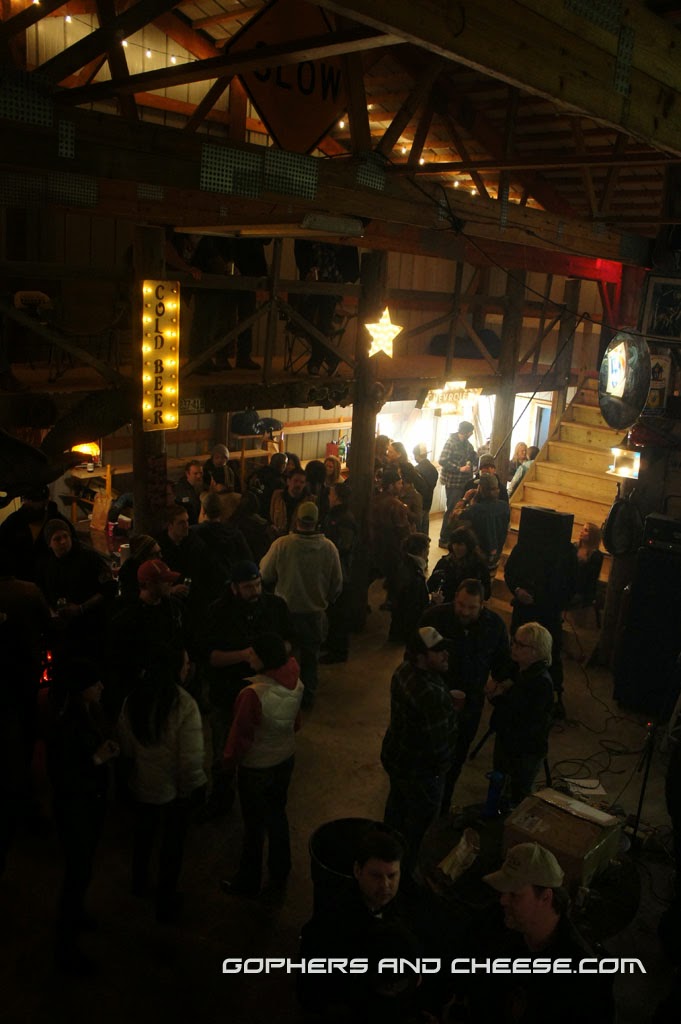 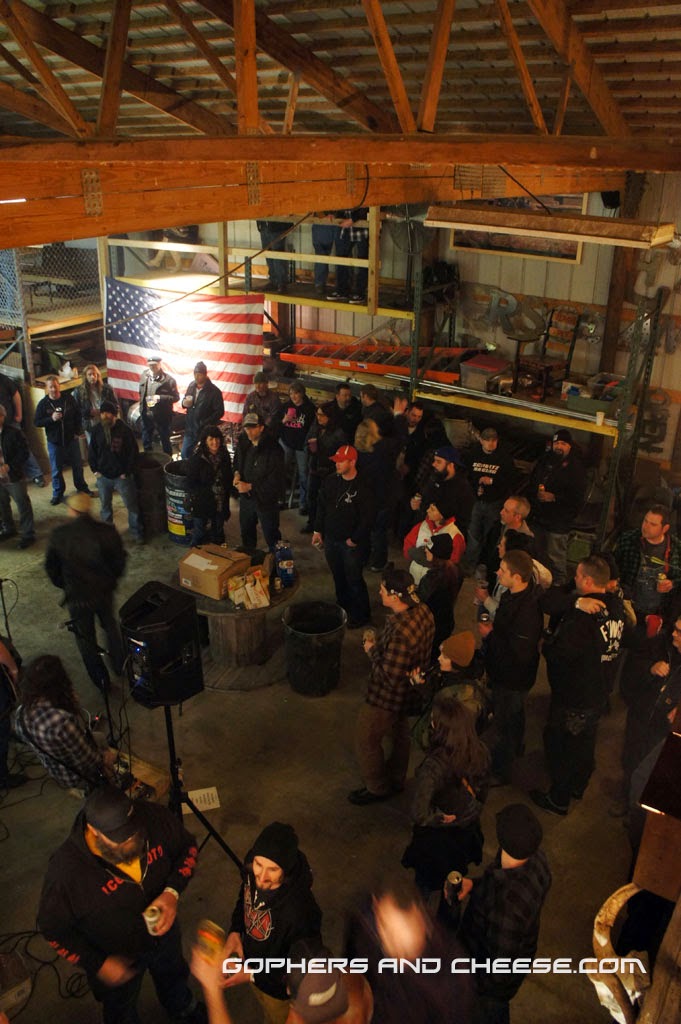 As the night went on, there was live music, drinking, headbanging, moshing, and even good ol' fashioned wrastlin'!  At least... that's what I think was going on here. 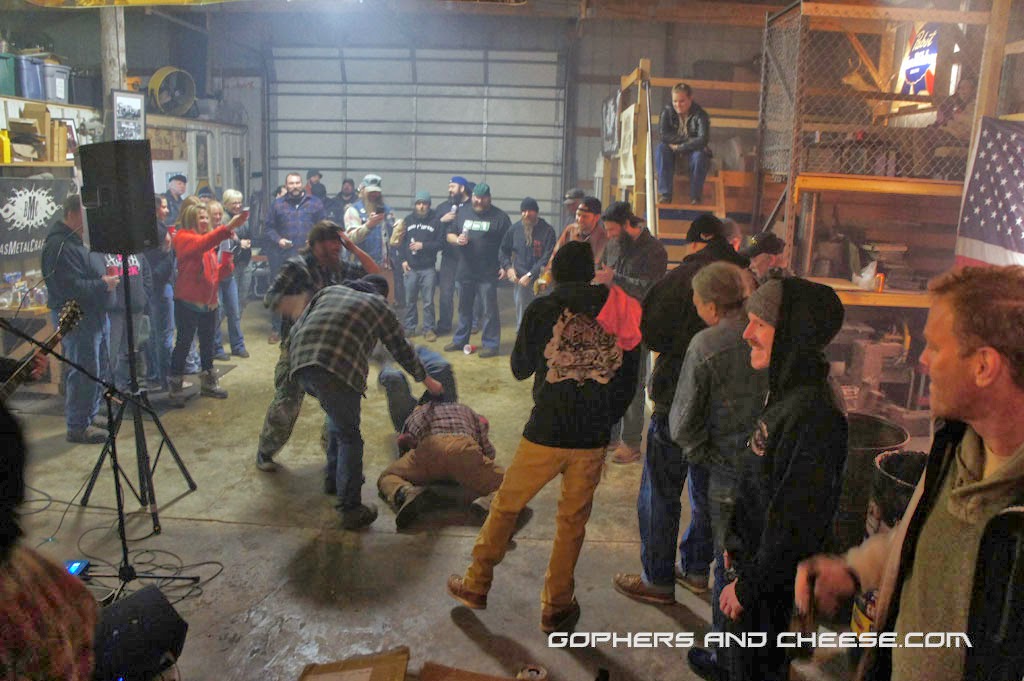 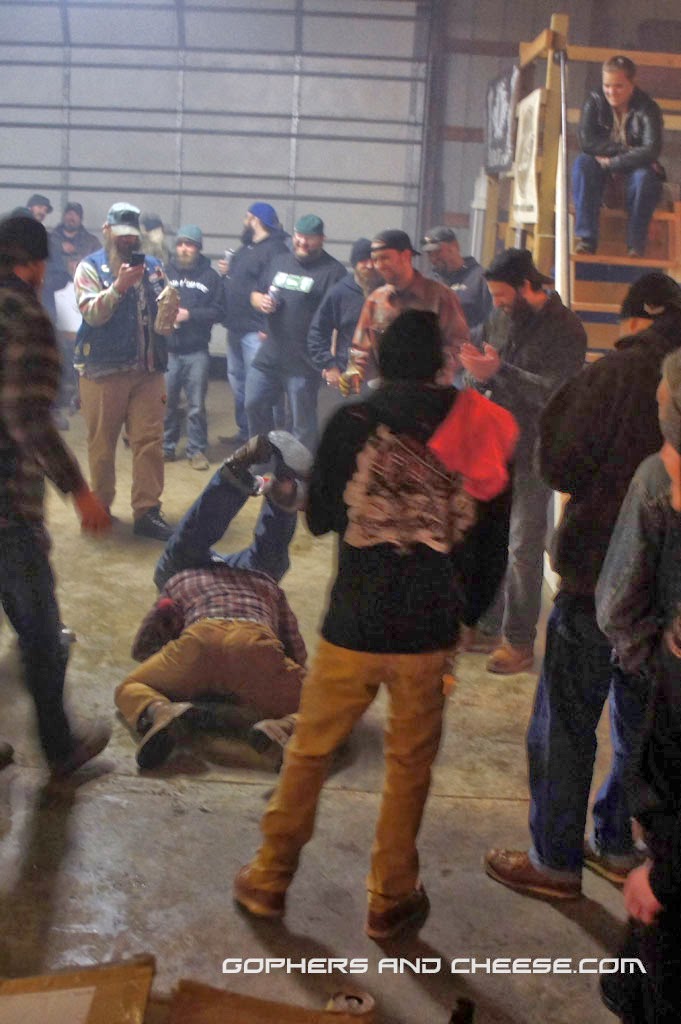 The party went late.  This guy was smart and brought a hammock. 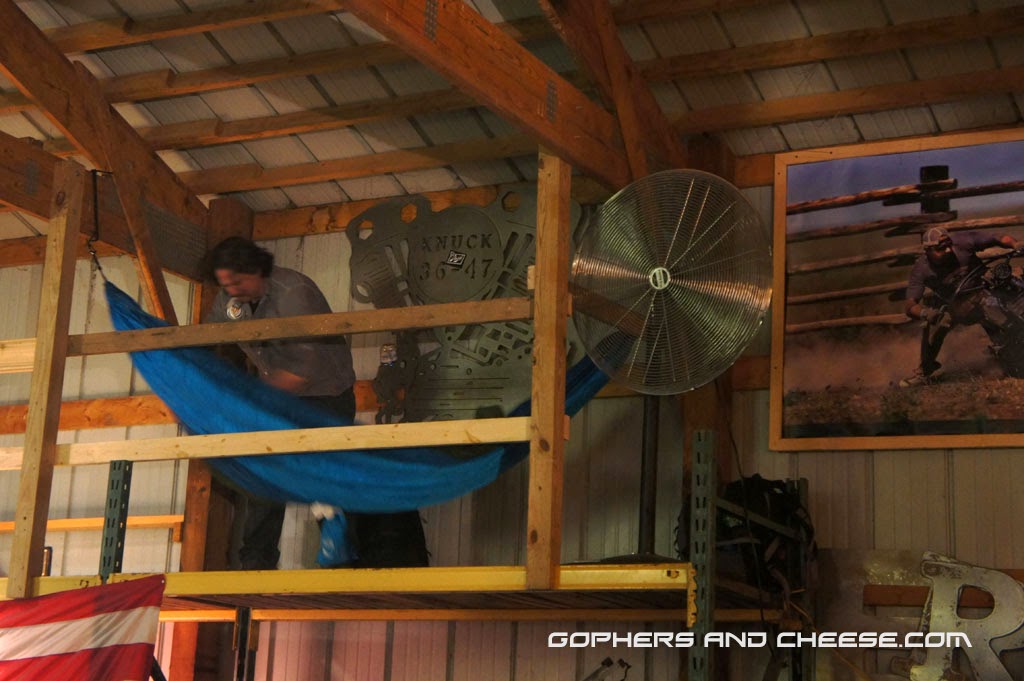 Band pics are up next.