The Bearded Lady Motorcycle Freakshow is, among many other things, a judged motorcycle competition.

Awards in 2013 were these neat little customized wind-up robots.  In recent years, the awards were tattooed piglets in jars. 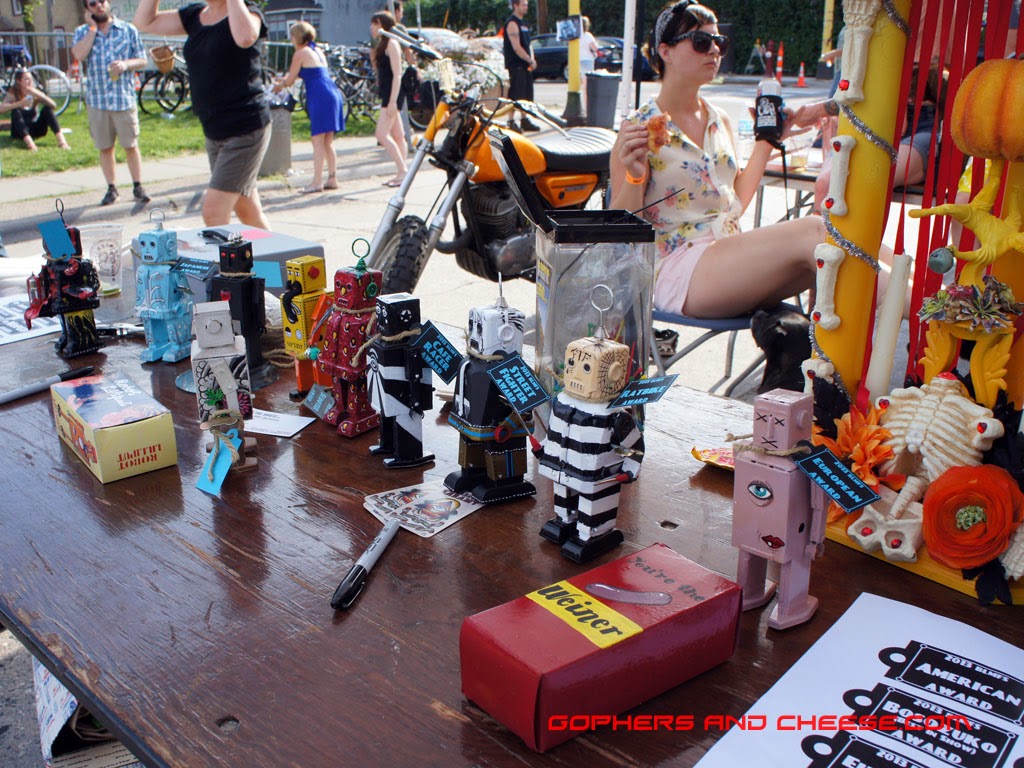 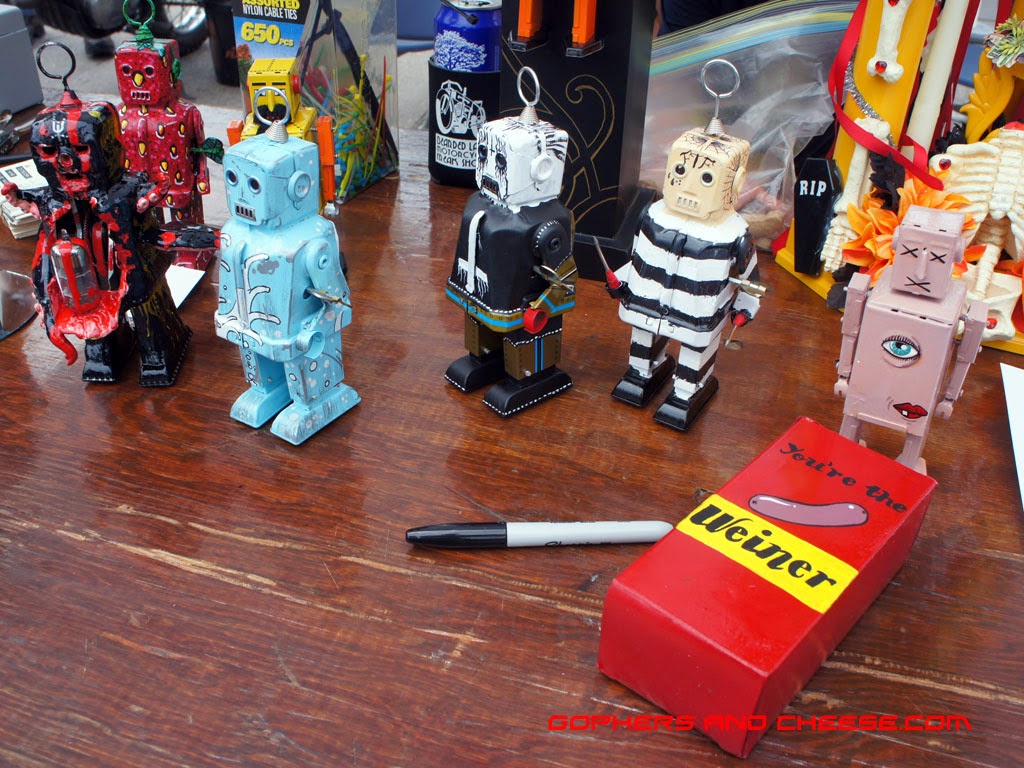 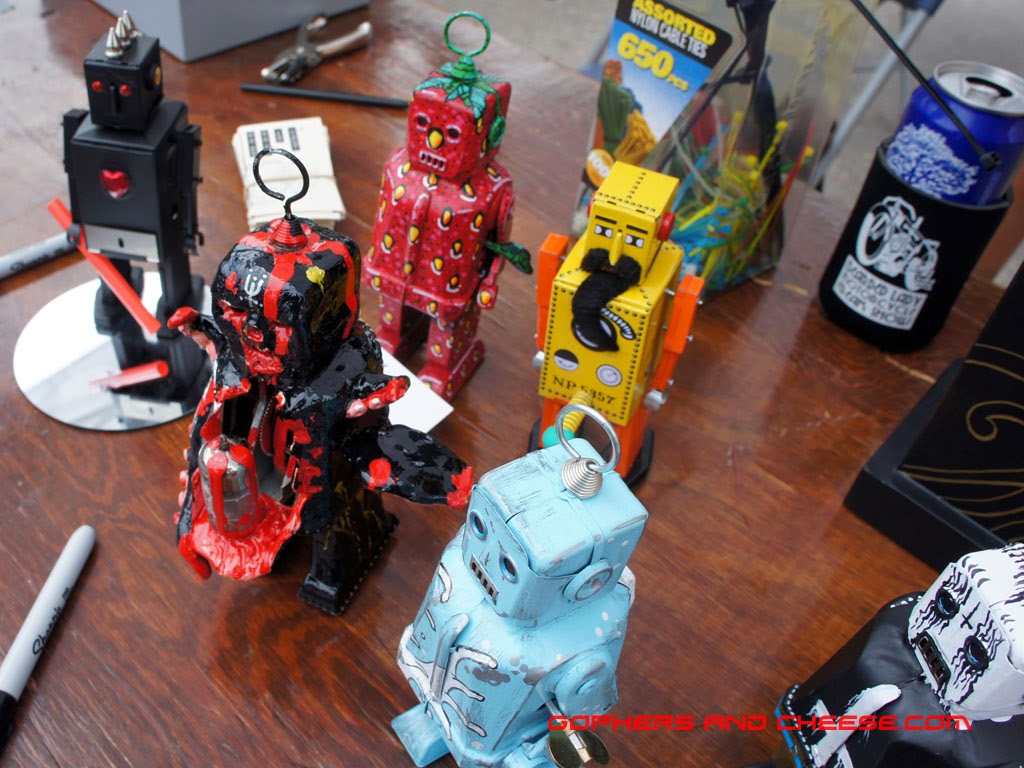 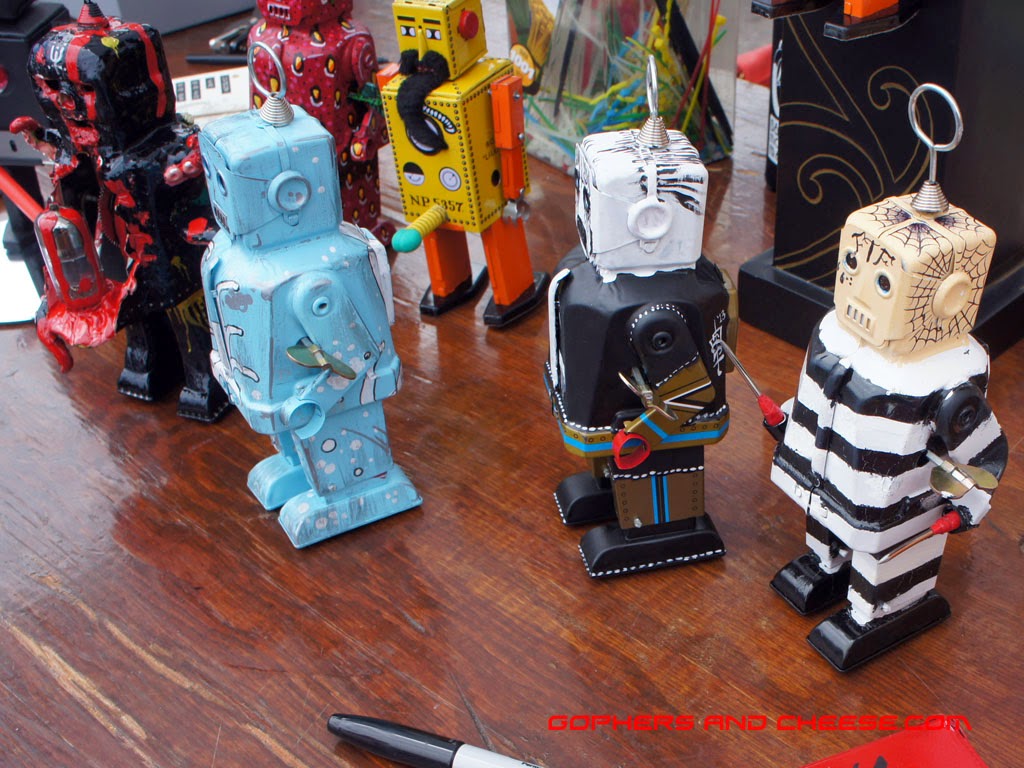 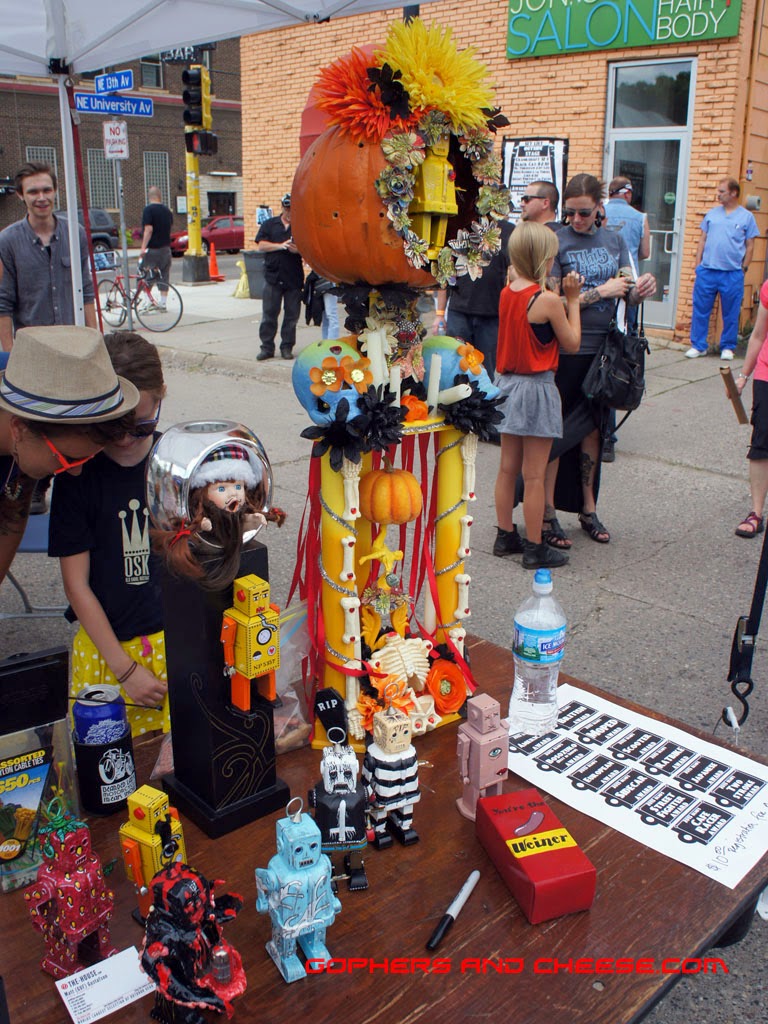 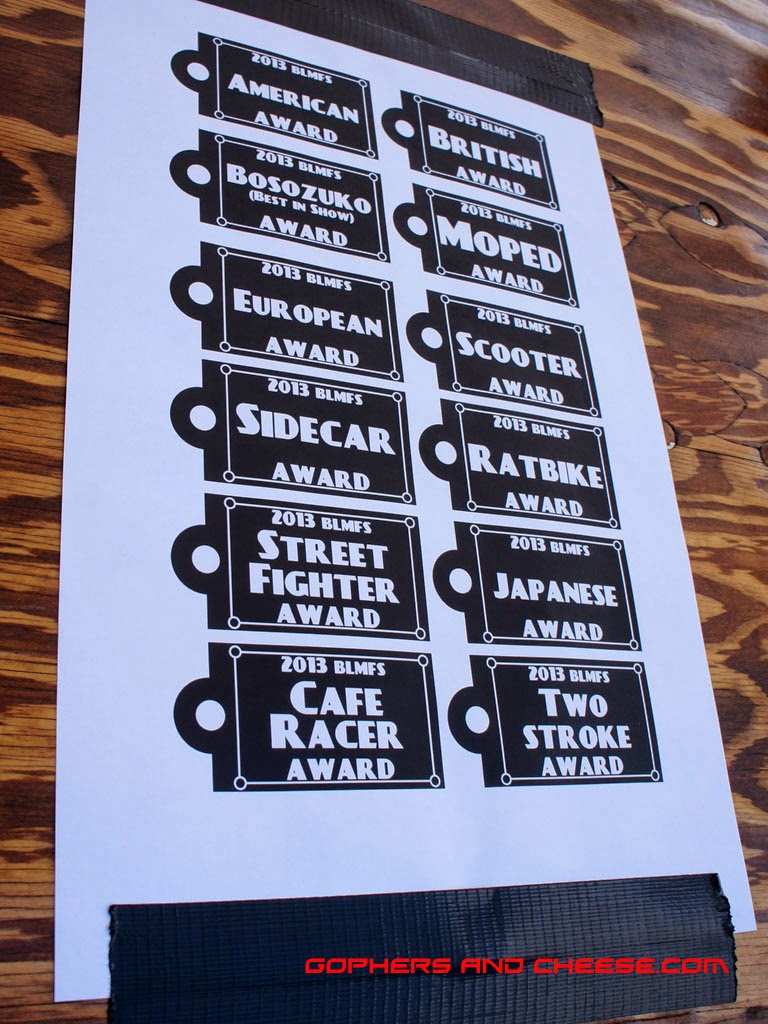 Awards were handed out late in the afternoon by the bearded lady herself. 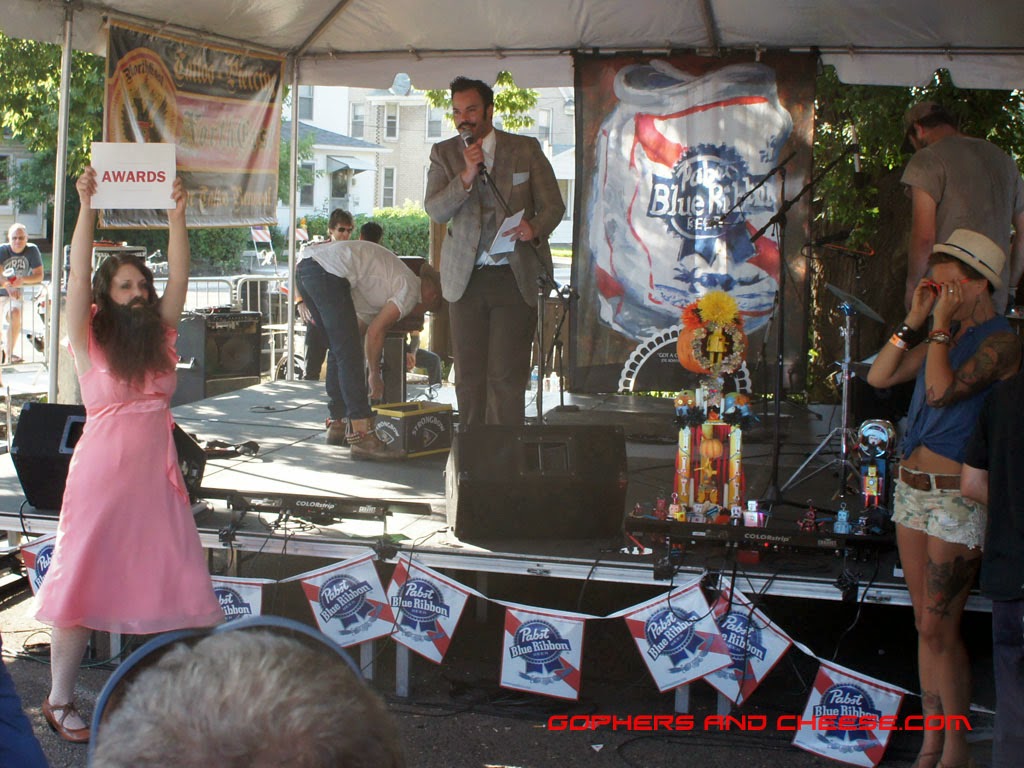 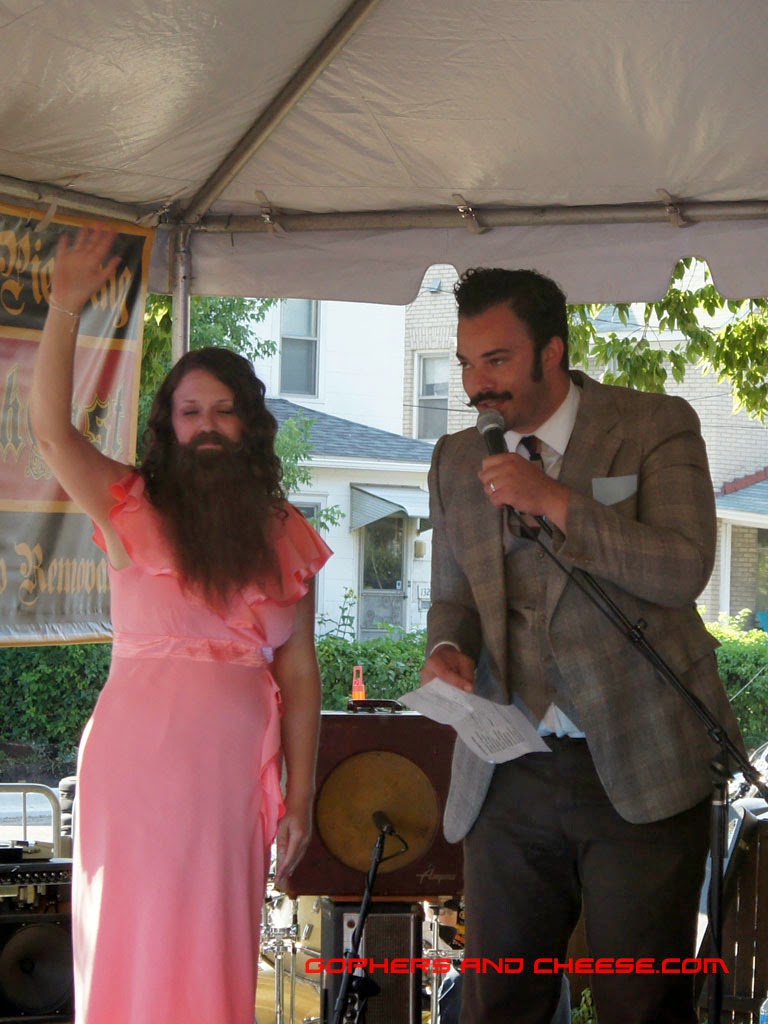 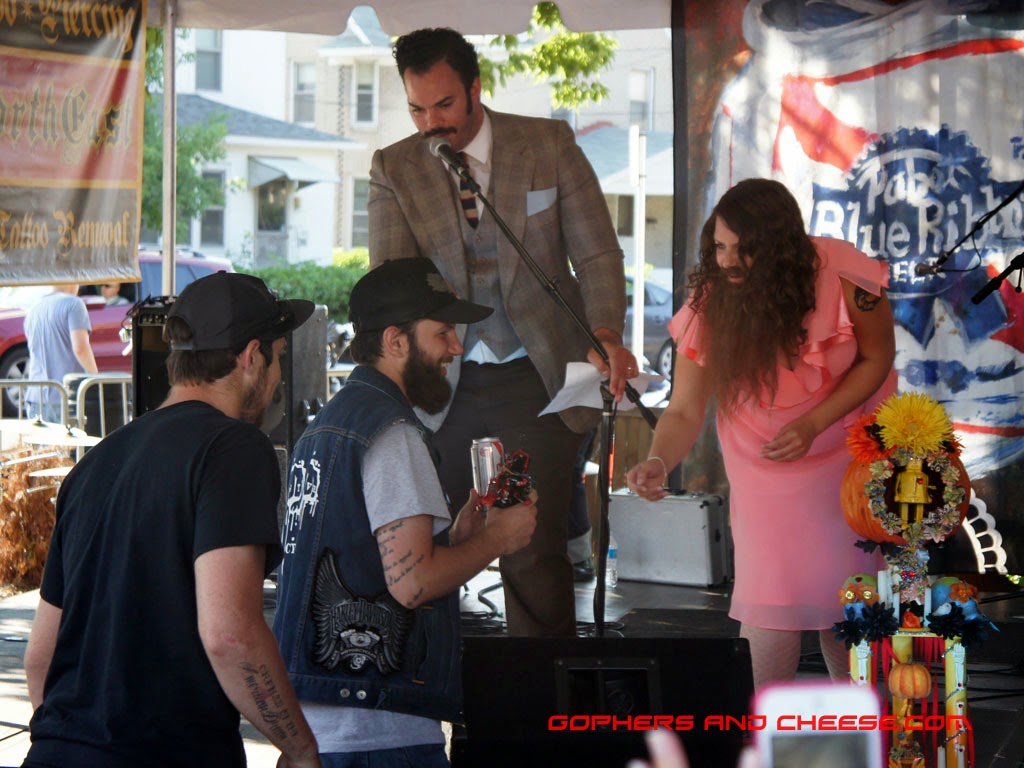 The winner of the Bosozuko (Best In Show) award went to... 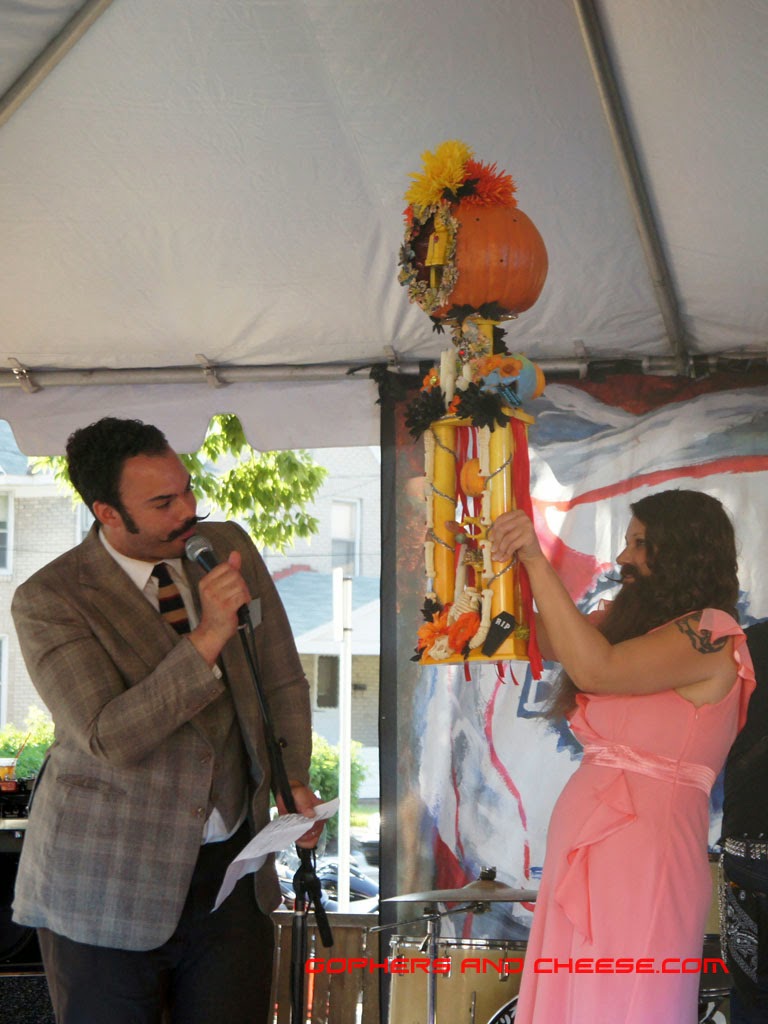 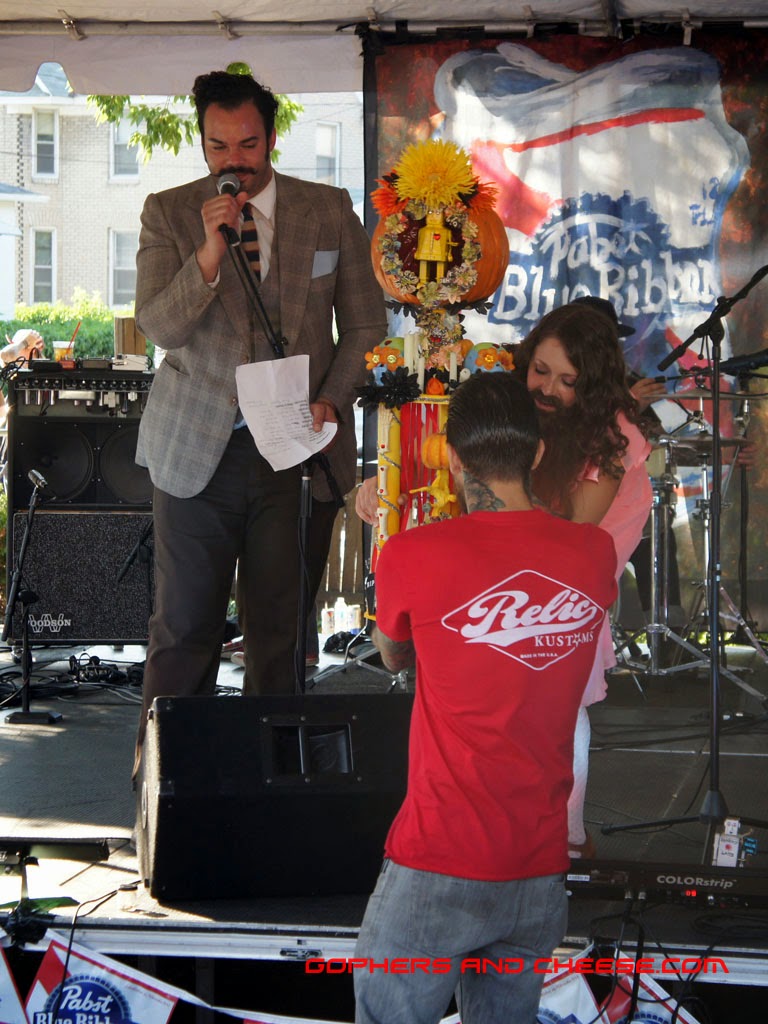 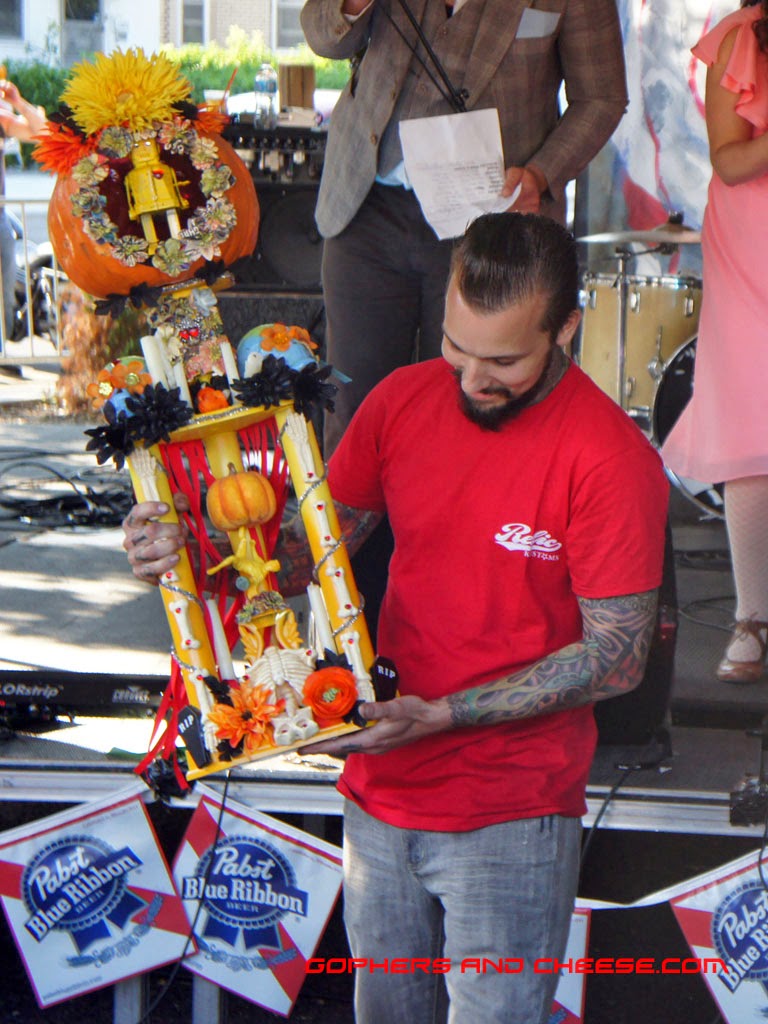 You may remember from my earlier post, I was holding back on showing you a panhead.  It was Jay's "Frost Buzzard".  That bike took top honors.  Jay's looking pretty happy with his win. 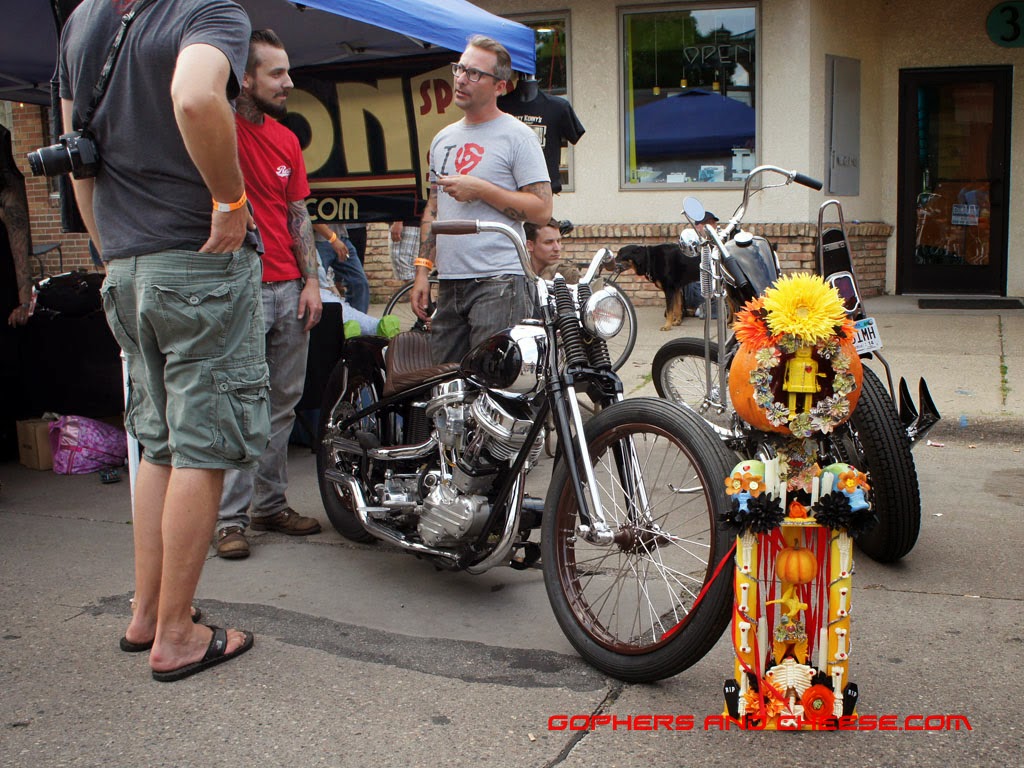 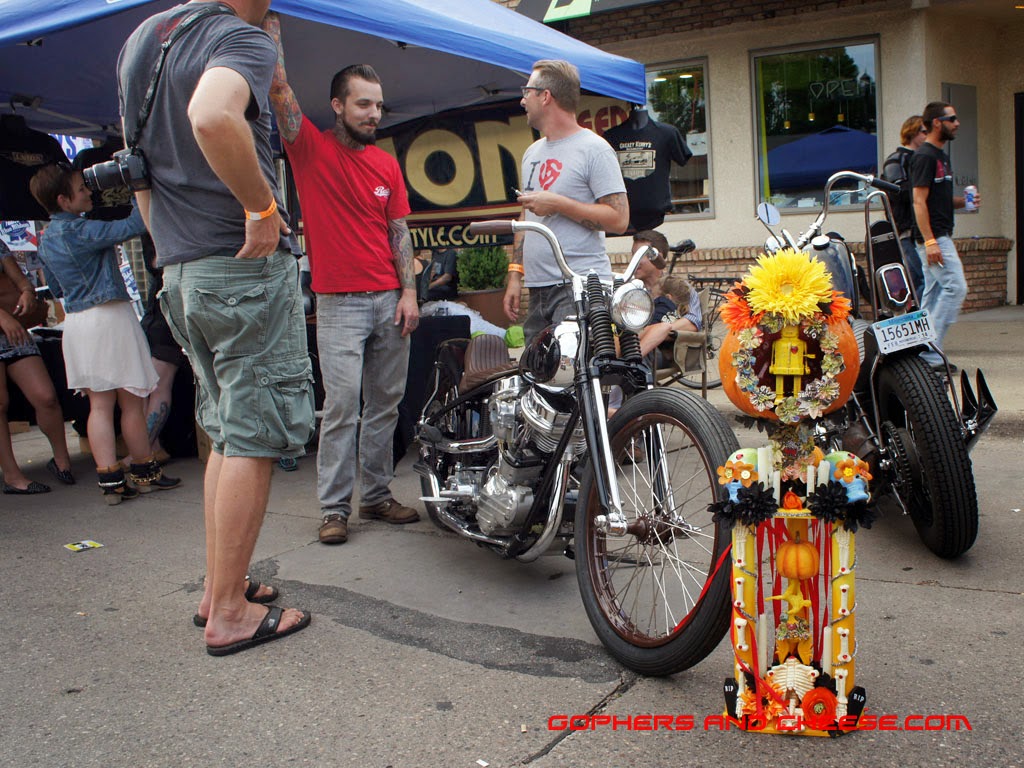 Over 60 photos from the day are left and they are 100% Sportster!