While I strongly prefer Harleys, I thought Indian Motorcycles had a better display than Harley this year.  I liked the mix of old, new, and custom.

This 1935 Indian Chief was featured on American Pickers. 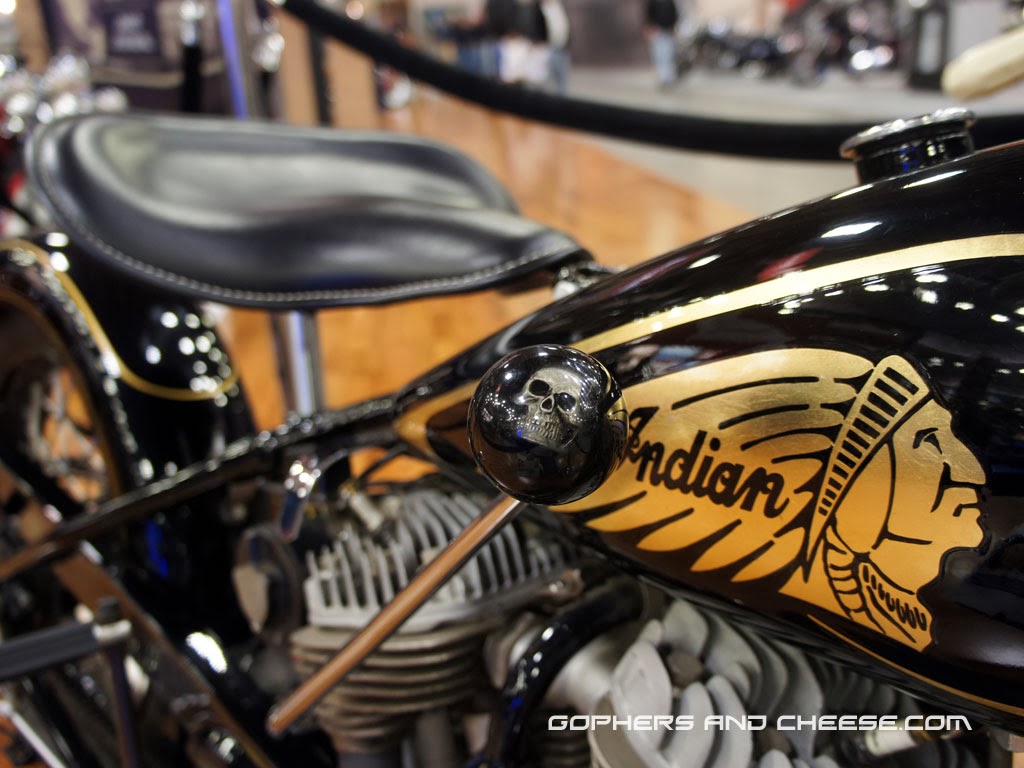 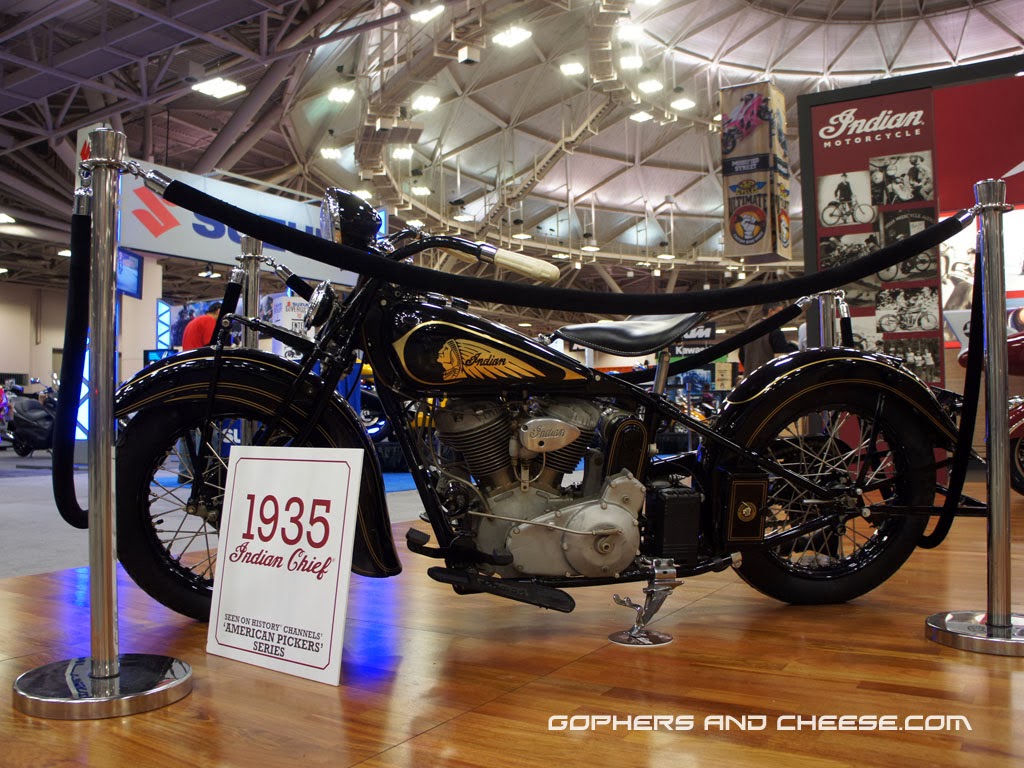 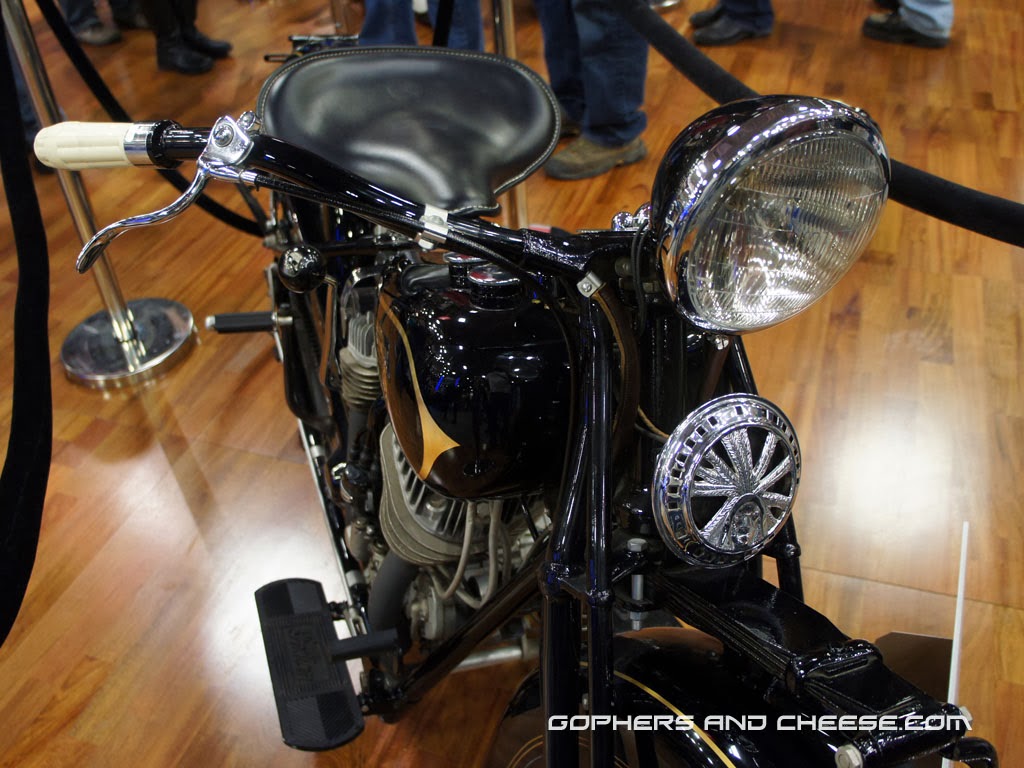 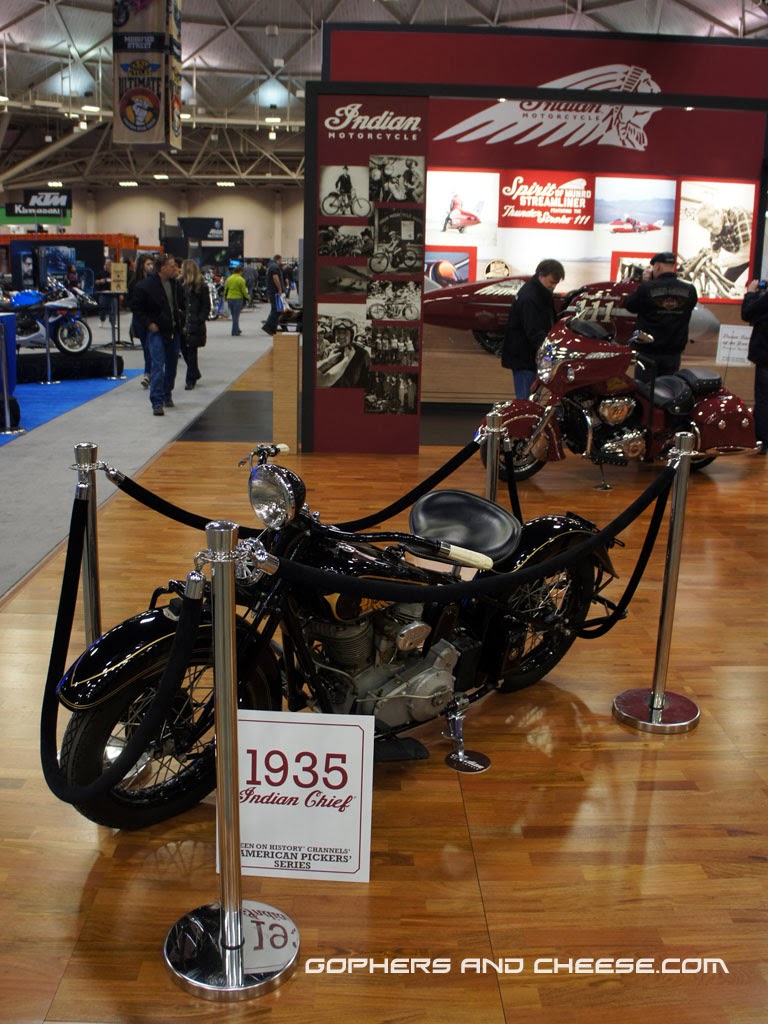 Right next to it was this 1948 Indian Chief. 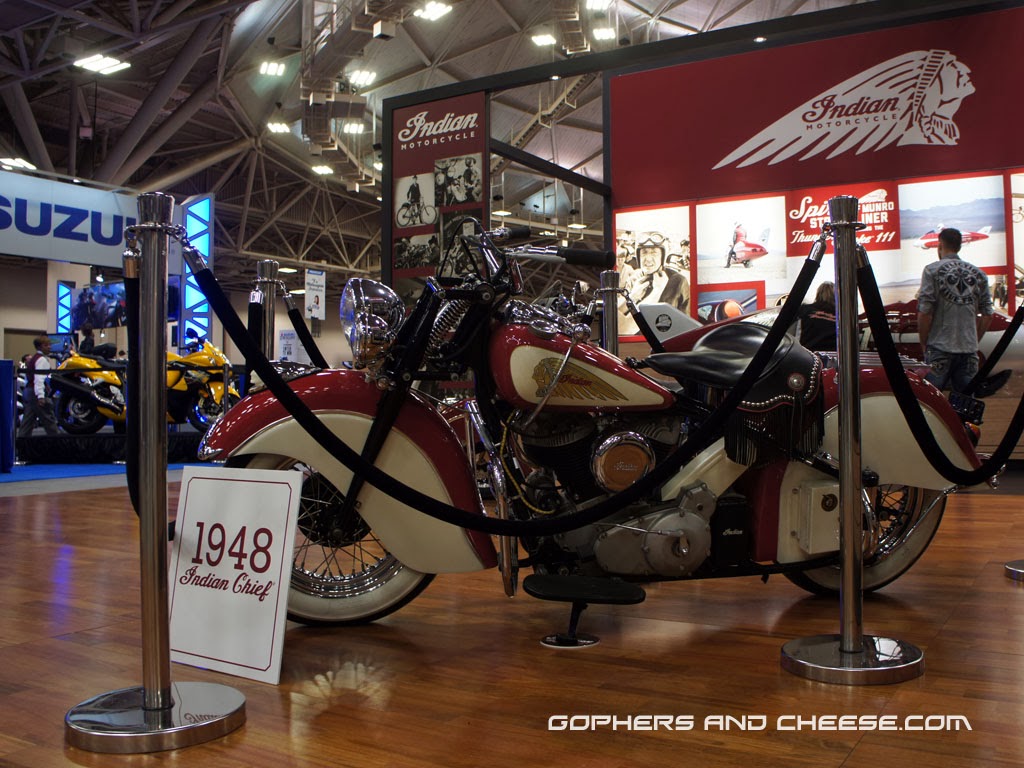 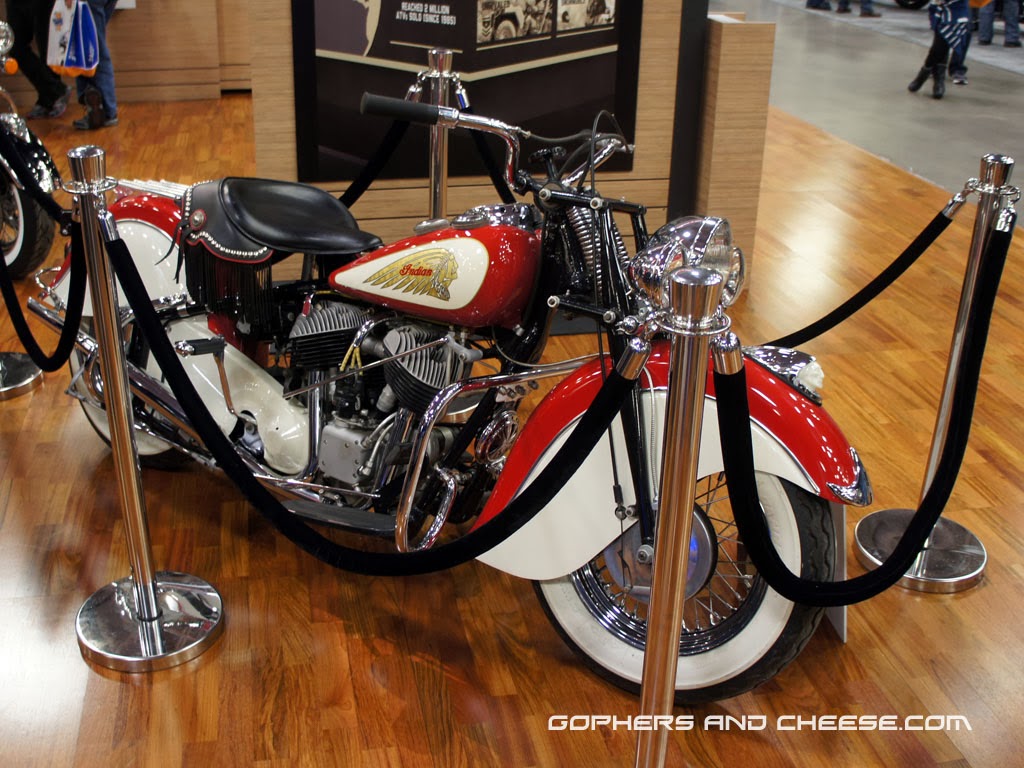 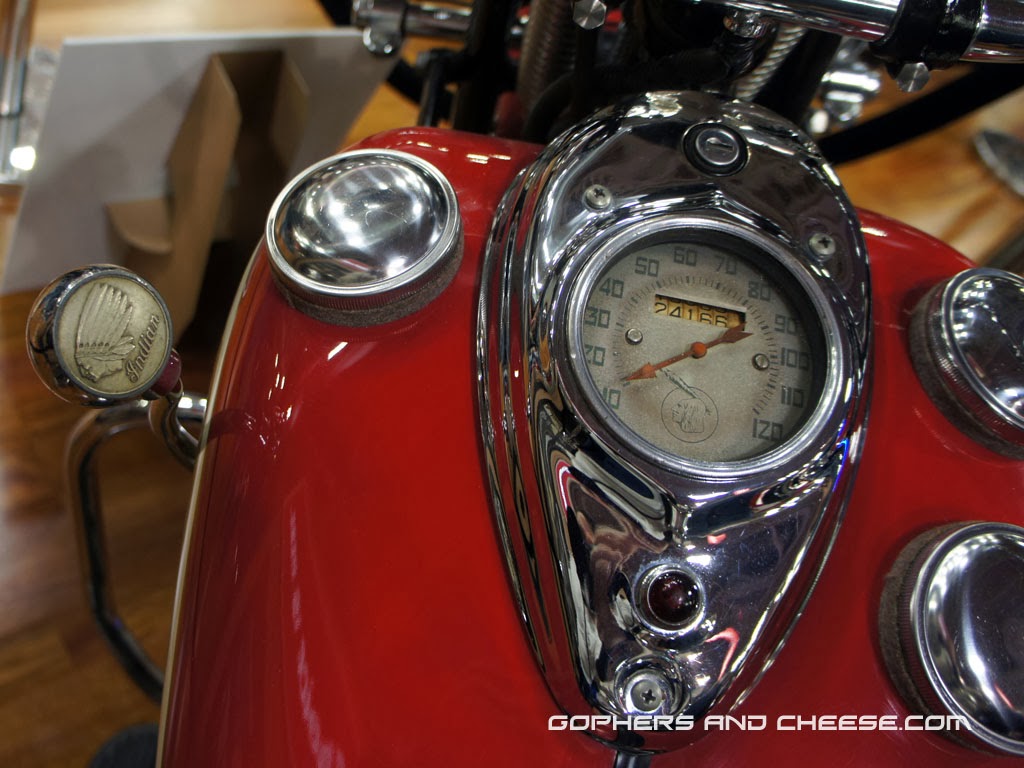 I really liked the Spirit of Munro Streamliner.  From the front, it looks like a jet.  I can't even imagine what it would be like to ride with the throttle wide open. 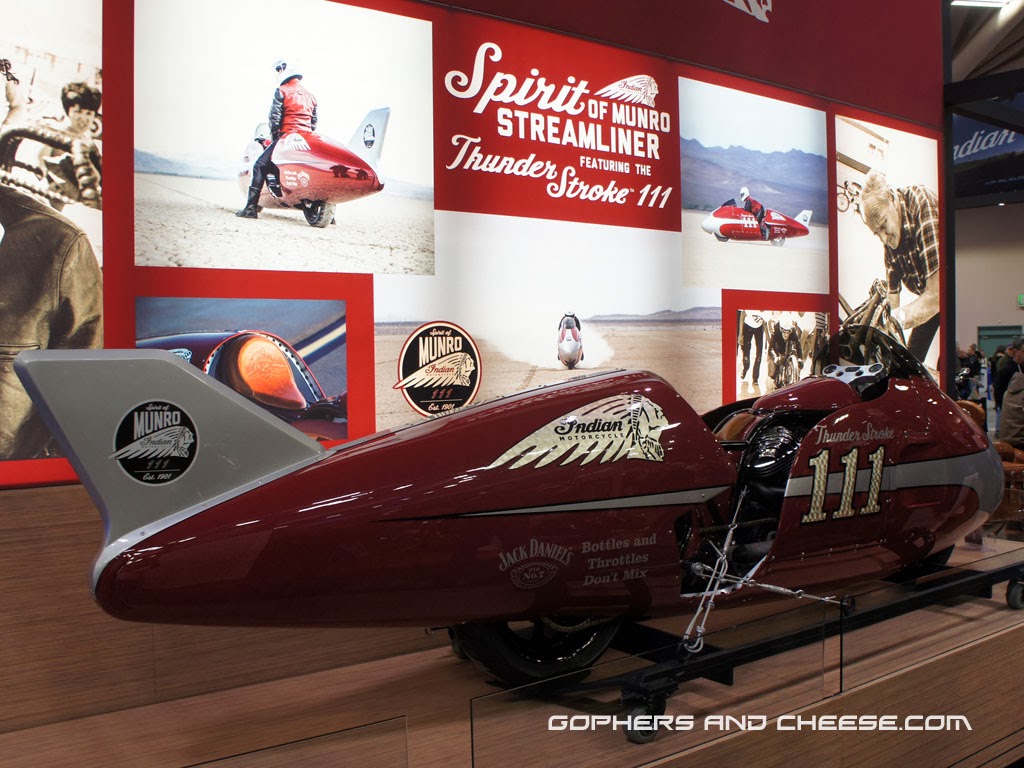 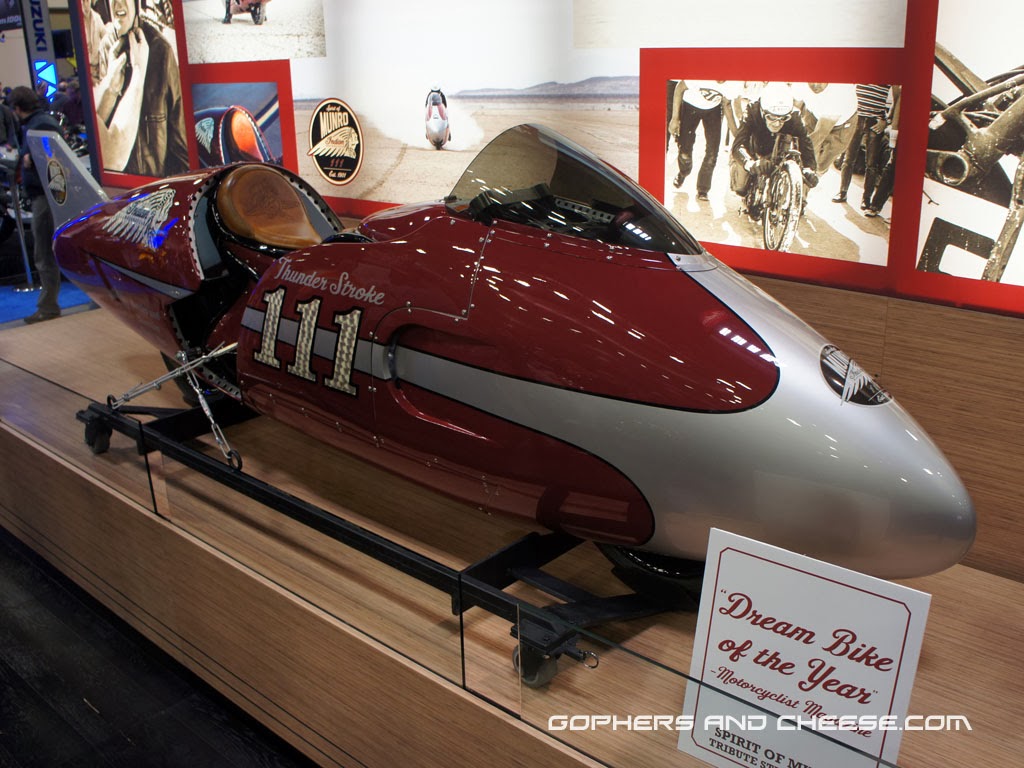 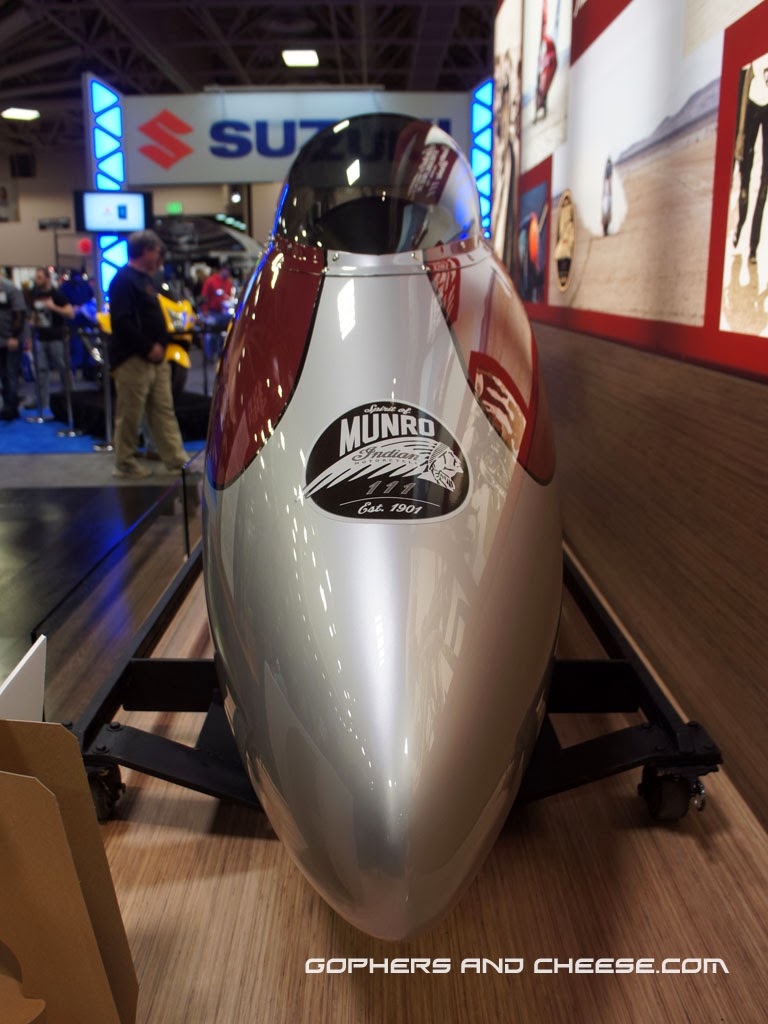 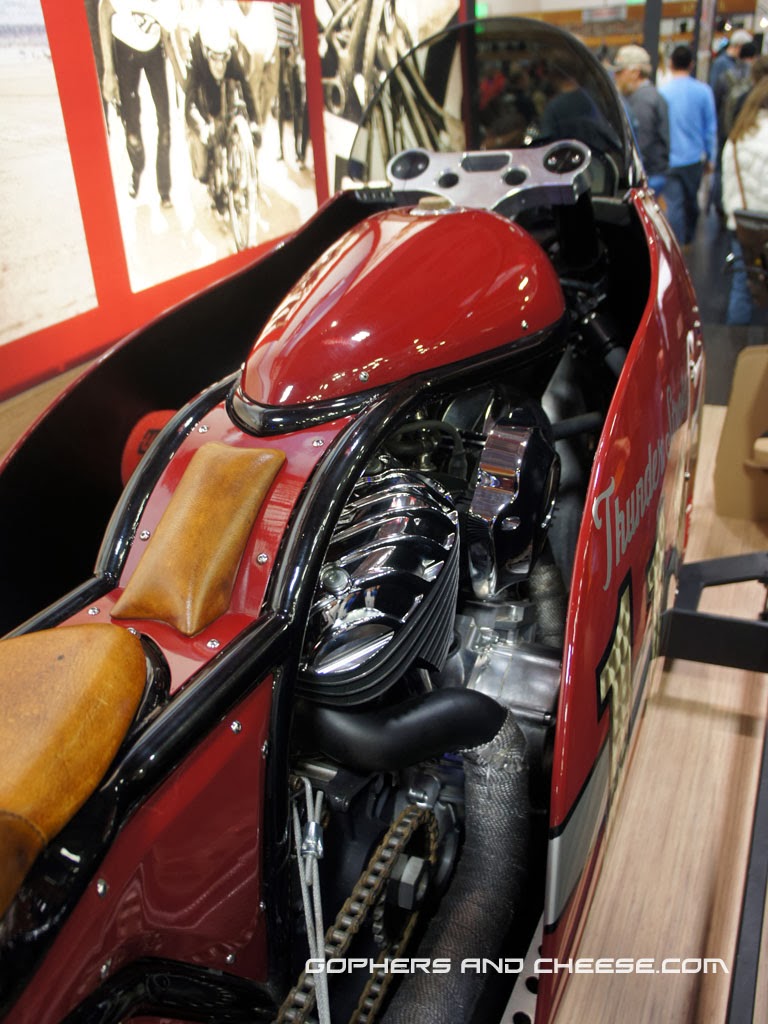 Of course, they were featuring their new line of touring bikes.  Personally, I prefer the naked version seen here.  I think there's a ton of potential if you could start a custom build with this: 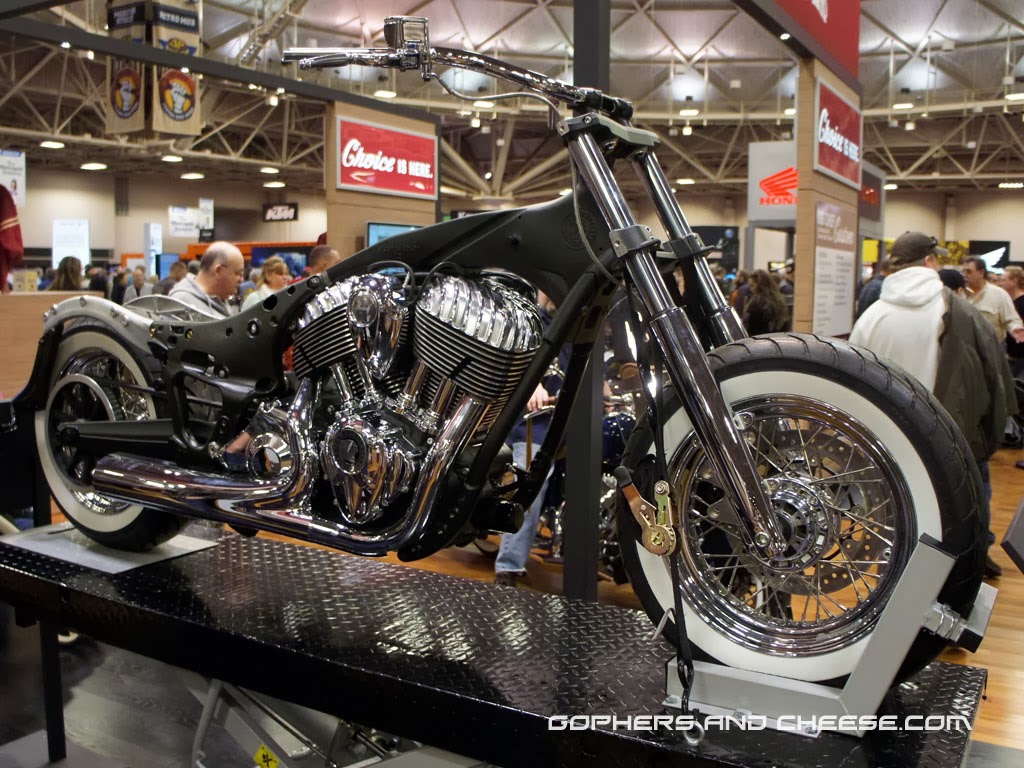 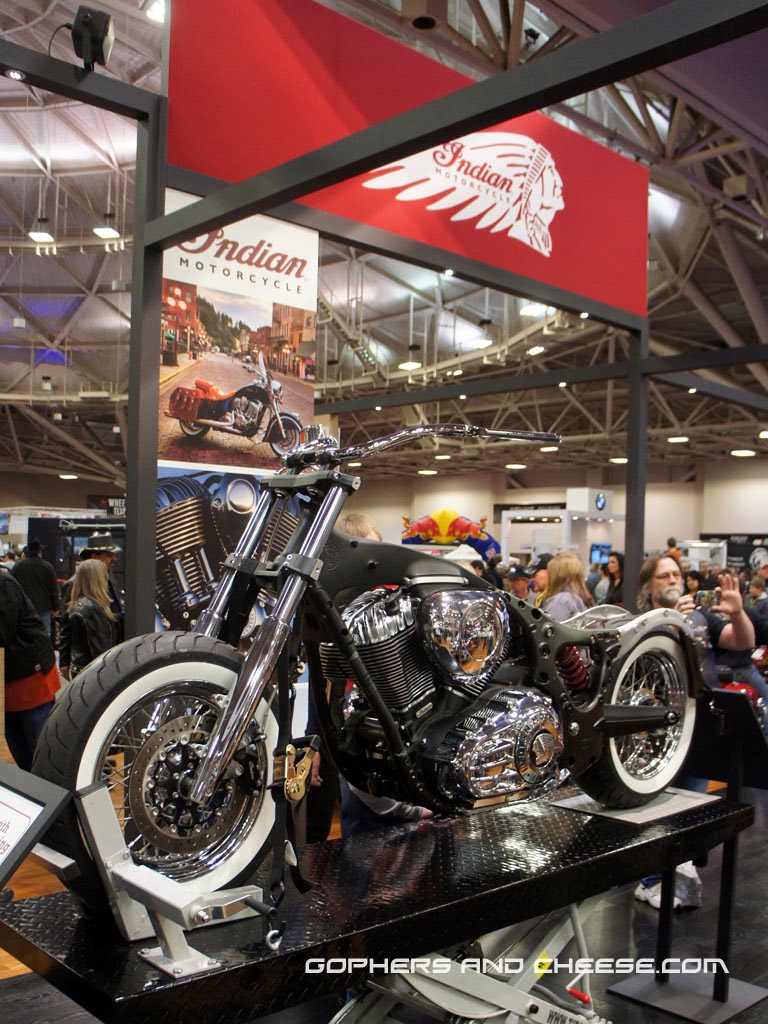 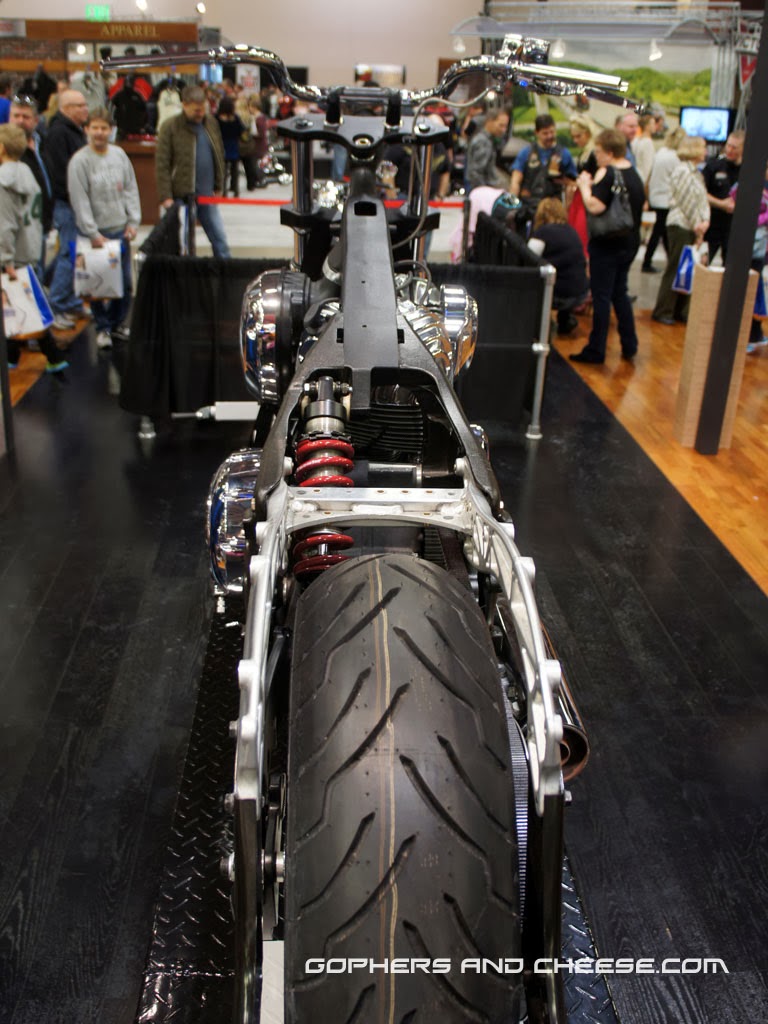 The Thunder Stroke 111 cutaway motor was much better to look at than Harley's waterhead (see previous post). 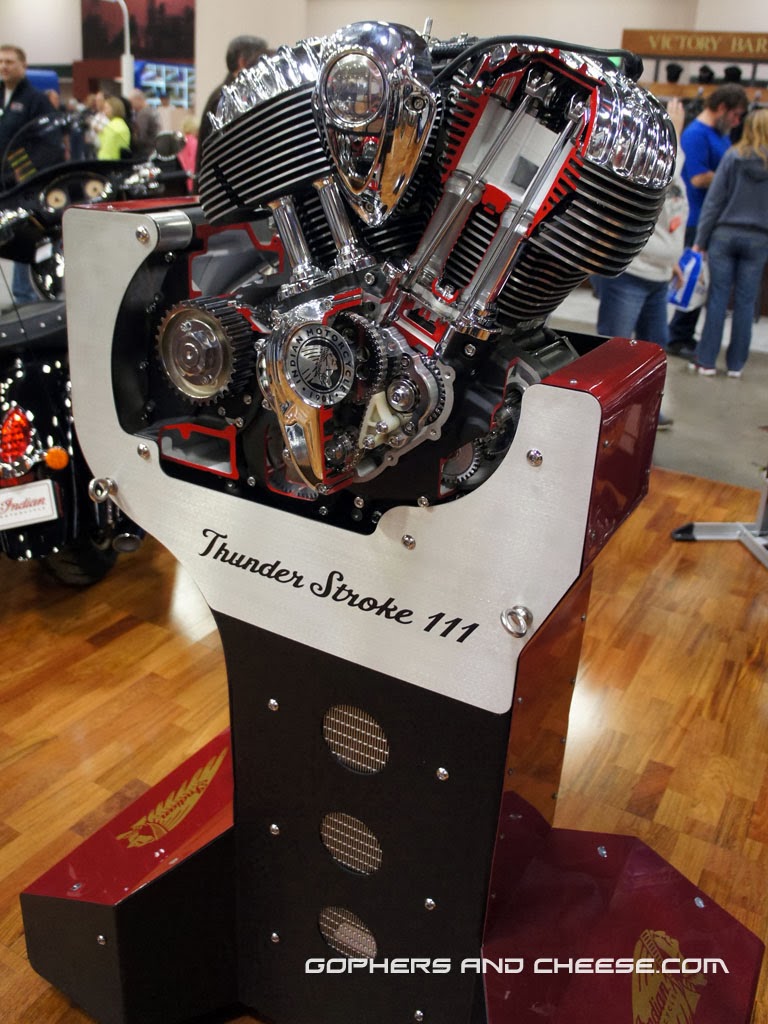 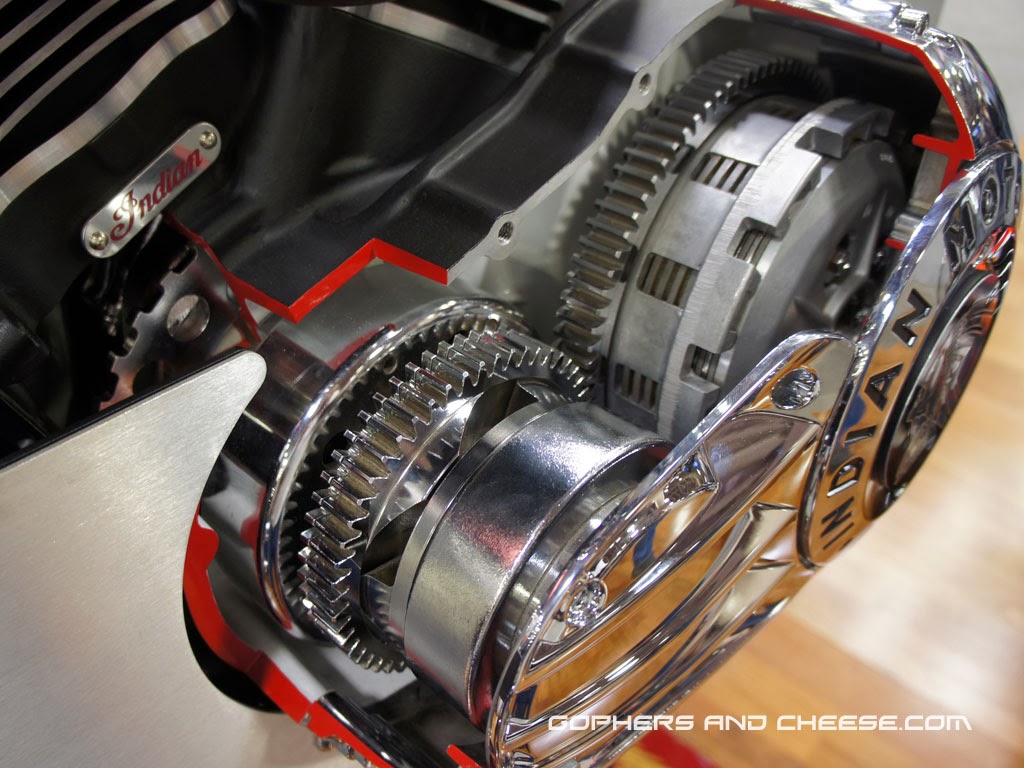 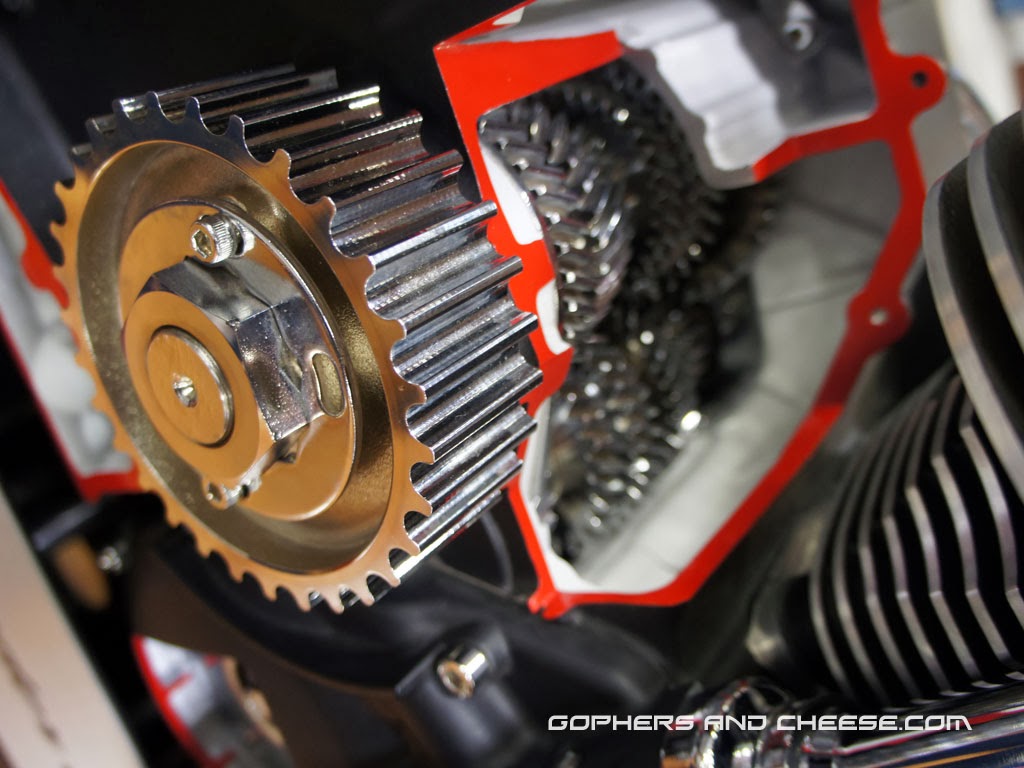 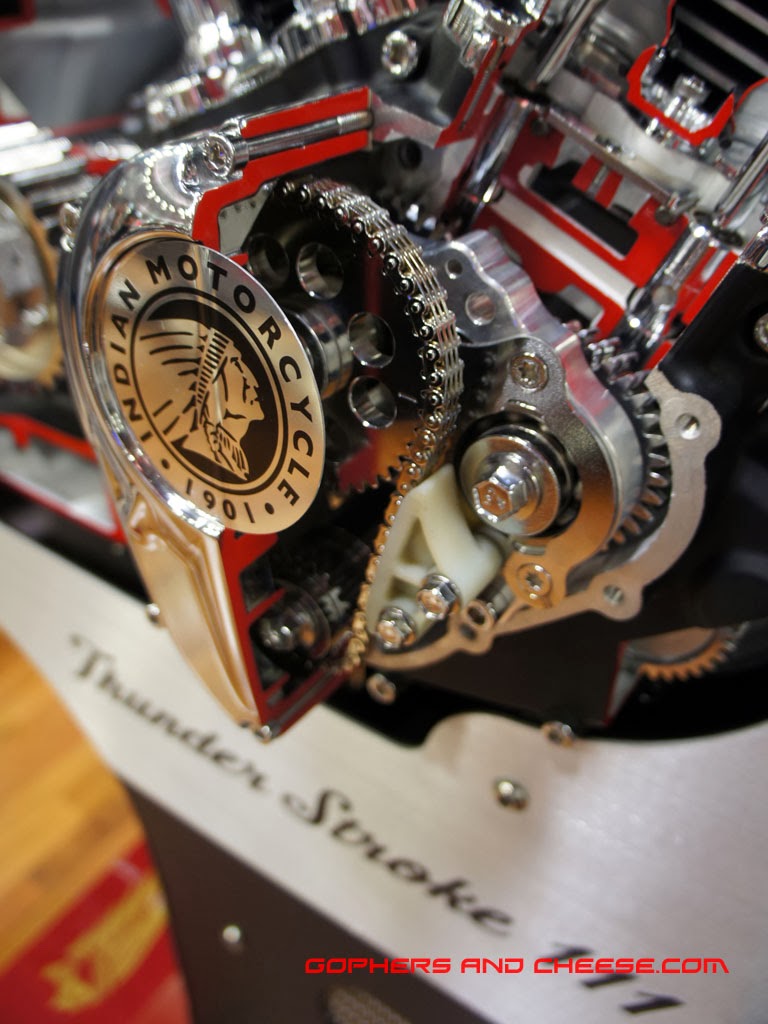 We'll keep the salt flats-racing theme going with a very special Triumph up next.