There were quite a few lovely booth girls at the Minneapolis Progressive International Motorcycle Show. 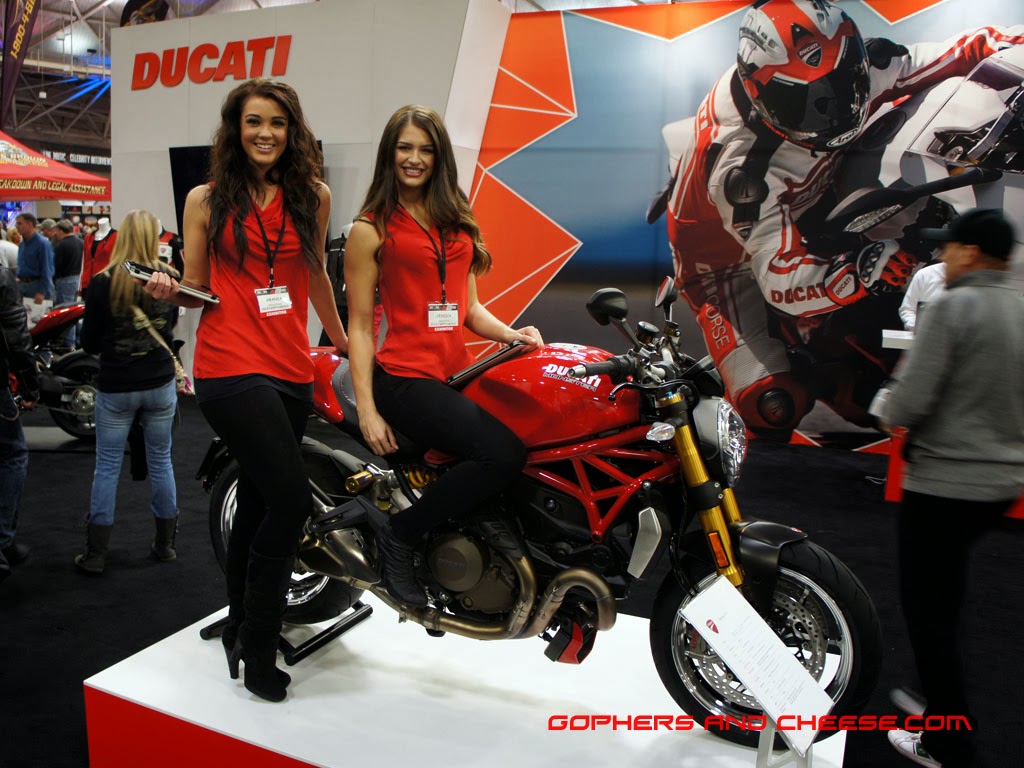 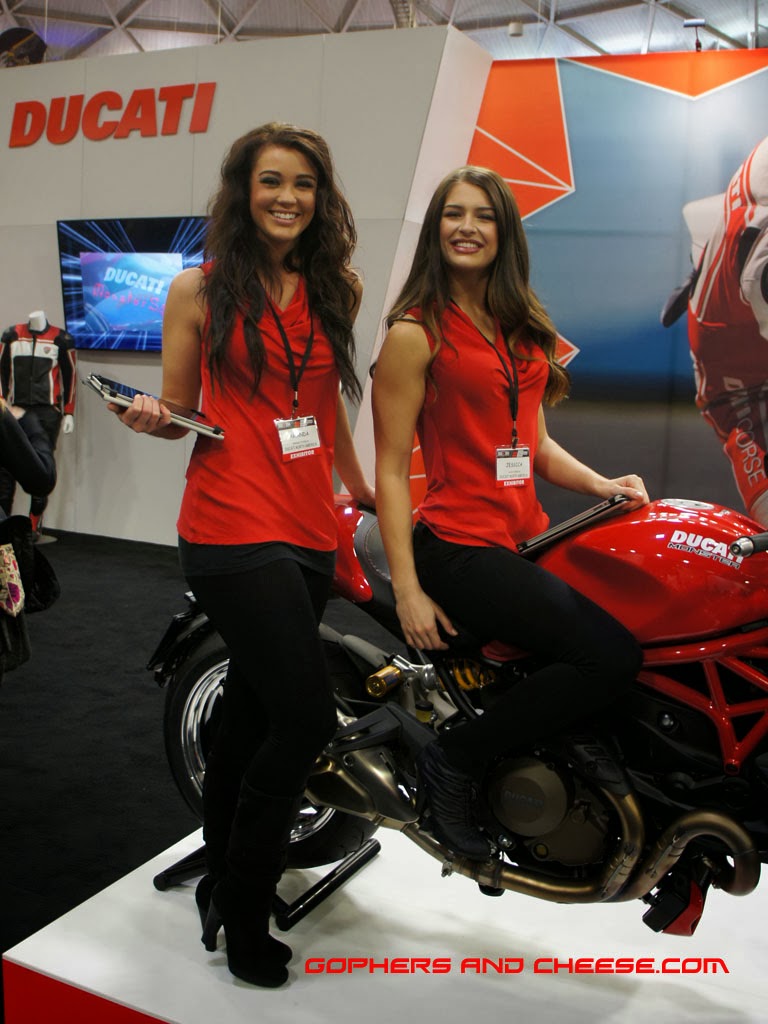 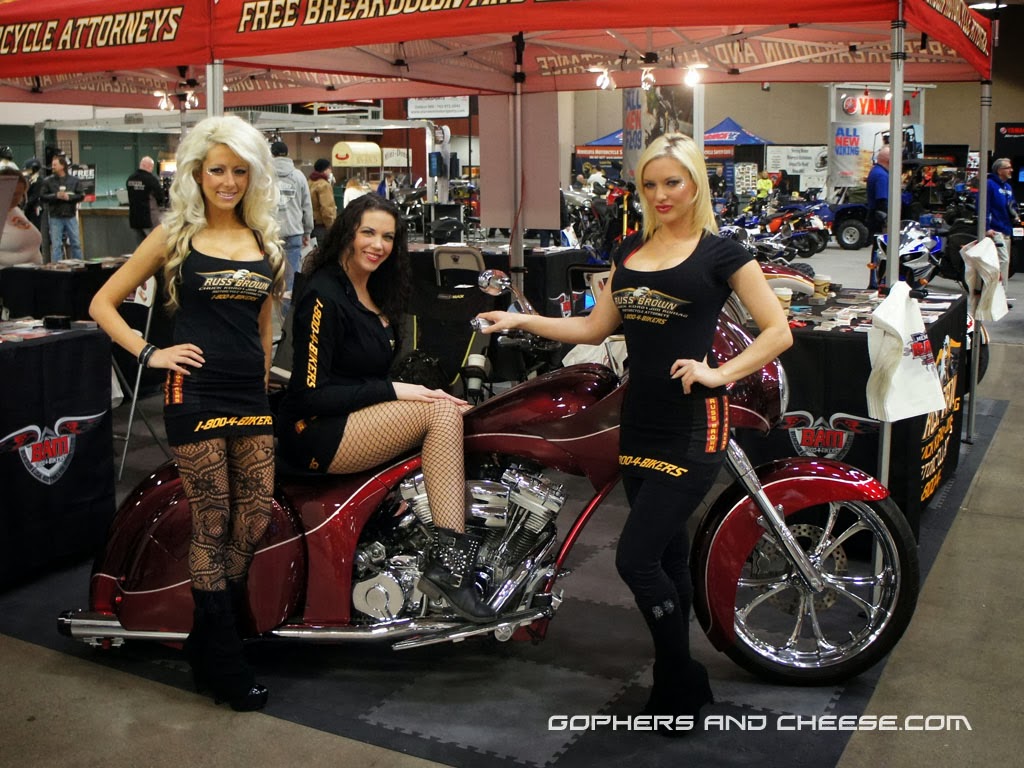 and Harley-Davidson, among others. 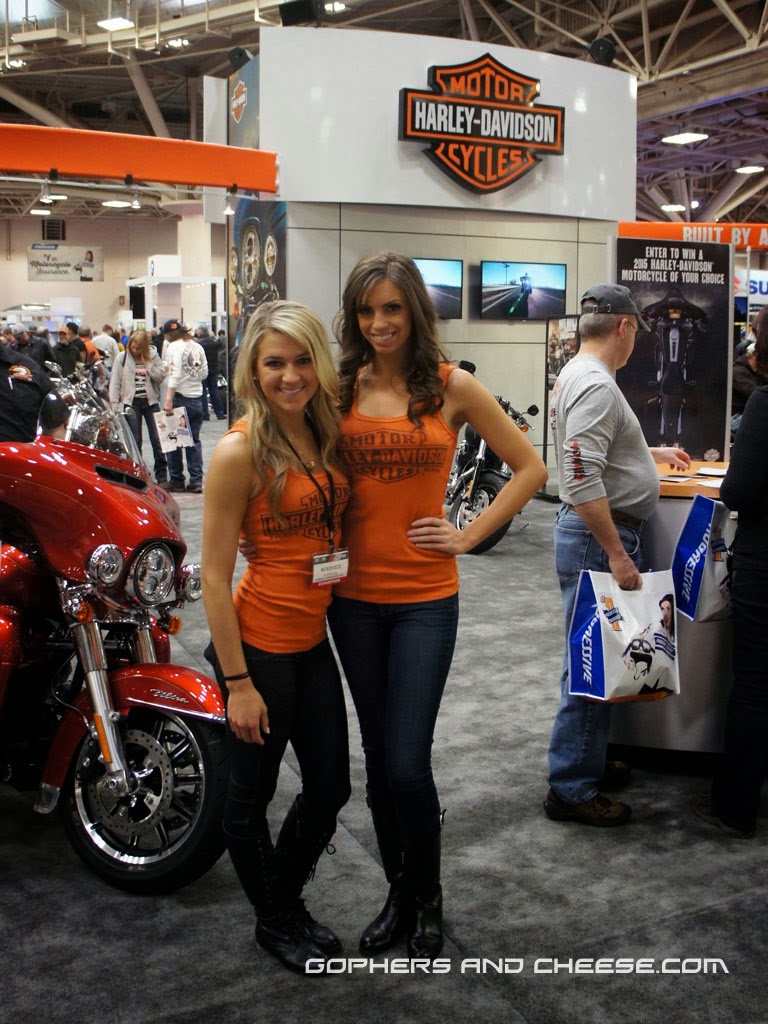 Speaking of the Harley booth, I was really disappointed that they did not have their new Street 500 and Street 750 bikes on display.  I am used to seeing new Harleys at the show before they hit the market and thought I'd have a bunch of gigantic radiator photos to share with you.

The only thing really new on display was a cutaway version of their water-cooled "Project Rushmore" engine.  We're all just going to call them "waterheads", right?  All things considered, I think the MoCo did a decent job hiding the radiators but I'll keep my air-cooled Harleys, thanks. 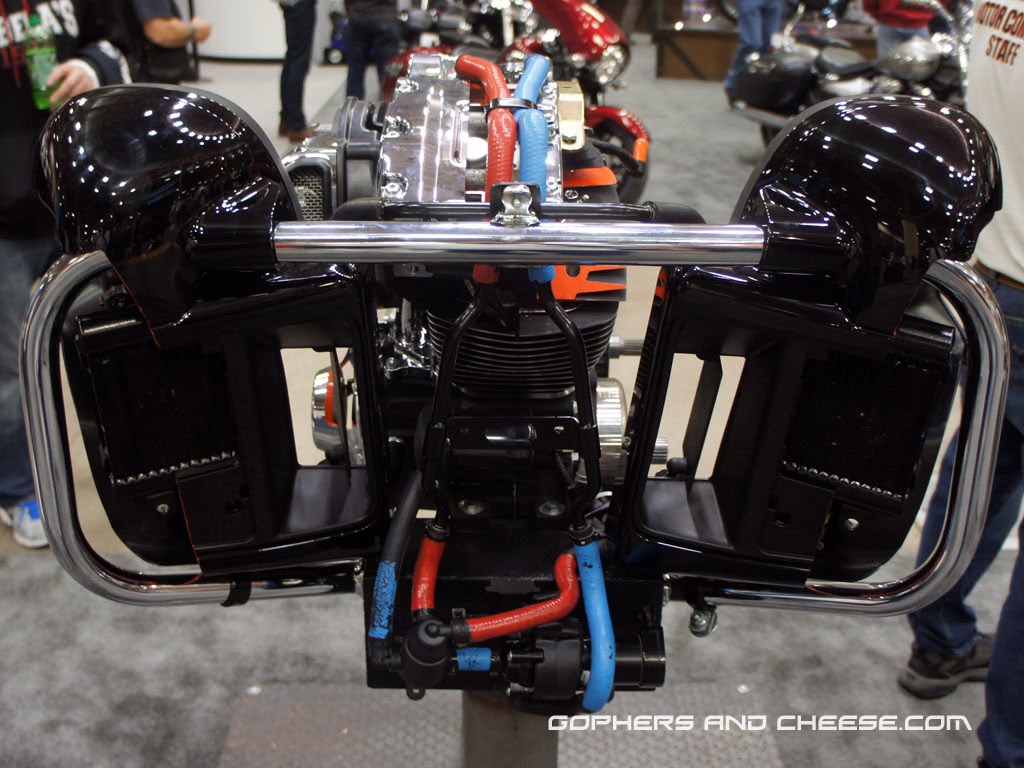 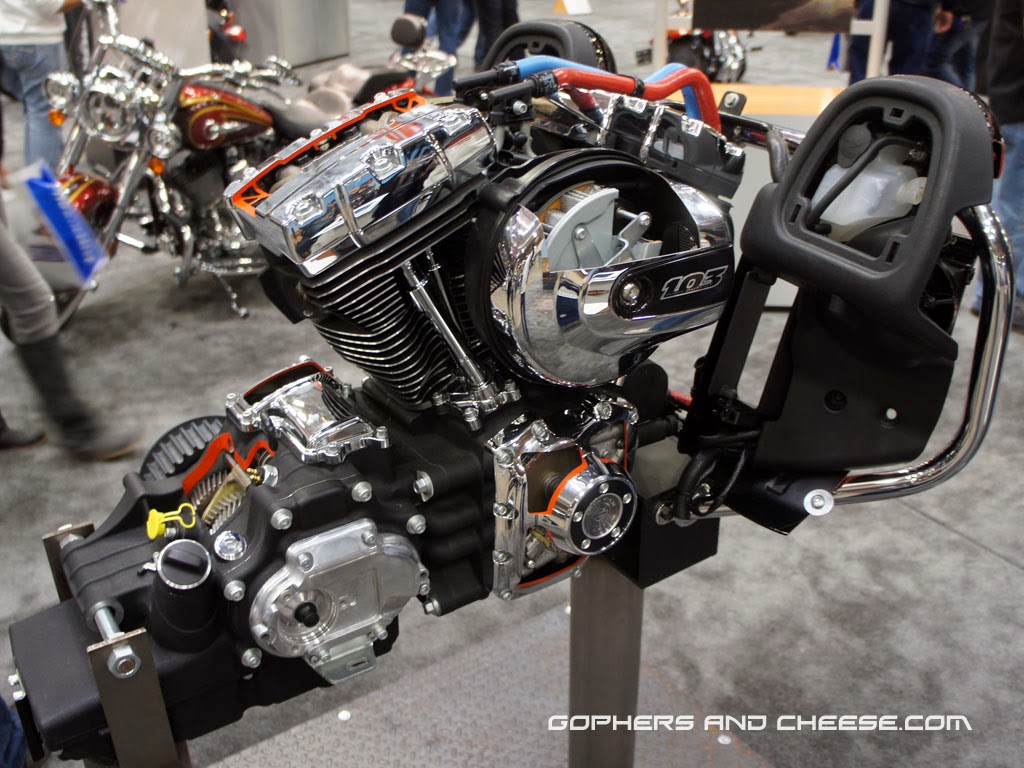 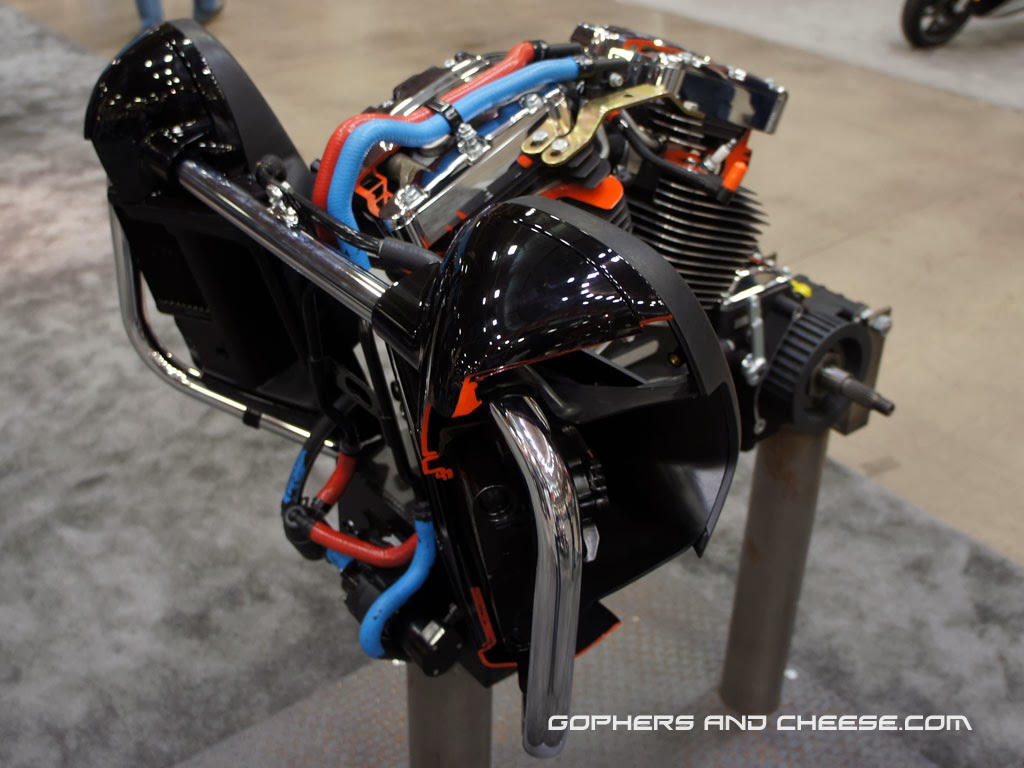 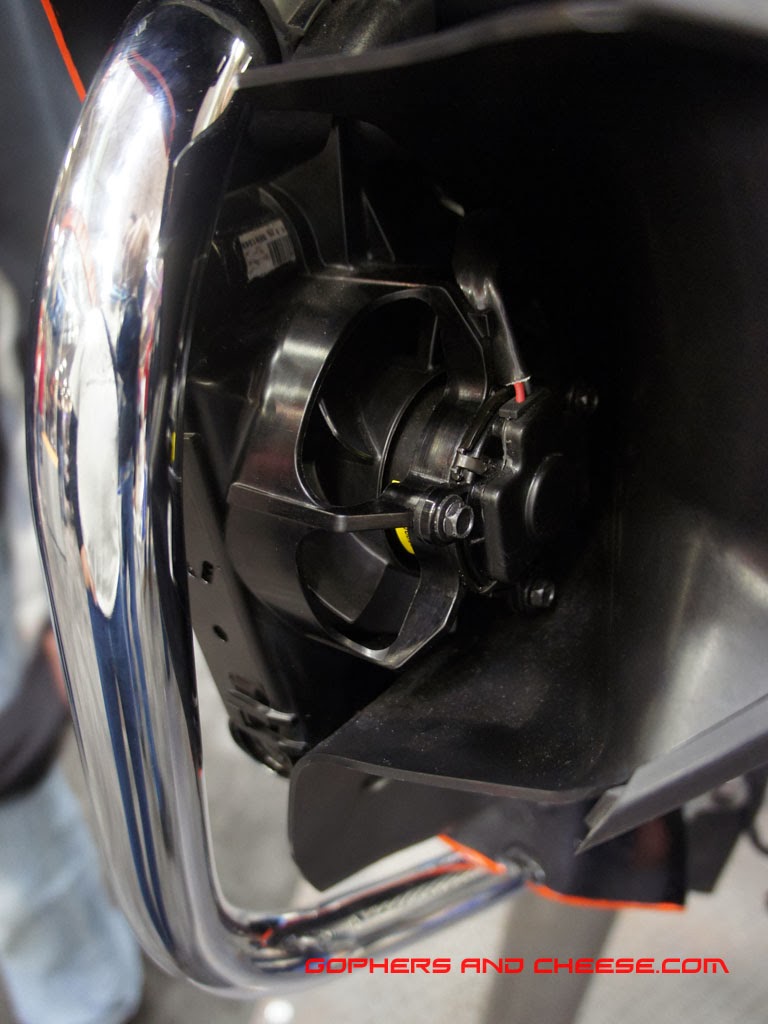 There really wasn't that much interesting to see at the Harley booth.  They did have this nice-looking Seventy-Two.  However, I can't look at a Seventy-Two's metal flake paint job without hearing my dad's voice telling me, "it looks like a bass boat."  :) 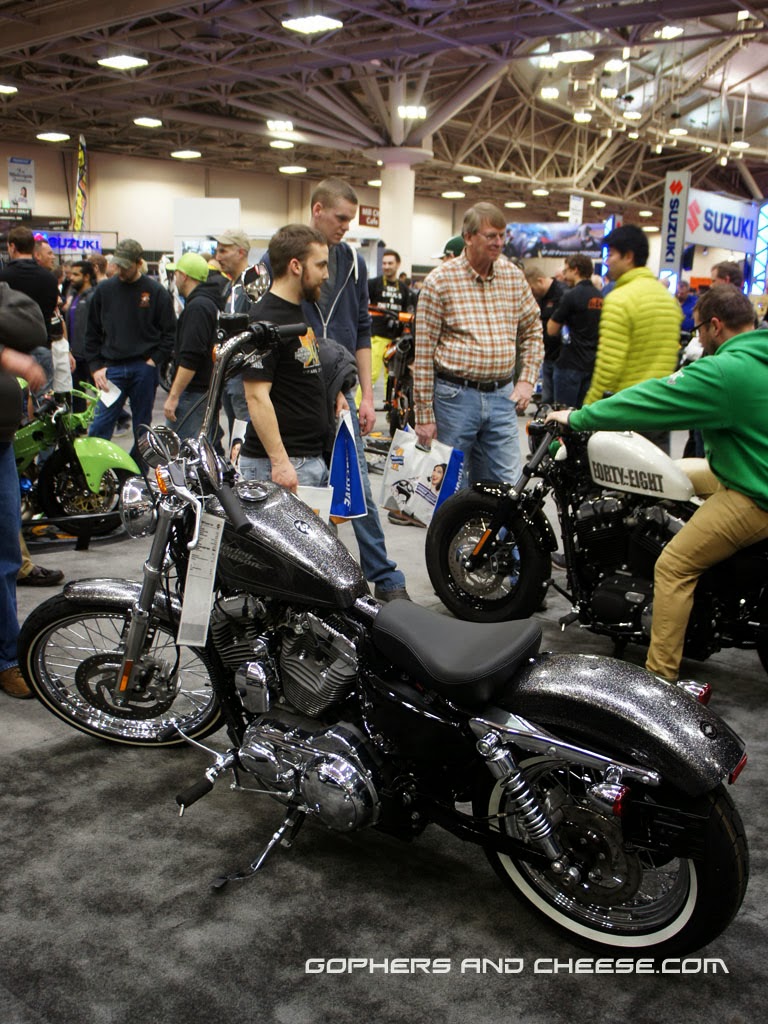 Indians are up next!