The Progressive International Motorcycle Show was last weekend and I attended Saturday morning.  It was my eighth consecutive year attending the show.  I took well over 300 photos and have a little over 130 that I plan to post.

Normally, it's a fantastic show for checking out all the latest models from the major manufacturers but there is usually a good selection of custom and vintage bikes like this 1950 Harley panhead. 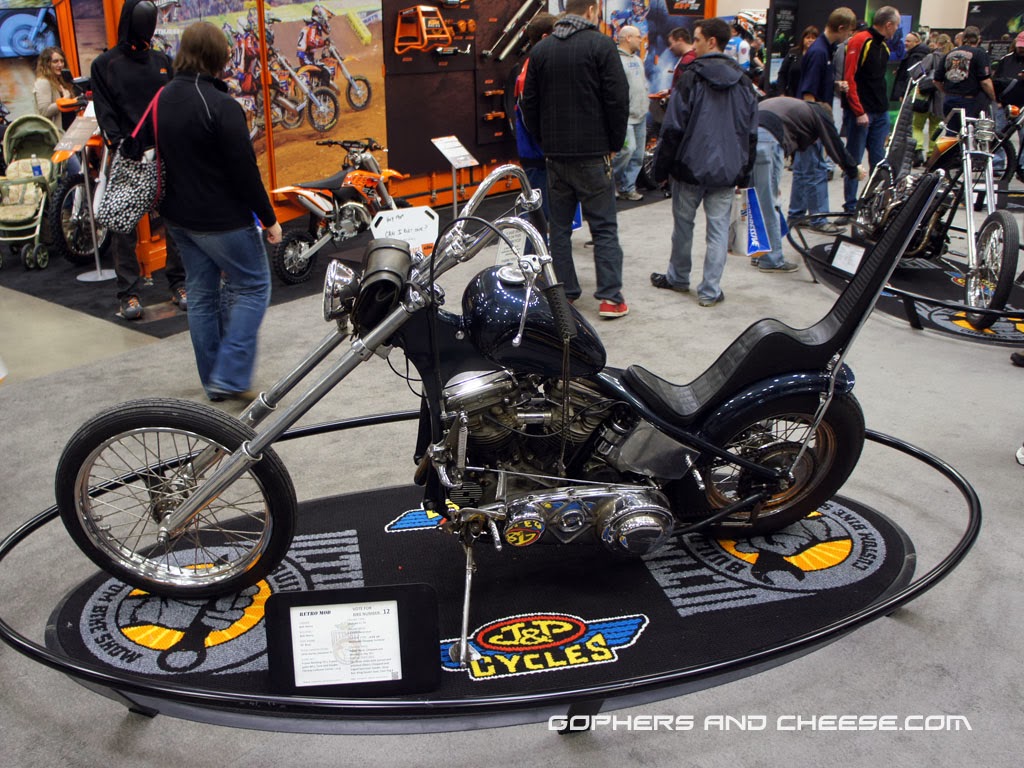 Since it's the first big show of the year, it's typically a good way to forget about the winter cold and daydream about riding weather.  In addition to the manufacturer displays, local clubs like Ton Up Minneapolis were in attendance.  Even though I was one of the few Harley riders, I had fun at their Rockers Spring Social and Demon's Death Ride last year (click the links for blog posts). 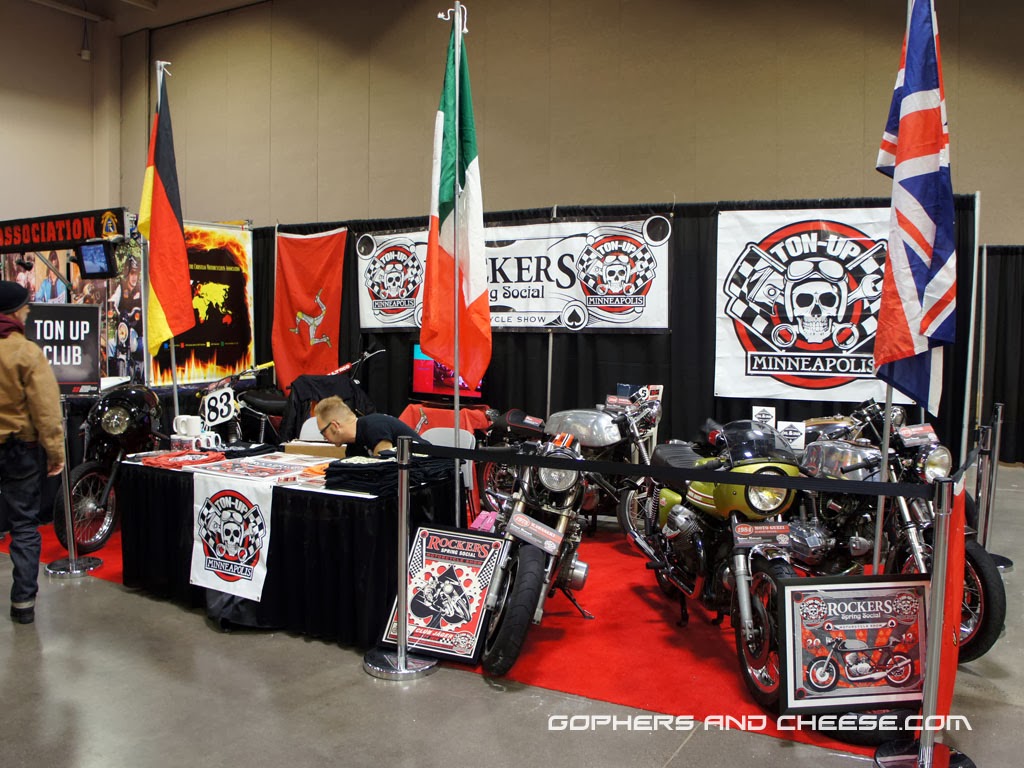 Manufacturers of aftermarket parts like Mustang Seats had displays too.  I've had Mustang seats on both my Sporty and Road King and they are extremely comfortable (my Sporty has a LePera at the moment).  I like Mustang's new customizable stitching program but my plan is to do something more custom to my existing Sporty seat. 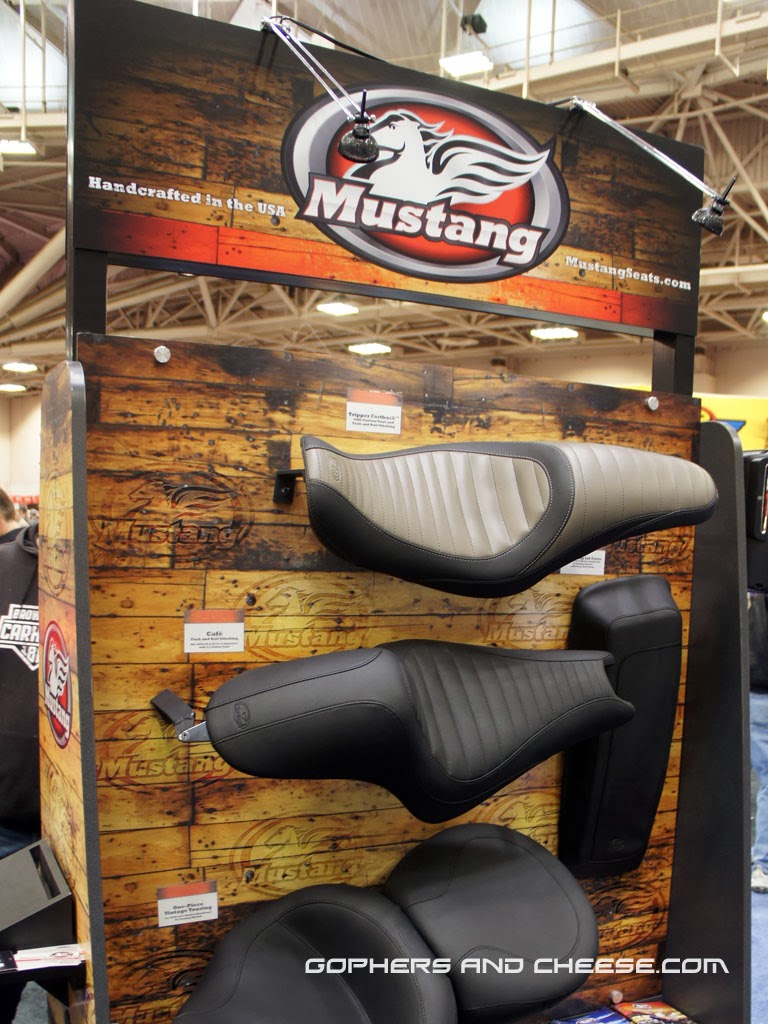 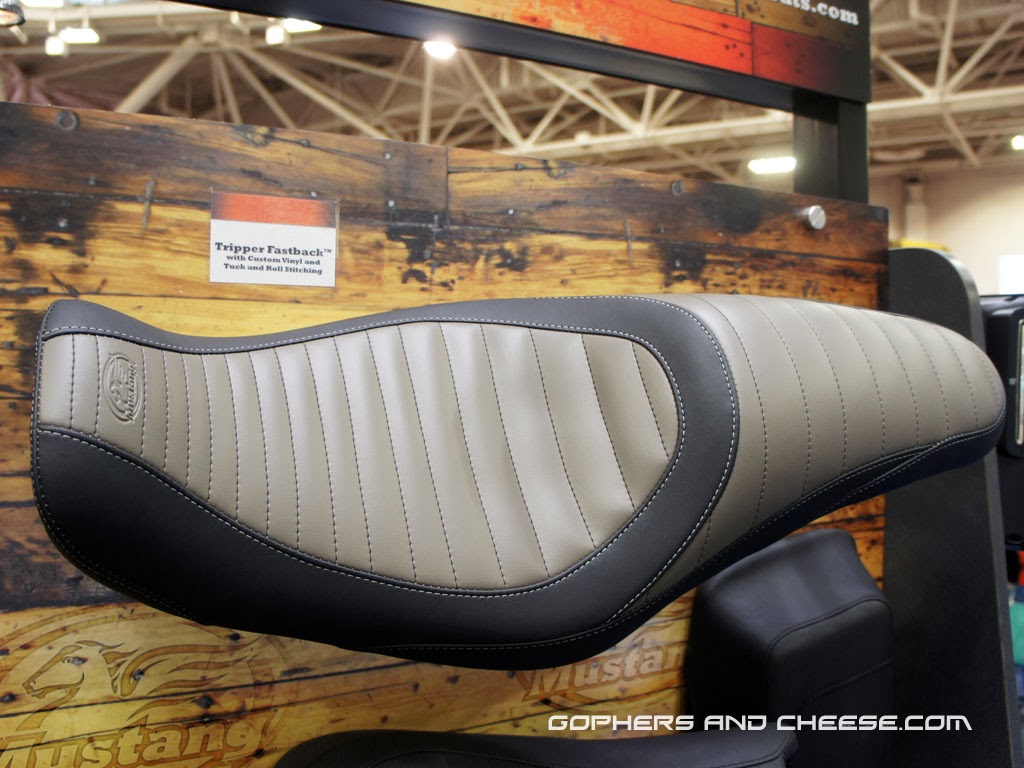 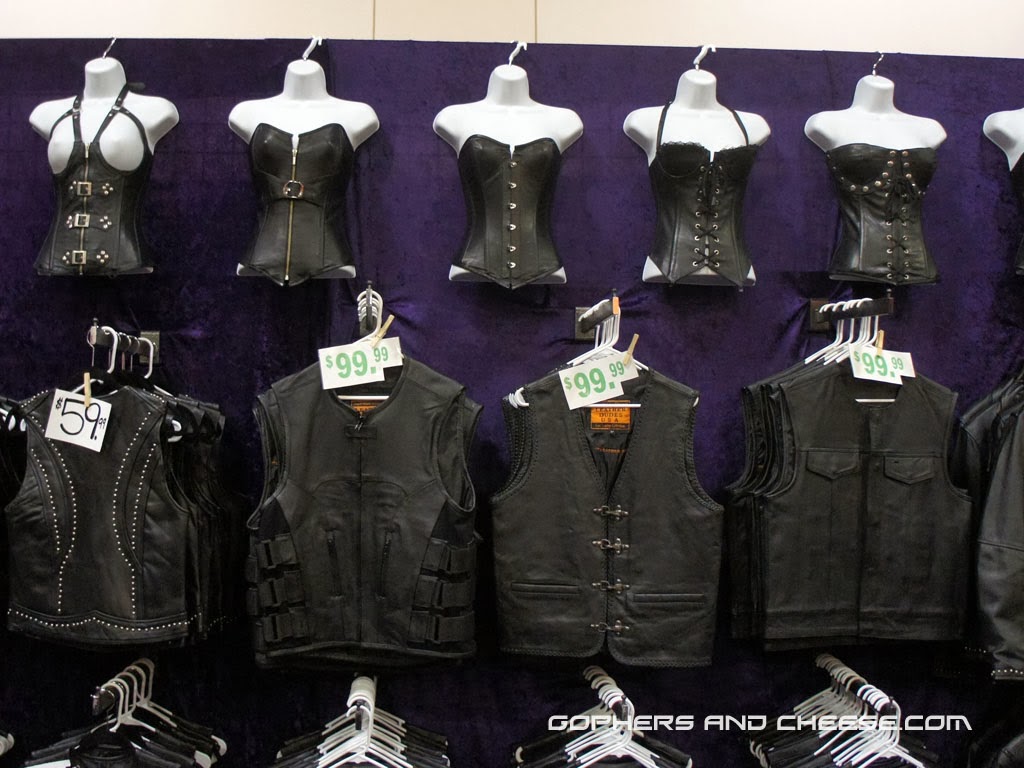 Not surprisingly, Progressive had all sort of displays including this oversized slot car track. 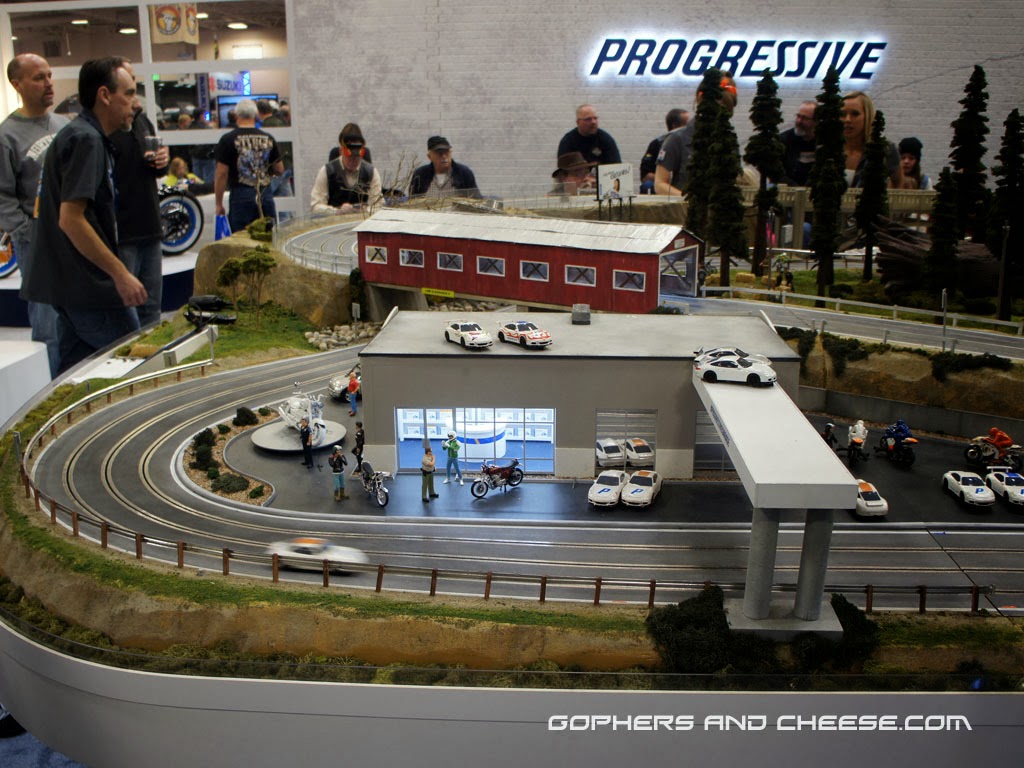 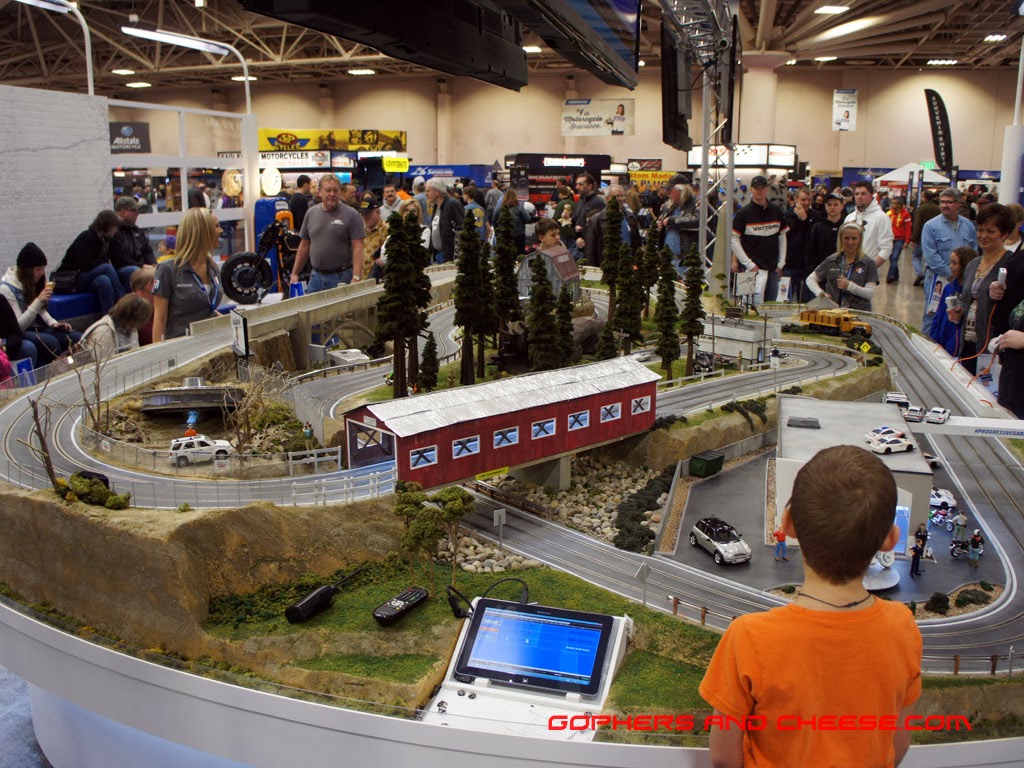 They had some custom-painted tanks on display too but they were up too high to get a good look at.  They had two from Nub Grafix, one of which is below.  "Nubby!" 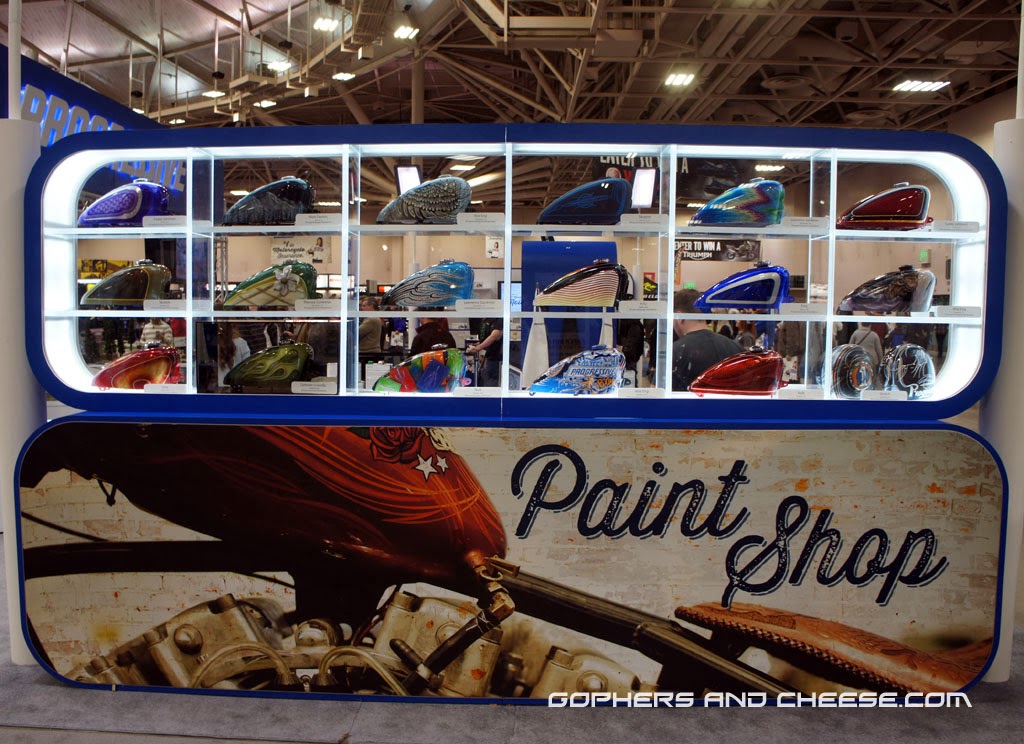 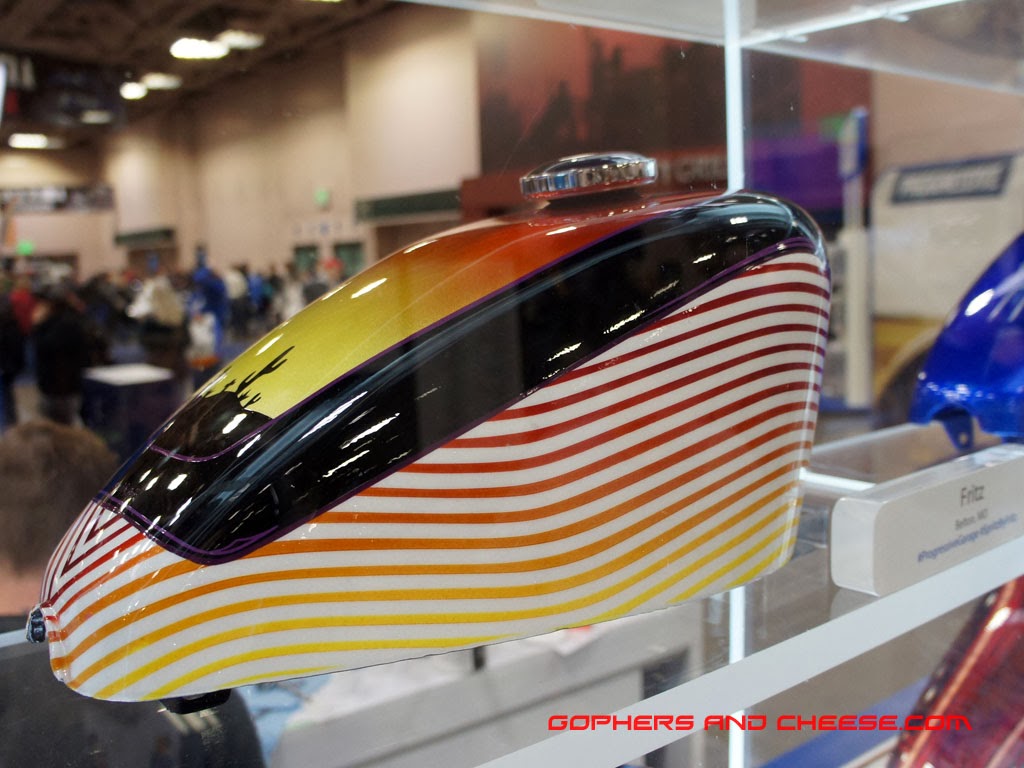 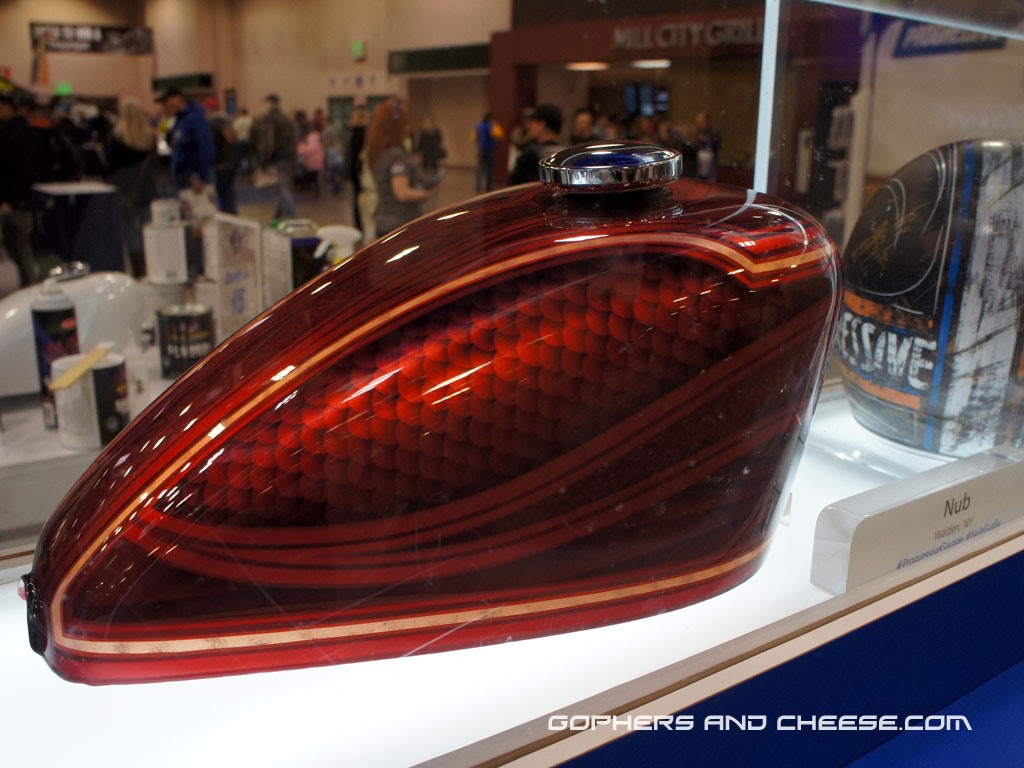 Something I don't remember from prior years was live music.  These kids were really young but they rocked. 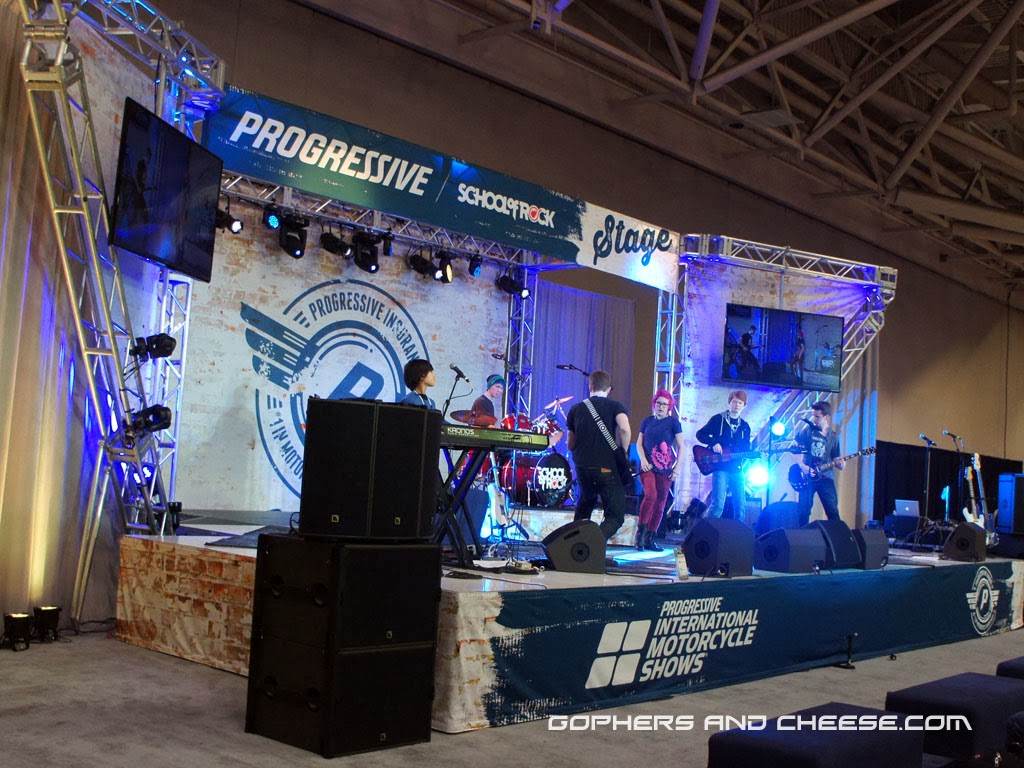 Now that I got a lot of the miscellaneous photos out of the way, I can get to some slightly-more-organized posts. Keep coming back all week long!