Some people love burnouts and some people think they're stupid, wasteful, and juvenile.  Personally, I think burnouts unnecessarily abuse a motorcycle and tires certainly ain't cheap.  That said, I'm not above watching YOU destroy your own tire and bike.

I've seen burnouts at the bars in Sturgis.  I've seen burnouts on public roads in Minnesota & Wisconsin.  I've seen the guys with the special tires that cause fancy colored smoke clouds.  I've seen guys do burnouts until they pop their tire.  I've even witnessed one bike burn through two tires in a row.  However, none of that compares to the burnout Brett Ohland from Two Eight Customs did at Scooter Trash 3 on his XL1200 Sportster.

When I first noticed the unmistakable sound of a burnout, a turned to see a cloud of smoke rising up behind my bike. 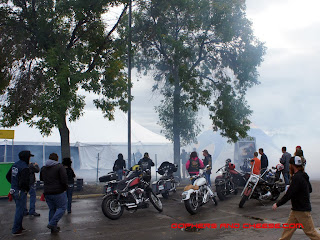 Upon closer investigation, it seemed to be a typical burnout as smoke poured out behind the rear tire of this Sportster. 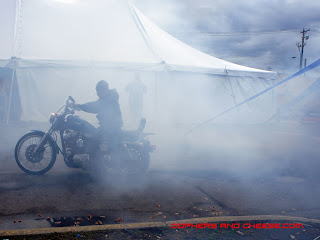 The tire popped leaving a trail of shredded rear tire behind it. 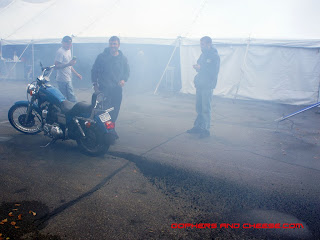 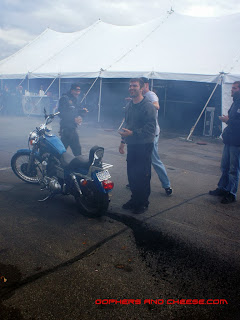 If this were a typical burnout, that would have been the end of it and he would have just pushed it onto a trailer.  However, Brett got back on his bike and proceeded the push it even harder. 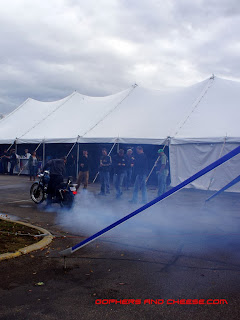 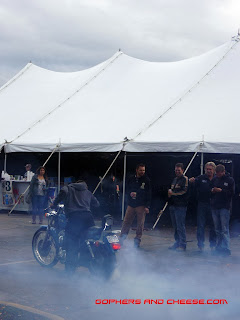 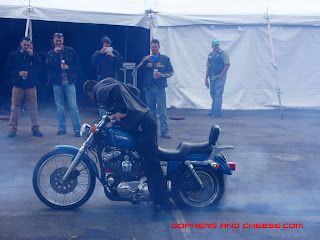 Photo by photo, you can see the tire slowly disintegrate. 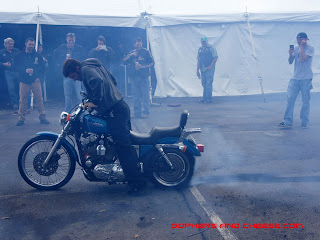 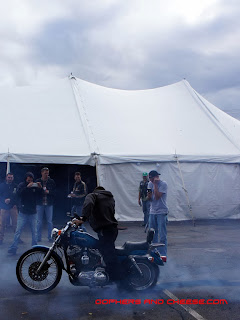 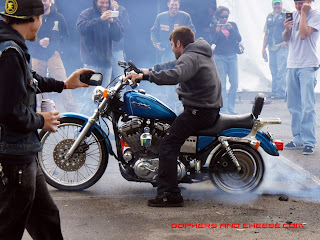 By the end, nothing was left but rim. 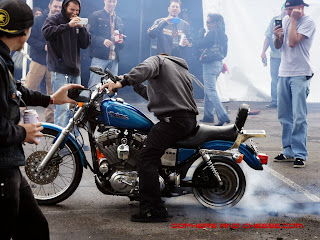 I didn't take any video but a video of the burnout (and Brett's wheelies on his other bike) were posted on the Scooter Trash 3 Facebook page.

The burnout aftermath is up next.