I am pretty sure Pearson Customs was heavily involved in the organization Scooter Trash 3.  After all, Chad Pearson created the Facebook page for the event.  Anyway, here's his awesome panhead.  I miss the gas cap he had at Donnie Smith (blog post here) but I suppose anything less than a flying naked lady is going to disappoint. 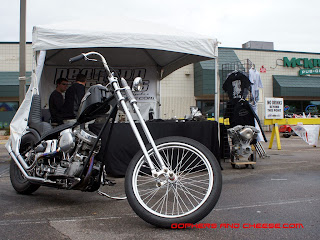 While I think that was the only panhead at the show, there were a few knuckleads.  First up is Watermelon Pete's knuckle.  This thing is awesome and I've been lucky to have seen it a few times now at First Thursday, Full Tilt, and the Konawerks show. 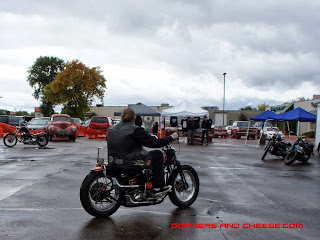 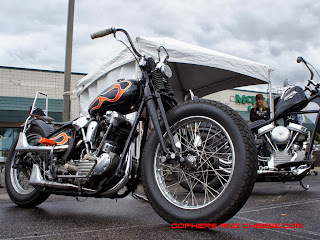 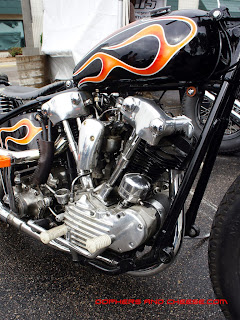 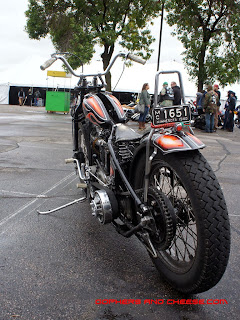 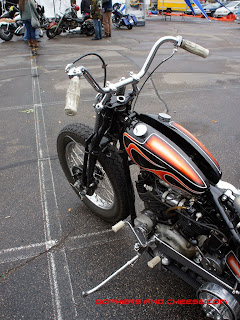 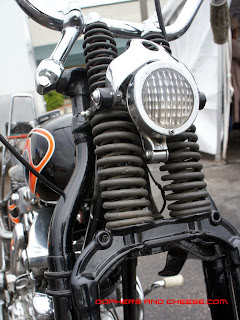 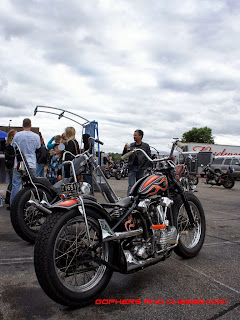 I don't know who owns this one, but this blue knuckle looked very original and had a great look to it. 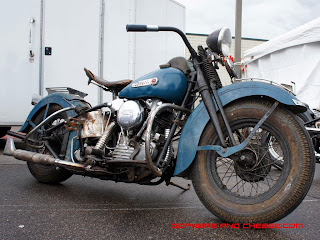 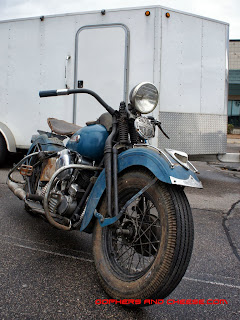 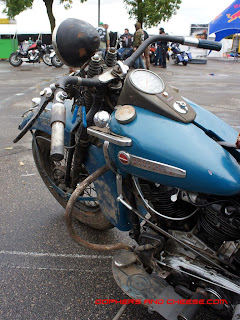 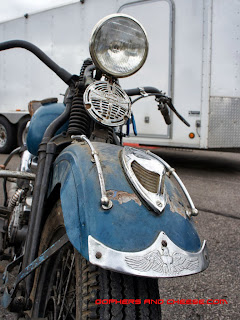