While I left my bike at home, a few brave people rode out in the very cold, wet weather to the Frankensteiners Ball 8.

I like this 2010 Sportster 48.  The "Minnesota Jerk" seat matches a sticker I bought at Scooter Trash 3 so I'm guessing the owner designed both. 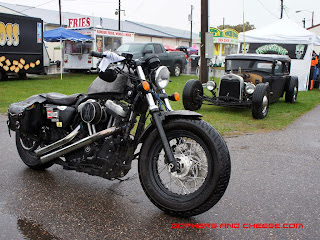 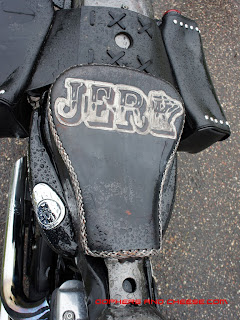 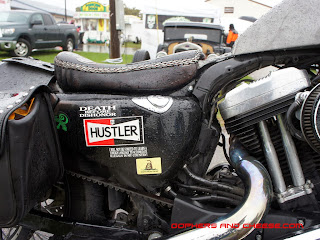 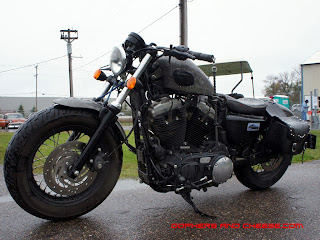 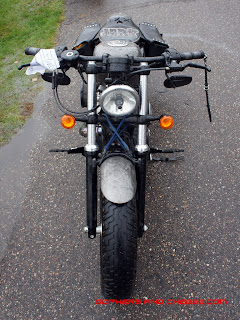 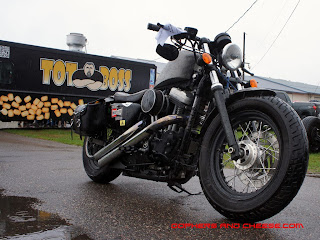 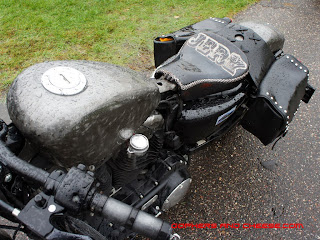 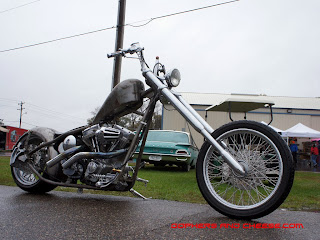 There was even a scooter (a Jawa I think) and a motorized bicycle. 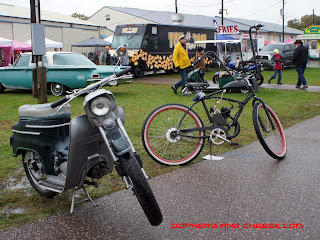 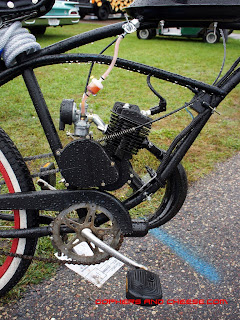 Here is a wider shot of the small handful of bikes that did show up including one sport bike.  For such a small group, it's about as diverse as you can get.  Note the lack of windshields and the lack of baggers. 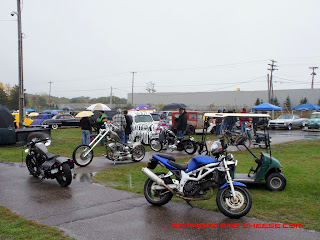 Finally, there was this cool ironhead Sportster.  It had a homemade devil's tail sissy bar and one of the biggest oil fill spouts I've seen on a bike. 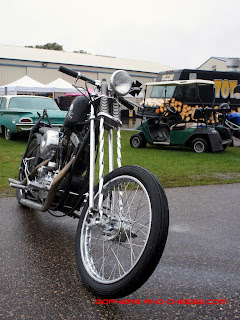 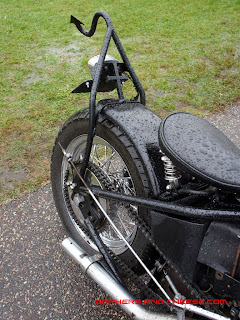 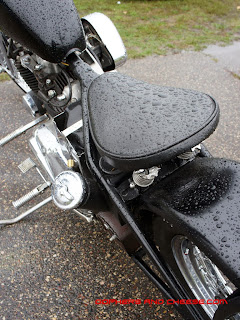 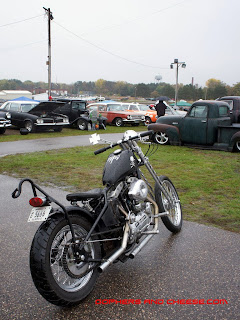 I snapped a quick photo of the owner heading out. 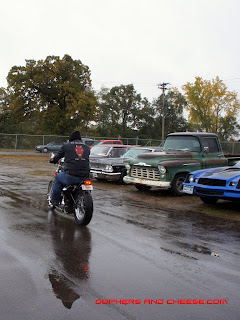 Two posts full of rat rods are up next.

So now I'm in the process of changeling out the clutch, the other stopped spinning and broke in half..., I purchased a new one online from a " pocket bike" web site, I'll keep you posted on that. auckland electric bikes