There were a lot of great bikes at September's First Thursday at Dulono's Pizza.  I've seen this beautiful hartailed Buell a few times before but it doesn't get old.  The tank says HotRat Customs. 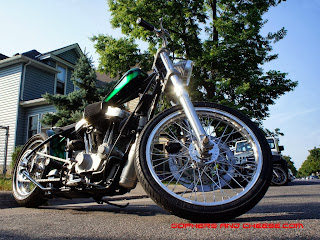 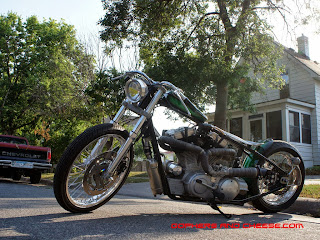 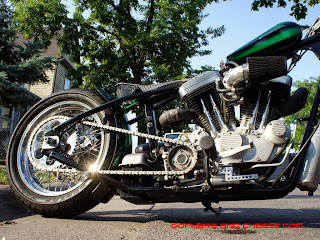 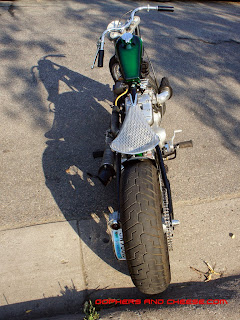 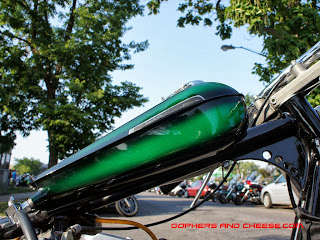 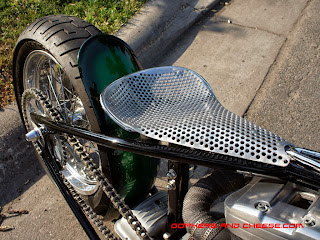 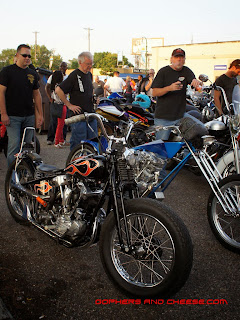 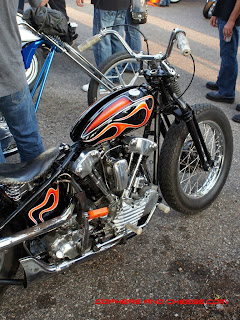 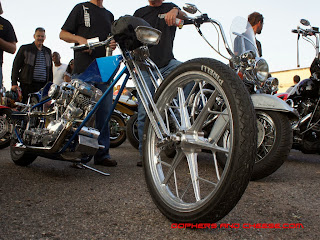 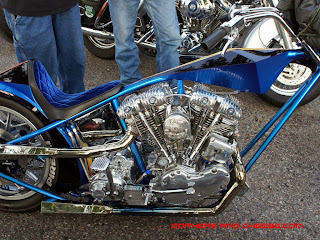 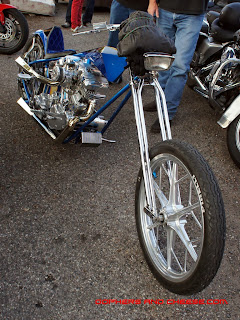 Cliff from MotoCogNeato was there too.  He's posted a couple of pictures of my bike on his site before. 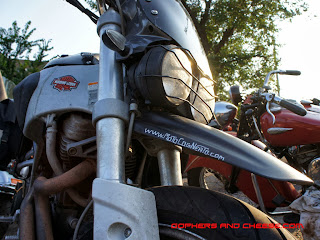 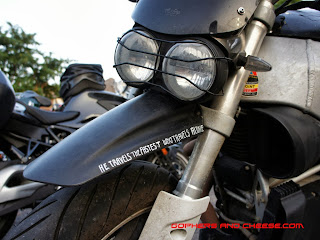 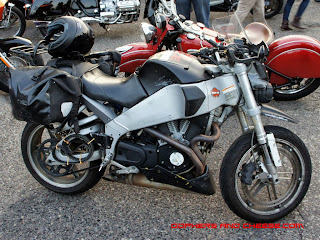 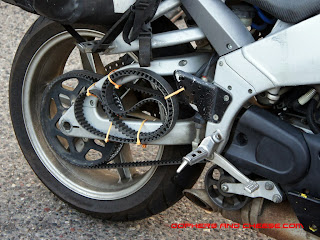 I tried my best to "motocogneatofy" one of the images above but I'm not sure what software he's using for effects so I couldn't really replicate it.  I think its some sort of posterization.  Oh well. 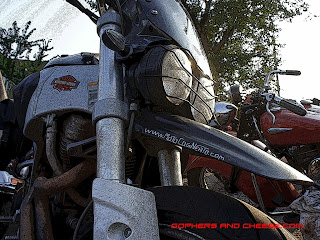