After finishing up MN-60E, I left Wabasha, MN and crossed into Wisconsin. 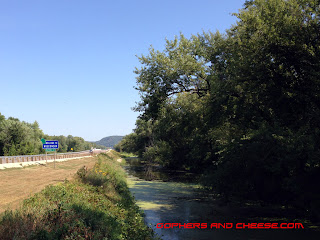 Nelson, WI is just across the state line and a large group of classic cars, all Pontiacs, were parked at the Nelson Creamery so I stopped to take a few photos.  I like all the various hood ornaments and the pair of really old ones even had wooden wheels. 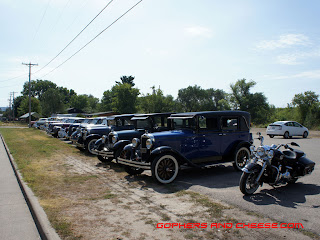 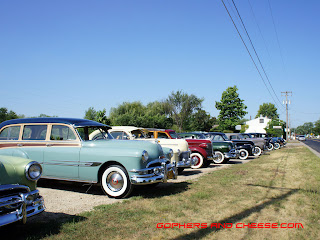 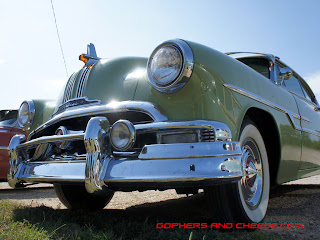 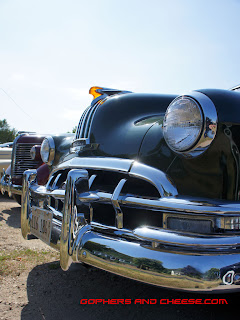 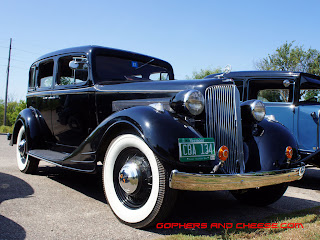 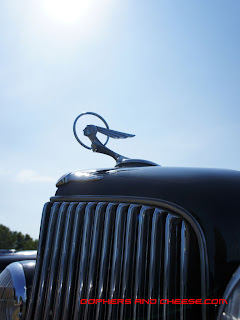 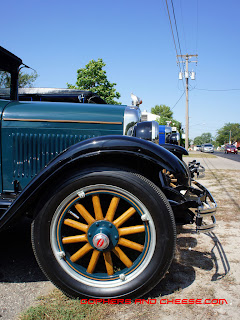 I continued south on WI-35 all the way to Fountain City.  From there, I headed up WI-95 to Arcadia.  I have never ridden WI-95 before and it was fun.  I had to watch out for a little loose gravel and some tar snakes close to Fountain City but the road steadily improved.  It's a fun road with a lot of curves and great landscapes.  Fun fact: Arcadia is home to Gold'n Plump chicken.  Not-so-fun fact: Arcadia does not have an arcade. 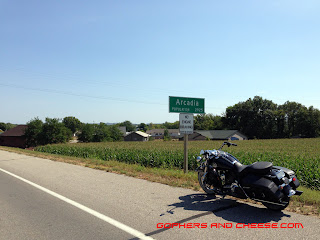 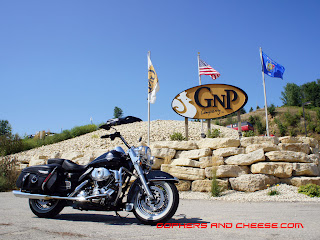 I headed back towards Fountain City and I swear the ride was even better headed in that direction.  I stopped along the way to take a few photos (just in case you know this road really well, yes, the bike is facing north as I turned around briefly to take these shots). 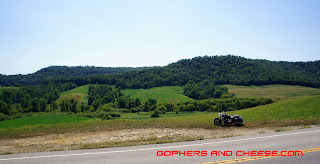 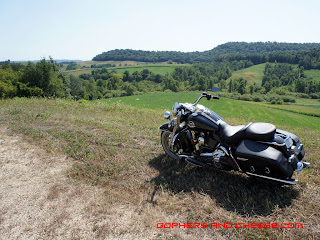 At this point, I was really hungry so I hurried back to Alma as I saw a little BBQ place I couldn't stop thinking about, Pier 4 Cafe & Smokehouse.  I got there just before they closed at 2pm, drank a bunch of water, and cleaned my plate.  It was awesome. 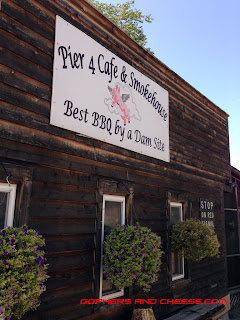 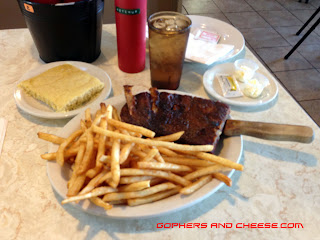 I continued north and it seems like there is quite a bit of construction between Maiden Rock and Red Wing.  It looks like all new pavement but construction crews had multiple sections down to single lanes as they installed new guardrails.  I hope they finish before the Flood Run.  After Red Wing, I headed up County Road O and snapped some photos at the Gas-Lite as people were getting set up for the SCVR Chili Feed. 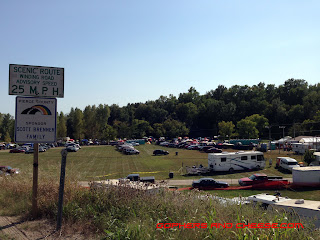 I zipped down Country Road OO, rejoined WI-35, and stopped briefly in Prescott to chug a large Gatorade before riding home.  Did I mention it was hot?  I got stuck in traffic but made it home around 5:30.  Overall, the day was awesome.  I set out to ride and I rode.