The 48th Annual Fall Flood Run was last Saturday and it was my 9th time on the run (5 Spring & 4 Fall).  This year I was riding completely solo with complete freedom to do what I wanted.  I decided to do things a little differently.  You might say I did an extended Flood Run and you might argue I didn't do the Flood Run at all.  That will all make sense soon.  Keep in mind the Flood Run is basically just a day of riding up and down both sides of the river (MN & WI) between Lake St Croix Beach, MN and Winona, MN.  You don't have to start in Lake St. Croix Beach (many people do) and you don't have to do the full run.  Lots of people do their own thing.

I got an early start and stopped at the Beach Bar in Lake St. Croix Beach and bought a wristband.  Seriously, it's for a good cause, Gillette's Children's Hospital.  If you participate in the Flood Run and don't buy a wristband, it's like punching a sick child in the face.  Buy a damn wristband. 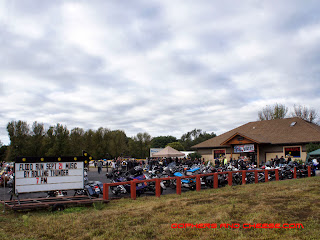 The official start of the ride departs the Beach Bar at 10:30am but I arrived shortly after 9am and I wasn't planning to stick around. 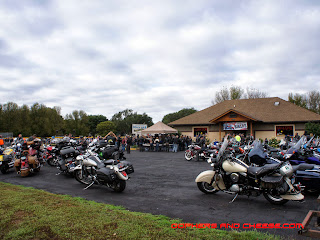 They had some live music, which was cool and I don't remember that in past years. 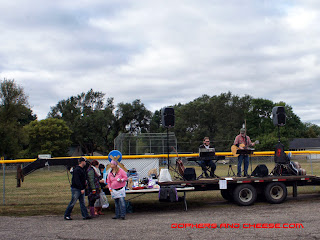 I walked around to look at bikes.  This springer had a bold seat cover.  Bikes like this are a big part of the reason I stopped posting all of my photos in black-and-white.  You could never appreciate this photo in B&W. 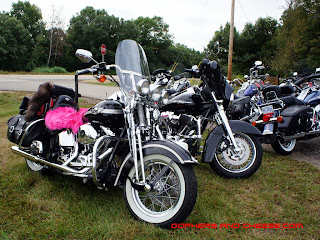 Interesting use of a bottle of Jack. 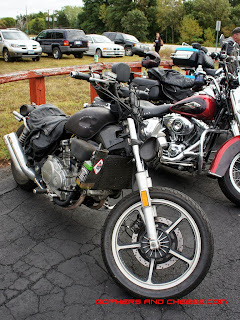 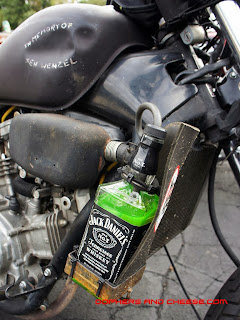 I left shortly after arrive and headed towards Prescott.  I turned around briefly to snap these shots. 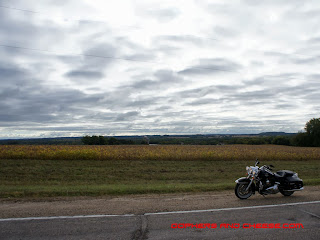 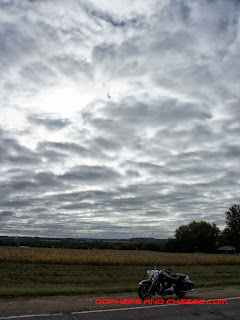 As you can see above, the cloud cover was thick and it made for a chilly ride.  It wasn't "Spring Flood Run cold", but it certainly wasn't warm.  The thought of pie and coffee at Smiling Pelican Bakeshop kept me going as I blasted past Prescott and Diamond Bluff towards Maiden Rock.  Traffic was light and I felt like I had many stretches of road to myself.

I was VERY disappointed to find Smiling Pelican was closed that day.  In fact, it was so early, Maiden Rock (normally a packed destination) looked pretty empty as vendors were still setting up. 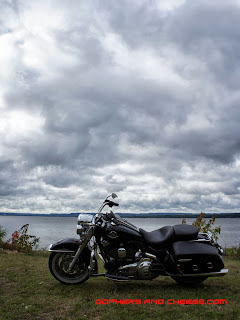 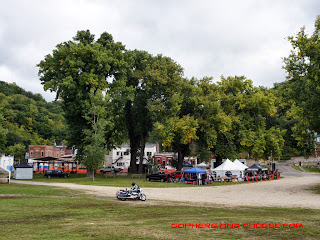 Just south of Maiden Rock, I stopped at Stockholm General in Stockholm, WI for a cappuccino which, oddly enough, was the only thing I ate or drank for the entire 435 mile, 11 hour trip.  It was a day of pure zen-like riding.  I have more photos to share but thought I'd just go ahead show you the full route I took.  Some roads were new to me and some were old favorites.