After checking out all the vans at the Chariots of the Gods Custom Van and Camper Show, it made me want one.  I always thought RV'ing across the country would be fun at some point in my life but these customized vans are sort of like mini RVs and they just seem so much cooler and have so much more personality than a giant gas-guzzling motorhome.  Maybe one day...  Anyway, here's a half-dozen Dodge vans to show you what I'm talking about.

This is the van I saw the Bearded Lady with the flyer for this show.  Last time I saw it, there was a unicorn pinata on it but, like I said, I'll get around to posting Bearded Lady pics eventually. 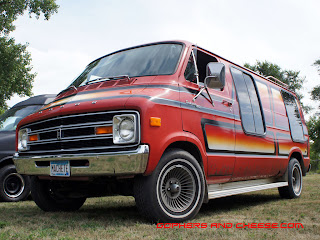 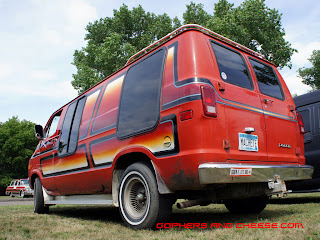 This StreetVan belongs to Red Desert.  I checked out some of their songs online and they sounded really good so I bought their album "Damned by Fate".  Now I'm bummed I didn't stay long enough at the Bearded Lady to hear them play. 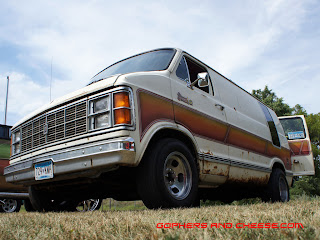 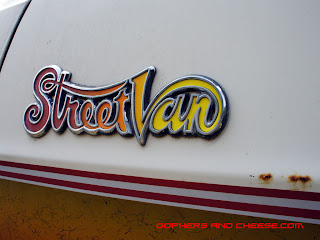 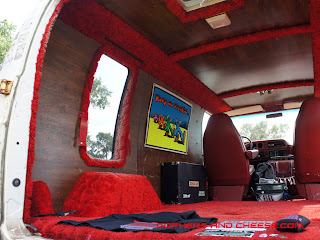 When I first saw this, I though it was Kevin Baas' since it looks similar to the one he had at Full Tilt.  It wasn't, but it's still cool.  Just to be clear, I'm not climbing in anyone's vans to get these pics - my camera has a zoom. 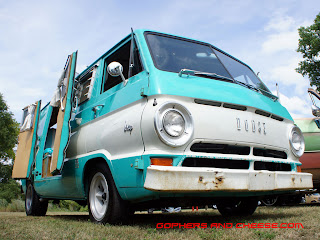 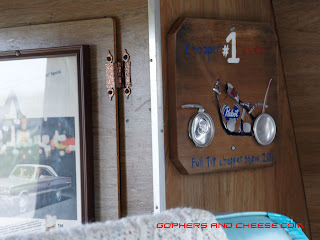 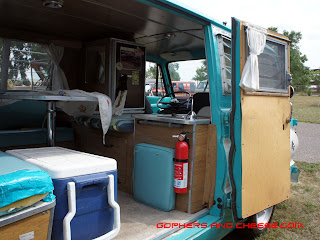 I know it's not a GMC and it's clearly missing the red stripe and spoiler, but every time I see an old black van, I think of the A-Team. 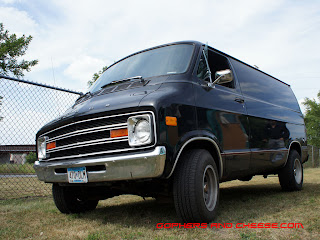 If you want to see the meaning of timewarp, these last two vans are over the top.  First was this blue 1977 Dodge Tradesman.  I believe it is owned by the guy from Vinyl-Lux and you can see lots of photos of it on the Vinyl-Lux website.  The polar bear rug is amazing and I'm pretty sure my parent's couch when I was a kid was made from similar material and had a similar pattern to the seat upholstery. 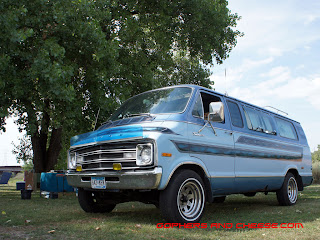 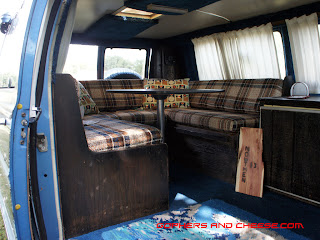 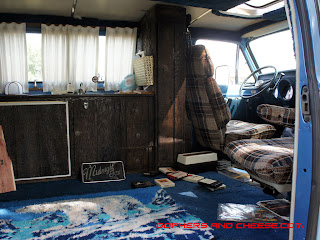 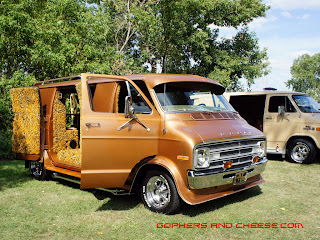 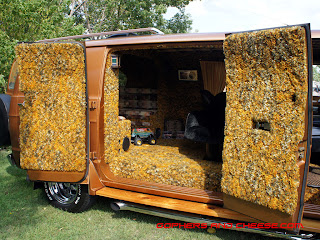 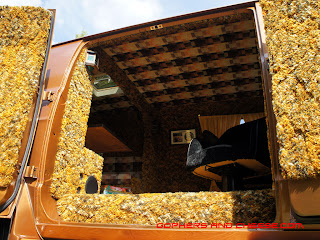 Be sure to check out the show next year!!!