So how do you make the best out of a bad situation?  For starters, I was able to check out the new 2014 Indian Motorcycle lineup on display there in the Polaris parking lot. 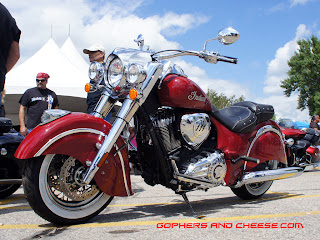 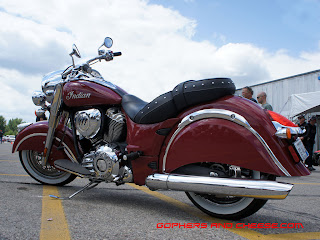 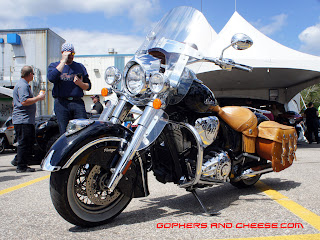 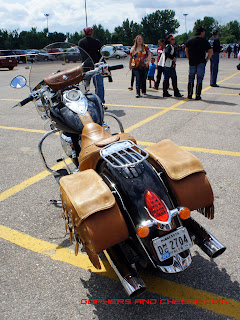 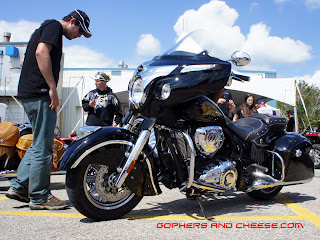 They weren't offering demo rides, but you could sit on them.  The seats were very comfortable and so was the handlebar position.  The bikes seems to be well-balanced with a low center of gravity.  They seemed like they were set up very well for touring.  Compared to the pictures I had seen, I thought the bikes looked better in person.  I really don't like the light brown leather on the vintage but to each their own. I'll still happily keep my Sporty and Road King.

I was glad I wore one of my Gophers and Cheese t-shirts to this event as I met up with Jeff, who I have known mostly through the Internet.  We had only met briefly in person before.  He saw my shirt and introduced himself at the first gas stop.  He had met a few other people on the ride and the five of us (Jeff, Sara, Ed, Roxanne, and I) decided to leave the factory, find a late lunch, and take MUCH better roads back to the Minneapolis.  Ed and Roxanne rode all the way from Chicago on their Ultra for the factory tour so that really sucked to be turned away from the factory tour.  The rest of us were at least from the Twin Cities area.

I'm really glad Jeff led our ride back as he took us down a few roads I had never been down before.  We stopped at this waterfall in Minnepoa State Park.  The water wasn't really flowing but I bet it would be awesome during the spring thaw. 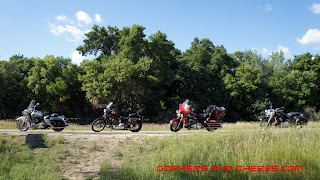 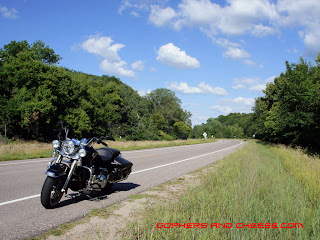 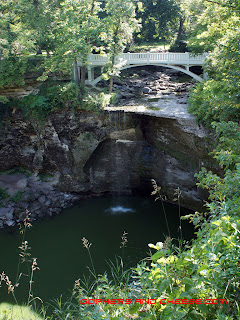 The best part of the ride (actually, the best part of the whole day) was the Scenic Byway we took a little past Mankato.  There were some wonderfully curvy roads on that stretch that were a blast.  I am pretty sure this is the route we followed:

Along that route, we stopped in Carver, MN at this awesome privately-owned vintage Mobil gas station setup.  Now I know who the guys from American Pickers sell all their stuff to. 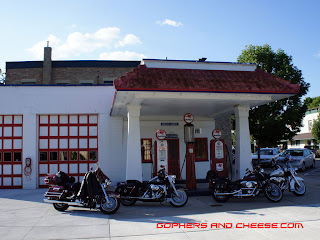 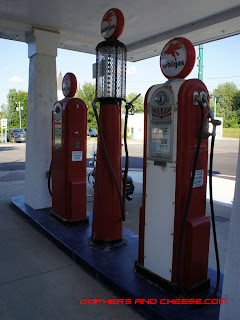 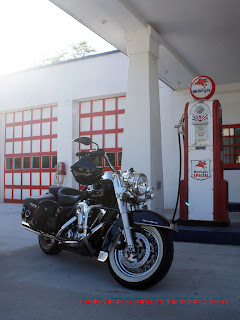 So, to recap, the Indian Motorcycle Factory Tour was a complete disaster as an organized event but the weather was beautiful (in Minnesota at least), I met some good people including Cyril Huze, and had a very fun ride back home with new friends.  It turned out to be a good day after all.

By the way, if you read Cyril's account of the day (here), he apparently got a tour of the facility.  I left a comment on his article trying to set the record straight regarding what happened to the rest of us.