The ride from Indian Motorcycles of the Twin Cities to the Polaris factory in Spirit Lake, IA was just over 200 miles.  Annoyingly, we took the interstate (I-35 to I-90) and stopped 3 times.  We left around 8:15am and arrived about 12:30pm.  It was a great reminder why I tend to avoid group rides.

I was shocked when we rolled up on a packed parking lot with tents and bikes everywhere.  Well this was strange... 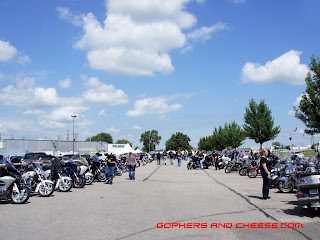 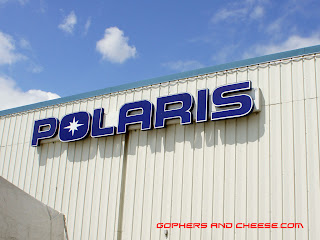 Not sure what was going on, we all parked near the back of the parking lot and made out way to the tents to for the factory tour.  Surely they were expecting us.  We find out that the tours are all full for the day.  If we want, we can sign up for tomorrow's tour.  Not only that, it sounded like the Indian lines weren't even running.  Only the Victory lines were running.  WTF!?!?!?!?!?

Based on the way this event was advertised by the dealership, I was expecting this to be a very special event and that our group was going to be the privileged few from the public who would get to see the Indian line running for the first time.  Would you interpret it differently???

Surely there must be a mistake!  After I and few others failed to sneak onto a tour without being signed up, Art (the dealership owner) was able to talk to some people from Polaris to figure out what was going on.  There was either a huge miscommunication or a lack of communication (or both) between the dealership and the factory.  The tours were all first come, first serve and we were simply too late.  After a lot of back-and-forth, a rep from Polaris agreed to personally give our group a tour at 4pm but the factory lines would no longer be running and that would also mean a very late ride back.  Art offered to stay with the chase vehicle for anyone who wanted to.  I don't know whether anyone did.  Art seemed like a really nice guy and certainly tried to make things right but this was a disaster.

Most people in our group were pissed off, and rightfully so.  We had somewhere between 50-100 bikes in our group.  We spent four hours riding very boring (and occasionally dangerous) interstate roads to a factory that we couldn't tour.  Some people in our group made a multi-day trip from out of state!!!  People took off from work, incurred hotel expenses, etc.  This was supposed to be a special experience.  In a word, it was bullshit.

Why was it so packed???  It was American Victory Rally weekend - an annual event for VICTORY owners, not Indian.  I had no idea this was going on but whoever organized this event certainly should have. 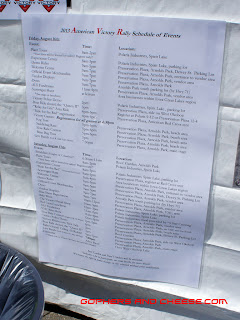 There wasn't even lunch provided or anywhere on the property you could buy food.  All we could do was walk around the parking lot.  I took a few pictures, but I didn't ride all that way to Iowa to look at Victory motorcycles in a parking lot. 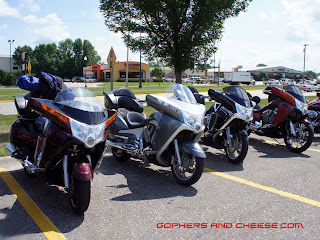 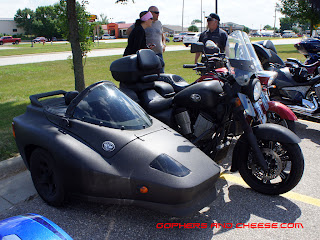 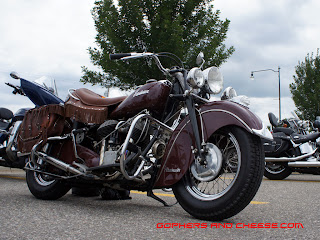 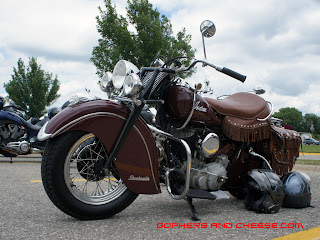 Clouds were rolling in and the temperature was dropping, not unlike the spirits of everyone in our group.  So what happened next?  Learn how a few of us squeezed lemonade from this sack of lemons in Part 3...