I took Friday off from work and decided to join the ride heading out of Indian Motorcycle of the Twin Cities to the Polaris factory in Spirit Lake, IA and be part of the first ever Indian Factory Tour in that facility.  Things didn't quite work out that way, but more on that later...

I got up early and arrived at the dealership around 7:30am.  The weather was perfect!  Knowing that the ride would be roughly 400 miles round-trip, I rode my Road King. 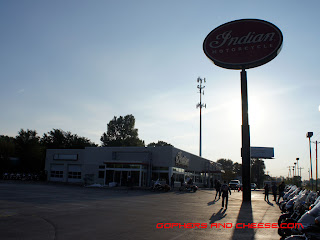 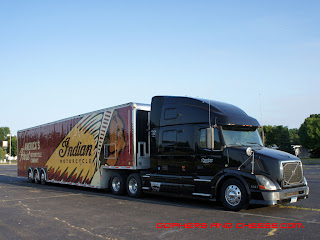 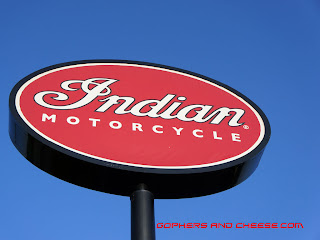 I had initially learned about the ride from the Cyril Huze Post in Cyril's article where he test rode all 3 of the new 2014 Indian models in Sturgis.  After that, I found the flyer on Indian Motorcycle of the Twin Cities' website.  I had no idea if it would be a big group or small group going and all I knew about the agenda was that we were supposed to leave by 8am, arrive at the factory by noon, and be done with everything by 2:30pm to head back.  I was pleasantly surprised to see a decent turnout and a nice mix of Indians, Harleys, Triumphs, and others.  I would guess there were 50-75 bikes when we started and we picked up more along the way. 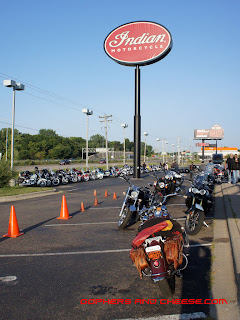 I checked out the dealership, which I had never been in before.  They sell both Indians and Triumphs.

Beautiful sunrise on a Bonneville: 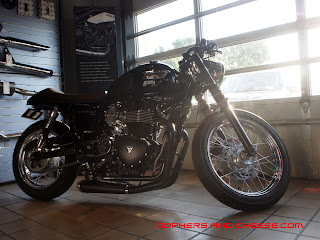 I liked these old Indians on display.  The green one is a 1939 Cheiftan by Kiwi Indian. 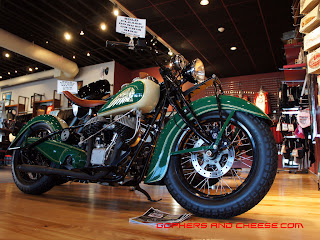 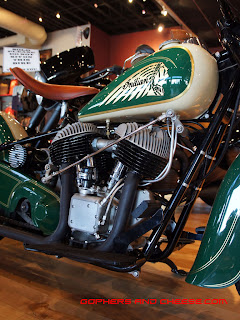 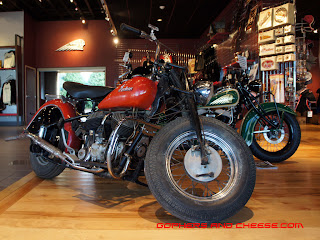 Speaking of the Cyril Huze Post and Kiwi Indian, Cyril Huze was in attendance and so was "Kiwi" Mike Tomas.  Both were invited as special guests on the ride.  Here they are checking out Mike's ride for the day. 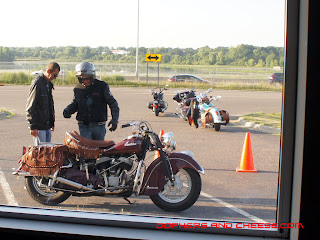 Here are some better shots of Mike's bike at a gas station in Blue Earth, MN. 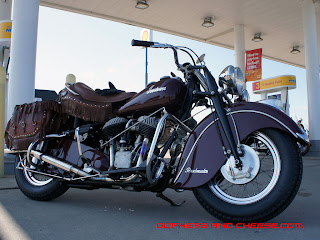 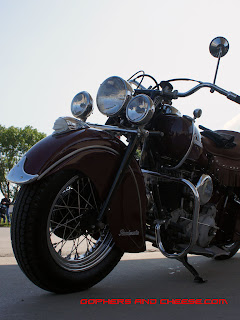 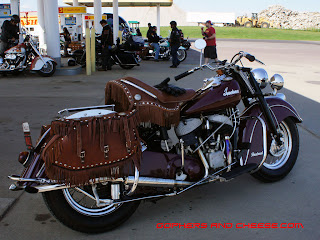 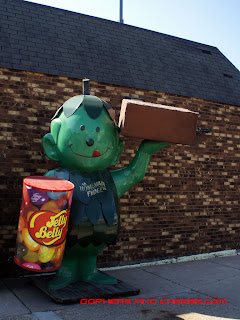 At that same stop, I met and talked to Cyril Huze.  Here are a few photos of him on the 2014 Indian Chief Classic he was riding, including one of him with Art Welch, owner of the Indian dealership. 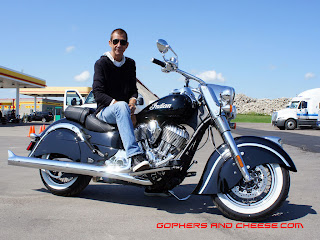 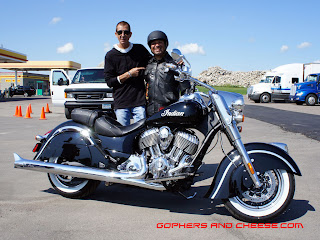 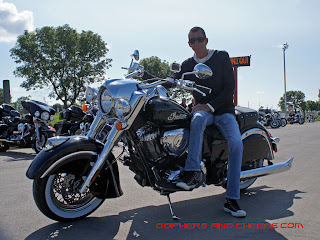 Sunshine and smiles give way to clouds and an emotional roller coaster in part 2...