Full Tilt Boogie 2013 was a great time, if you couldn't tell by the fact it's taken 12 posts to share photos from it.  It's been a while since I posted photos of my own bike at the show so here it is. 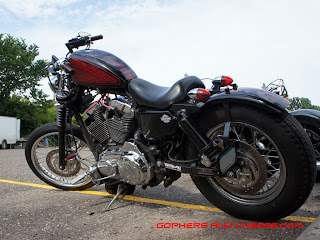 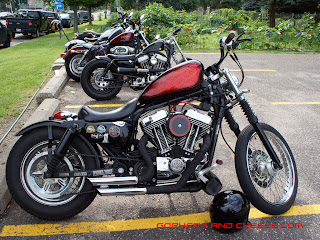 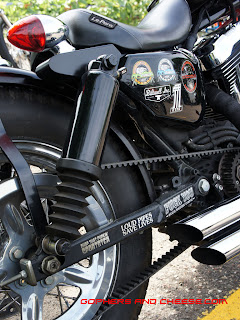 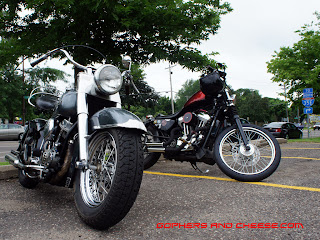 Since I couldn't figure out which post it belonged in, here's a very chrome softail that at first glance looks like a hardtail.  Unlike most bike shows that I share pictures from, you might have noticed that this was the only evo big twin (one pic out of 165 posted).  That should say a lot about Full Tilt. 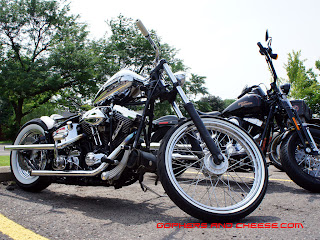 Overall, the day drew a big crowd and a lot of great bikes. 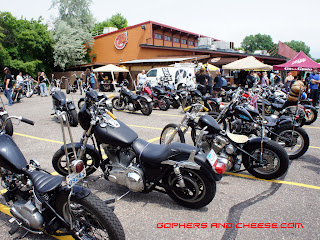 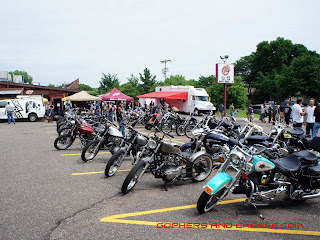 Raffles were held throughout the day but I didn't win anything.  Here you can see a typical crowd during a raffle. 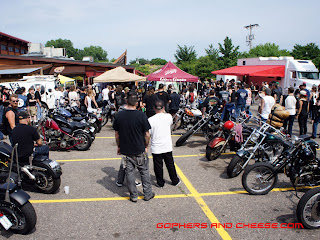 Music was inside and started at 5pm and three bands/artists performed.  I really liked Droids Attack (I had never seen them before) and ended up talking to the band and getting two of their CDs after the show (Must Destroy and Fatal/Error).  I commented about the Sinistar logo on their drum set and we got into a conversation about vintage arcade games.  Cool guys.  I've been listening to their albums quite a bit since picking them up. 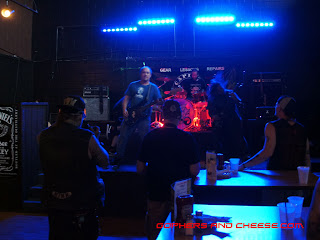 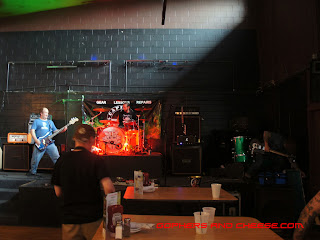 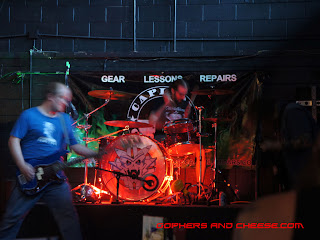 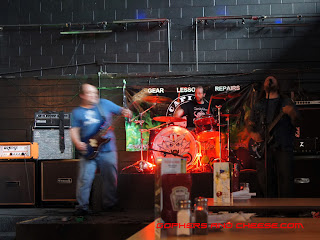 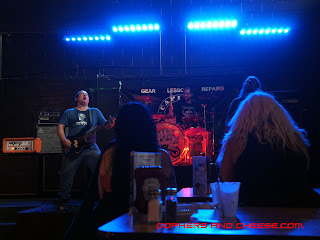 Witchden was the last band to take the stage and they sounded good even though their vocal style isn't what I typically prefer.  I saw them last time and I liked them better this time. 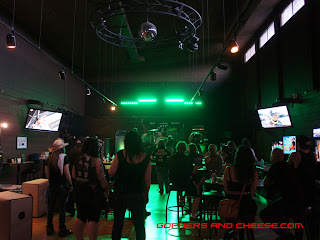 I stayed for most of the Witchden set and headed out as the sun was going down.  This was the parking lot as I was leaving. 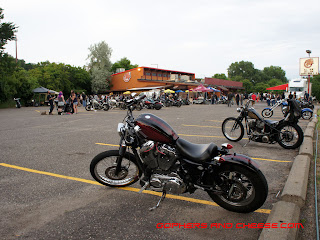 If you missed Full Tilt this year, you definitely missed out. Seriously... what's wrong with you?