I first saw the tank for Dave Polgreen's Black Orpheus at the Chopper Art Show 2.  It was painted by Tom Fugle and I had never seen anything like it.  The hand-painted image against the wild iridescent background was amazing and I have no idea what technique was used to achieve it.  Then I got to see the whole bike at First Thursday at Dulono's Pizza.  It was simply incredible.  To me, the sissy bar and tail light look vaguely like the sword from Soul Caliber (not a bad thing), but perhaps that's just me.  I believe Dave is showing this bike at the 2013 Brooklyn Invitational Custom Motorcycle Show in September, a well-deserved honor. 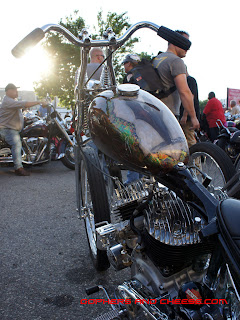 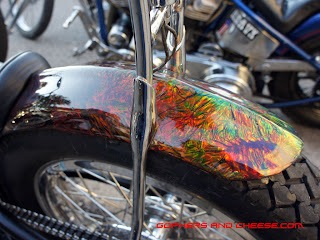 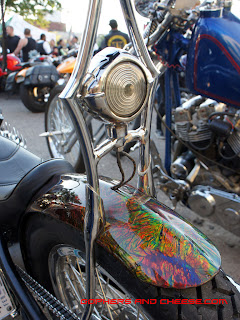 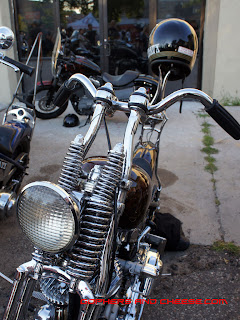 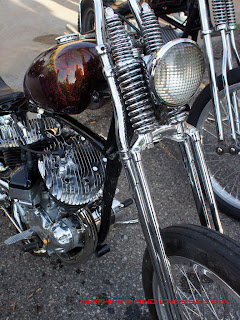 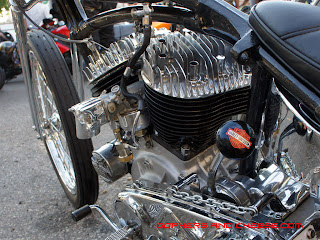 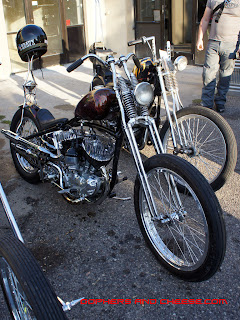 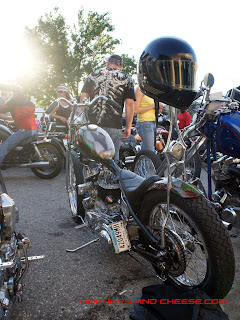 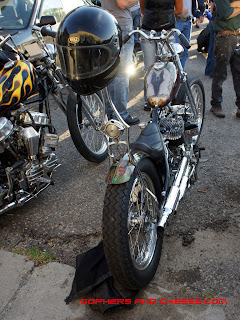 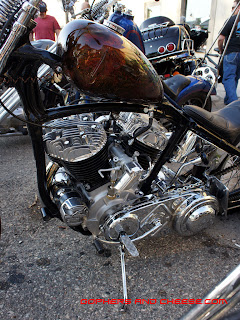 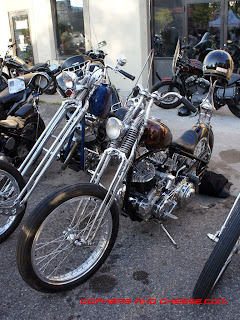 Well, if you couldn't tell by all the pictures I took, August was a very good month for First Thursday.  There was a big crowd... 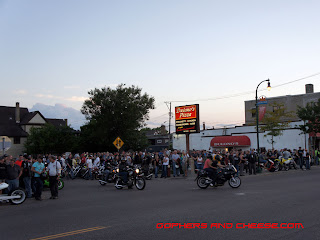 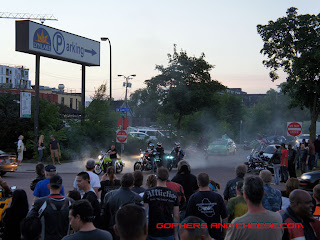 ...and I stayed until the parking lot started to clear out. 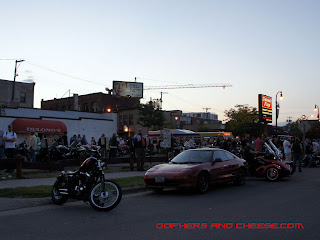 The reason I keep coming back to First Thursday over and over is the wide variety of bikes and constant newness.  You never know what people will ride in on.

Nice photos of Black Orpheus - an amazing piece of art. Thank you for the time and effort you put into your blog. My goofy work schedule doesn't provide me with many opportunities to get to some of the better bike events in town. For those events that I can't attend, Gophers and Cheese often contains a great recap!