5 Reasons Why I Need A New Rear Fender

Just over a year ago, I finished reworking the back end of my Sportster after my homemade sissy bar finally snapped.  One of the biggest changes I made was going to a swingarm-mounted fender.  Here are some links to some of my fabrication steps (here, here, here, here, and here).  I made the brackets and mounted the fender nice and close to the tire.  Here it was when it was still a work-in-progress: 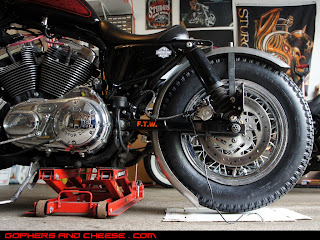 The fender is secured to the two braces using bolts and locknuts (two bolts per bracket) with metal and rubber washers sandwiched in between.  The brackets were flat and the fender has a subtle curve so the rubber washers helped join those surfaces and I hoped they might provide some vibration relief.

A year later, I've got problems...
Here is the chipped paint / dent: 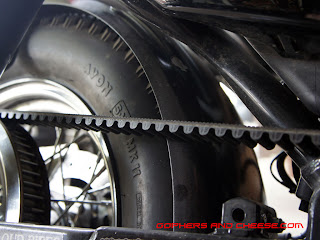 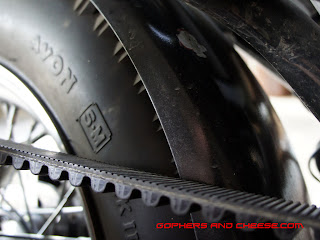 Here is the bubbled up paint and "orange-peel": 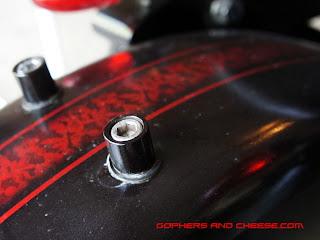 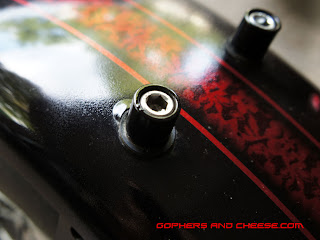 Here is the crack (wide enough to get my fingernail in there) but the crack does not go all the way across (not even halfway): 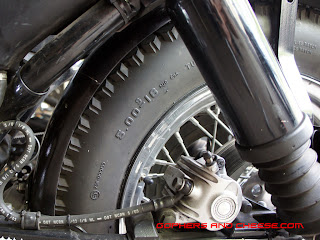 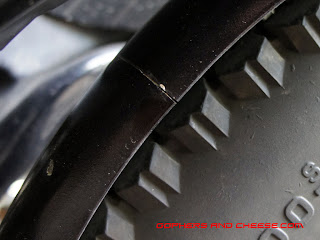 I also mentioned that I can't carry anything.  Back when I first made it, I drilled holes in the top of the main fender brace to allow to me to put bungee nuts on there but I never really thought "two" was an adequate number of mounting points to secure anything so I never installed them.  The only way I can carry any gear on this bike is by wearing a backpack.

My best guess is that the fender whacking the frame multiple times (stupid Minnesota potholes) caused most of this damage.  It was made worse by the mounting decisions I made where the brackets did not follow the precise curve of the fender and the fact I chose not to weld the fender and used rubber washers instead.

I have some theories regarding how to do it better next time:
I'll be tackling this as my main winter project this year.  I welcome any other suggestions that don't involve hardtailing the frame.