For the past 21 years, The Joint has thrown a pre-Sturgis party called the Hog Feed.  This year was my 5th attending the Hog Feed and it was the worst weather of the years I had attended.  While it wasn't a wash out, cloudy skies, occasional rain, and wet roads kept many people from attending and prevented many of the usual activities from taking place. 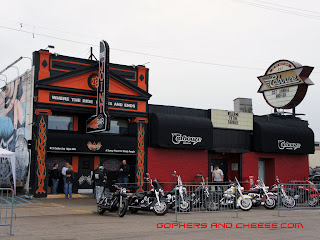 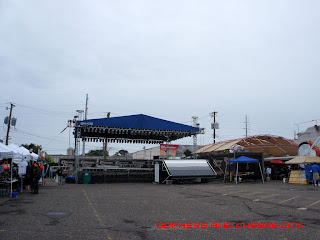 I like The Joint even though I don't get over there very often.  They cater to bikers, the drinks are cheap, and the food (particularly breakfast) is surprisingly good. 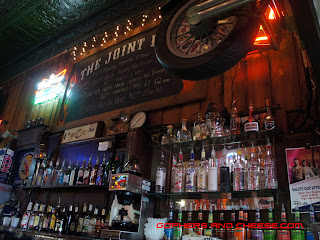 I rode my Sportster. 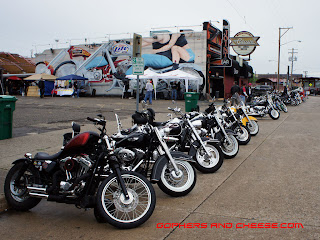 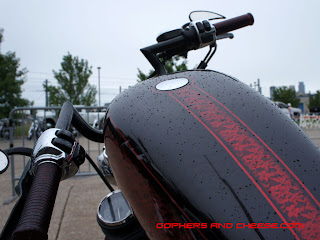 The crowd of bikes was your typical Harley fare without too many standouts.  After attending 3 amazing custom bike shows in a row, it was a bit of a letdown from that standpoint.  That said, I liked a few bikes here and there. 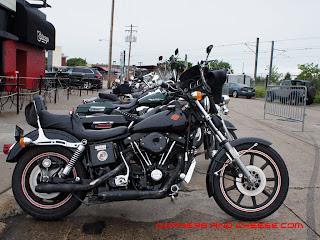 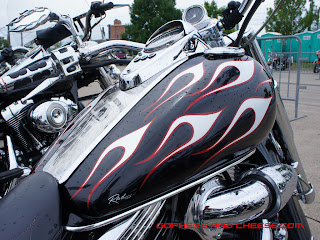 I like the retro look of this Heritage but I don't understand bullet hole stickers. 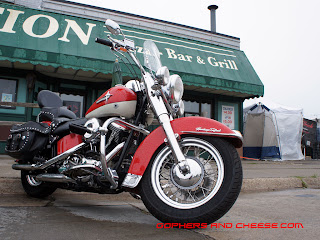 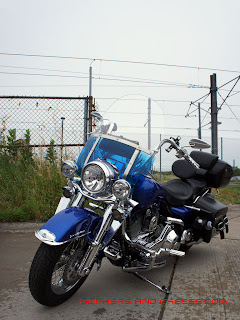 Pie Essentials was there selling... um... "novelties" out their piemobile. 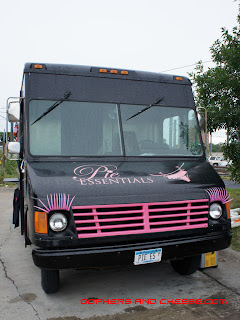 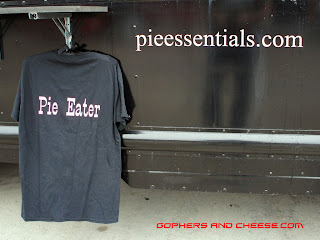 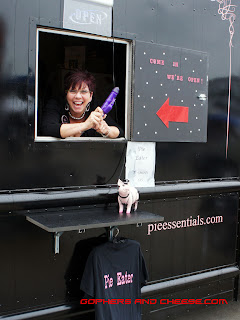 While the assortment of Harleys was rather bland, the boys from Authority Stunts unloaded their two stunt bikes and decided to tear it up even though the road was still a little wet and rain was likely. 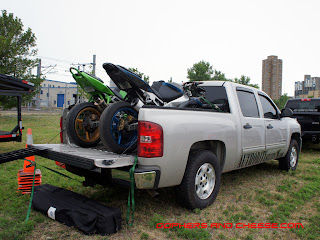 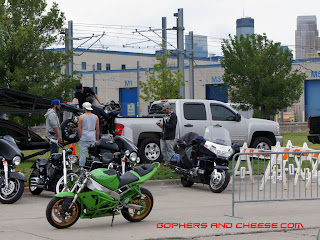