As the day went on, the deck at Ma Rad's Rumble on the Deck got really full.  The weather was beautiful. 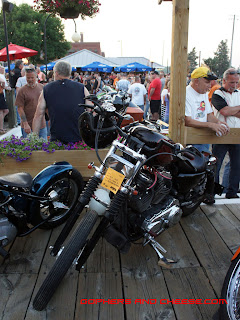 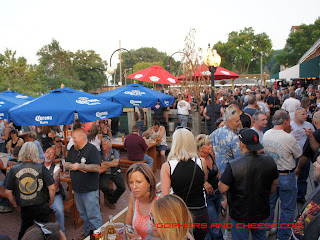 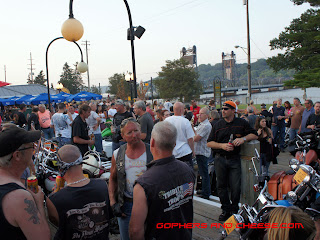 Like I mentioned before, most bikes were Harleys and there was a lot of diversity among the Harleys too.  Check out this 1974 Harley Baja 100. 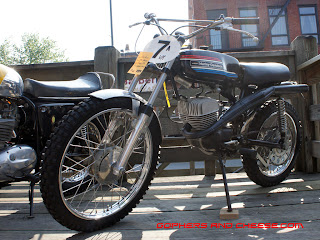 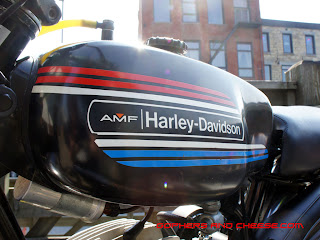 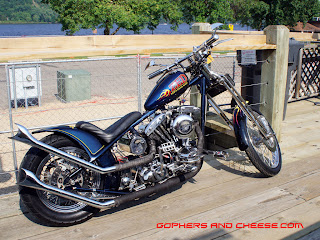 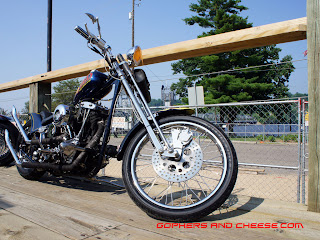 I liked this green shovel. 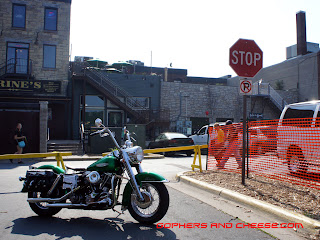 I also really liked this softail. Such a classic look. 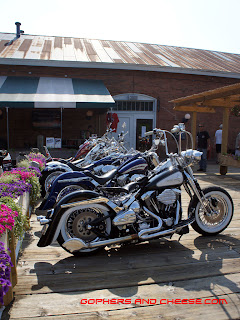 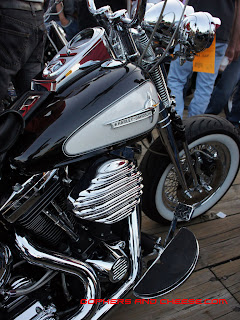 I'm not sure what model this is but it's like a Sportster and an old Harley had a baby.  Maybe someone can educate me. 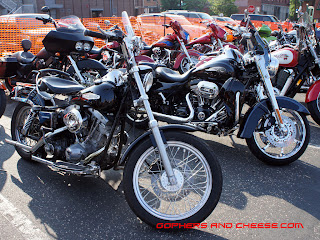 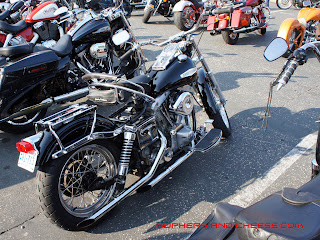 I think the most extreme Harley was this bike complete with leopard-print accents and Cadillac taillights. There's a lot going on here.  Take it all in... 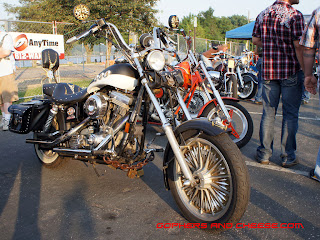 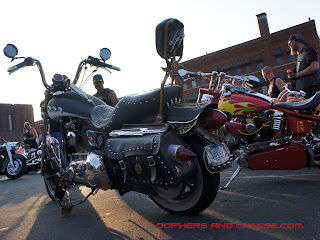 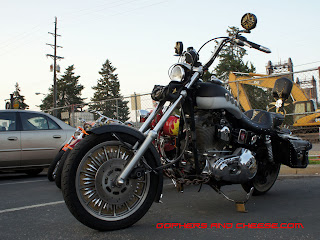 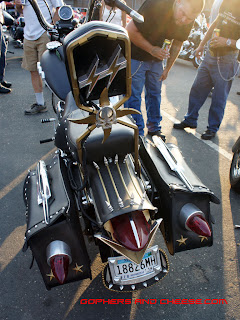 While that last bike is an eyeful, these shovels were outstanding.  As if the bikes weren't cool enough (and they were awesome), both riders had Biltwell Gringos and it was the first time I had seen the helmets in person.  In my opinion, these are the type of bikes that really belong in a chopper show. 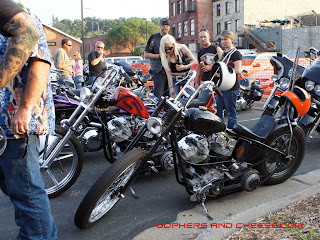 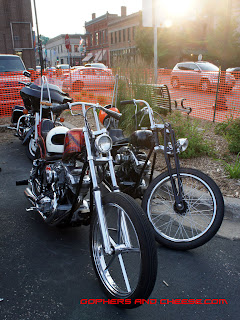 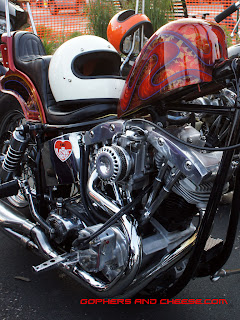 What, no Sportsters?  Relax.  I'm saving them for the big finale.