While most bikes at Ma Rad's Rumble on the Deck were Harleys, there was a lot of diversity in the non-Harley bikes that showed up.  As you walked the parking lots, there were some cool cars that showed up too.  Wouldn't the world be a better place if there were more Plymouth Prowlers on the road? 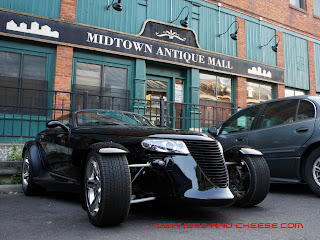 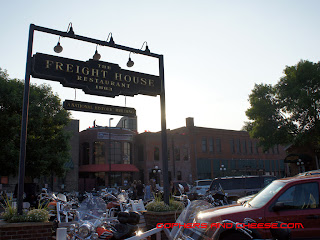 Inside the Freight House, there was food (included in the low price of admission).  I had a brat, some BBQ chicken, cole slaw and some Oreos.  Cookies and milk is for sissies.  Cookies and beer is for badass hardcore bikers... or so I'm told. 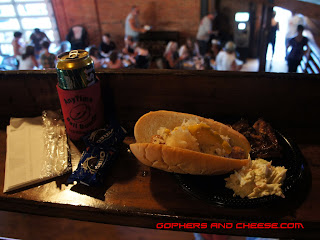 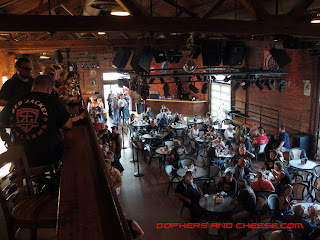 Back to the bikes... Here is a pair of Japanese choppers. 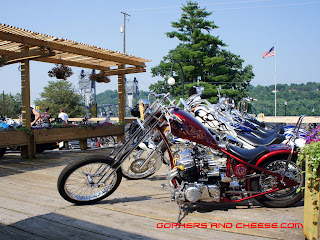 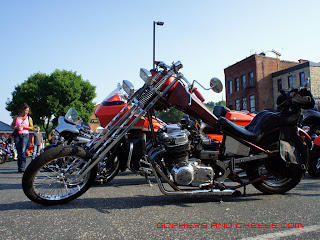 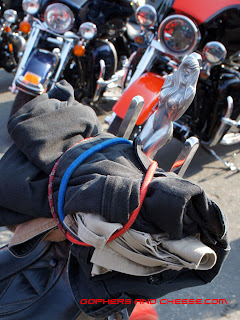 Here's a pair of BSAs: 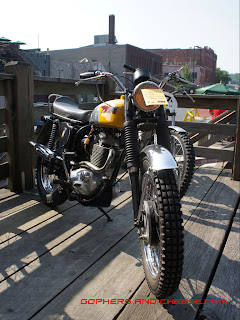 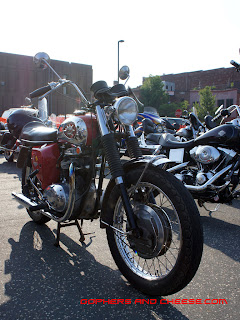 This is one of the more unusual sport bikes I've seen.  The style is slightly dated and it's pretty banged up but it definitely stands out in a crowd. 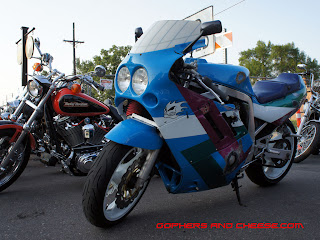 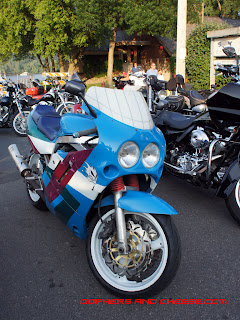 Then, of course, is the extreme modern chopper.  This bike gets points for being different but it's definitely not my style.  I think the giant oil tank is actually the gas tank (maybe it's a combo - I didn't look that hard).  The front-end is interesting but, by far, the most striking feature is the view of the engine from the seating position.  All you see is chrome. 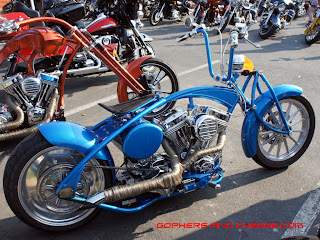 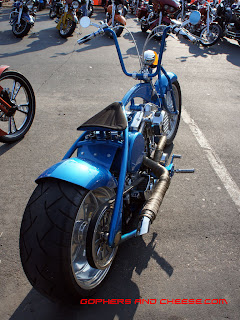 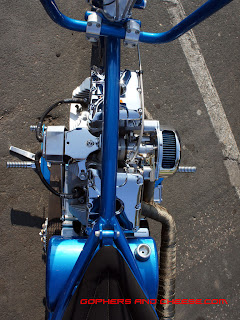 This post seems to be lacking focus so, in the words of Mighty Mouse, "here I come to save the day" and I'm just going to pause here.  Harleys, including a ton of Sportster photos, are what's up next. 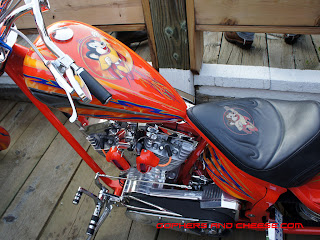 Email ThisBlogThis!Share to TwitterShare to FacebookShare to Pinterest
Labels: Bike Show, Rumble On The Deck, Stillwater