Ma Rad's Rumble on the Deck was last Thursday evening at the Freight House in Stillwater.  It was my 4th year attending.  I left work a little early and rode out to Stillwater early enough to actually get a spot on the deck!  Mine was the first Sportster entered in the show and, yes, there was a specific Sportster class. 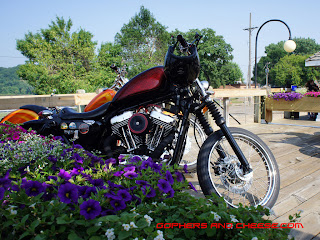 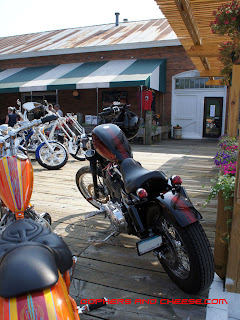 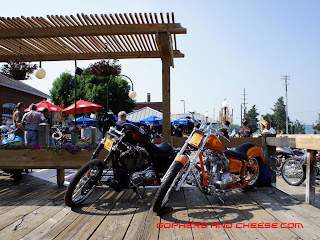 Traffic was heavy, likely due to road closures.  I can only imagine how messed it up was later on during peak rush hour.  Even the parking lot outside the Freight House was under construction.  It made for a tough parking situation.  I was quite happy to have a spot on the deck. 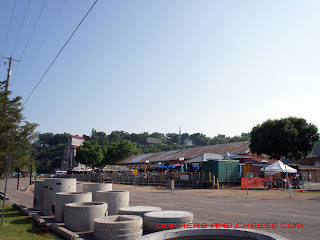 I spent the whole evening out there and took a ton of photos.  Love 'em or hate 'em, let's get the baggers out of the way first. 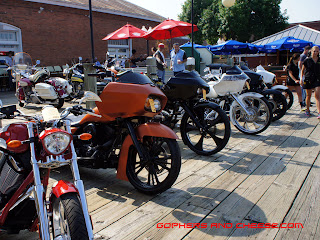 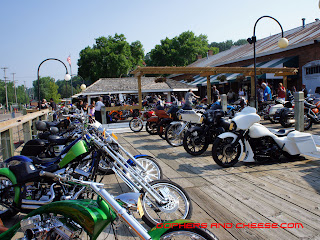 While not part of the show, this bike in the parking lot had some of the longest floorboards I have ever seen. 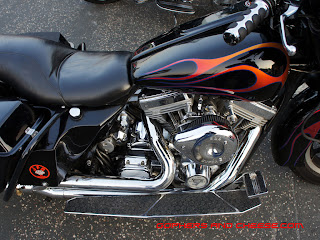 Back on the deck and in the show, this 2011 Road Glide was clearly a tribute to Harley-Davidson.  The airbrushing was very well done. 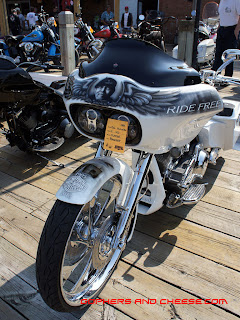 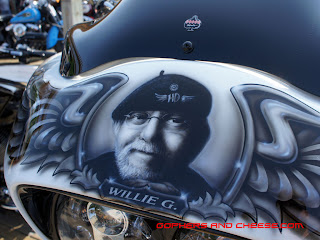 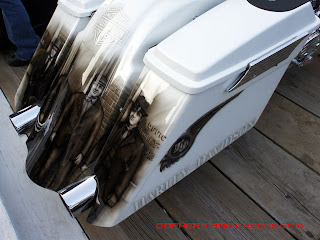 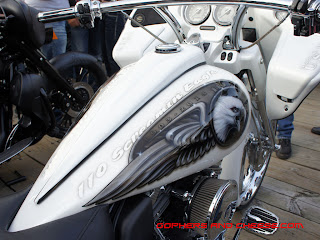 However, the paintjob I really loved was on this 2012 Street Glide.  The Day of the Dead (Dia de los Muertos) artwork was absolutely beautiful. 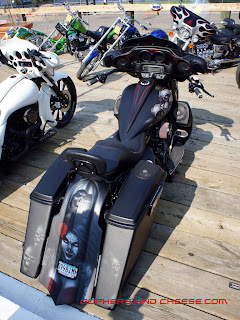 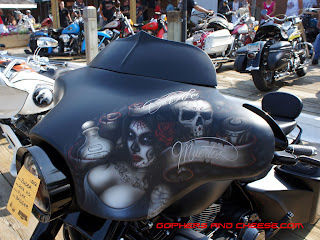 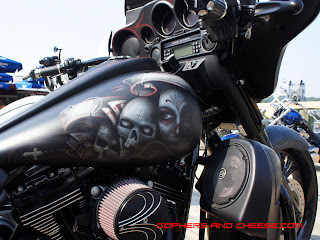 Come back all week for more pics from the show and then come back after that for Full Tilt Boogie pics!