Dulono's Pizza was busy when I arrived but it wasn't packed quite yet. 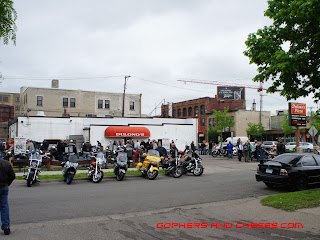 I wanted to give it some time for the crowd to build and I've been meaning to check out a place nearby so I took a walk. I passed some nice murals. 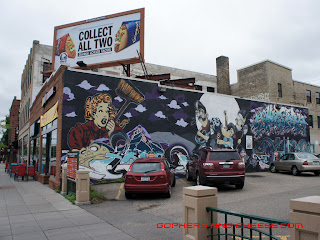 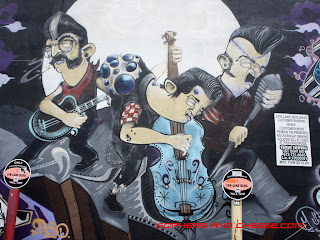 My destination was Rusty Quarters Retro Arcade.  It's right next to Bryant Lake Bowl (another excellent destination if you've never been) and an easy walk from Dulono's.  It was my first time there and I think it's going to become part of my First Thursday tradition. 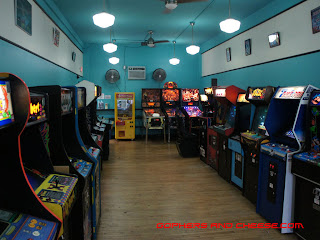 I dropped $5.00 in the machines and had a blast. What I particularly loved is that they had a lot of games with controls that are nearly impossible to replicate via a console or emulator. Examples include Defender, Asteroids, Q-Bert, Tron, Centipede, and more. Certain games were made for 2-way and 4-way joysticks that an 8-way joystick or analog stick can never replace.  If you've never played Defender on a real arcade cabinet you have no idea how hardcore and difficult that game really is (up/down stick, button to reverse direction, button for fire, button for thrust, and button for smart bomb).  You can also play Asteroids and Space Invaders the way they were intended (buttons only, no joystick).  They even have a Medieval Madness pinball table in the back, which is my favorite pinball game. 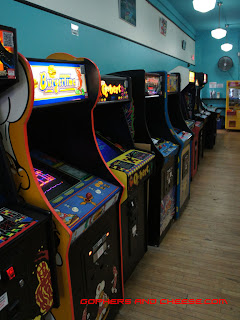 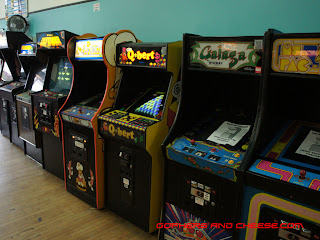 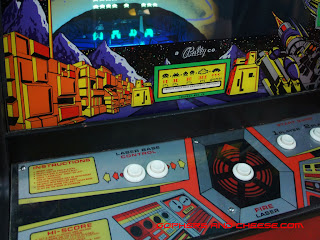 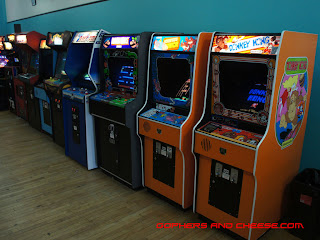 I could go on for hours about the beauty of vector monitors and things like that but let's get back to the bikes!  When I returned, the crowd was significantly larger. 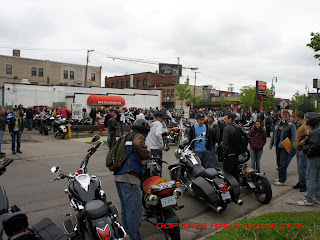 Check out this beautiful old Harley. Where's the sidecar? 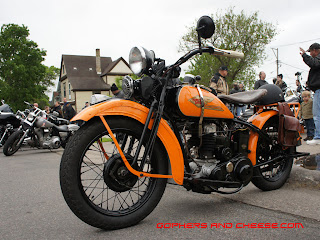 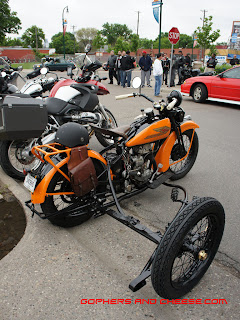 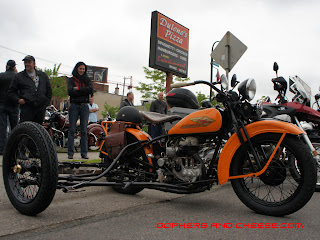 Another tough-looking Harley.  He has the same front fender as I do. 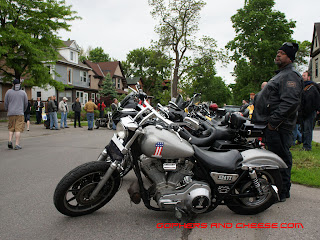 I liked this hardtailed Yamaha chop. 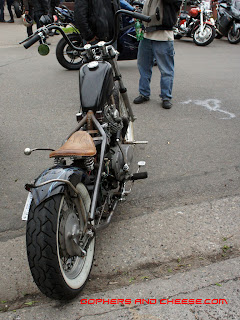 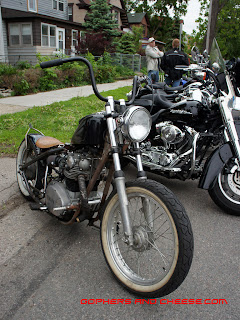 Still more photos to go!  Come on back.